Wandavision emerged as one of the most popular TV shows of 2021 in mid-January. The popular Marvel show, starring Elizabeth Olsen and Paul Bettany, takes place directly after the events of Avengers: Endgame, and pays homage to many of the classic TV eras of the 20th century.

In order to give Wandavision an authentic feel, the show was shot in front of a live studio audience and several episodes were filmed in black and white. Wandavision’s nostalgic vibe entertained many of the show’s older viewers, but filming in black and white was not an easy task.

Wandavision’s VFX director, Tara DeMarco, recently shared her thoughts on some of the surprises she faced while shooting the show in black and white. 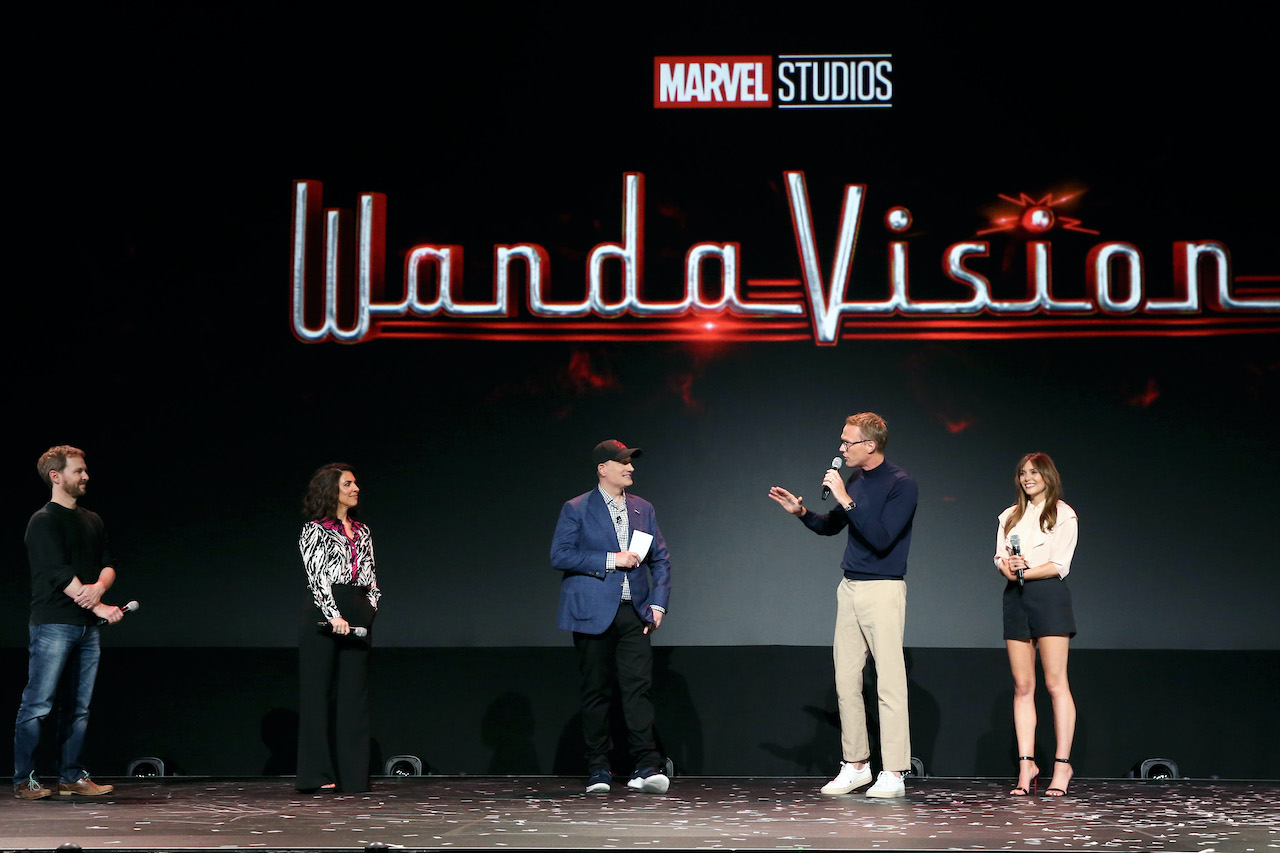 According to Demarco, the biggest surprise came when she saw what everything on set looked like after color was finally added to the black and white.

“The most surprising thing about working in black and white is then looking at the color,” Demarco said during a recent interview on Marvel’s YouTube page. “Because you’ll see some crazy colors that were done with our production design and our costume department ‘cause they all knew they would film better.”

In a separate interview on Marvel’s website, cinematographer Jess Hall admitted that it took a lot of collaborative effort to make Wandavision’s black and white coloring work.

“You’d look at a set, a wardrobe, or my light, and everything just hopefully would just coagulate into a beautiful alchemy of period authenticity,” mentioned Hall. “It was a lot of cross-departmental work.”

Later in her interview, DeMarco admitted that working with Bettany—whose character, Vision, has a unique reddish-purple color, was particularly difficult in black and white. His costume made it difficult for his facial features to translate to the screen.

“Red films quite dark on the sensor, it just goes super, super dark and unreadable,” Demarco said. “We were losing Vision’s features, so we did two days of makeup palette testing, where we tried all different shades of blue, and different shades of sheen. Because some of that performance, we keep.”

DeMarco also noted how expressive Bettany is on screen, and feared that his dramatic performance would be lost if too much computer-generated imagery was used.

“Some of that face is the real face. And we augment it with CG, clearly, but Paul, as an actor, is so expressive, and particularly when he was channeling his sitcom self, he was so expressive. And we didn’t want to lose any of that.

Interestingly enough, Bettany has his own thoughts about the challenges of playing a character with such an odd color.

“An awful lot is going on when you’re purple, you know what I mean? Bettany told BBC Radio 1. “You kinda gotta slightly back off the performance a little bit because you’re purple.”