Brad Pitt and Leonardo DiCaprio spoke with The Sunday Times about the film by Quentin Tarantino, Once Upon a Time in Hollywood, which is set in 1969. The pair both star in the movie. During the interview, Pitt spoke about the Harvey Weinstein scandal that rocked Hollywood. He suggested that it shook Hollywood just as much as the infamous Manson Family murders. 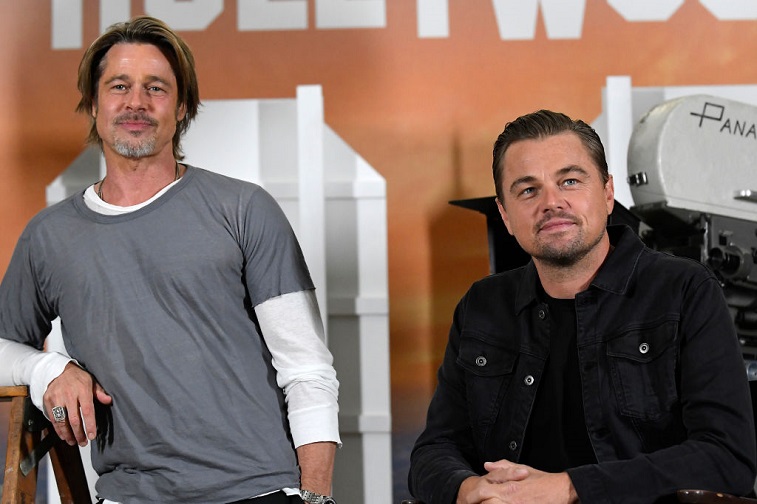 The two actors were asked what, if anything, had rattled Hollywood in the same way the infamous murders committed by the Manson Family had. Pitt said, “Harvey Weinstein. Is that bad taste? It’s more that I think we’re getting recalibrated. But [this time] in a good way.”

More than 80 women have come forward and accused Weinstein of a slew of charges, including harassment in some form or sexual assault. The list of accusers includes Cate Blanchett, Kate Beckinsale, Cara Delevingne , Rose McGowan, and many more.

Weinstein faced allegations ranging from rape to sexual assault in October 2017 after an explosive New York Times investigation published accounts of numerous women in Hollywood that suffered such fates by Weinstein.

The Manson murders are still popular in pop culture today 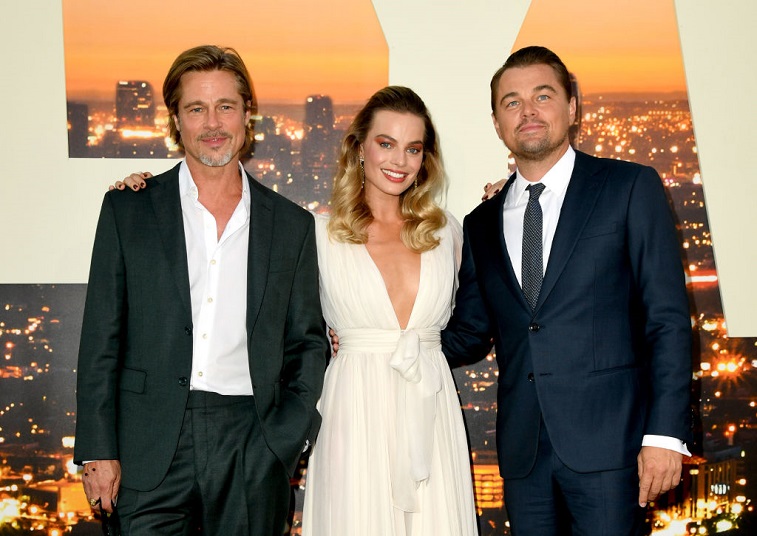 DiCaprio spoke with The Sunday Times about the infamous murders committed by the Manson Family. He described it as an end to an era completely.

“When my parents described it, it was as the end of this idealizedrevolution,” said DiCaprio. “My parents are still hippies, but it was the lossof this dream. As Quentin describes, you sort of portray this utopia, but thereis a mildew around the canvas that brought the darkness of humanity into playand ended a lot of my parents’ hopes for how they could infuse that ‘love andpeace’ ideology into the rest of the world. It all sort of crashed, and endedso much that some talk of it as a conspiracy. It was the total end of an era —immediately.”

The murders took place in August 1969 when fourfamily members of the Manson clan broke into the home of director RomanPolanski and his adoring wife, Sharon Tate. Tate was an actress and eight and ahalf months pregnant. Polanski was out of the country when it happened, andTate and her friends were murdered in cold blood at the home.

The new film that was released overthe weekend is estimated to earn $40.4 million in the U.S. and Canada. Thisis a personal best for Tarantino, as the show takes the No. 2 spot at thisweekend’s box office. His previous highest earning opening was for InglouriousBastards bringing in $38.1 million in the first weekend.

The new movie is Tarantino’s 10th movie as a director. Both Brad Pitt and Leonardo DiCaprio star. DiCaprio plays a once-famous TV star, Rick Dalton. Pitt plays his stunt double and friend, Cliff Booth. The duo navigate the mean streets of Hollywood and even meet Sharon Tate along the way.