The Supreme Court will decide on FCC’s years-long push to relax media ownership rules, but under which president?

The future of the local TV industry could very well come down to who wins Tuesday’s election between President Donald Trump and Joe Biden.

Early next year, the Supreme Court will decide on a decades-old legal battle centered around the Federal Communications Commission’s attempts to make local media ownership rules less restrictive. The result could have a far-reaching impact on one of the oldest businesses in the TV industry.

Local media, particularly TV stations, have been forced to abide by strict rules that stipulate, among many things, that no one company can own more than one of the top four stations in any single market. At the same time, there is a ban on in-market consolidation of stations if the result would lead to fewer than eight independently owned stations (called the “Eight Voices Rule”).

“If Trump wins and the court sides with the FCC, consolidation is a foregone conclusion,” Sahak Manuelian, Wedbush’s managing director of equity trading. “What kind of disrupts this is if Biden wins and the FCC was turned to Democratic control. This agency now would probably, or likely, look to enforce stronger broadcast industry rules.”

Local media is caught between a rock and a hard place. There is a very real fear that loosening the ownership rules could lead to a massive wave of consolidation, led by already large station groups like Sinclair (which has been accused of having an openly partisan bias toward conservatives). At the same time, broadcasters, particularly stations in small markets that aren’t owned by one of the major station groups, are wary of going under because they’ve been elbowed out of the advertising market by larger, nationwide players.

In 2017, the FCC, led by Trump-appointed chairman Ajit Pai, proposed changes that would strike down the “Eight Voices Rule.” Additionally, the FCC voted to remove a 45-year-old rule that bars one company from owning a TV station and newspaper within the same market (although a few exceptions have been made), along with restrictions on local media advertising. Successfully vacating the “Eight Voices Rule” could give the FCC precedent to eventually throw out the Top 4 rule.

The FCC’s changes were overturned last year by the Philadelphia-based Third U.S. Circuit Court of Appeals, which essentially told the agency to try again, finding the commission “did not adequately consider the effect its sweeping rule changes will have on ownership of broadcast media by women and racial minorities.” The FCC and the National Association of Broadcasters each petitioned the Supreme Court separately to overturn the appeals court’s decision. The Supreme Court rolled up both cases into the same hearing, which could come right before Inauguration Day.

Proponents of the FCC’s desire to change the ownership rules argue that the current rules are badly outdated, formed at a time before the internet and national cable networks upended the local media model. Local TV and newspapers, in particular, have struggled to adapt to the internet age against deeper-pocketed national networks and internet giants like Facebook and Google.

In major markets like New York and Los Angeles, local TV stations are owned by the networks themselves and thus better protected from the financial hardships many local stations in smaller, more rural areas, face. In those areas, the local TV stations are managed by smaller companies, and some are even family-owned. The NAB argues it’s become impossible for small stations to compete for ad dollars — still the lifeblood for many stations — against bigger players that have a stronger reach. 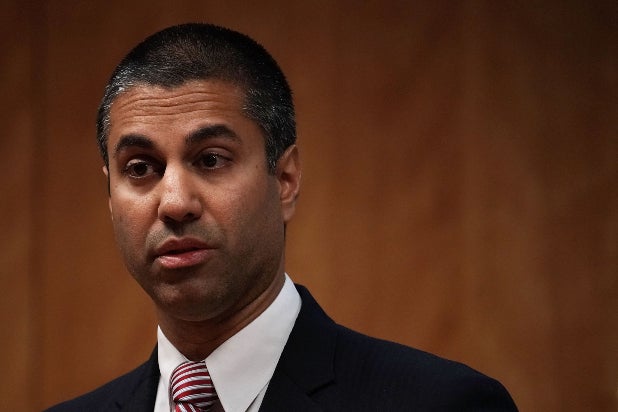 “It’s hard to compete if you’re one of the smallest stations in your market,” the NAB continued. “Good journalism requires investment for which common-sense changes to outdated broadcast ownership regulations are needed.”

Pai called the Supreme Court’s decision to take the case “a real chance to finally have media ownership rules that better match today’s realities.” He added, “For 17 years, the same divided panel of the Third Circuit has repeatedly frustrated the FCC’s efforts to amend its rules to allow broadcasters to compete in today’s dynamic media marketplace.”

But detractors, including former FCC chairman Michael Copps, fear a massive wave of deregulation and consolidation in local media could threaten American independent journalism and, by extension, democracy itself. “It’s monopolies strangling the civic dialogue and diminishing our democratic foundations,” said Copps, who Copps, who served as acting FCC chairman under President Barack Obama and is now a special adviser for the advocacy group Common Cause. “You have to ask yourself: In a competitive world, how long can it go on without really hurting your country? And how long can it go on without really undermining the foundations of the pillars of democracy?”

Copps strongly pushed back on the idea that consolidation will lead to meaningful investment in independent journalism. “All I can say is BS, and you can quote me on that,” he said. “Oh, we’re going to have better news when we consolidate and dig deeper? We’ve lost 50% of our newsroom jobs.”

Consolidation within the industry has already been happening. Last year, Nexstar closed its $4 billion acquisition of Tribune’s TV stations and last month E.W. Scripps agreed to buy ION Media. In deals like these, the purchasing company typically divests some of the stations in order to not run afoul of the ownership rules. It’s one of the reasons that those Tribune stations did not end up going to Sinclair and why the NAB argues that were the Supreme Court to side with the FCC, we should not expect an immediate wave of consolidation since there would still be safeguards, such as the Top 4 rule, in place.

“Even if the court rules in favor of the FCC, there are still many restrictive media ownership rules in place as well as DOJ antitrust review,” the group said.

At the heart of the case is a mandate under Section 202 of the Telecommunications Act of 1996, which stipulates the FCC review its media ownership rules every four years (called the Quadrennial Review), with the most recent review starting in 2018. These reviews can take years to complete — both the 2010 and 2014 reviews were not completed until 2017, when the FCC voted to loosen the media ownership rules.

The FCC’s petition is focused squarely on the Third Circuit court’s decision to overturn its changes and asks the Supreme Court to decide if they were wrong to do so. The NAB-led petition is asking the high court to rule on whether the FCC is required to prove that its proposed rule changes would not have an adverse affect on minority and female ownership, which was the basis the Third Circuit used to overturn the FCC’s changes in the first place.

There are many different ways the Supreme Court could rule, said Andrew Jay Schwartzman, senior counselor for the Benton Institute for Broadband & Society. Benton is among the groups arguing against the FCC’s position, arguing that since the FCC is hearing two separate petitions, it could choose to side with one argument, while siding against the other.

If the Supreme Court sided with the broadcasters’ petition, Schwartzman warned, it “would have a much, much broader effect and would significantly undermine the FCC’s ability to regulate ownership at all.”

It’s common in cases like this, where there are multiple petitions, for the Supreme Court to “adopt a less radical argument and sort of present it as ‘slitting the baby,’” Schwartzman said. He added that Chief Justice Roberts, who may be wary of Democrats potentially adding more Supreme Court justices if Biden wins the White House, may want to “rein in” the now-robust conservative majority.

A Supreme Court decision should not be impacted by the election. But the cold reality is that it will be, because the FCC’s leadership is influenced by which party holds the White House. And Trump and Biden could not be further apart on just about every major issue.

No matter what the court decides, a Biden administration would lead to big changes at the FCC. Though the regulatory agency is an independent body, commissioners are nominated by the president and confirmed by Congress. The president also gets to pick which of the five commissioners will serve as chairman. It’s customary for the current FCC chairman to resign when a new administration comes into power, as Tom Wheeler did when Trump took office.

The two Democrats on the five-person FCC commission are Jessica Rosenworcel and Geoffrey Starks; Rosenworcel would be a popular choice since she has been on the commission since 2012. One of the three Republicans, Michael O’Rielly, has his seat expire next year, as well. Under Biden, it’s likely the balance of the power would swing back toward the Democrats. The FCC could decide to undo whatever changes may happen during the next Quadrennial Review in 2022.

“Regardless of which party is in charge, there needs to be a recognition that newspapers and broadcasters are competing against consolidated industries that are not bound by the same rules,” the NAB said. “Relaxing ownership rules is a way for local media to compete and sustain local journalism.”

Copps is far more blunt about his hopes of a Biden victory. “I think we all on my side of the issues would welcome just about any change and get the FCC majority and current chairman out of there,” he said. “I am confident that a new administration would be an improvement. But I also know that just electing a new administration doesn’t resolve all your problems.”