Wyatt Russell has seen your memes. After making his debut as the new Captain America in the premiere episode of The Falcon and the Winter Soldier, he’s seen your jokes and all of your big opinions about his role in Marvel’s cinematic universe. And he wants you to keep ’em coming.

“It’s fun to be the Marvel punching bag for a minute,” Russell tells ET following episode 2, “The Star Spangled Man,” which introduces the MCU and viewers to the man behind the shield. He’s John Walker, a decorated Army vet and Medal of Honor winner chosen by the U.S. government to succeed Steve Rogers (Chris Evans) as Captain America.

The actor didn’t have any hesitations about assuming the mantle following Evans’ iconic turn as Cap. “Because it’s different,” he explains. “Obviously, I’m not trying to do what Chris Evans did.” His Walker and Evans’ Rogers are very different characters and intentionally so. “It’s exciting for people to put on to the character, ‘Well, you’re not that guy!’ And you’re like, you know, ‘That’s kind of the point.'”

“That’s what I liked about the character. Polarizing people are fun to play as an actor, and if you do it in a way that is believable, hopefully people really won’t like you. I’ve never really played a very unlikable person, so it’s been super fun, I’ve got to be honest, to have been received that way.” Russell laughs, “Then there are other times where you’re like, ‘But I’m a nice guy!'” 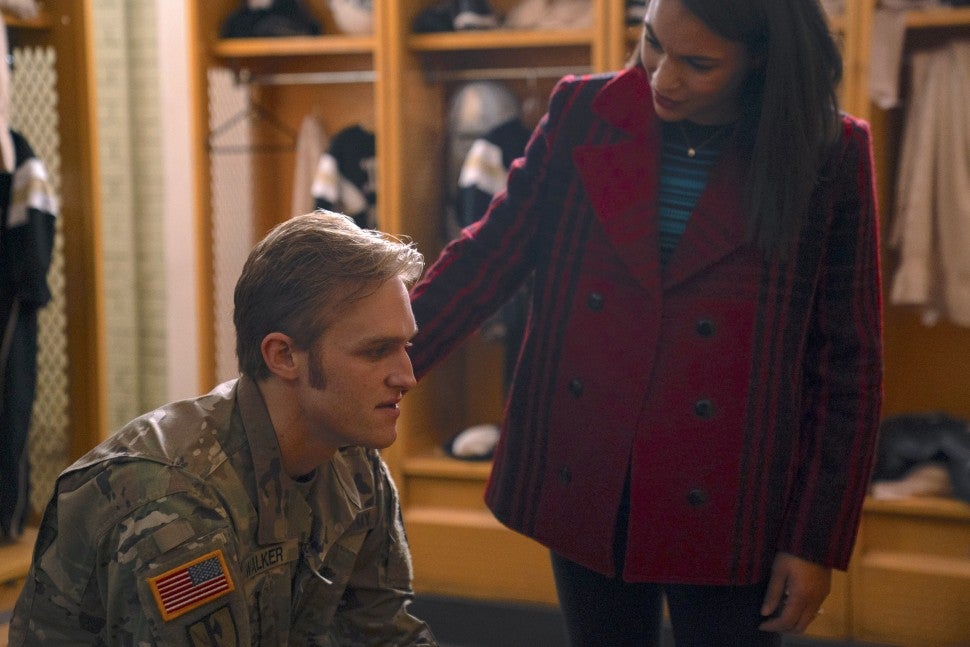 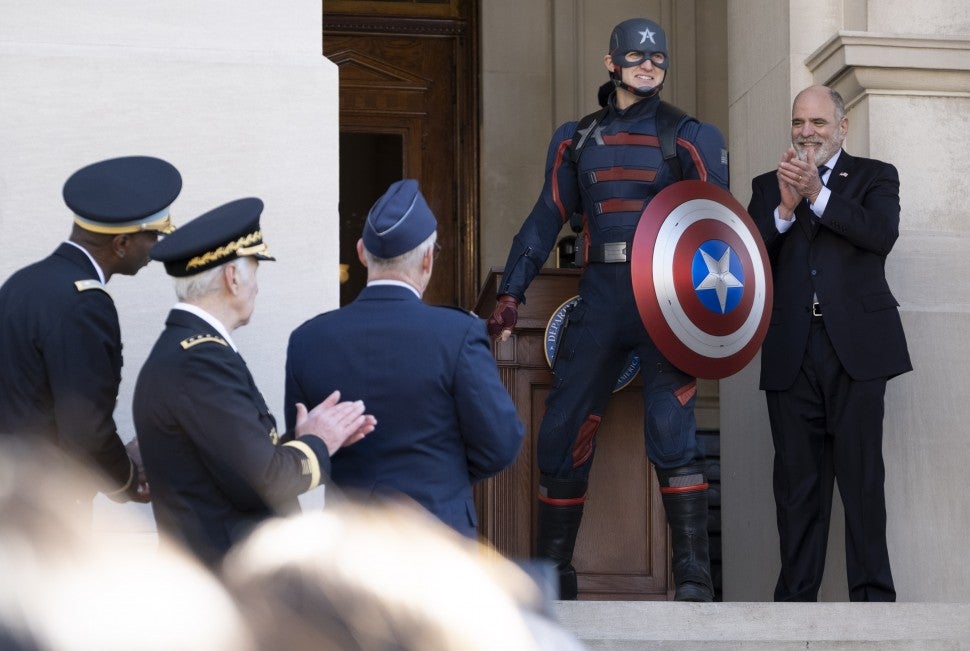 In the comics, Walker began as the supervillain Super-Patriot, before evolving into an antihero better known as U.S. Agent, a hardline Christian, right-wing extremist and super-soldier. In the series, he’s written to be more heroic and upstanding — hence, why Walker thinks he deserves to take up the shield — though his approach to being Cap is increasingly ominous, leavings fans side-eying his true intentions.

“100 percent,” Russell says, then teases, “And you might side-eye the man for more to come.”

Two episodes into the six-episode series, Falcon and Winter Soldier has set Russell’s Walker on a collision course with Anthony Mackie’s Sam Wilson and Sebastian Stan’s Bucky Barnes as the trio must contend with the emergence of a super-powered terrorist organization called the Flag Smashers. Although Sam and Bucky may rebuff Walker’s offer to work together onscreen, the actor can’t say enough good things about working with the duo on set.

“I just texted Sebastian and said, ‘I feel very lucky that I was brought into the MCU with you guys.’ Because as good of actors as they are — which obviously goes without saying — they’re as nice of people,” Russel explains. “They are wonderful people. They are wonderful to be around on set. You never don’t want to come to set… I had a total blast with them every time we were working together.”

As one Captain America came before the next, so too did Russell’s father join the MCU before him. (Kurt Russell starred as Ego the Living Planet in Guardians of the Galaxy Vol. 2.) That gave the actor a leg up on the toughest part of this gig: Keeping Marvel’s secrets. And so, he’s mum on Walker’s future beyond this series (“I just try to do a good job and hopefully this one is good, and it’s good enough to make more — but it’s above my pay grade.”) as well as what’s to come in sequent episodes.

“It is like a vault. I always joke, ‘I have two guys with black suits ready to take me away any moment.’ They’re standing right behind the camera [now] staring daggers into me!” he laughs. And so, Russell has adopted something of a unique system to make sure he doesn’t reveal any spoilers. “I did it and tried to just forget everything for, like, for real. So, I really don’t know the answer to some questions. And it’s much easier to do it that way.”

New episodes of The Falcon and the Winter Soldier stream Fridays on Disney+.