Santa’s little helper? Family are shocked to discover a KOALA has made its way into their home and climbed their Christmas tree

Christmas has come early for one family after an adorable koala made her way into their home and climbed up their tree.

The koala was spotted sitting with the baubles and other decorations on the Christmas tree at a home in Adelaide on Wednesday night.

The Adelaide and Hills Koala Rescue group were called in to remove the unexpected guest, describing the furry friend as the ‘best Christmas angel ever’. 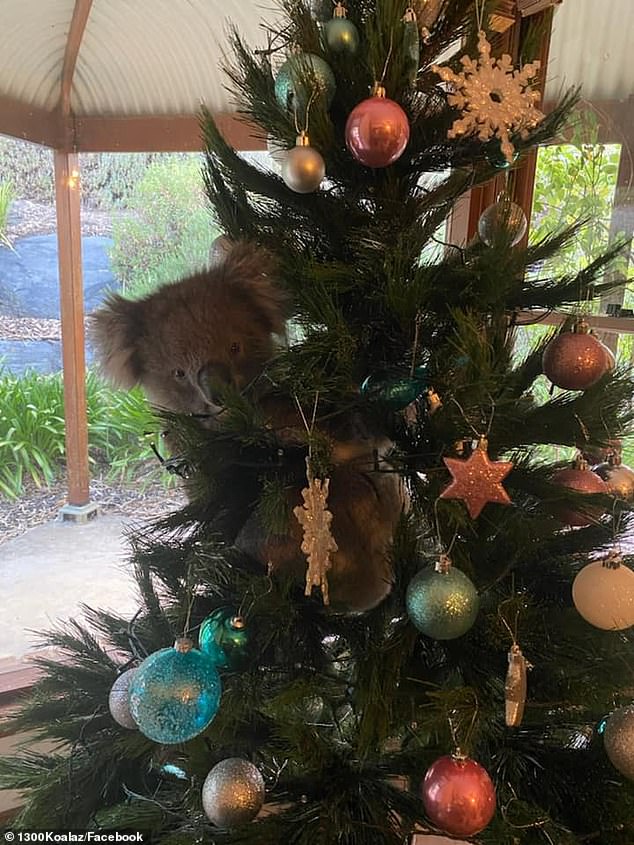 ‘This evening our hotline operator took a call. At first she thought she was the victim of a prank call,’ the group wrote on Facebook

‘Koalas are very curious creatures and if the opportunity presents itself, they will investigate,’ rescuers said.

‘We have rescued koalas in chicken coops, bathrooms, open inspections, children’s prams, bicycles, brooms, toy cars … but a Christmas tree is a first for us.’

The charity group which has been running since August last year rescues and rehabilitates koalas in need across South Australia.

The team said if the adorable animals do make their way into people’s homes, the best thing to do is call for them to be safely removed. 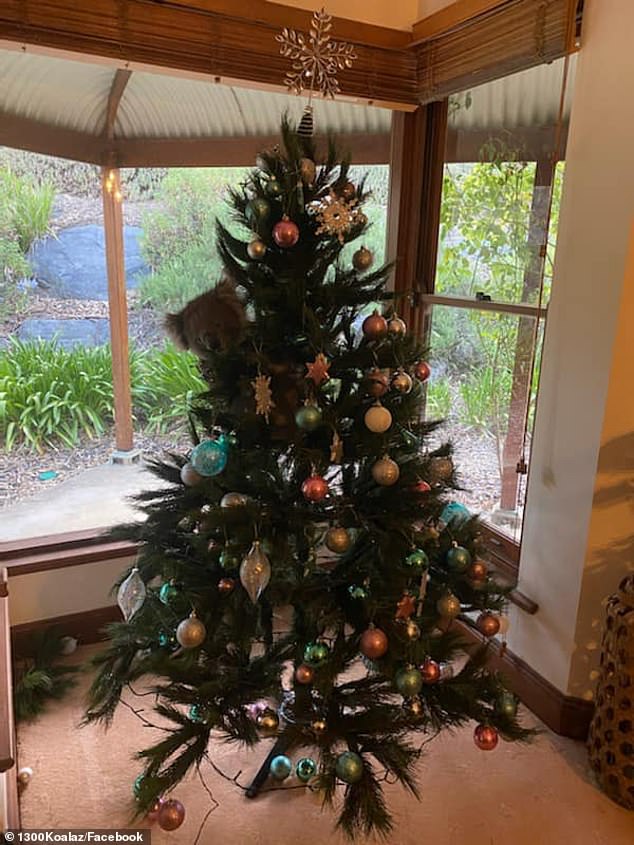 The Adelaide and Hills Koala Rescue group were called in to remove the unexpected guest, describing the furry friend as the ‘best Christmas angel ever’