Johannesburg: Jihadists have massacred up to 50 people in northern Mozambique in the past three days, beheading and dismembering several victims.

The attack is the bloodiest chapter in a grim war that has raged across the gas-rich region in southern Africa since October 2017. 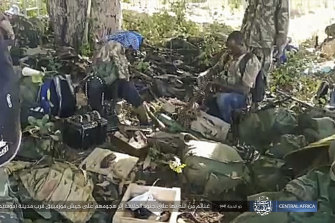 Fighting between the insurgents – who claim allegiance to Islamic State – and the security forces has killed thousands.

The attackers went on the rampage in several villages in the districts of Muidumbe and Macomia, killing civilians, abducting women and children and burning down homes, Bernardino Rafael, commander-general of Mozambique's police force, said.

Journalists in northern Mozambique said some people were herded onto the football field in the village of Muatide and killed there.

The victims were men and teenagers participating in a male initiation ceremony, AFP-SBS reported.

On Monday, aid workers say they found dismembered bodies of at least five adults and 15 boys among trees in the Muidumbe district.

"Funerals were held in an environment of great pain," an aid worker said.

More than 400,000 people have fled their homes, Doctors Without Borders said last week. 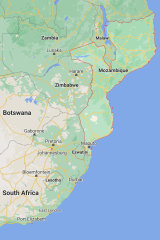 About 100,000 internally displaced people have sought refuge in and around Pemba, capital of the province of Cabo Delgado, the medical charity said, adding that they "lack clean drinking water and are exposed to malaria with barely any protection, while they remain in unsanitary, crowded conditions, increasing the risk of an outbreak of measles, diarrhea or COVID-19".

The NGO said it requires urgent support from the Mozambican government to be able to meet the basic needs of the displaced people.

"If no immediate action is taken, this situation will rapidly deteriorate," Alain Kassa, the Mozambique country director of Doctors Without Borders, said.

The organisation suspended its operations in the towns of Mocimboa da Praia and Macomia earlier this year due to insurgent attacks and shifted operations to Pemba and Metuge where it set up camps for the displaced.

The Telegraph, London, with AP Katie Price strips naked to take dip in bath as she shows off her bath bombs in new business venture
We and our partners use cookies on this site to improve our service, perform analytics, personalize advertising, measure advertising performance, and remember website preferences.Ok