Alan Jones’ election comeback: ‘There will be no walking on eggshells’

Alan Jones hobbles from one recording studio to another aided by a walking stick, though he insists he only uses it “because they tell me to, it keeps me straight and all that".

The 81-year-old, who was at one point arguably Australia’s most powerful media personality, has been waylaid by back surgery for much of this year; 28 hours on the table across four operations. 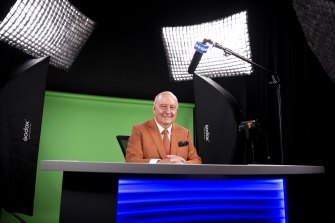 Alan Jones at his new Chippendale studio ahead of the relaunch of his digital television program next week.Credit:Rhett Wyman

The nerve pain was “unconscionable”, he says. “I was hanging on to the bed screaming, they could have heard me at the South Pole. I had to learn to walk again. [But] here I am, I’m all right.”

That’s about as indulgent as Jones gets on the topic of his health. Not one to invite sympathy, he is much more animated when talking about his next project: resurrecting his digital television show Alan Jones, which will go live four nights a week starting on Monday. Treasurer Josh Frydenberg and One Nation leader Pauline Hanson are booked as the first guests – and as ever, each program will begin with Laura Branigan’s Gloria.

Jones’ return in the middle of the election campaign is no accident, and he will have plenty to say about a contest which, so far, he calls “a campaign virtually of nothing”. But he is planning a long-term future, and protégé Jake Thrupp has previously talked about creating a new media home for Australia’s centre-right.

The first, short-lived iteration – Alan Jones Direct to the People – aired in December. Jones announced the venture at a press conference at Sydney’s Hilton Hotel, although given conjecture he might run for parliament, the actual announcement proved a little underwhelming. 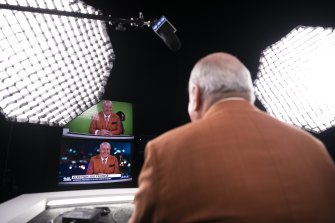 Technical difficulties notwithstanding, Jones regards the trial run as a success. He claims the seven shows reached 6.2 million Australians, but the team did not provide evidence by deadline and the Herald and The Age could not verify the claim independently. The first video has 117,000 views on Facebook; the seventh has 19,000.

This time Jones is broadcasting from impressive, purpose-built studios in inner-city Chippendale. Previously vacant and “a real pigsty”, Jones had the 240 square metre space fitted out with three studios, a control room and a booth, plus an office and kitchen. Thrupp and two other staff painted the walls themselves.

Jones is promising a no-holds-barred open forum where people won’t have to “walk on eggshells”, as Prime Minister Scott Morrison said about gender identity debates. Jones believes people are sick of walking on eggshells on all sorts of subjects.

“There’s a very significant concern among viewers and listeners that the woke culture has overtaken public discourse,” he says. “There’s a massive ‘offence industry’ out there. [But] offence is sadly part of sensible liberal discourse, so long as it doesn’t breach certain boundaries.”

Jones is particularly aggrieved about COVID-19 and vaccination, even if his actions clash with some of his views. He has received three vaccine doses and admits he has been especially cautious because of his “million co-morbidities”. But he claims people “aren’t allowed to debate the adverse effects of vaccination” and bemoans the level of COVID anxiety.

“You’ve only got to have a look at people walking around town with a mask over their face in open air to know the extent of alarmism and hysteria that has overtaken society,” Jones says.

Having left 2GB in 2020 and been booted from Sky News last year, Jones, 81, is almost certainly in the twilight of his broadcasting career. He was “quite happy to be over and done with”, but Thrupp and his mate Jack Bulfin convinced Jones to give digital a go.

“You can imagine I thought, ‘This is hardly worthwhile’,” Jones says. He now sees it as pioneering. “It’s probably the most exciting thing I’ve done because it’s never been done in Australia before.” 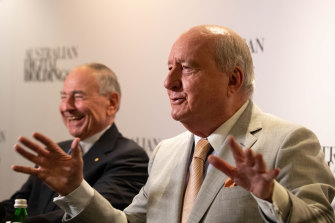 A fair bit of money has gone into the project – it’s no two-bit backyard operation. Jones says the funds come from private interests: supporters who broadly share his view of the world. He won’t divulge names, although businessman Maurice Newman chairs the company Australian Digital Holdings and spoke at last year’s launch.

Why not just retire? “I’m very strong on maintaining intellectual rigour,” says Jones. “I could call it a day now … after two weeks I’d be bored rigid. There’s discipline here. I’m up all night, I’m reading and I’m writing and I’m working.”

Jones believes his approach would be a good prescription for the nation more broadly. Too many people in their 60s and 70s are sitting idle and they would go back to work, he says, if it didn’t eat into their pension. It’s a policy he’d love Morrison to adopt, but doesn’t hold out much hope.

“He’s a very good campaigner, Morrison, and he can learn a script and he can nail the issues. The question is: are people listening?” says Jones. Voters gave him a go last time because they didn’t really know him. “Now there are many people saying, ‘Well, we do know him, and we’re a little concerned about what we know.’”

Jones says Labor hasn’t put its best foot forward with Labor leader Anthony Albanese. “Albo’s Albo. Nice bloke to meet at the pub, but you can’t quite imagine him being your international representative.”

Nonetheless, he thinks Morrison has run out of miracles. “When Albo goes out there and talks all this compassion stuff – whether it’s aged care or cost of living or childcare – it does resonate with people who’ve got no money in the till.

“It’s nice to write headlines about Albanese messing up, not knowing the unemployment figures and missing the gotcha questions. But it does appear that many people have made up their minds because the needle isn’t moving.” 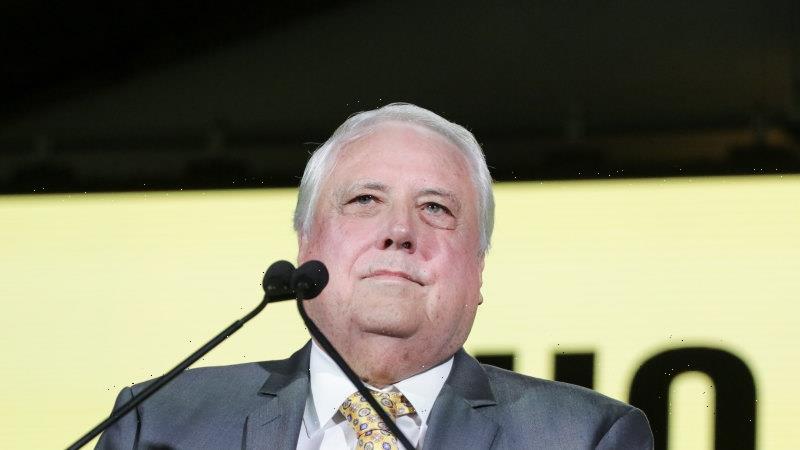