Assamaka:  Algeria has abandoned more than 13,000 migrants in the Sahara Desert over the past 14 months, expelling them without food or water and forcing them to walk for hours or even days.

They include pregnant women and children. The Associated Press interviewed over two dozen survivors of the deportations in Niger. 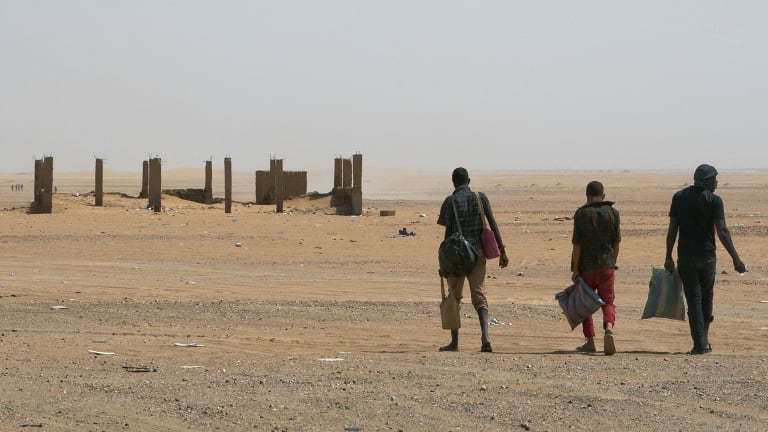 Nearly all said they saw fellow migrants collapse during the walk, where temperatures reach up to 48 degrees Celsius. They never saw the missing migrants again.

The lucky make it within a few hours to the nearest village across borders in Niger and, more recently, Mali. But many wander for days.

But their accounts are confirmed by multiple videos collected by the AP showing hundreds of people stumbling into empty desert.

Algeria's mass expulsions have picked up since October 2017, as the European Union renewed pressure on North African countries to head off migrants going north to Europe via the Mediterranean Sea or the barrier fences with Spain. 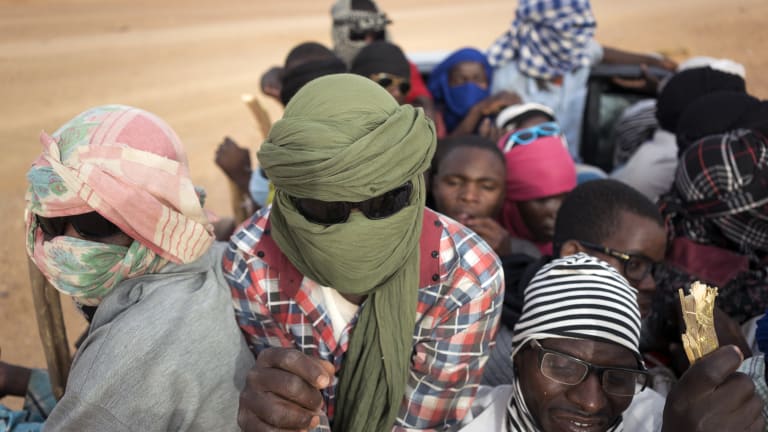 Migrants from across sub-Saharan African – Mali, the Gambia, Guinea, Ivory Coast, Niger and more – are part of the mass migration toward Europe, some fleeing violence, others just hoping to make a living.

A European Union spokesperson said the EU was aware of what Algeria was doing, but that "sovereign countries" can expel migrants as long as they comply with international law. Unlike Niger, Algeria takes none of the EU money intended to help with the migration crisis, although it did receive $111.3 million in aid from Europe between 2014 and 2017.

Algeria provides no figures for its involuntary expulsions. But the number of people crossing on foot to Niger has been increasing since IOM started counting in May 2017, when 135 people were dropped, to as high as 2888 in April 2018. In all, according to the IOM, a total of 11,276 men, women and children survived the march.