The player was not in a “good mood” after his side lost a semi-final on penalties and arrived home in Middlesbrough to see a group of men outside his front door. 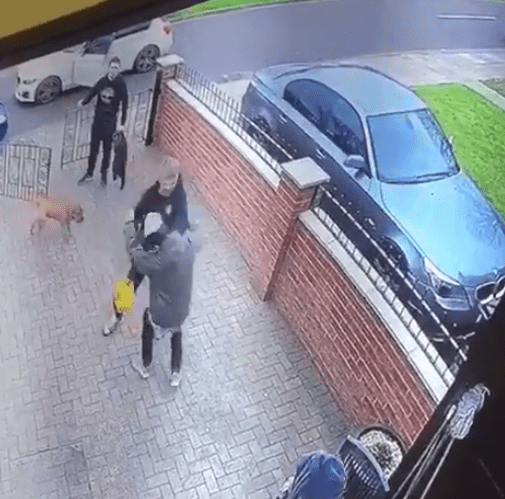 Without hesitation, he unleashed a ferocious left-hook which left the victim out cold on the ground.

The floored man is then dragged out of the driveway and left on the pavement outside the gated property.

Darren Murrell said his brother Jack Randall threw the lethal punch and posted the video on Twitter which has since gone viral.

The family claims one of the men in the video was “pulling his pants down” in front of a girl inside the house.

A family source told The Sun Online: "Two lads came along and stopped at the gate and started talking to us.

"They were just talking nonsense really and then came in to where we were.

"I didn’t like the look of them and although they were trying to be friendly at first I could tell they were up to no good.

"They were just acting weirdly and I said "you two need to get out of here, it’s time you were gone."

"But they refused to leave and we were starting to get more concerned."

Jack then received a message from his girlfriend while he was on his way home and was ready to confront the men when he got out of the car.

The source added: "Jack had been out playing football and they had just lost on penalties so it wasn’t the best time for these two to be making a nuisance of themselves.

Jack had been out playing football and they had just lost on penalties so it wasn’t the best time for these two to be making a nuisance of themselves.

"He arrived back in his car a few minutes later and one of them seemed to recognise him and tried to speak then Jack just gave him a real whack and knocked him off his feet.

"We heard from other people on social media that they had been trying the doors of houses around about earlier in the afternoon.

"They were definitely up to no good and sometimes that is the only language they understand."

Jack, who works as a welder, plays for two amateur football teams.
On Sunday afternoon he'd been playing for Boro Walkers Association, which raises funds for good causes around Teesside.

But they lost 5-4 on penalties to Cowtons FC after the 90-minute match finished 2-2.

Uploading the video, his brother Darren wrote: “Sit down. Brother gets back from football not in a good mood after losing a semi final on penaltys to find bag heads harrasing my ill mother and pulling his pants down in front of my niece!! (sic).

“And to make it worse they disturbed Rampage who was watching gladiator in bed.”

Their brother James, a self-employed roofer, added: “Come round my house and pull your trousers down in front off my daughter and try n get in my mams house and beleive me next time use won’t get off the front alive simple!!!! (sic)”

CCTV footage of the incident has gone viral with the clip having been watched more than 37,000 times on Twitter.

The punch has been lauded online with friends of the family praising him for the “great punch”.

Another friend added: “F***ing class. Made my day this. Was the drive greasy he slid across it.”

Another comment read: “They deserve everything they get fair play to your brother for doing that.”

Cleveland Police today told The Sun Online they have not been contacted about the incident. 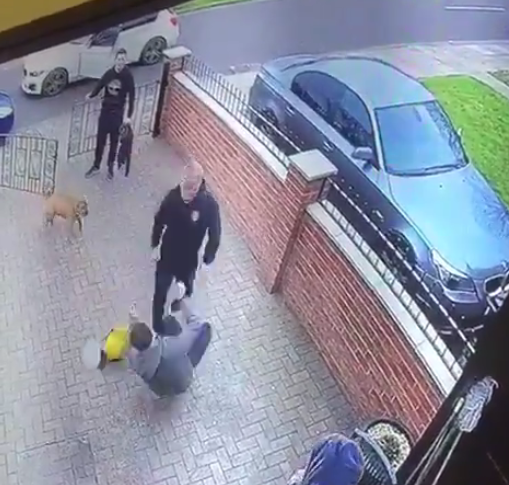 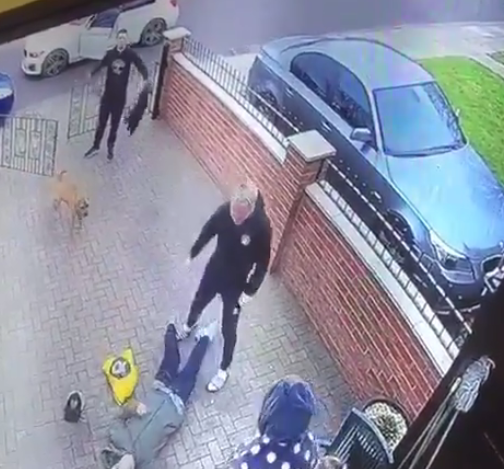 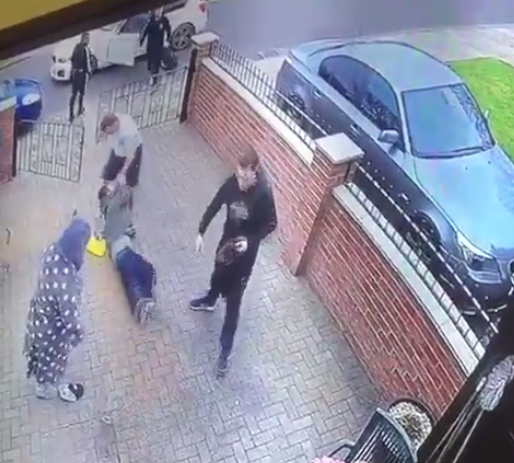