Dr Fauci, who was joined by Chief Medical Officer Paul Kelly in an online discussion on Wednesday morning, said Australia has fared well during the pandemic when compared to other countries.

‘When Australia shuts down, they shut down and they really do get the cases, (to) almost nothing. We’ve never had that in the United States,’ he told the Center for Strategic and International Studies discussion. 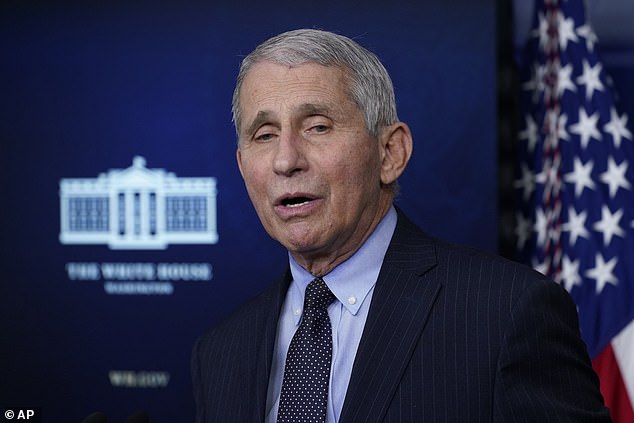 Dr Fauci (pictured), who was joined by Chief Medical Officer Paul Kelly in an online discussion on Wednesday morning, said Australia has fared well during the pandemic when compared to other countries

Professor Kelly said while Australia and the US saw their first cases of the virus ‘on almost the same day in late January last year’, the former has managed to control it.

‘A lot of that was due to the way that the leadership at both the political level and the health level, and indeed the economic level, has been so strong in Australia. I think there was an element of luck as well,’ Prof Kelly said.

‘In my whole career, I would say I’ve never been in that situation where our epidemiologists and public health officials have become rock stars,’ Prof Kelly said.

‘They’ve really listened and they’ve taken on board all sorts of things I didn’t think they would.’

Australia has recorded less than 30,000 COVID-19 cases and 909 deaths, largely due to the second wave in Victoria. 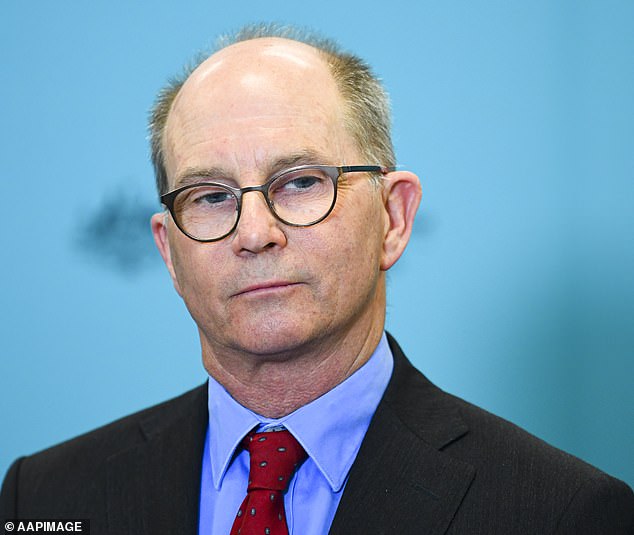 Professor Kelly (pictured) said while Australia and the US saw their first cases of the virus ‘on almost the same day in late January last year’, the former has managed to control it

America, meanwhile, has recorded more than 525,000 deaths and more than 29million cases, which is more than the entire population of Australia.

Prof Kelly said Wednesday marks the 40th day this year Australia has recorded zero locally acquired cases, while there have been no deaths.

‘In many ways, we can only go one way with this, which is to have more cases eventually and as we start to open up that will be an issue,’ he warned.

Prof Kelly said Australia has recorded 140 cases of the UK variant, also known as B117, and 25 cases of the South African variant ‘but mostly they’ve remained in hotel quarantine’.

Meanwhile, Dr Fauci said the UK strain will become the country’s dominant strain by the end of March, while the nation also has a low level of community transmission of the South African strain.

New mutations have also been discovered in New York and California.

‘We have variants literally in multiple parts of the country,’ he said.

Dr Fauci described vaccines as the ‘solution to the extraordinary stress that people are under right now’.

‘People do not want to tolerate any more the restraints that we have now from a public health standpoint and a vaccine gets them quickly to somewhat of the degree of normality,’ he said.

‘That is the big carrot.’

Australia is only two weeks into its vaccine rollout, with about 100,000 doses of the Pfizer vaccine administered.

Prof Kelly acknowledged ‘this is the first vaccine and not the last vaccine that people will have, and people are understanding the need for a booster at some time’.

Fauci, who is the chief medical advisor to President Joe Biden, had previously praised Victorians’ attitude towards mask-wearing amid the state’s second wave.