Violence has broken out on the streets of Myanmar as supporters of the country’s new military junta attacked pro-democracy activists.

At least one person was stabbed amid clashes in the country’s largest city, Yangon, on Thursday morning while others fired slingshots and hurled rocks.

Police stood by as the attacks took place, amid accusations that the military had paid militias to carry them out – though such accusations are difficult to prove.

Meanwhile Facebook announced it was indefinitely banning all accounts linked to Myanmar’s military and any adverts giving it money for using ‘deadly violence’. 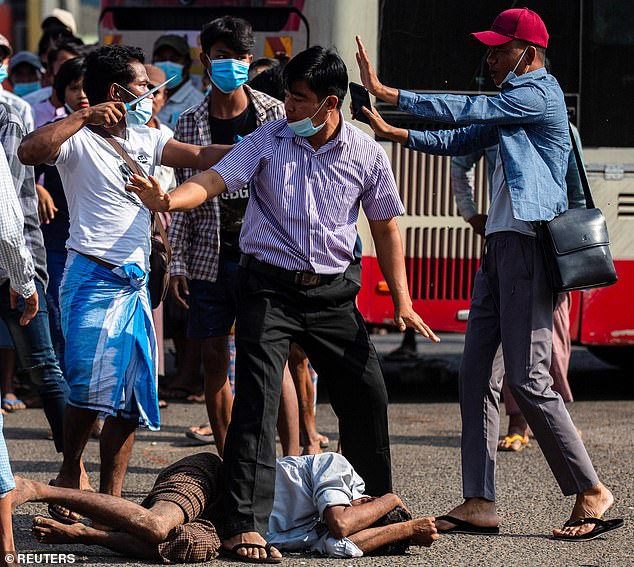 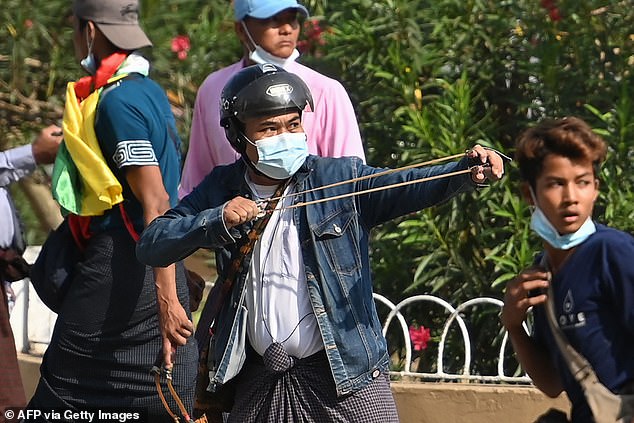 Knives, slingshots, and other projectiles were all used against the pro-democracy protesters as police largely stood by and watched 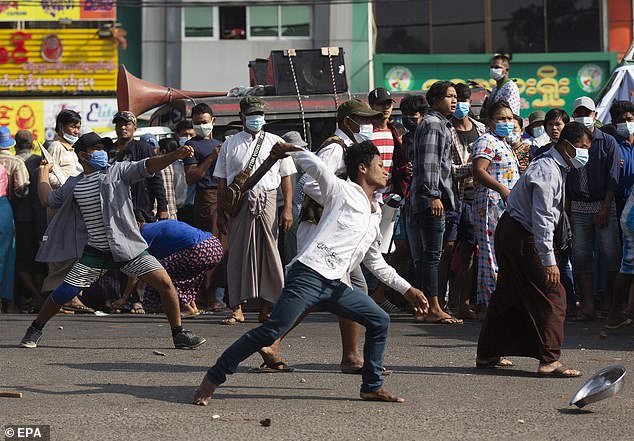 Opponents of Myanmar’s military accuse generals of paying militias to carry out the violence, though such claims are difficult to prove

Photos and videos on social media showed the attacks and injured people in downtown Yangon as police stood by without intervening.

The attackers fired slingshots and carried iron rods, knives and other sharp implements.

A widely-circulated video showed one man stabbed in front of an office building near a major downtown intersection on the road to Sule Pagoda, a major venue for anti-coup protests.

The number of injured people and their condition could not immediately be learned.

According to accounts and photos posted on social media, the situation began with a march of hundreds of people in support of the coup.

They carried banners in English with the slogans ‘We Stand With Our Defense Services’ and ‘We Stand With State Administration Council,’ which is the official name of the new junta.

Reports said the pro-military marchers were jeered by bystanders near the city’s Central Railway station and responded by firing slingshots, throwing stones at them and then chasing them down.

Video shows pro- and anti-coup crowds at that location.

Supporters of the military have gathered in the streets before, especially in the days immediately before and after the coup, but had not used violence so openly.

Critics of the military charge its pays people to engage in violence, allegations that are hard to verify.

But they were raised during earlier spells of unrest, including a failed anti-military uprising in 1988 and an ambush of Suu Kyi’s motorcade in a remote rural area in 2003, when she was seeking to rally her supporters against the military.

Facebook had already banned some military-run Facebook pages earlier this month for encouraging violence or supporting the coup.

But its new rules go further, amounting to a blanket ban on all pages and profiles linked to the junta.

The junta has tried to block Facebook and other social media platforms, but its efforts have proven ineffective. For more than a week it has also turned off access to the internet nightly from 1 a.m.

The military says it took power because last November’s election was marked by widespread voting irregularities, an assertion that was refuted by the state election commission, whose members have since been replaced by the ruling junta.

The junta has said it will rule for a year under a state of emergency and then hold fresh elections. 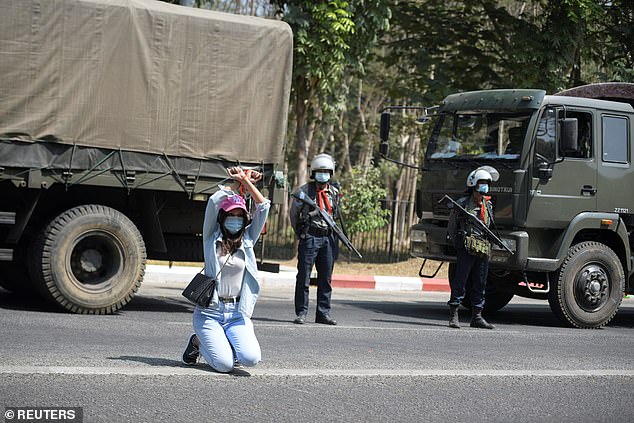 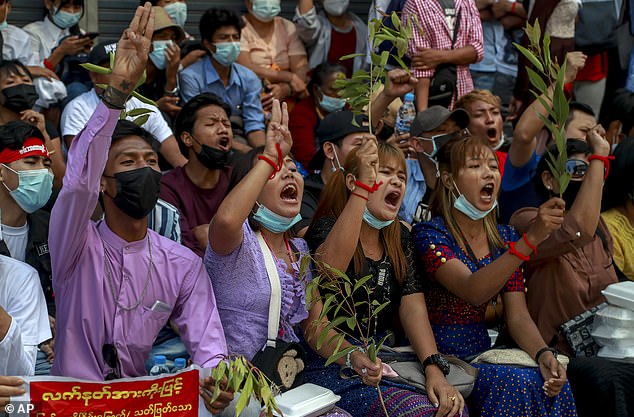 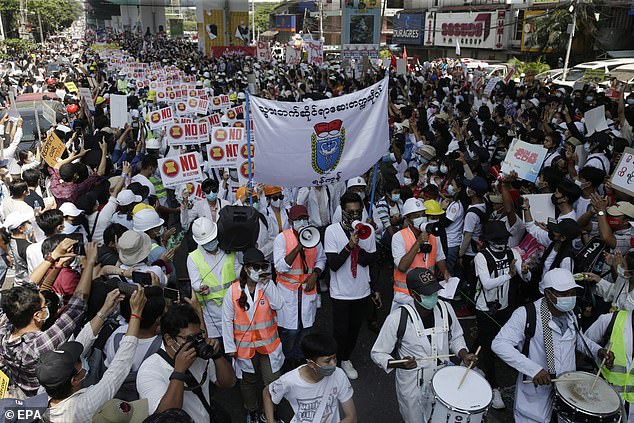 Western governments including the UK and US have placed sanctions on the country in an attempt to pressure generals into relinquishing their hold on power.

Meanwhile members of the Association of Southeast Asian Nations are urging Myanmar’s military to make some concessions to help ease tensions.

The 10-country regional grouping views dialogue with the generals as a more effective method of achieving compromises than more confrontational methods, such as the sanctions.

The meeting was part of Marsudi’s efforts to coordinate a regional response to the situation in Myanmar.

‘We asked all parties to exercise restraint and not use violence . . . to avoid casualties and bloodshed,’ Marsudi said in a virtual news conference after her return to Indonesia, emphasizing the need for dialogue, reconciliation and trust-building.

Marsudi said she had conveyed the same message to a group of elected members of Myanmar’s Parliament who have formed a self-styled alternative government after being barred by the military coup from taking their seats.

The lawmakers are from Suu Kyi’s National League for Democracy party, which won a landslide victory in elections last November that would have given it a second five-year term in office.