A WAVE of anti-Semitic violence has erupted across the US in the past few days the amid Israel and Gaza conflict – even as a ceasefire was reached.

Meanwhile, President Joe Biden is under pressure as past comments about violence under "Trump's watch" have emerged. 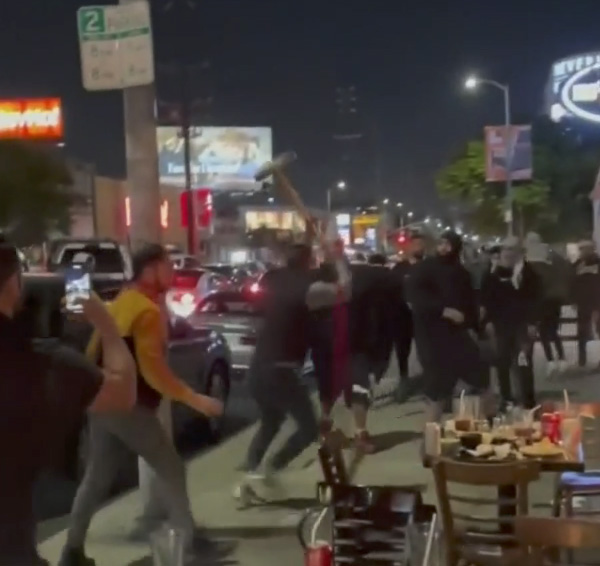 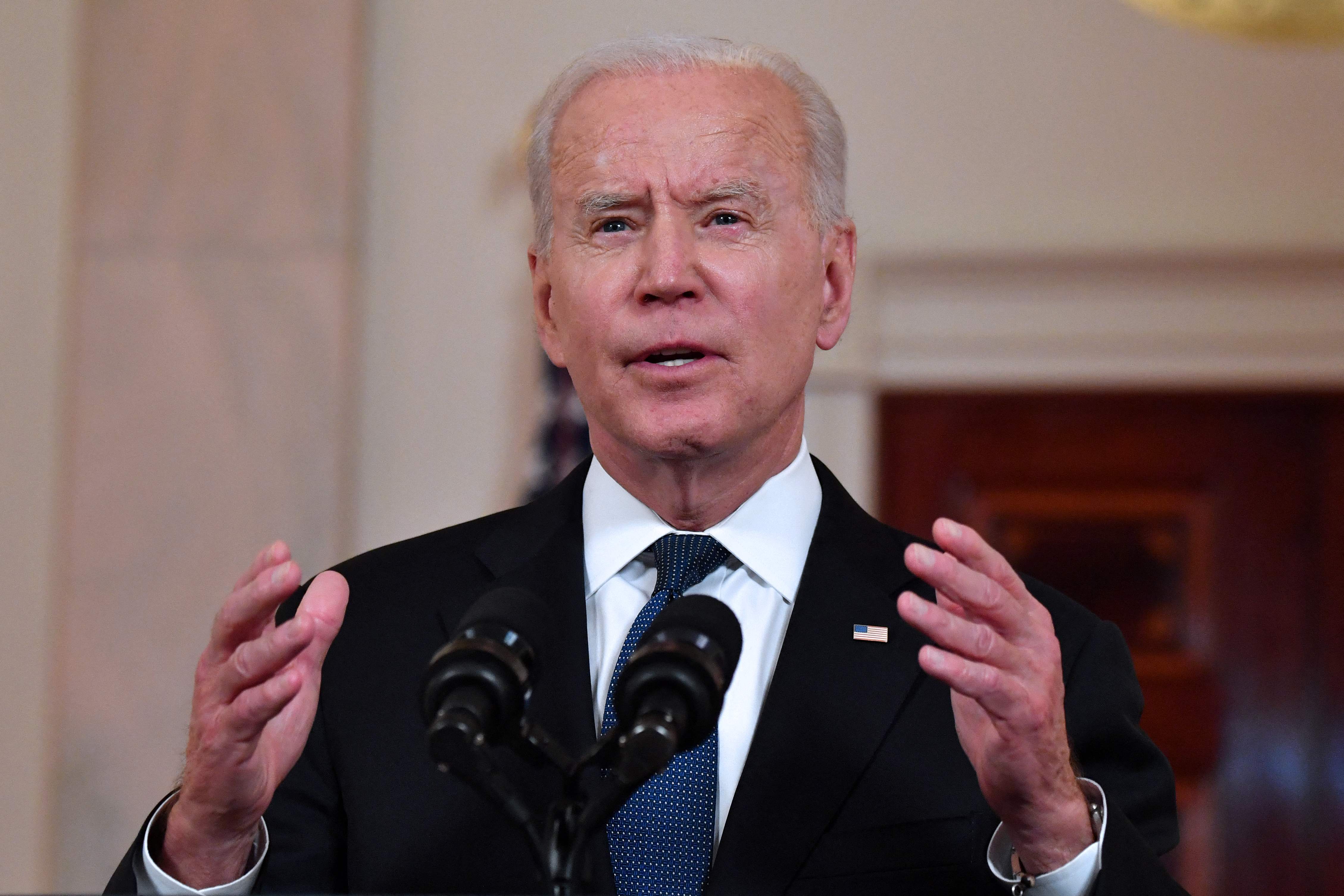 Earlier today Donald Trump Jr. retweeted a 2020 tweet from Biden that reads: "Remember: every example of violence Donald Trump decries has happened on his watch. Under his leadership. During his presidency."

It comes as tensions between Israel and Gaza have caused a surge in anti-Semitic attacks across the country.

On Wednesday a group of Jewish diners was reportedly "beaten up" by a pro-Palestine mob and an Orthodox man was chased by a driver in Los Angeles on Wednesday.

Footage emerged showing at least two people being attacked by a group outside of the Sushi Fumi restaurant just west of downtown Los Angeles.

Another video heard a witness saying that a group of pro-Palestinian supporters were in a car before getting out near the restaurant.

"A group of Palestinians, about 30 of them, jumped out of a car and asked who was Jewish," the person said.

"Two guys said they were and they proceeded to beat them up."

A 55-year-old woman has suffered burn injuries to her lower back, according to the New York Post.

A New Yorker told Fox News: "Stop telling me this is about Israel and Gaza. 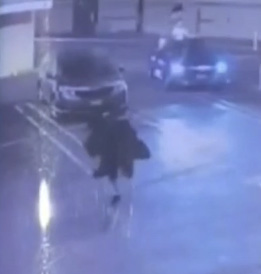 "My people are being targeted across the United States in broad daylight.

"This is textbook anti-Semitism, and we will continue to live in danger until the public starts to recognize it for what it is."

Another one added: "Someone with their back to us heard us speak Hebrew. … He immediately looked at us and then went into the crowd.

"I didn't put too much thought into it but around 10 seconds later, he and another 10 people were charging towards us.

"I got the first punch then we realized that we're being attacked."

A synagogue in Skokie was vandalized on Sunday as a "Free Palestine" poster was placed on the door of The Persian Hebrew Congregation.

"It’s a really scary time to be outwardly Jewish," Dina Shiner, who grew up attending the synagogue, told the outlet.

"This is Skokie. It’s a heavily Jewish town. What’s bothering me is that everyone is saying, ‘Oh, this is just about Israeli and Palestine, it’s not about Jews.'

"No, they’re targeting synagogues. That’s a direct target on Jews. This has nothing to do with Israel," she said.

A Tucson synagogue was also vandalized on Tuesday when someone threw  a rock through a window. 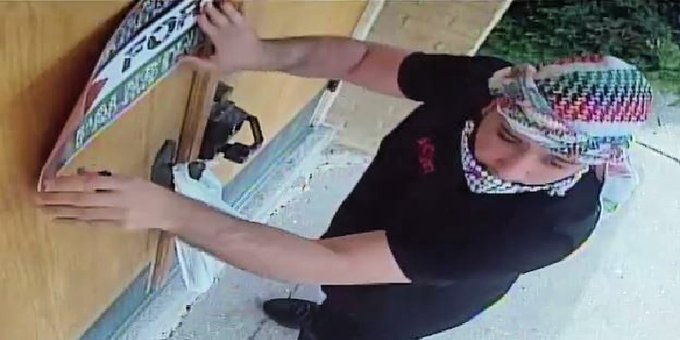 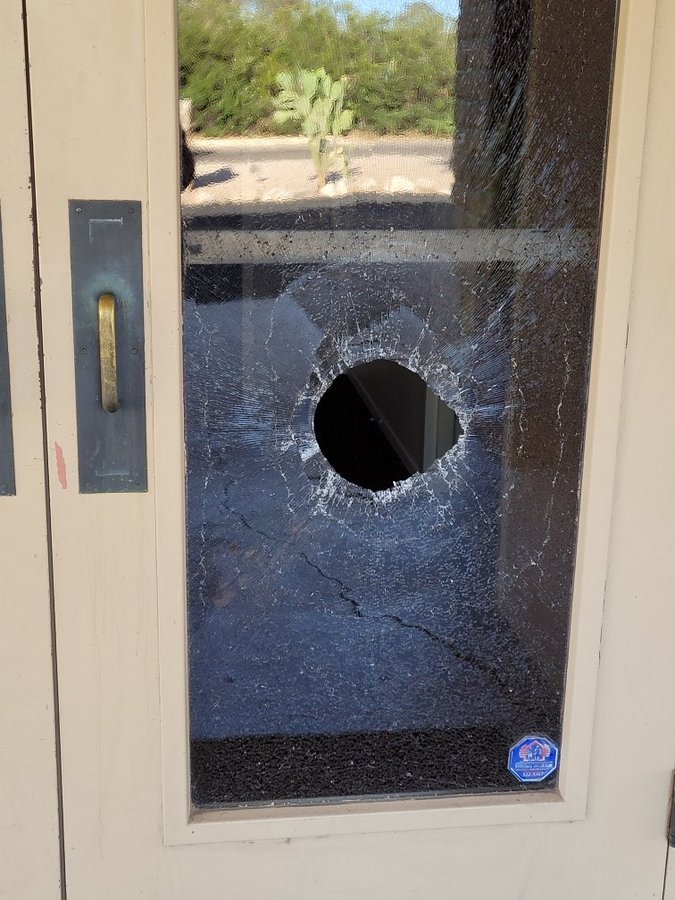 U.S. Rep. Alma Hernandez, tweeted: "I'm a complete mess in tears as I write this.

"I just got off the phone with my Rabbi our synagogue was vandalized someone through a rock at our glass door.

"This was NOT and accident! I feel numb. This is in #tucson Send prayers our way. It's just the beginning."