Are you safe to visit relatives if you test negative for Covid?

FOR millions of Brits under tough tier restrictions, Christmas has been cancelled – but some are still allowed to come together on Friday.

Those who plan to spend the day with relatives – especially elderly family members – will be keen to take extra precautions and have a Covid test. 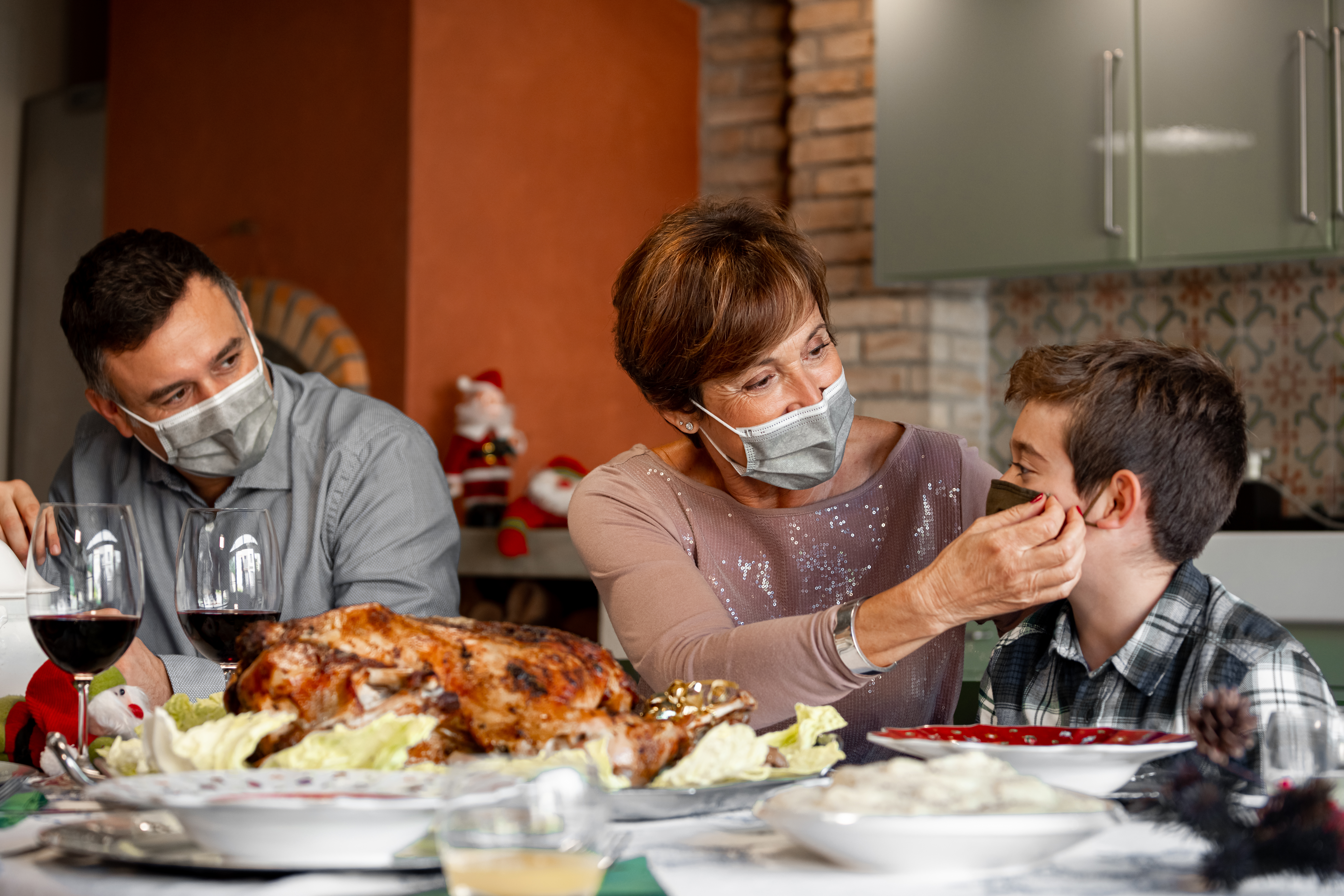 The Prime Minister scrapped Christmas bubbles for millions at the weekend amid fears of a mutant strain of Covid sweeping the UK.

People in Tier 4 – including London and parts of the South East – are not allowed to spend the festivities with those who aren't in their household.

While those in lower tiers can be indoors with up to three households, this has been reduced to just Christmas Day itself, rather than five days between December 23 and 27.

Government scientists have urged people to keep their visits as “local and as short as possible”, but many will still be looking for reassurance they aren't infected.

However, experts have warned that a negative test isn't a 100 per cent guarantee – and doesn't always mean you aren't carrying the virus.

The NHS states that you should only apply for a free coronavirus test if you have symptoms.

The three main symptoms are a new persistent cough, a loss of taste and smell and a high temperature.

But experts have warned that up to a third of people carrying the virus are asymptomatic – meaning they don't display symptoms.

It's for this reason that many people want to get tests before they travel on Christmas Day, but does a negative test mean you are safe to visit relatives?

A negative test doesn't mean you're not carrying the virus and if you take a test and then travel – you could catch the virus on the way to your destination.

Experts says that a negative test just means that you didn't have the virus during a particular snapshot of time.

Speaking to The Sun, Professor Michael Head, Senior Research Fellow in Global Health at Southampton University said that "all tests have limitations".

He said: "The laboratory tests are the most accurate, but they can miss cases particularly when the individual has been infected in the last 2-3 days.

"The newer rapid tests only have an accuracy of around 50 per cent.

Therefore, a negative test must not be interpreted as ‘definitely not infected’, and therefore should not be used as an indication that it is safe to visit relatives." 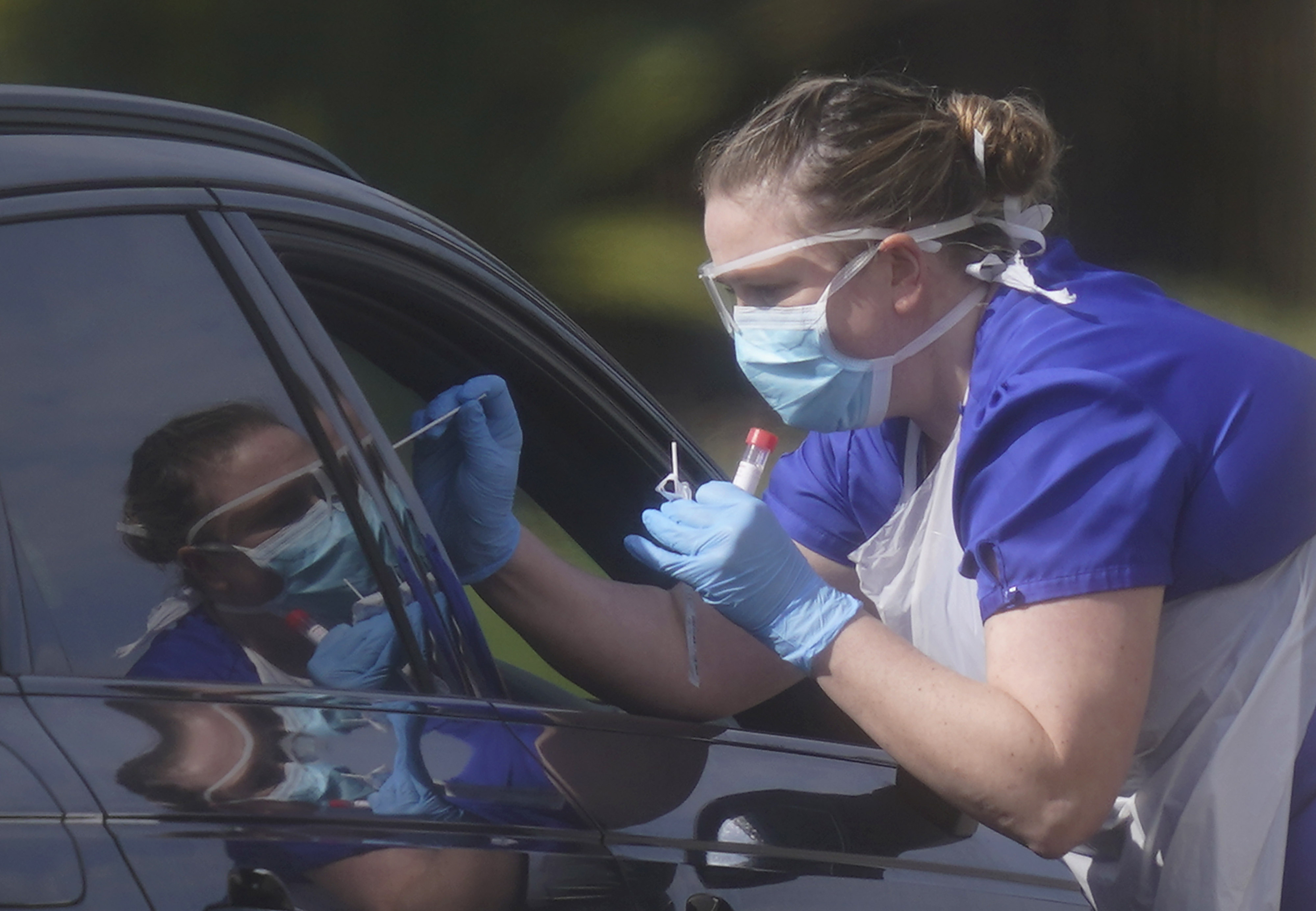 He said even though this year has been tough, it's important to keep contacts and any mixing of households to an absolute minimum this year.

He added: "Meet outside if possible, and if meeting indoors then keep doors and windows open to increase the ventilation, along with the usual good practice of ‘hands face and space’.

Professor in Medicine at the University of East Anglia, Prof Paul Hunter added: "Sadly nothing is a 100 per cent guarantee, not all positive tests area really positive and not all negative tests are really negative.

Amanda Simanek, an associate professor of epidemiology at the University of Wisconsin–Milwauke said people should be cautious when using tests to determine whether or not they should visit relatives during the festive period.

Speaking to The Guardian she said if you go about your life as normal in the days leading up to a test – then there is no guarantee that your test will detect the virus on the day you take it.

“You could be exposed, get tested on day two or three after that exposure, be negative, and then on day eight develop symptoms", she added.

This is why many public health experts warned that Brits should self isolate for 10 days before going home for Christmas.

Dr Simon Clarke, an associate professor in cellular microbiology, University of Reading, told The Sun: "People need to be aware that a negative test does not mean they do not have the virus, it just means that it couldn’t be detected at the time of the test.

"It is entirely possible that any test has just not worked properly, giving a false sense of security."

Dr Al Edwards, School of Pharmacy, University of Reading, told The Sun: "You can be negative for a test and three days later be really ill in bed. The virus grows for several days before there is enough to be detected by a swab test."

Dr Edwards said the PCR test is incredible sensitive, and should be able to spot if someone has Covid even in the first stage of their disease.

What are rapid tests?

Rapid Covid tests can give results in less than an hour – sometimes as little as ten minutes. They are also called lateral flow tests and “on the spot

In comparison, the gold standard PCR test takes at least 24 hours to turnaround a result because it needs to be sent to a laboratory.

Lateral tests are part of the Government's "Operation Moonshot" testing plan, in which life can return to some normality with the use of quicker, cheaper tests.

Experts are looking at how the new technology could be self-administered at home, so that people can find out if they have Covid before seeing friends and family.

They could be used before concerts, sporting events, weddings or other large gatherings, the Prime Minister hopes.

But this is unlikely to happen for a long time while infection rates are so high and the limited stock is prioritised for community testing in places with high cases.

Rapid tests are not used as the formal way to diagnose Covid because they are simply not accurate enough. They can give people a "false negative" – a wrong negative result – or a "false positive" – a wrong positive result.

However, "even the very best tests do not catch every infected person", he warns.

"The advice therefore is much more to think about transmission possibilities before travel and meeting new people," he said.

"By which I mean: how might I have been infected but still not know?"

If you have been at work in the seven days prior to Christmas, it's worth considering how many people you have come into contact with that may have given you the virus.

If you've tested negative then that's great – but it should mean you through all the other rules out of the window.

The government's campaign of "hands, face, space" makes clear that in order to stop the spread of the virus we should all be washing our hands more often and for longer, wearing face masks and practising social distancing.

Even if you've had a negative coronavirus test then you should still practice these measures as other people in your group may be carrying the virus.

The government has also issued campaigns on ventilation. 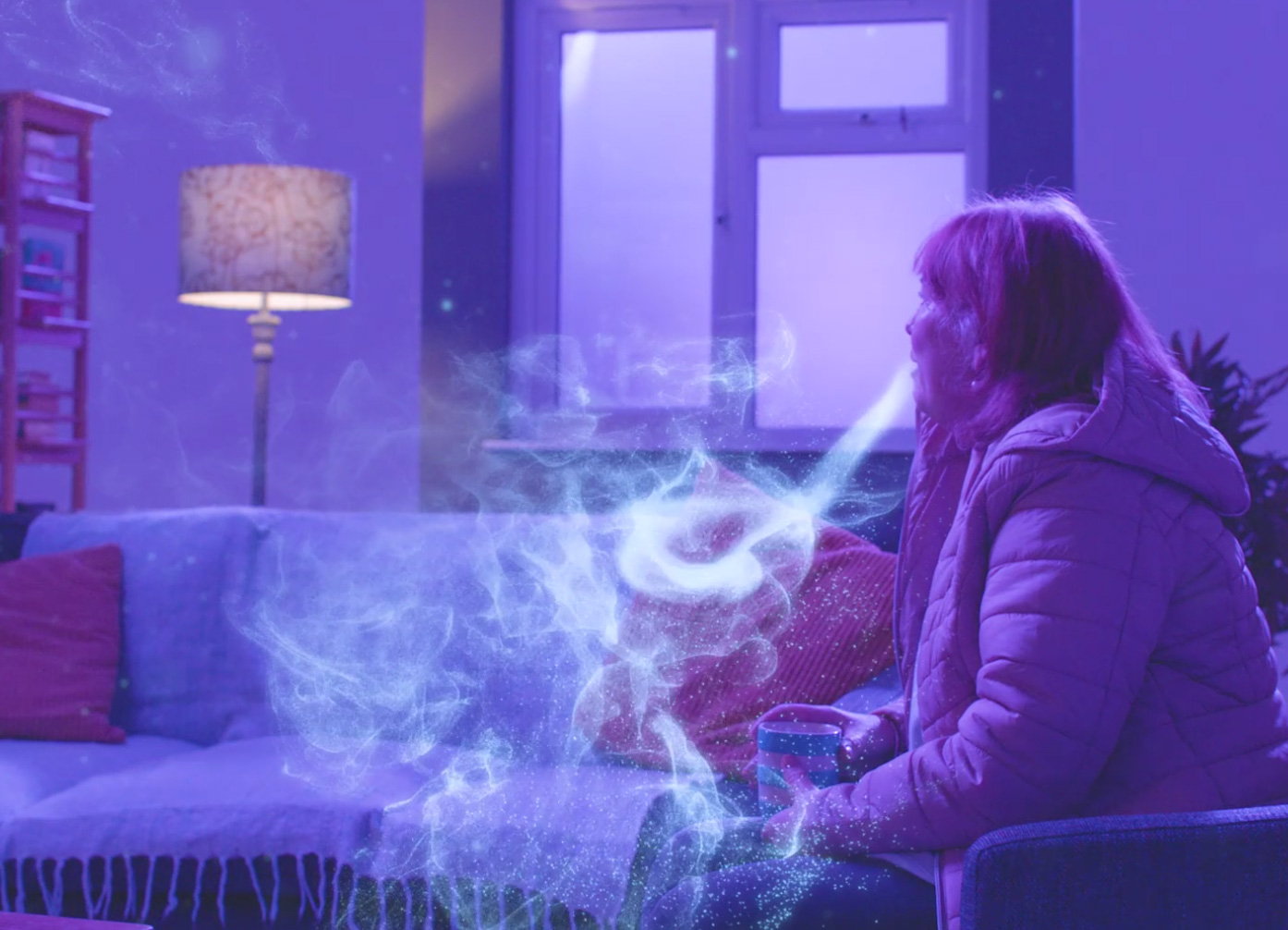 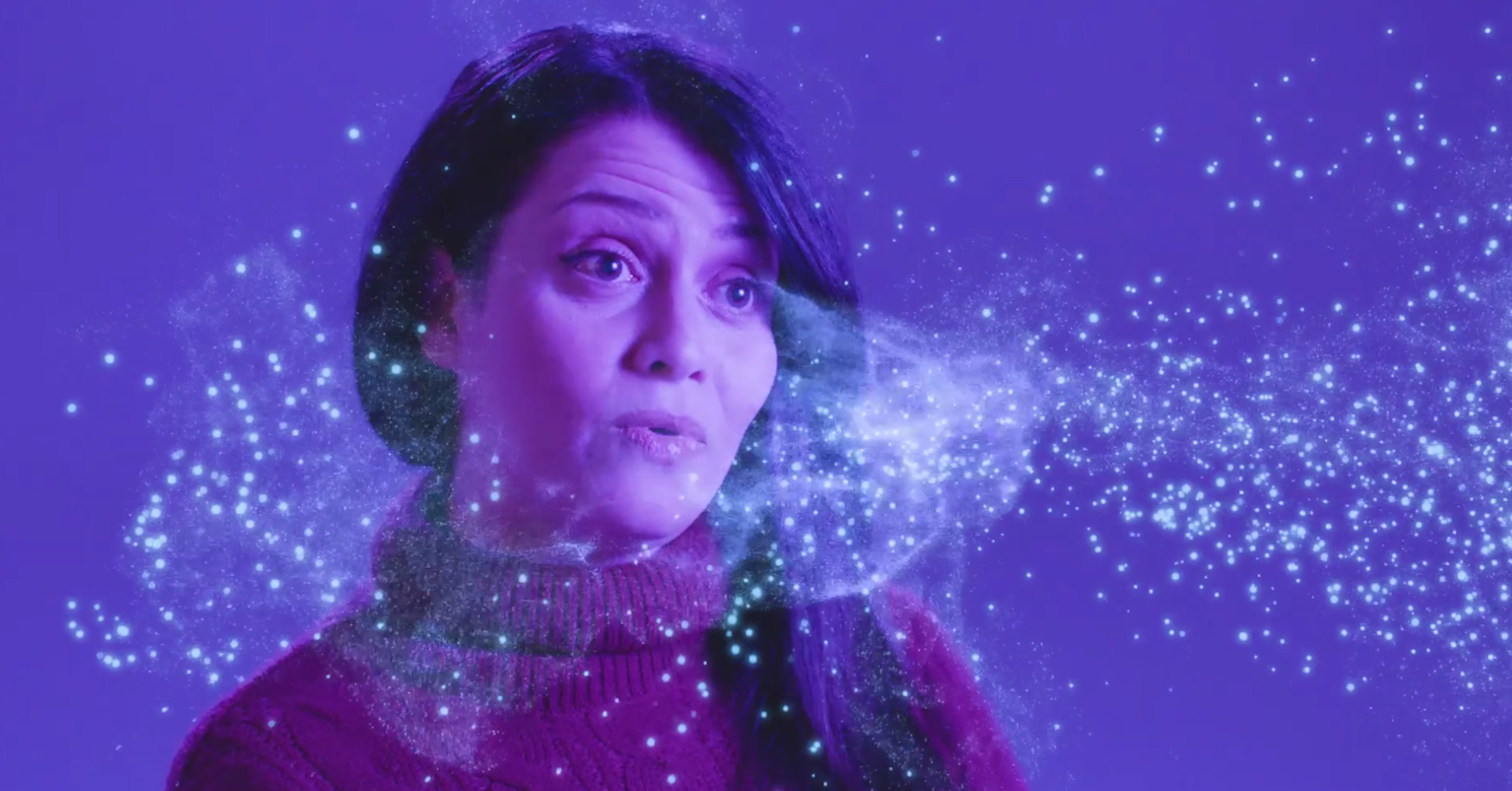 If you are going to be spending Christmas inside with your family then you should try and keep the windows open and make use of air vents.

This is so that the virus isn't circulating in the air and can get out of the windows.

Try and stay apart where you can an limit contact.

But if you live in an area with very high infection rates, you could have the advantage of getting a rapid Covid lateral flow test.

Tier 3 and 4 areas are prioritised for these tests, with some 67 local authorities already signed up for a first wave of enhanced testing support from November.

More than 1.5 million tests have already been deployed – with testing under way in Warwickshire, Darlington in the North East and Medway in the South East.

More than 500,000 tests are also to be immediately deployed to London’s boroughs, which moved into Tier 4 status on Saturday night.

But experts today shunned the rapid tests and claimed many students would be going home with the virus as the tests are "inaccurate".

Professor Jon Deeks found sheer numbers of university students have gone home for Christmas carrying Covid because the tests do not work.

Lateral flow tests have not been formally evaluated before being dolled out in the millions as part of various mass screening strategies.

Tests manufactured by Innova were trialled in a pilot study in Liverpool, where thousands of residents queued to be swabbed at mass testing centres to find out if they were silently carrying the disease.

It found hundreds of cases with symptoms that otherwise would not have been discovered, at the same time helping squash the infection rate from 700 cases to 100 cases per 100,000 people.

However, a bunch of people would have been told they do not have the disease, when in fact they do – called a "false negative". 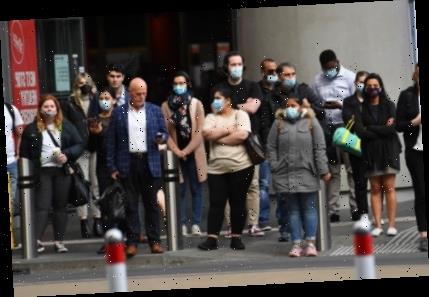 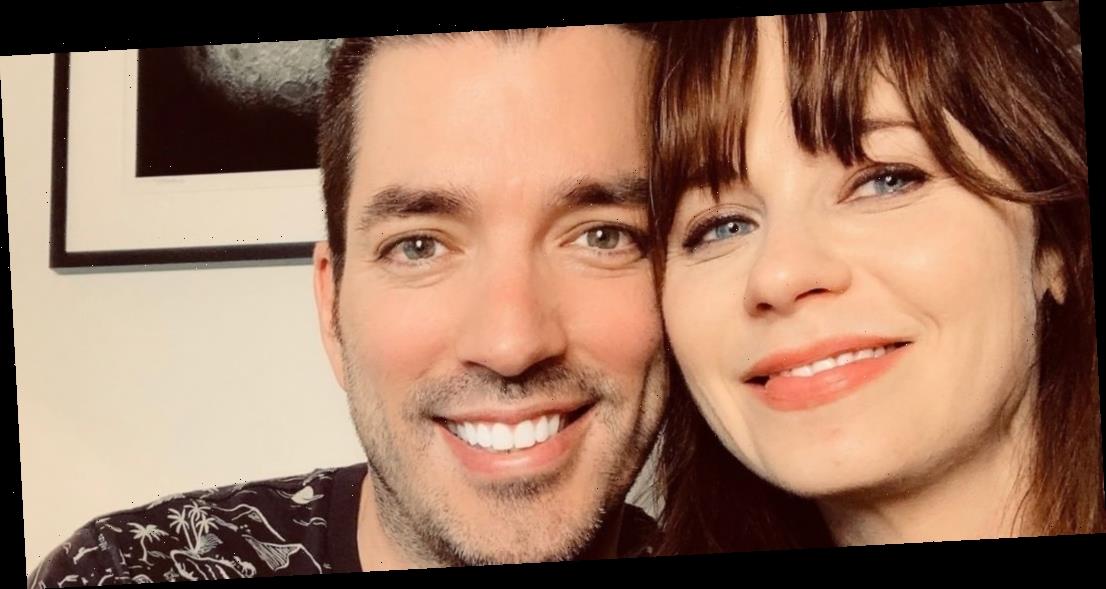