Rock and rollin’ in it! Artist who designed Led Zeppelin’s iconic debut album cover for £60 sells his original tracing for £260,000

The artist who designed the iconic cover for Led Zeppelin’s debut album has sold the original tracing of the famous image for £260,000.

Revered designer George Hardie, 76, was paid just £60 to produce his version of photographer Sam Shere’s image of the Hindenburg Zeppelin airship on fire in 1937 for the cover of Led Zeppelin’s self-titled 1969 album.

Now, more than 50 years later, the original stipple tracing which went on to become one of the famous pieces of art work in rock and roll history, has sold for £260,500 at a sale at Christie’s.

Mr Hardie, who marked tracing paper with small black dots to create an image similar to a low-resolution newsprint photo, had stored the single sheet of tracing paper in a drawer but seemingly forgot about it for decades. 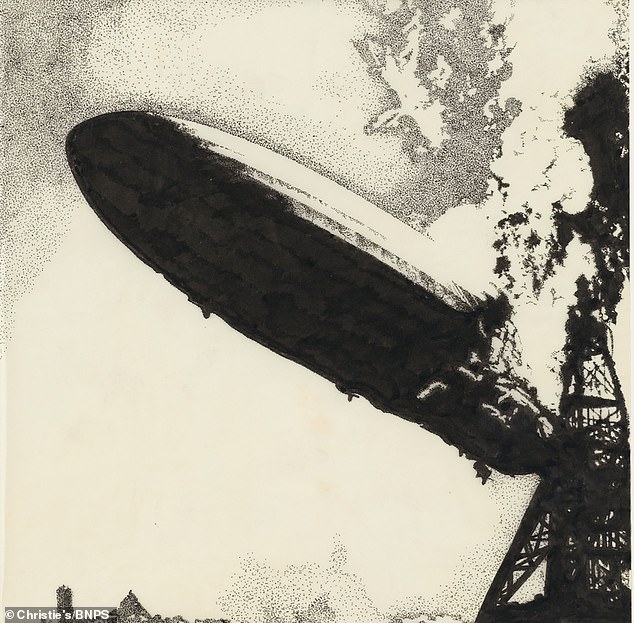 The original tracing for Led Zeppelin’s very first album cover in 1969 has sold for £260,500 at a sale at Christie’s 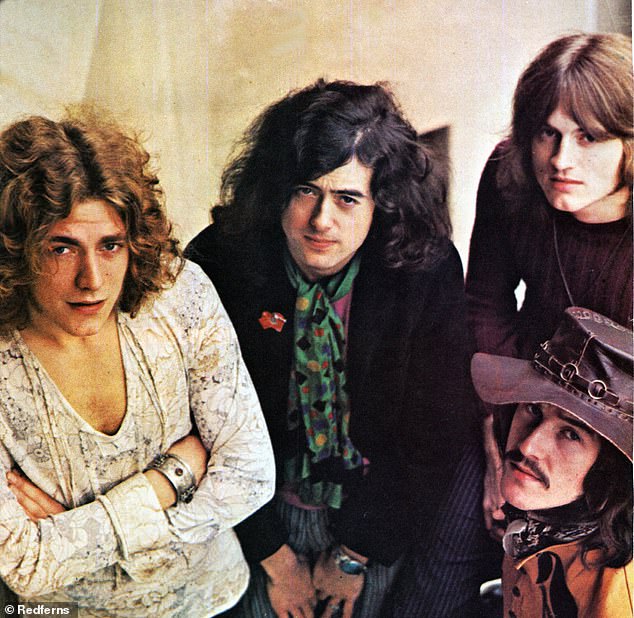 The iconic rock band was originally going to be called The New Yardbirds until the The Who’s drummer Keith Moon remarked that the idea would go down like a ‘lead balloon’. Pictured left to right: Robert Plant, Jimmy Page, John Paul Jones  and John Bonham

However he recently unearthed it in the bottom of a plan chest in his studio alongside a prescient note written many years ago.

Mr Hardie, who retired as a lecturer in illustration at the University of Brighton in 2014, said: ‘It was unsullied, in a clean folder on which one of my partners had written years ago, ”G’s pension fund”.’

The designer offered it for sale at auction with Christies who gave it a pre-sale estimate of £25,000.

But the album and its art work is held in such high regard by music memorabilia collectors that interest and bidding in it took off and eventually sold for a total price of £260,500 – more than ten times the estimate.

Mr Hardie was an undergraduate at the Royal College of Art when his friend, photographer Stephen Goldblatt, recommended him to Led Zeppelin in 1969. 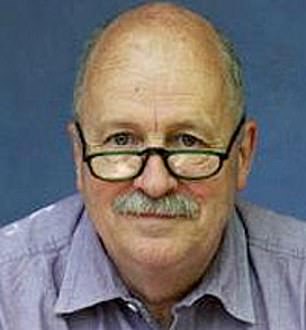 Revered artist George Hardie (pictured), who retired as a lecturer in illustration at the University of Brighton in 2014, was originally paid £60 for his design

After rejecting his initial ideas, guitarist Jimmy Page suggested that Mr Hardie adapt the photo of the Hindenburg disaster.

Mr Hardie added: ‘I think the drawing made a good and memorable cover, but this was more to do with the photograph and Jimmy Page’s choice of it than with my skill as a dotter.’

The artist, who graduated in 1970, went on to design album cover for Pink Floyd’s The Dark Side of the Moon

The iconic rock band, which was set up by guitarist Jimmy Page in 1968, was originally going to be called The New Yardbirds until the The Who’s drummer Keith Moon remarked that the idea would go down like a ‘lead balloon’.

The term stuck with Page who changed the word ‘balloon’ for ‘zeppelin’ when he, Robert Plant, John Paul Jones and John Bonham formed Led Zeppelin.

Their debut record is said to have redefined the music industry and the art work has been reproduced countless times on posters, T-shirts and other items of Led Zeppelin merchandise.

A spokesman for Christies said: ‘We are thrilled with the result of the sale and the vendor is also very pleased.

‘From what we understand, the tracing had been in his (George Hardie) files for some time had not been located until recently. 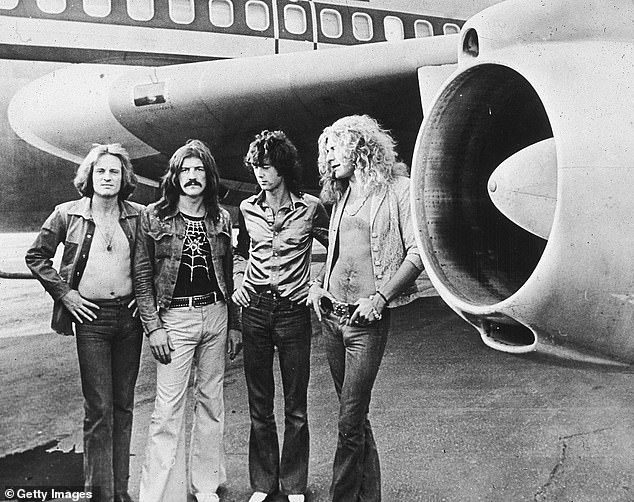 ‘The market for important pop culture continues to be extremely robust and iconic images such as this one resonate very strongly with collectors in that area.

‘Very often the most seemingly ephemeral things are the objects that collectors value later on.

‘For Hardie, this was a simple tracing of a photograph, and little more than that, in a strictly artistic sense.

‘But the image took on a life of its own, and is now recognised as one of the most iconic images in the history of rock and roll.’ 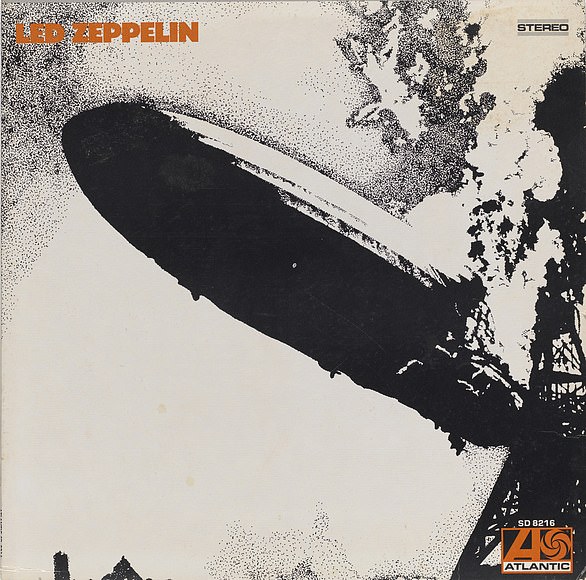 Led Zeppelin were originally going to be called The New Yardbirds until guitarist Jimmy Page, who set up the band in 1968, was told by The Who’s drummer Keith Moon that the name would go down like a ‘lead balloon’.

In 1969, while he was just an art student at the Royal College of Art, George Hardie met with the manager of the new rock band Peter Grant and presented ideas for the group’s new cover.

However the ideas were rejected by the band’s guitarist Jimmy Page who instead wanted an image inspired by the Hindenburg Zeppelin exploding into flames in 1937 and taken by the photographer Sam Shere.

Mr Hardie then set about recreating the image of the Zeppelin using the finest Rapidograph and a sheet of tracing paper to give it the appearance of a low-resolution newspaper photo.

He was paid just £60 for the artwork which was later reproduced countless times on posters, T-shirts and other items of Led Zeppelin merchandise.

The artist, who graduated in 1970, went on to design album cover for Pink Floyd’s The Dark Side of the Moon.

The first album was released in January 1969 in the U.S and in March in the UK by Atlantic Records.

It contained a mix of original pieces the band had created in their first rehearsals and was fused with blues and folk songs.

Page previously reported that the album took 36 hours to make in the studio.

The band’s debut album included the hits Good Times Bad Times, Baby I’m Gonna Leave You, Dazed And Confused and You Shook Me.