As a self-confessed fatty, I now agree with Boris Johnson’s war on obesity – Covid-19 has shattered all my complacency

IT'S an achievement that hardly inspires national pride: with the toll nearing 46,000, Britain has by far the highest number of coronavirus deaths in Europe.

Even other major countries that have been badly hit, like Spain and Italy, do not come close to our grim total – and the Tory government has taken heavy flak for this record. 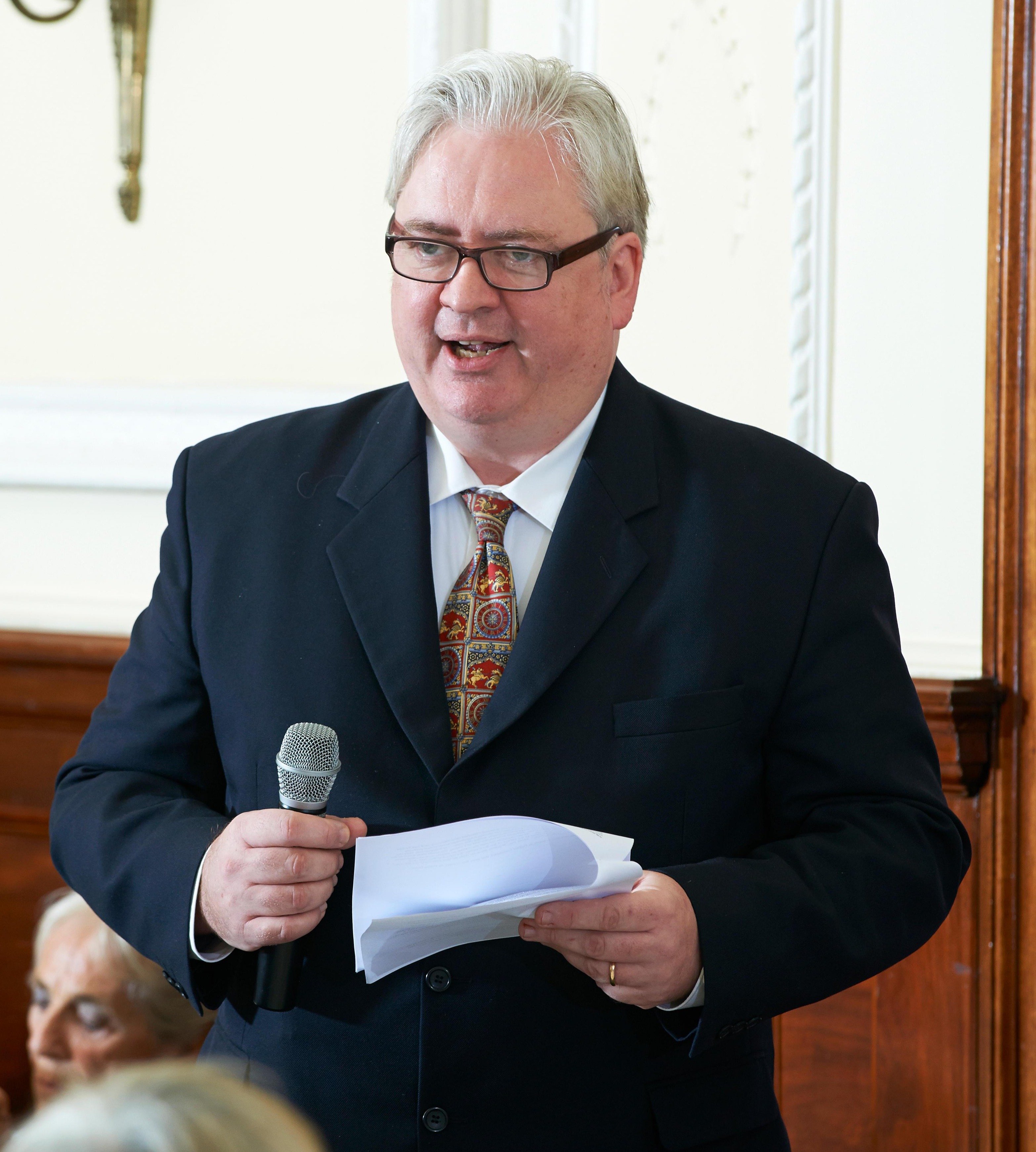 Critics have lined up to denounce everything from the lateness of the lockdown to the mismanagement of testing.

But there may be a simpler explanation, one that has little to do with ministerial incompetence.

The fact is that, apart from the tiny island of Malta, our population is the heaviest in Europe.

If there was a championship for stoutness, we would be the easy winners. Almost two-thirds of British adults – 35 million people – are overweight, while 28 per cent of our citizens are clinically obese. 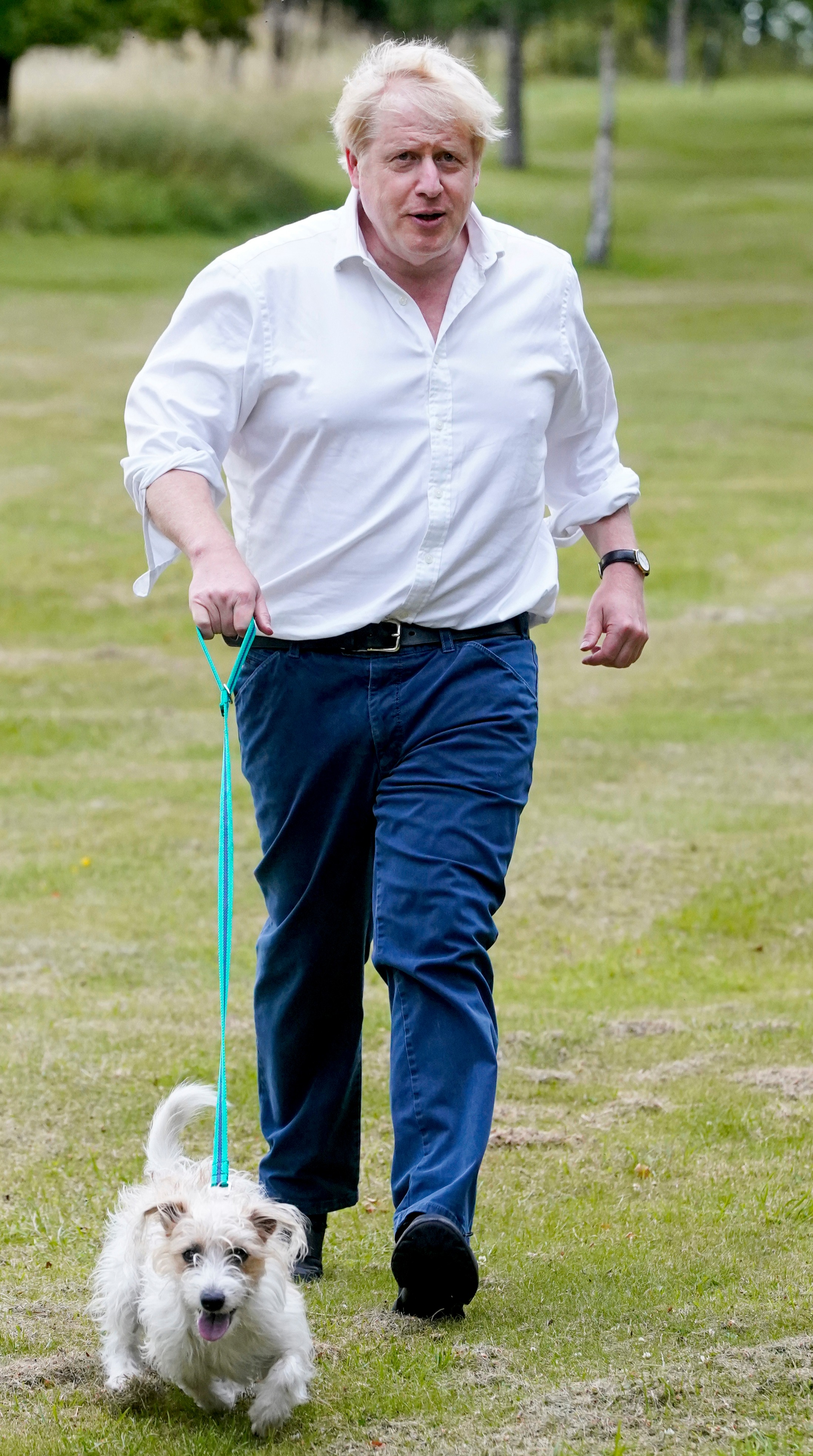 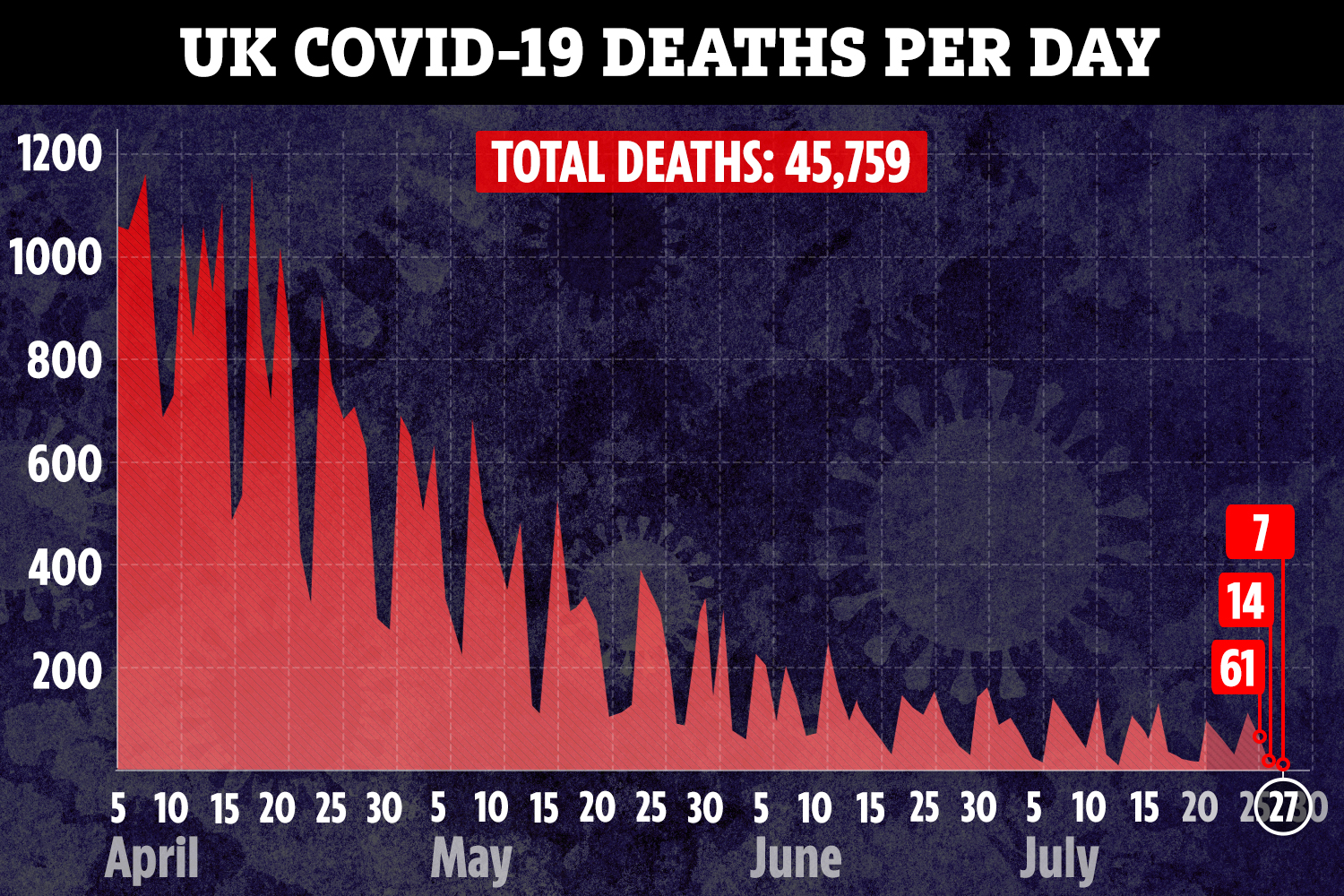 But now Boris Johnson, following his own Covid-19 ordeal, has launched a war against obesity.

And at 57 years old, with a tyre round the middle, a fondness for beer and a chronic aversion to exercise, I am right in the Government’s target group.

“Do not be a fatty in your fifties,” the PM has reportedly told colleagues recently.

He could have been talking directly to me. I am the ultimate couch potato, as immobile as a statue on Easter Island and as unfit for purpose as the Home Office. 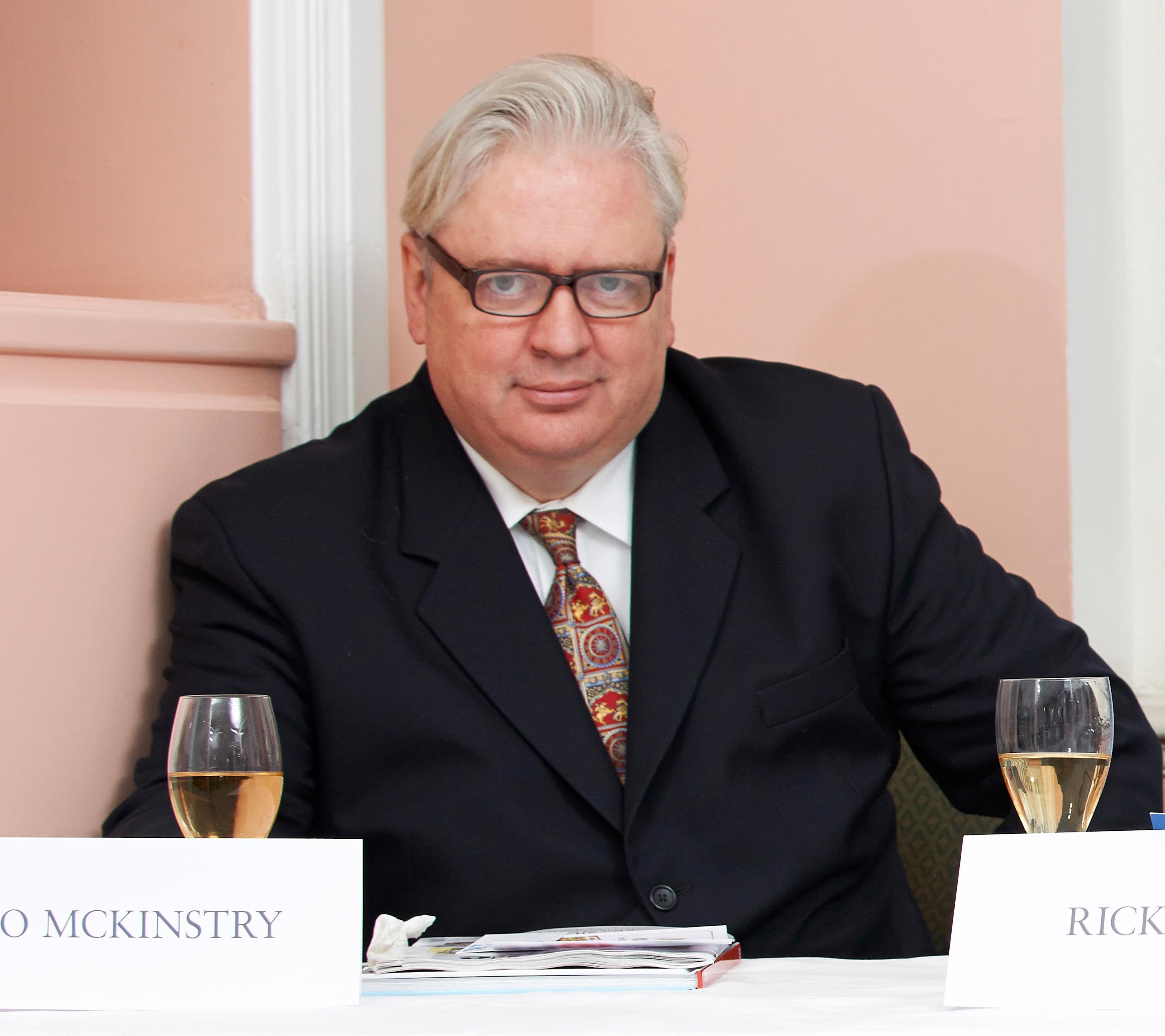 I used to wonder which milestone of 40 would arrive first in my life: the inches of my waistline or my age. In the end, my rapidly expanding girth made it no contest.

For years I have inhabited a well-upholstered comfort zone.

I once broke the metal frame of an antique bed at home, not through any marital gymnastics I hasten to add

One of the few times I take any exercise is the trip to the kitchen cupboard for another packet of crisps.

I once broke the metal frame of an antique bed at home, not through any marital gymnastics I hasten to add. My body is not so much a temple as an extension of the off-licence.

The only occasion when I break into a sweat is when I discover there are no cans of Carlsberg Special Brew left in the fridge. 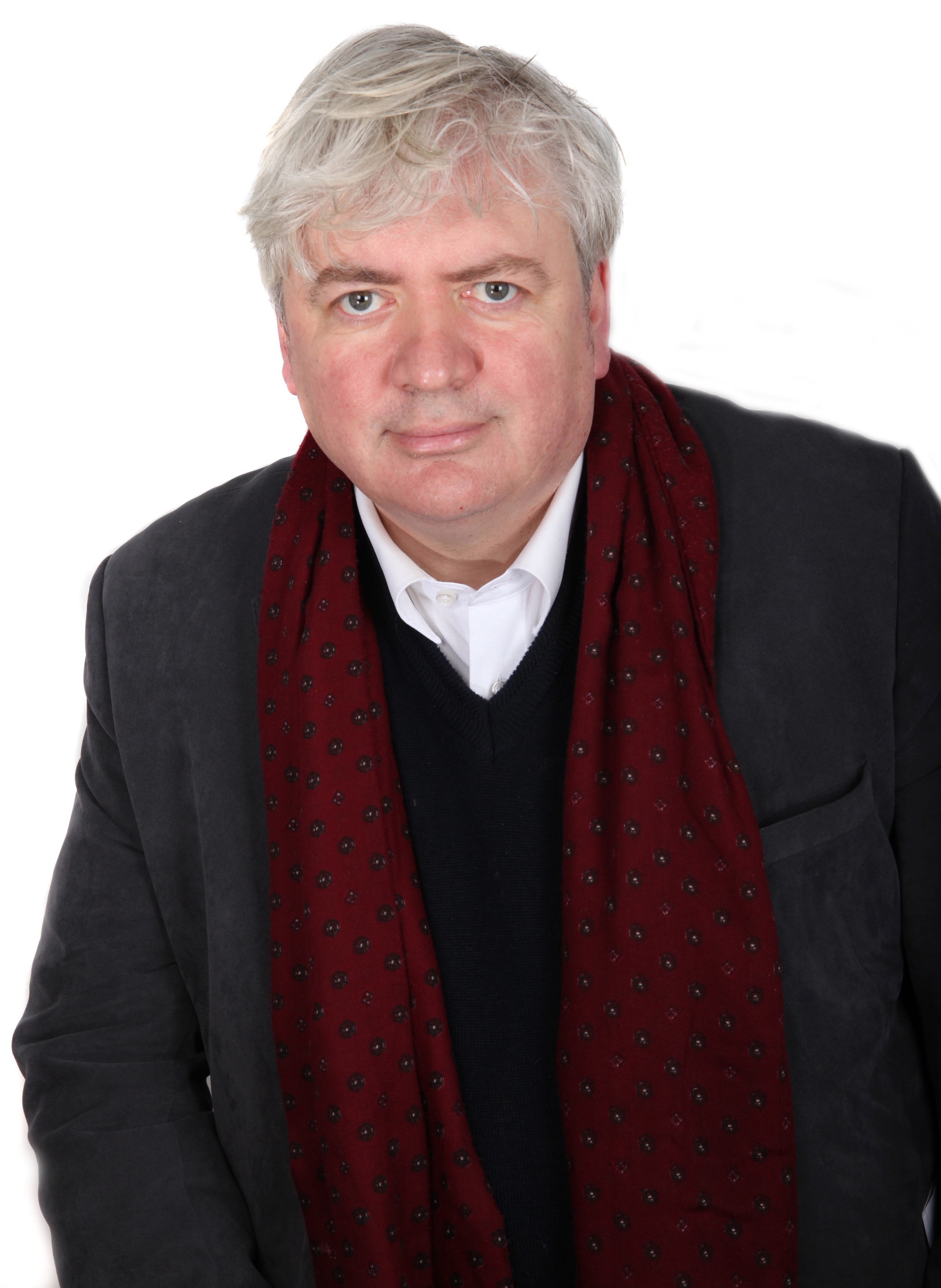 We can no longer be a burden

Throughout this journey into portliness, I have maintained my dismissive attitude towards health campaigns.

I complacently told myself that my weight was my own business, that lectures from public officials were a tiresome, politically correct irrelevance.

I saw my own flab as a heroic statement of non-compliance with the finger-wagging edicts of a hectoring bureaucracy.

I cheered any sign of defiance against the puritan enemy, as in 2006 when Boris Johnson attacked the campaign of Jamie Oliver for healthier school meals.

My weight not only puts my own health at risk, but also carries the danger of spreading the virus and increasing the burdens on the NHS

“If I were in charge, I would get rid of Jamie Oliver and tell people to eat what they want,” he said then.

Well, he is singing a very different tune today, even though he says he's still “not a believer in a nannying or bossing type of politics". 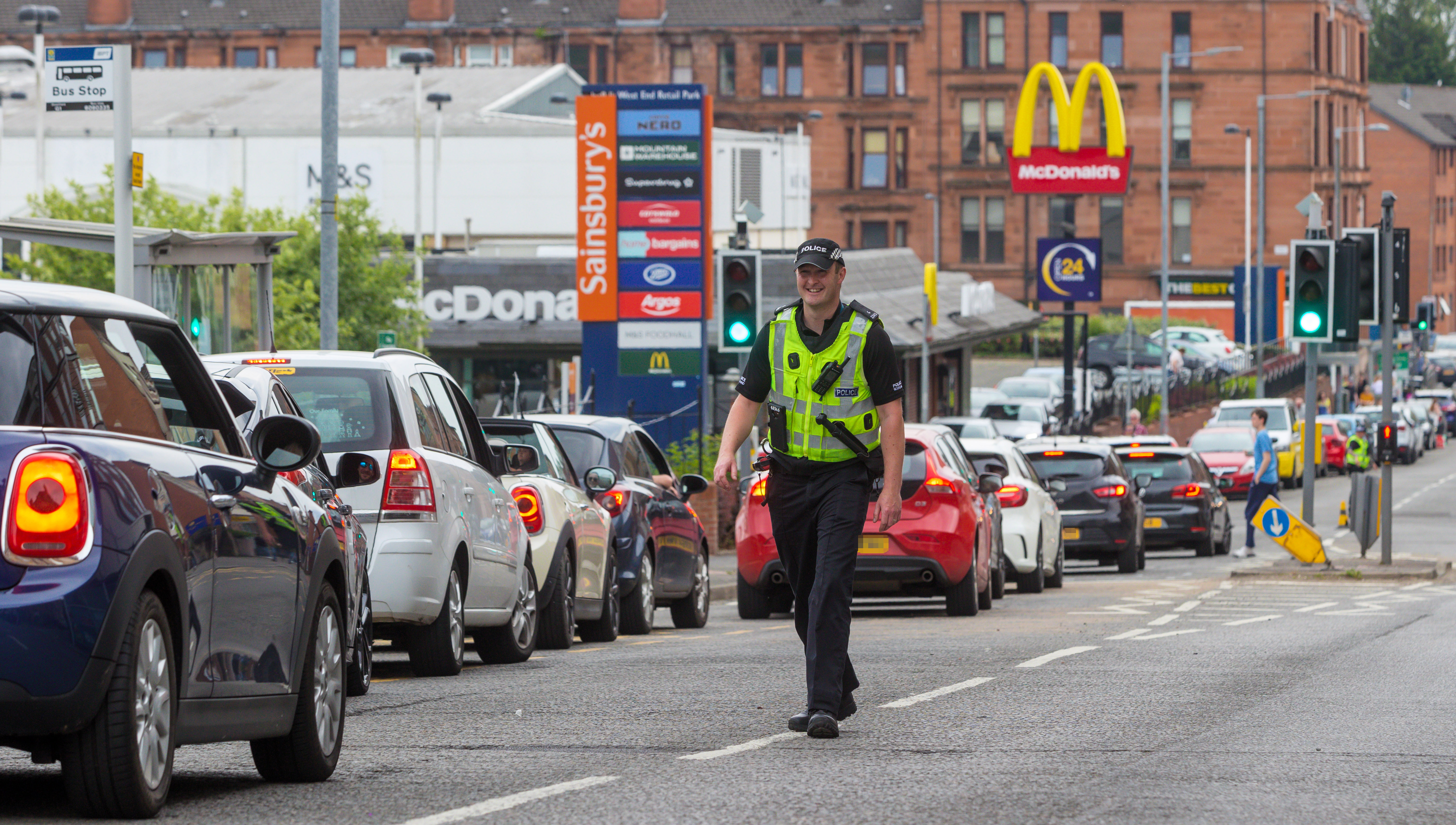 But Boris, partly because of his own ordeal, has woken up to reality of the Covid menace. I should follow his example.

Against the backdrop of coronavirus death, my own past attitude about being a gutbucket now sounds flippant.

This sort of behaviour not only puts my own health at risk, but it also carries the danger of spreading the virus and increasing the burdens on the NHS, which is already spending £6 billion-a-year on weight-related problems.

Beyond the individual level, any refusal by the Government to take action on obesity would be a flight into irresponsibility rather than a stand for freedom.

'Too many are being driven into an early grave'

Given Britain’s high incidence of the disease, our government is absolutely right to lead a major campaign against obesity.

This is no longer a question of excessive self-indulgence, but a matter of life and death. 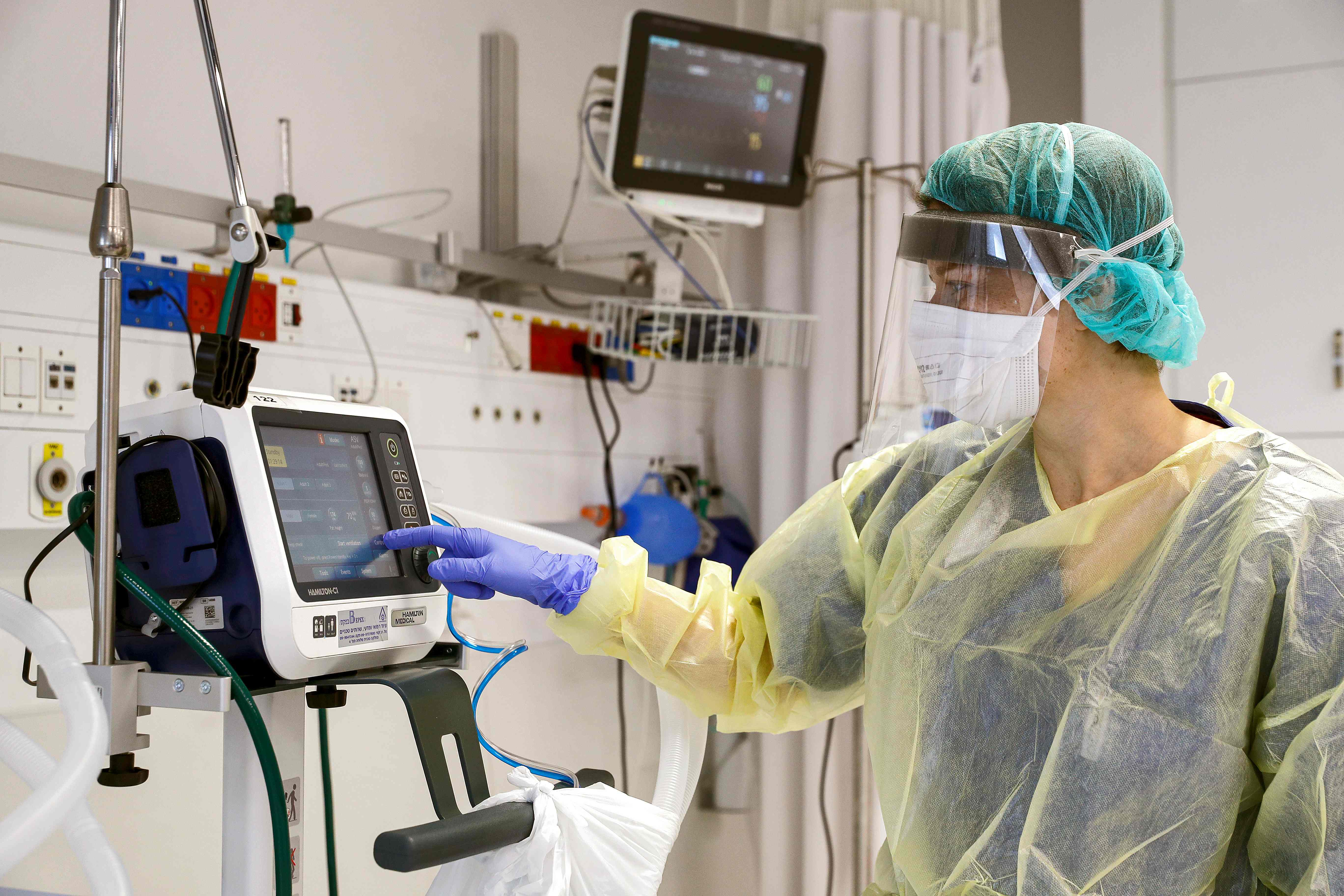 Our addiction to gut-busting food and drink is driving too many people into an early grave.

In response to the crisis, the Government’s new initiative will include a pre-watershed ban on junk food TV advertising, restrictions on the sale of confectionery at checkouts, limits on supermarket special offers, and calorie counts on menus.

Many will see this as the worst kind of nanny state politics.

But, in the wake of the deadly pandemic, theoretical rights to personal freedom have to be balanced by recognition of the public interest.

Launching the new drive this week, the Prime Minister said that the virus was “a wake-up call for the whole country” because it proved “how important it is not to be overweight”. 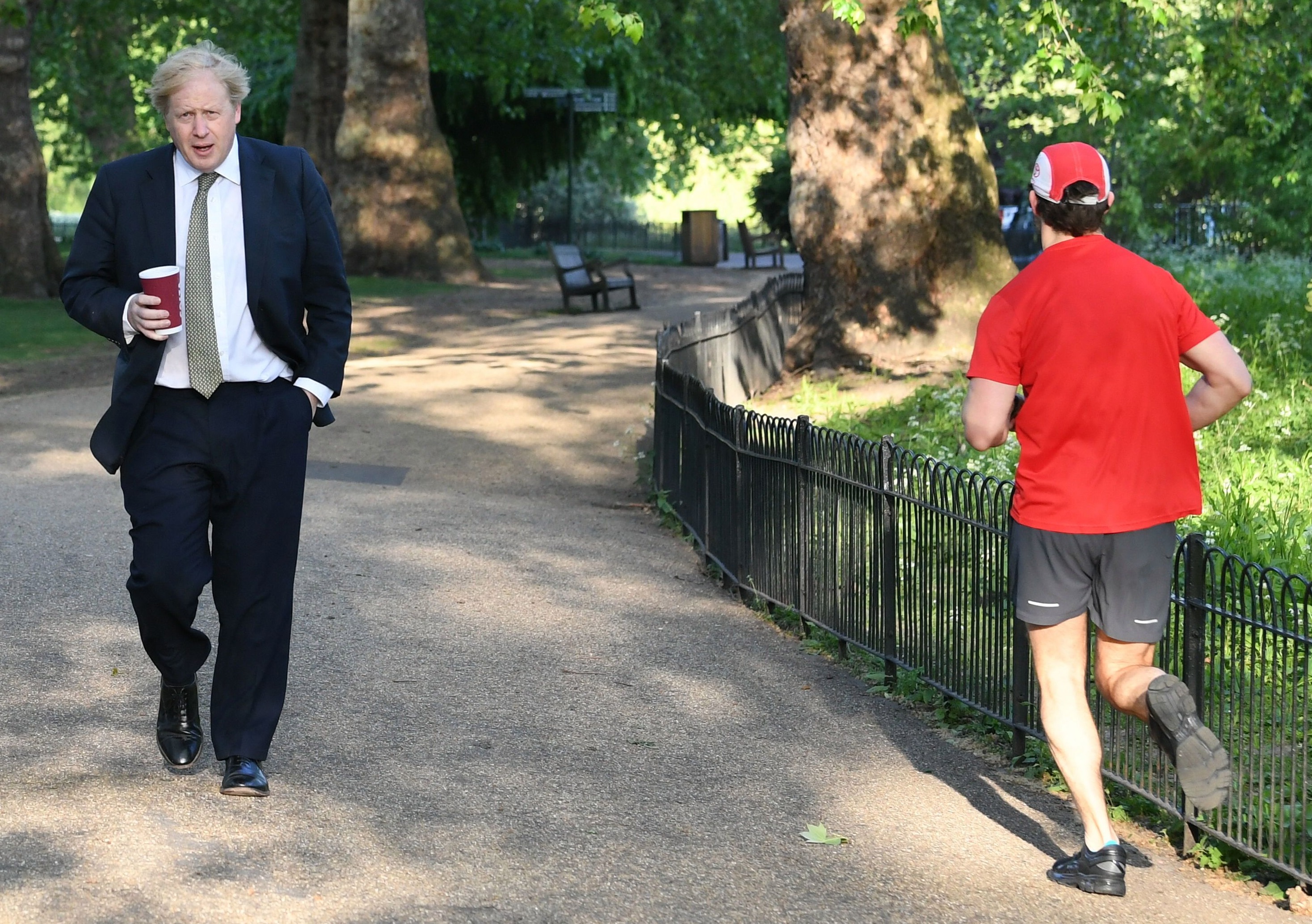 Having experienced his own brush with death a few months ago, when he weighed more than 17 stone, Boris knew that only too well.

Since his release from hospital, he has lost a stone, thanks to a healthier lifestyle that features less cheese and more walks with his beloved terrier Dilyn.

“Little changes each day soon add up,” he says.

It is flabbiness in particular that has helped to fuel the impact of coronavirus.

All scientific studies demonstrate that, after age and gender, weight is the most important factor in deciding how vulnerable an individual will be to the disease. 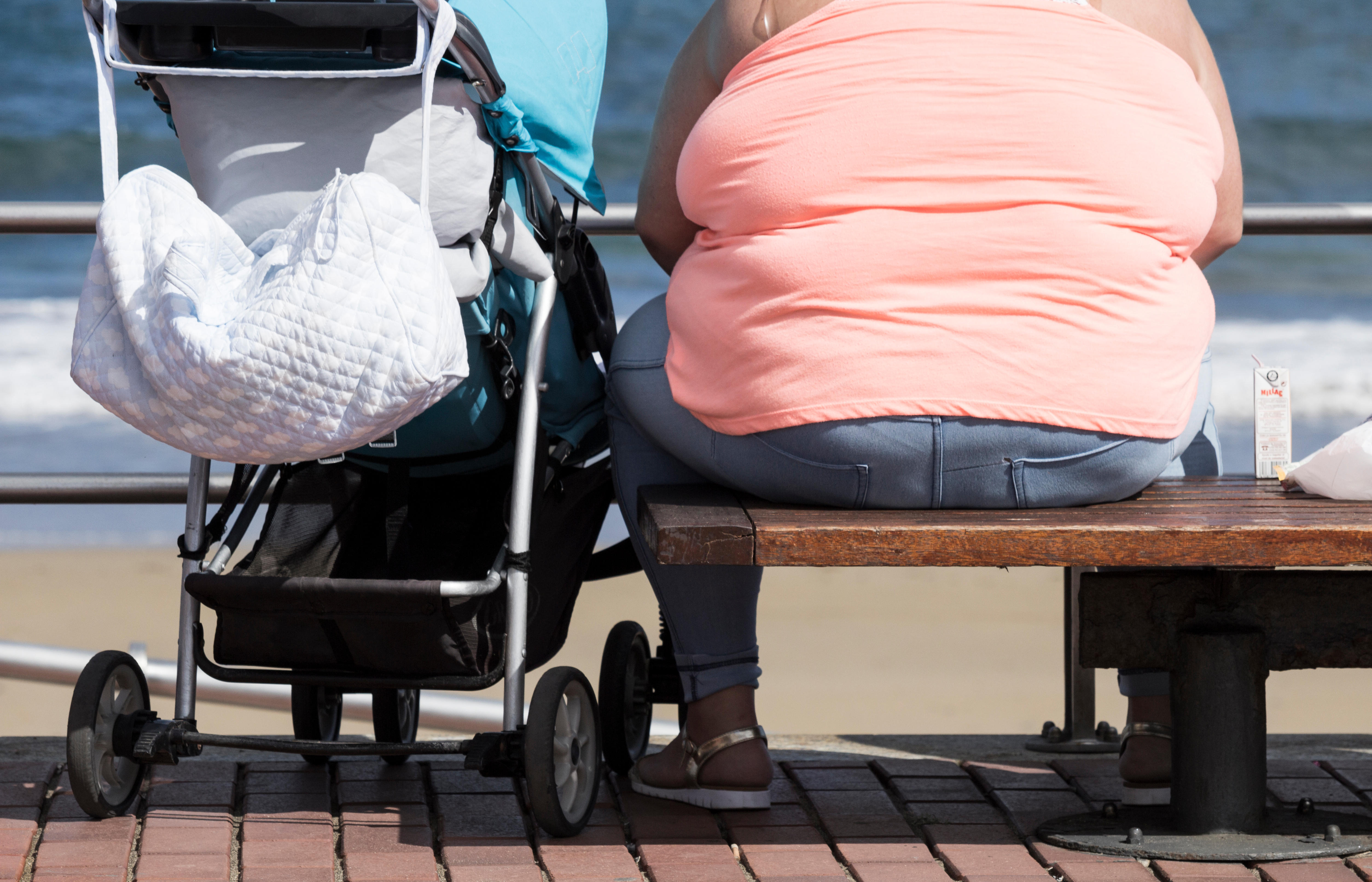 Research by Public Health England reveals that obesity increases the risk of death from Covid-19 by at least 40 per cent.

Another analysis showed that seriously overweight coronavirus patients are almost three times as likely to end up in intensive care as patients of a healthy weight.

Across the pond, researchers in New York found that two-fifths of coronavirus patients, who required a breathing aid like a ventilator, were obese.

The plain truth is Britain is now the sickest man in Europe because it is fattest.

Tellingly, the US has the highest death toll in the world and also the highest rate of obesity, with 42 per cent of its population dangerously overweight.

Contrast that with Japan, where just 4 per cent of the adult population is obese. It is no coincidence that, despite a population of 126 million, Japan has seen just 1,011 Covid deaths.

'Society needs to be telling blubbery folk to shape up'

The measures proposed this week – like a review on food packaging labels or a NHS support for weight loss programmes – are not some brutal invasion of personal liberties but a common sense response to a genuine danger.

Because of the damage it causes, obesity should be frowned upon like drinking-driving or smoking. 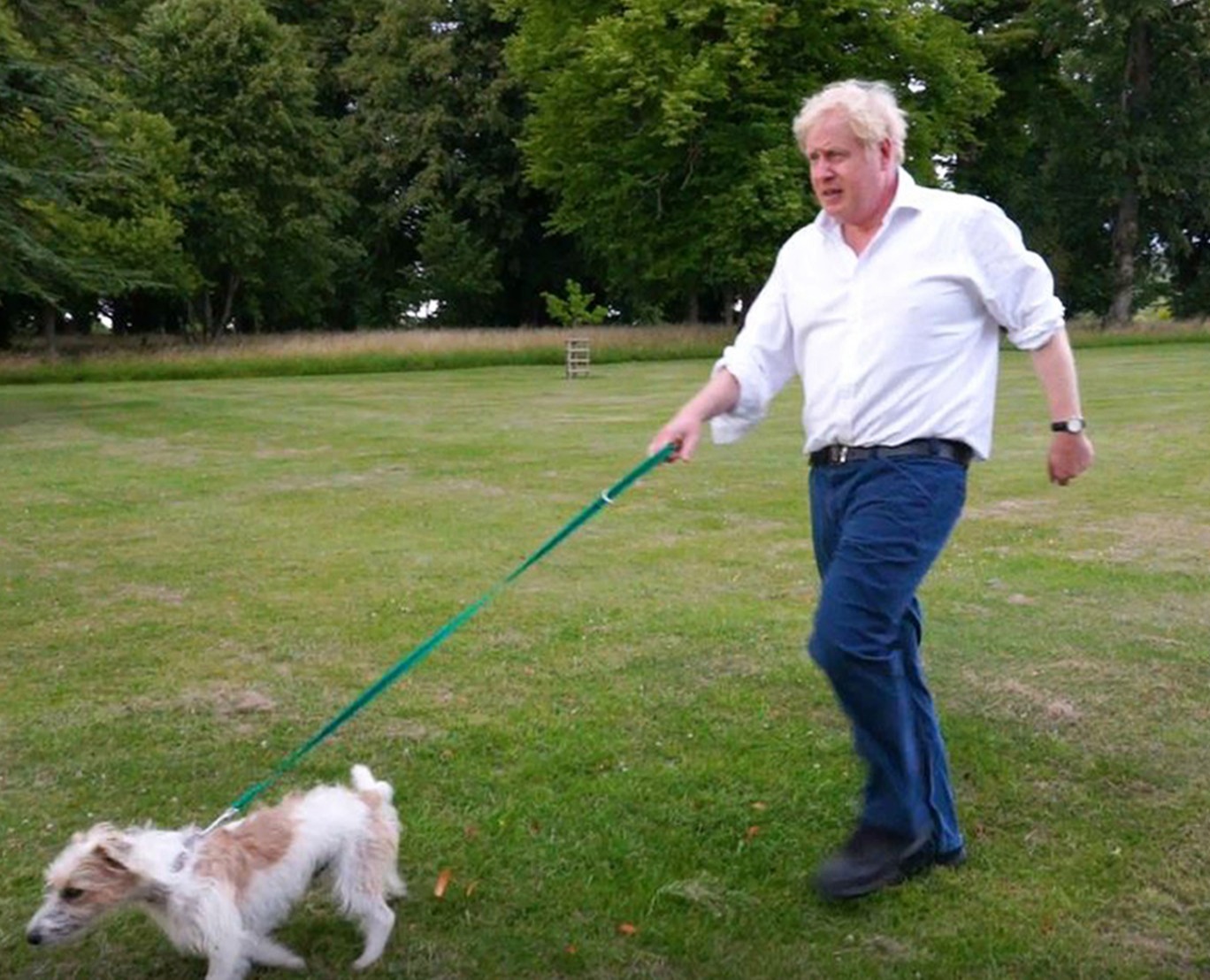 Some campaigners, terrified of making personal judgements, try to pretend that being grossly overweight is an illness.

As a lumbering fatty myself, I can say that such a claim is nonsense. Overconsumption and a reluctance to exercise are personal choices, not symptoms of an ailment.

Pretending that weight gain is a disease just encourages irresponsibility and victimhood. So do moans about “body-shaming” or “fat discrimination.”

Telling blubbery folk to shape up is exactly what society should be doing.

If the legacy of coronavirus is greater health awareness and subsequent weight loss, then some good may come out of the tragedy.