London: Sweden has reopened its investigation into an allegation that Julian Assange raped a woman during a 2010 visit to Stockholm.

“There is still probable cause to suspect that Mr Asssange committed rape or a lesser offence,” Deputy Director of Public Prosecutions Eva-Marie Persson said at a media conference in Stockholm on Monday.

She said the 2017 decision to suspend the investigation had not been motivated by difficulties with the evidence, but because Assange’s political asylum in Ecuador’s London embassy since 2012 had made it impossible to take the investigation further. 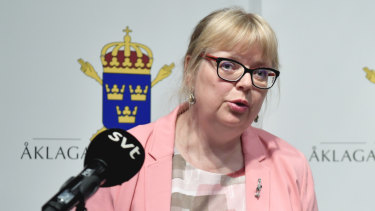 “The circumstances now allow for extradition to Sweden,” she said.

Sweden will issue a European arrest warrant and seek Assange’s extradition in the second half of the year, after he has served a prison term in the UK for skipping bail.

Sweden will also seek to interview Assange by video while he is still in jail.

The accusation against the 47-year-old Wikileaks founder relates to an encounter between him and a woman he met at while giving a speech in Stockholm in August 2010.

She accused him of having sex with her without using a condom as she slept.

However Assange said he was “entirely innocent”. In a long statement he released two years ago, he said the sex was consensual.

The UK Home Secretary will have to decide whether Sweden’s investigation should take priority over a request from the US for Assange to be sent there to face a computer hacking charge. 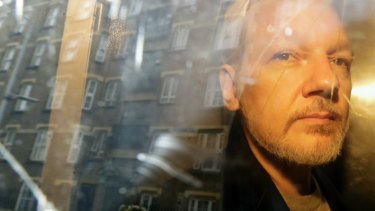 “Since Julian Assange was arrested on 11 April 2019 there has been considerable political pressure on Sweden to reopen their investigation, but there has always been political pressure surrounding this case,” Kristinn Hrafnsson, WikiLeaks’ editor-in-chief, said in a statement on Monday. “Its reopening will give Julian a chance to clear his name.”

Assange was arrested in April, after Ecuador ended his six-year protection under political asylum at its London embassy.

He was sentenced to 50 weeks in jail for breaching his bail conditions and is likely to remain in jail while the extradition requests are fought out.

Assange was originally arrested in December 2010 after Sweden obtained a warrant to investigate two women’s allegations of rape and sexual assault. After his appeals against extradition failed, Assange entered the embassy.

One of the allegations has since passed its statute of limitations, however the rape allegation can still be prosecuted until August next year.

A prosecutor interviewed Assange at the Ecuadorian embassy in November 2016. In May 2017 prosecutors discontinued their investigation saying it could not move forward without Assange’s presence in Sweden.

Earlier this month the US began its push for extradition in a brief hearing at Westminster Magistrates Court in London where Assange declined to surrender for extradition.

Counsel for the United States government, Ben Brandon, said Assange faced one charge which “relates to one of the largest compromises of classified information in the history of the United States” and attracts a maximum five-year jail sentence.

He was alleged to have conspired with army whistleblower Chelsea Manning to obtain secret files from military and diplomatic databases.

Assange is likely to fight this charge on the grounds that the constitution-guaranteed freedom of speech in the US extends to journalists who are reporting classified information.

His lawyer Jennifer Robinson said the case was “about a journalist and a publisher who had conversations with a source about accessing material, encouraged that source to provide material and spoke to that source about how to protect their identity”.

The case is due to return to court on May 30, but cannot get underway properly until the US delivers more detail of the charge and evidence against him.

A full extradition hearing would be months away.

On the weekend a Spanish newspaper reported that Ecuador had agreed to hand over to the US all Assange’s possessions from the embassy, including his computers, for use in its investigation.

US officials are due to enter the embassy to seize the material next week, El Pais reported.

Assange’s lawyers said this was an outrageous breach of international law.