Benjamin Netanyahu called off his Thursday plans to visit the United Arab Emirates – with the Israeli leader’s office claiming a spat with the Jordanian government brought up issues with him flying over their airspace.

Netanyahu, 71, was supposed to visit with leaders in UAE after in August it became the third Arab nation, following Egypt and Jordan, to establish formal diplomatic ties with the Jewish nation.

The prime minister’s office said in a statement that ‘because of difficulties in coordinating his flight in Jordanian airspace the visit was postponed’ – and the office did not give a new date for the visit.

Jordanian Crown Prince Hussein bin Abdullah II was supposed to visit the Temple Mount holy site in the Old City of Jerusalem on Wednesday, but the trip was abruptly canceled ‘due to a disagreement over the security and protection arrangements at the site.’ 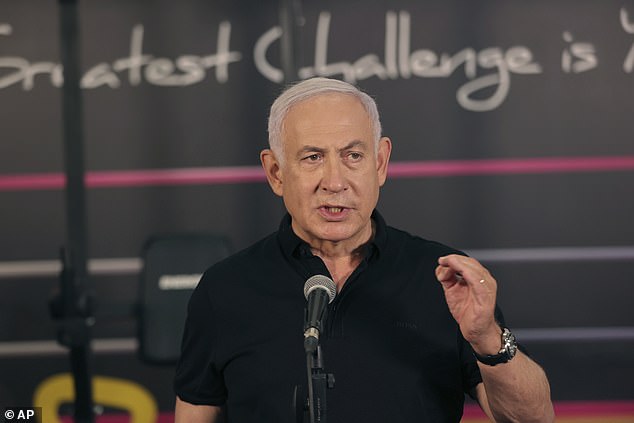 Israeli Prime Minister Benjamin Netanyahu canceled Thursday his historic trip to the United Arab Emirates after a spat with Jordanian government, which is now restricting its airspace 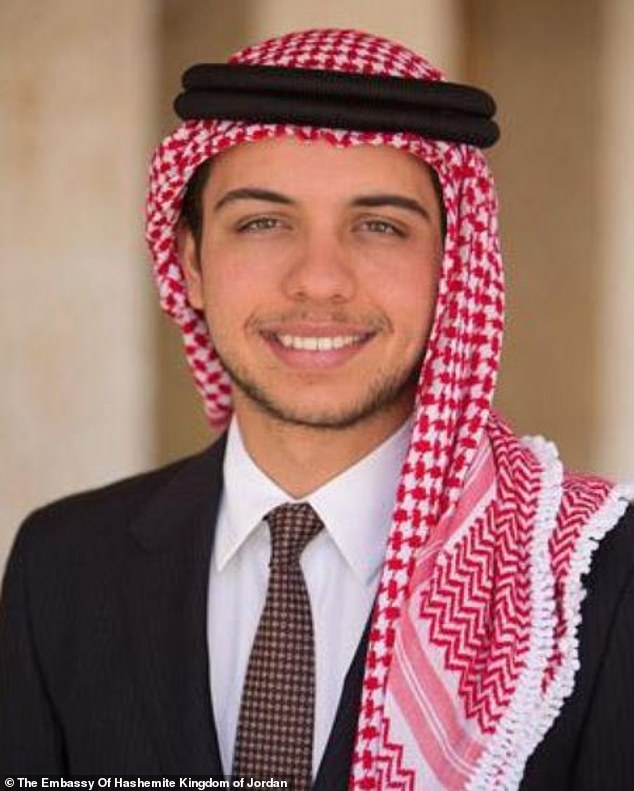 Jordanian Crown Prince Hussein bin Abdullah II was supposed to visit the Al-Aqsa Mosque in  he Old City of Jerusalem Wednesday, but Israel said he was turned away at the border when he tried to bring more security personnel than was previously agreed 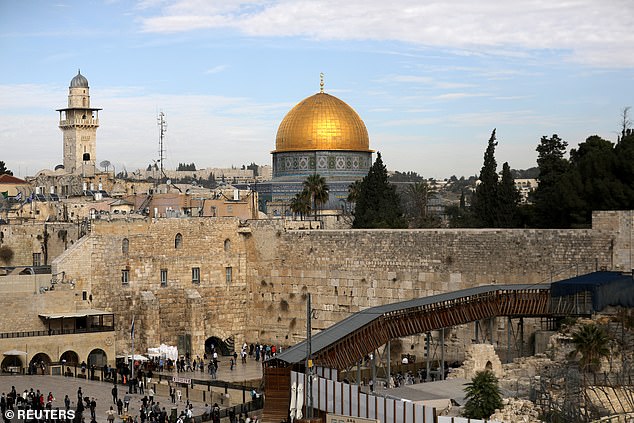 Jordan serves as the custodian of Jerusalem’s holy site known to Muslims as the Noble Sanctuary and to Jews as the Temple Mount, which is home to the Al-Aqsa Mosque

Netanyahu’s visit would be the first by an Israeli prime minister since the establishment of bilateral relations last year. Bibi, a common nickname for Netanyahu, will reschedule the trip with Emirati authorities, his office revealed.

Donald Trump’s son-in-law Jared Kushner, who also served as the then-president’s senior adviser – and is Jewish – helped establish talks between the two nations.

The trip planned for Thursday was meant to cement new diplomatic ties between the Middle East nations and boost the embattled Israeli leader’s re-election hopes just 12 days before voters head to the polls.

Jordan serves as the custodian of Jerusalem’s holy site known to Muslims as the Noble Sanctuary and to Jews as the Temple Mount, which is home to the Al-Aqsa Mosque.

During the trip Wednesday, the crown prince had to turn back at the King Hussein Bridge border crossing, according to Israeli media, due to a disagreement with Israeli authorities over the number of armed escorts that could accompany him.

He claims Israel changed previously agreed-upon arrangements ‘at the last minute,’ forcing the crown prince to call off the visit.

‘His highness decided he did not wish to disrupt this peaceful night of prayer and decided to cancel his visit,’ he said, speaking through a translator at a Paris summit. ‘We cannot accept Israeli interference in the affairs of Al-Aqsa.’

Oded Eran, a former Israeli ambassador to Jordan, said the latest rift between Israel and Jordan reflected a deeper deterioration in relations in recent years.

‘The major problem is there is no dialogue between the No. 1’s in Jordan and Israel. That is to say between the prime minister and the king of Jordan,’ he said, saying the two leaders are not known to have met or spoken for at least three years.

Eran also said there is a lack of trust, highlighted by Israel’s plans last year to annex parts of the Israeli-occupied West Bank.

Israel suspended the annexation plan as part of its agreement to establish ties with the UAE, but Eran said the Jordanians remain deeply suspicious that Israel has not abandoned its intentions to annex the area.

Jordan, which is home to a large Palestinian population, considers the establishment of an independent Palestinian state in the neighboring West Bank to be a key interest, and Israel’s annexation of parts of the area would make Palestinian independence all but impossible.

Israel and the Palestinians have not held substantive peace talks in over a decade.

‘At the least, they need a political process and movement toward a solution,’ said Eran, now a senior researcher at the Institute for National Security Studies, a Tel Aviv think tank. ‘The process itself is very important to the Jordanians and when it is not there, there are certainly concerns with regard to the situation.’ 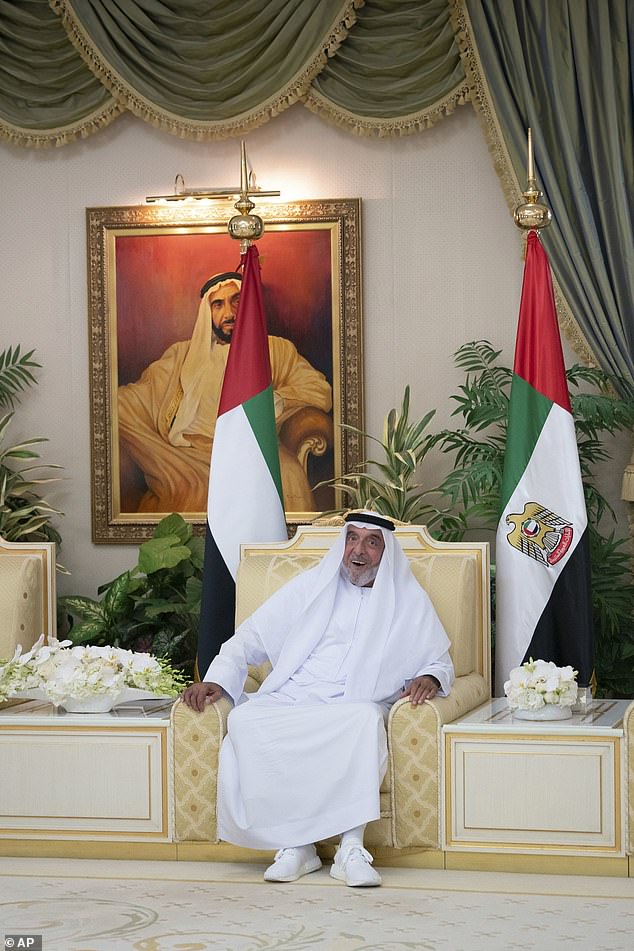 Earlier in the day Netanyahu’s wife’s hospitalization cast doubt on whether the UAE trip would take place. Sara Netanyahu was hospitalized Thursday with an appendix infection at Jerusalem’s Hadassah Medical Center, the hospital said.

An official in Netanyahu’s office said she had felt unwell and was taken to the Hadassah Medical Center, where she will remain hospitalized for several days. The official spoke on condition of anonymity because he was not authorized to speak to the press.

Netanyahu is locked in a tight race against a field of challengers in Israel’s fourth election in two years, and would have been sure to use the UAE trip – less than two weeks before he tries to secure reelection – to his own political advantage.

Netanyahu has cast himself as a seasoned statesman uniquely qualified to lead the nation through turbulent times. Thursday’s visit, which has been delayed several times due to coronavirus restrictions, would have possibly helped him divert attention from his upcoming corruption trial and anger over the economic fallout from the coronavirus crisis.