If Joe Biden is elected US president, American policy towards North Korea is likely to see less emphasis on personal dealings with leader Kim Jong-un, and more focus on allies and working-level diplomacy, campaign advisers and former officials say. 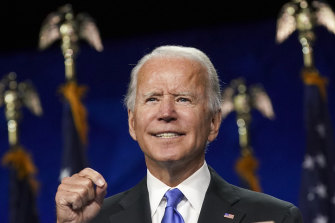 President Donald Trump has said he will make deals with North Korea "very quickly" if re-elected on November 3.

Pyongyang officials, however, have said while Kim still has a good relationship with Trump, they have to look ahead to a time when Trump isn't president.

Last year, North Korea lashed out at Biden, calling him a "rabid dog" that should "be beaten to death" for comments seen as disparaging of Kim.

Biden, who has a solid lead in most opinion polls, cited those threats in January when he said he would not meet with Kim unless unspecified preconditions were met.

After months of trading threats and insults — Kim was "Little Rocket Man" and Trump a "deranged US dotard" — Trump became the first sitting US president to meet with a North Korean leader when he held a summit with Kim in Singapore in 2018.

"There's no question that the era of love letters will be over," one Biden policy adviser said, speaking on condition of anonymity. 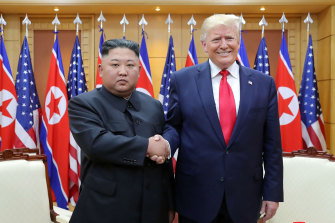 "If Biden wins in November, we can expect North Korea to take a dramatic step later this year, possibly by conducting a nuclear or ICBM test, to warn the new administration away from this path," he said.

The Biden adviser declined to elaborate on what Biden might do if North Korea returns to nuclear or ICBM tests.

Jung Pak, a former CIA analyst who now works at the Brookings Institution and provides informal counsel to the Biden campaign, said any North Korean provocation could be used by a new administration.

"A nuclear or ICBM test by North Korea would provide an opportunity for the new administration to highlight the threat that the Kim regime poses and try to build some consensus or agreement with our allies on a coherent North Korea policy," she said, while noting that she does not speak for Biden's campaign.

"That is, don’t let a good crisis go to waste."