The incident took place in Buenos Aires when several passengers claimed the unnamed man was secretly taking photos of a young lady. 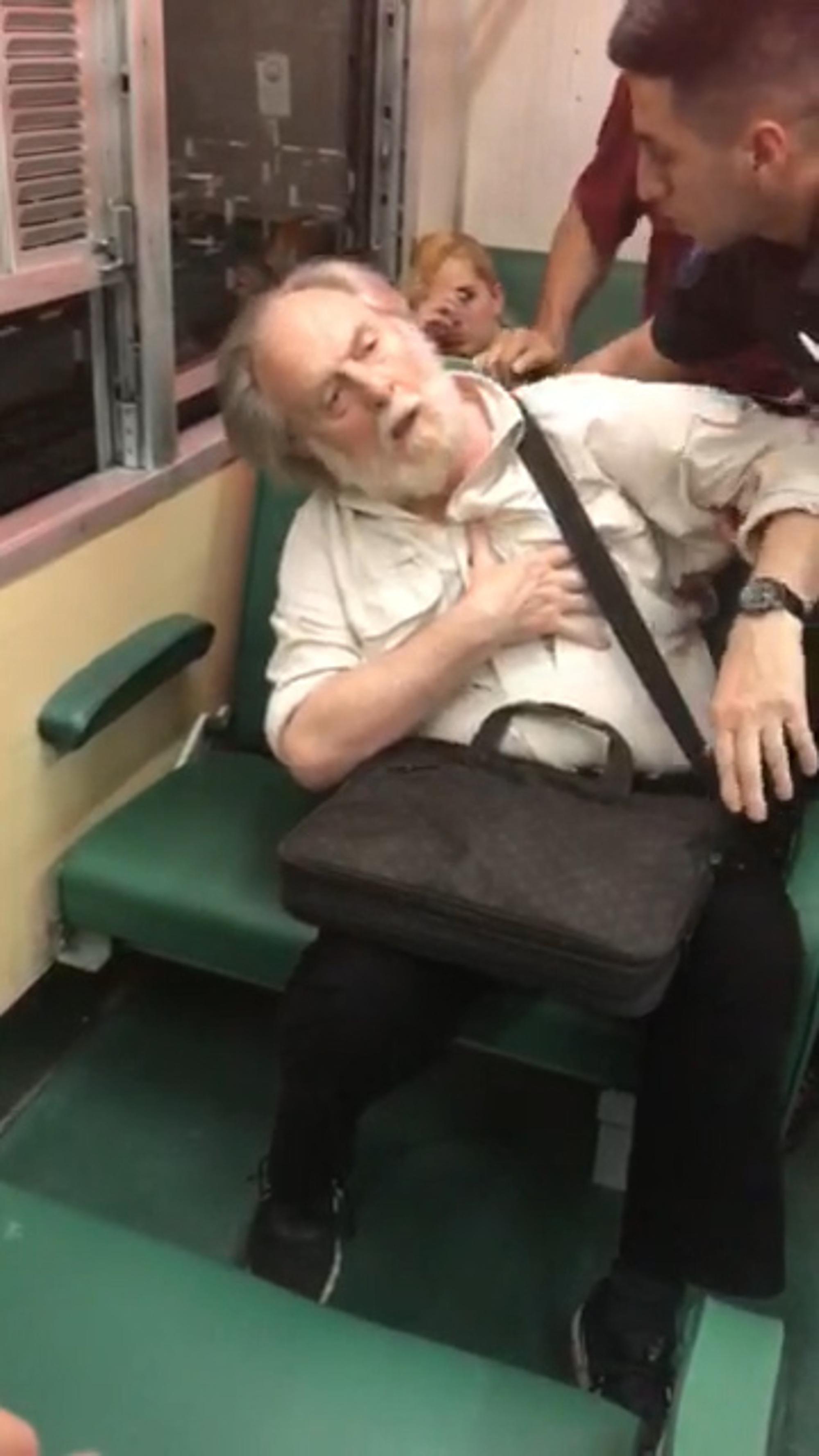 They asked him to delete the images, but he refused and the situation escalated to a 10 minute full-blown argument between the suspected perv and other passengers.

He told the woman who insisted that he delete the photos: "You are not the boss of me!"

The man tried to justify his actions by saying that the woman he photographed was wearing revealing clothes, according to local media. 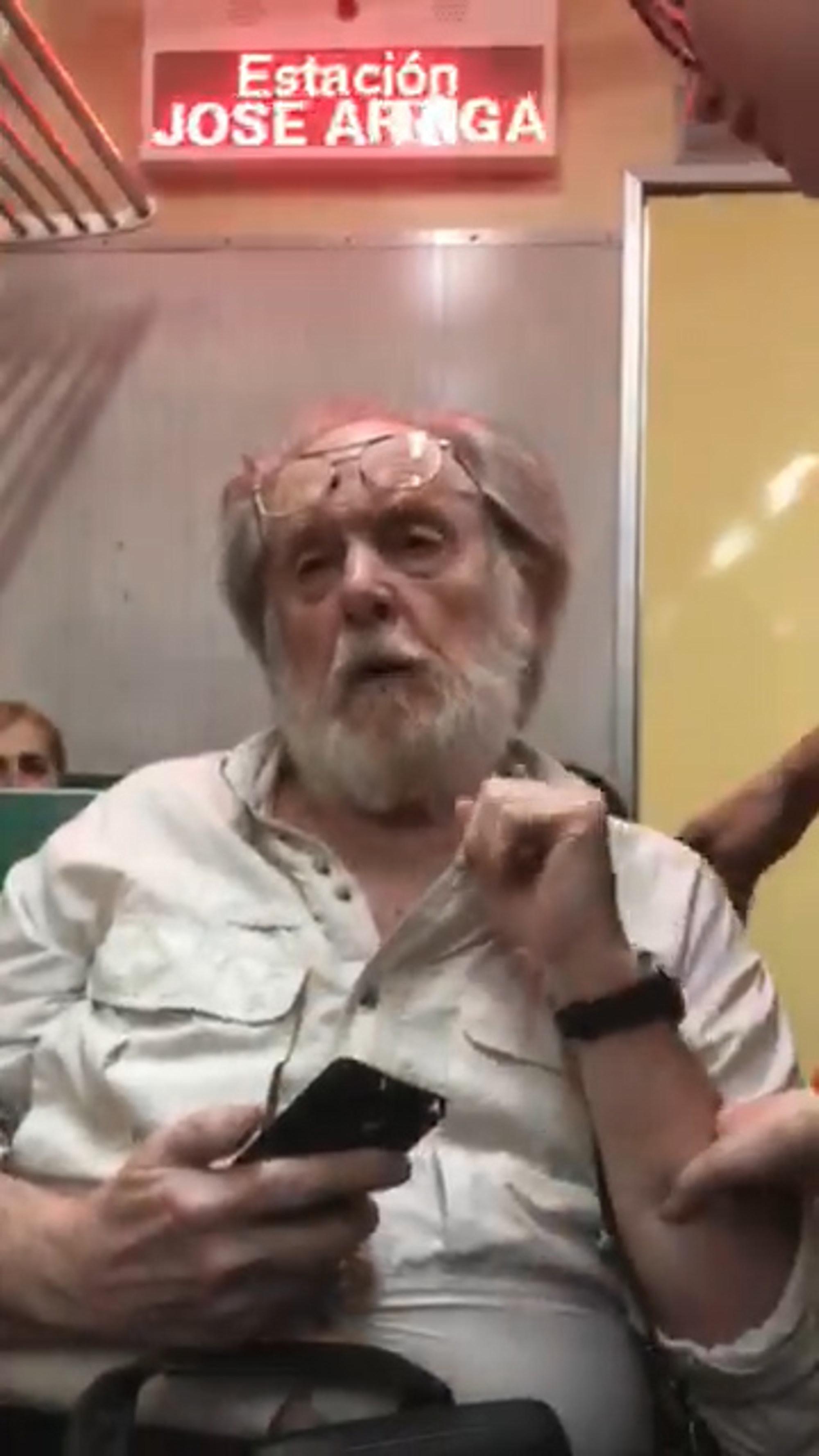 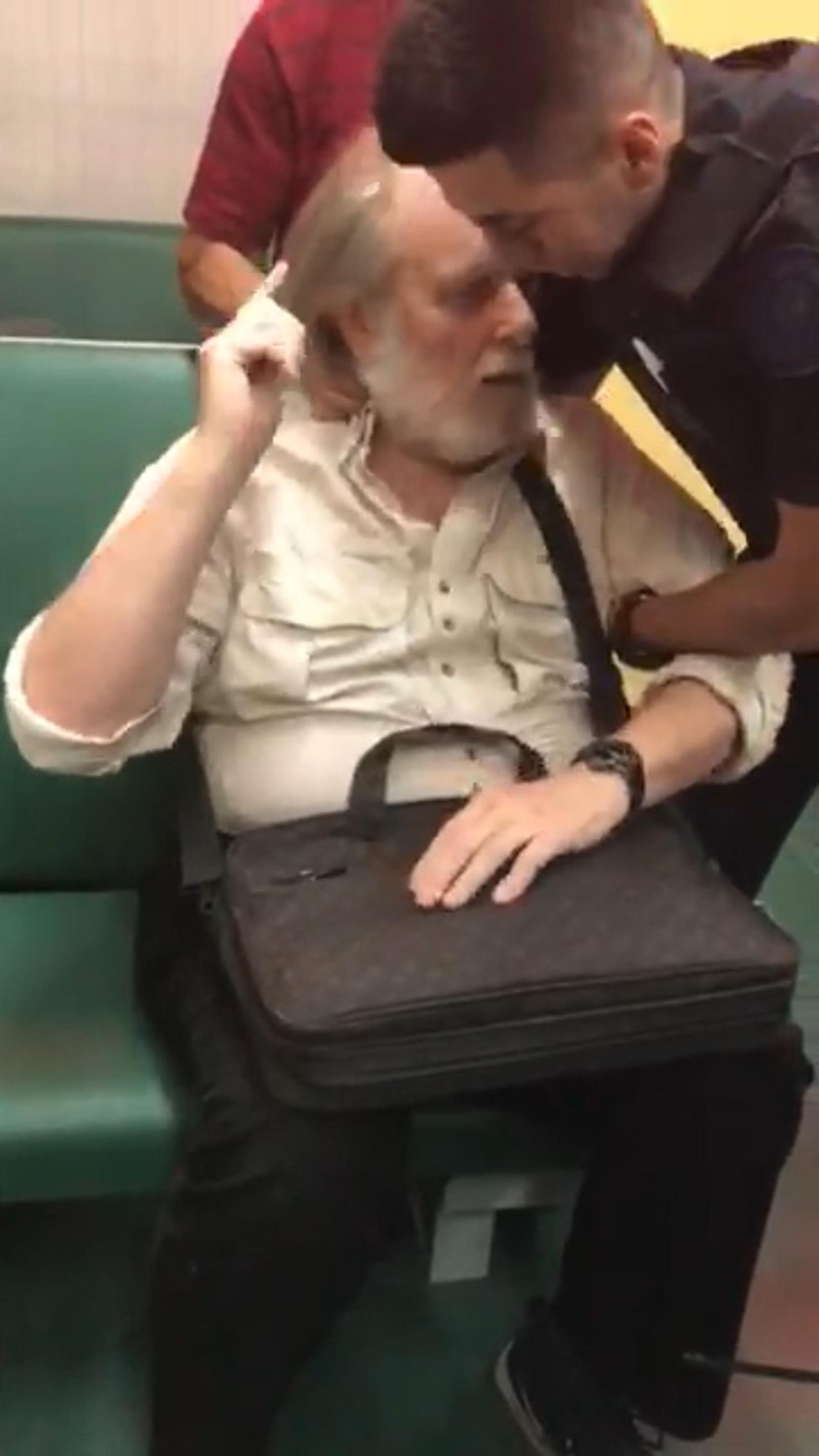 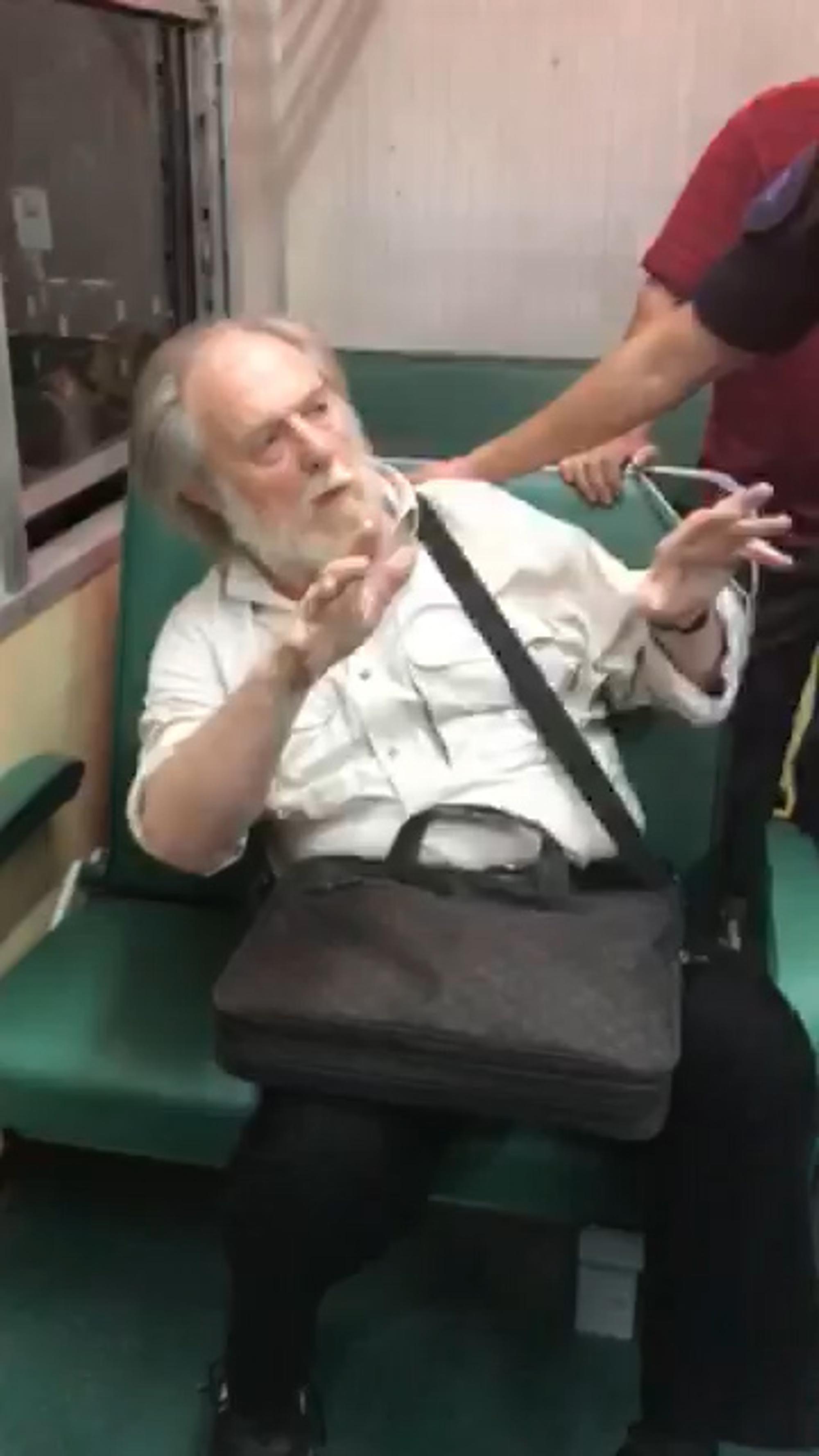 The row was filmed and uploaded to Facebook by Yanina Sofia Scavone where it went viral with over 1.2 million views.

The video shows passengers arguing before a cop arrives and asks the man to leave his seat, which he refuses.

He is then seen faking a heart attack by clutching his chest and making some odd groaning noises, but his act does not appear to fool anyone and he quickly appears to be fine again.

One online user said: "Why didn't they arrest him? I don't think he is well in the head."

Another commeter added: "Oh no, where are the drama classes?"