A blind man taught himself to skateboard through touch, feel and memories of playing video games.

Coco Atama began losing his vision before he could even form memories, after he was diagnosed with Leber’s Congenital Amauros, a rare degenerative eye disease, at just 10 months old.

On his seventh birthday, Coco was handed his first skateboard, a gift that would turn his life around and provide him with what he calls the greatest possible therapy.

The 22-year-old, from Burbank, California, has been skating for the past 15 years in an effort to improve his mental health, teaching himself tricks through feel, touch and playing the video game Tony Hawk Pro-Skater. 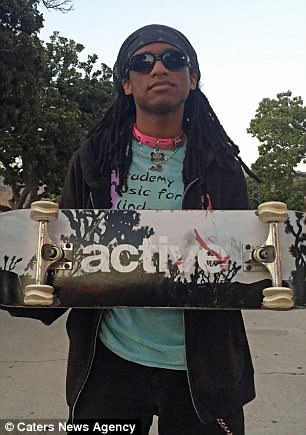 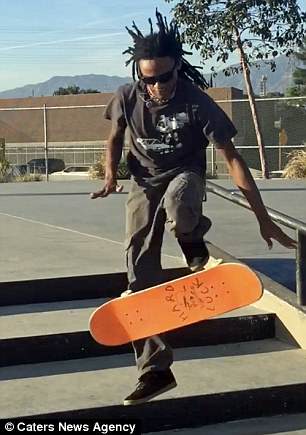 Coco Atama from Burbank, California, has been skating for the past 15 years since he was given his first skateboard on his seventh birthday

Being the ‘first and only’ blind child in his school, he said he was treated ‘more like a doll’ than a person as children and teachers were fascinated by his condition.

He said: ‘Other kids were fascinated with me [in school], but not in a good way.

‘Even though I could see a little bit, I didn’t have any peripheral vision, so they kids would constantly take my stuff and watch and laugh as I scrambled around to find it.

‘But when I got my first skateboard, skating would become like therapy and my own escape from the world.

‘No matter how bad school was, I used to just skate around the sidewalk outside my house, or at the park and life would be okay again.’

Skating almost every day, Coco is now a sponsored skateboarder, and has become a renowned figure among skaters in his local area. 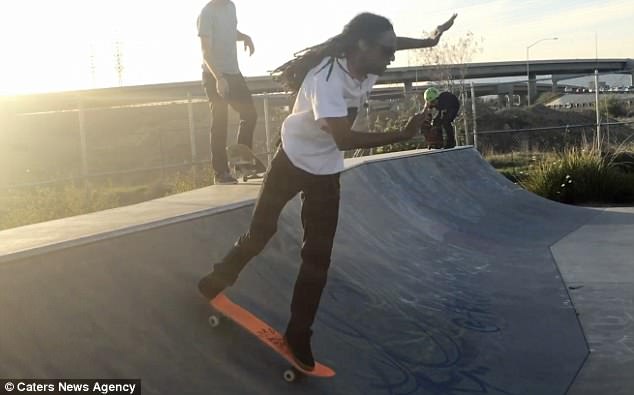 Coco is now a sponsored skateboarder, becoming a renowned figure in his local area 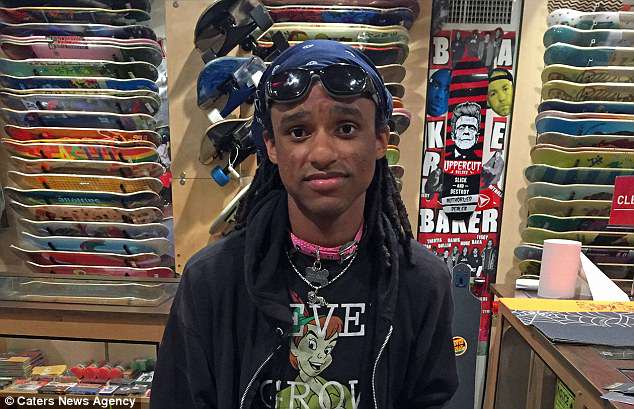 He taught himself tricks through feel, touch and playing the video game Tony Hawk Pro-Skater

He said: ‘After watching the X Games and playing Tony Hawk, it was almost a no-brainer that I’d eventually fall in love with skateboarding and want to do it myself.

‘While being unique and unorthodox is the most fun way to live, I also picked the kinds of tricks I do because you can really feel and connect with the board, as opposed to looking at it.

‘The first few years riding were spent developing a mic of my ever-changing eyes and always-reliable ears. Without my hearing I’d fail miserably.

‘It gives me the ability to listen and have a field of awareness, not only in front of me but to the sides and behind as well.

‘I just want to show the world that you should never worry about whether or not anyone else thinks you can do something. If you love doing it or want it bad enough, just do it. ‘