Boris Johnson is urged take on teachers like the miners: Tory backbenchers say PM should channel Margaret Thatcher and FORCE unions to reopen schools – as they compare Gavin Williamson to FRANK SPENCER

Boris Johnson was today urged to emulate Thatcher’s battle against coal miners and force teaching unions to get children back in schools.

Tory MPs are demanding the PM stays ‘unbreakable’ despite claims of attempts to sabotage his drive to get all pupils back in classes in England next month.

There are also increasing signs of a backlash against Education Secretary Gavin Williamson, with complaints he has been ‘practically invisible’ and comparisons with hapless comedy character Frank Spencer.

Mr Johnson turned up the heat in the standoff yesterday by insisting that there is a ‘moral duty’ to get all schools up and running in England in September. Scotland’s schools are returning from today, because their holidays end earlier.

The comments came after one union said ministers should have a plan B – such as a ‘week-on, week-off’ rota system for pupils – in case of further lockdowns and spikes in Covid-19 cases. 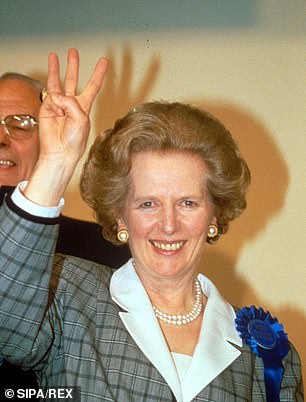 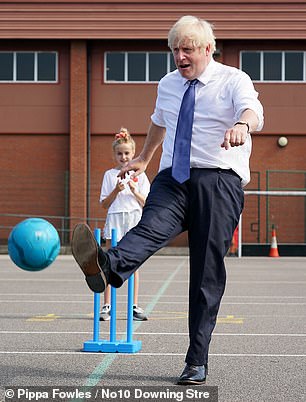 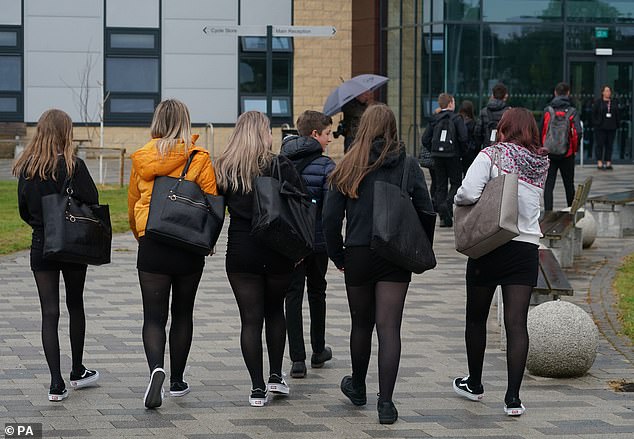 Scotland’s schools are returning from today, because their holidays end earlier. Pictured, pupils arrive at Kelso High School in the Scottish Borders 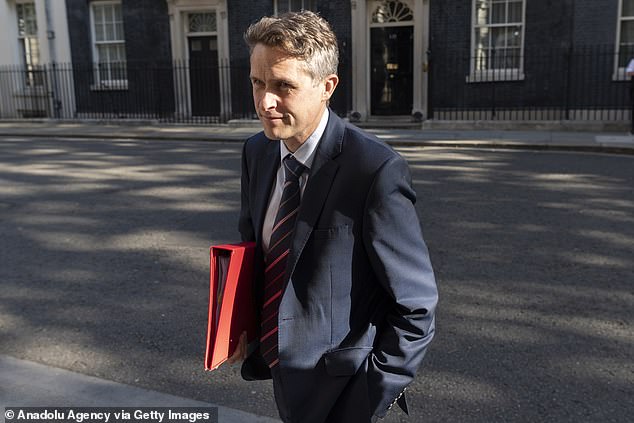 There are signs of a Tory backlash against Education Secretary Gavin Williamson (pictured last month), with complaints he has been ‘practically invisible’ and comparisons with hapless comedy character Frank Spencer

There have also been extensive lists of safety demands – which critics say are designed to be impossible to meet.

On a visit to a school in London yesterday, Mr Johnson said he hoped schools would not be forced to close as a result of local lockdowns, adding it was the ‘last thing’ that the Government wanted to do.

‘But clearly what we are doing – the way we are trying to manage the Covid pandemic – is to have local measures in place and local test and trace to introduce restrictions where that’s necessary,’ he said.

‘As we have all said, the last thing we want to do is to close schools. We think that education is the priority for the country and that is simple social justice.’

Ministers have become increasingly frustrated with the teaching unions in recent days, particularly after the National Education Union published a ‘nit-picking’ list of 200 safety demands for all schools to adhere to.

But the government is facing increasing pressure to take a tough line.

The Tory chair of the education select committee, Robert Halfon, told the Telegraph: ‘The Government needs to be absolutely unbreakable on this. If teachers won’t go in, be Maggie about it and say ‘we will find alternatives’. ‘

Former party leader Sir Iain Duncan Smith added: ‘Unions have got one objective – to use their political muscle to damage Boris Johnson.

‘It’s a re-run of the Eighties except it’s not the coal miners, it’s the teaching unions.’

One backbencher delivered a withering verdict on Mr Williamson’s performance, telling the paper: ‘Boris has got to show the courage of Thatcher in his battle with the unions, but that’s quite difficult when his divisional commander is Frank Spencer.’

The unions insist they are not trying to sabotage the back-to-school plans but are asking genuine questions about the Government’s approach and the lack of a plan B should virus cases escalate again.

Geoff Barton, general secretary of the Association of School and College Leaders, said: ‘This idea that demonising the trade unions lets the Government off the hook with difficult questions we are asking. 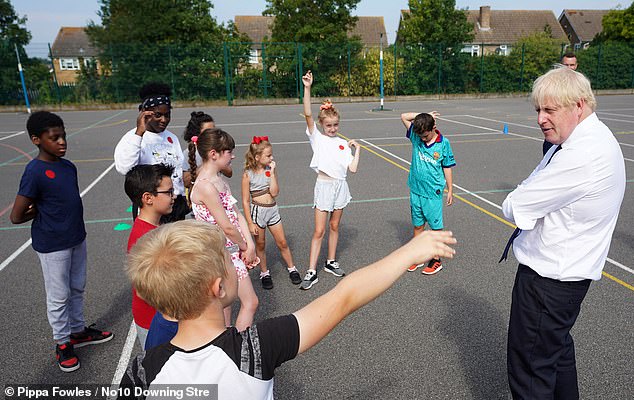 Mr Johnson (pictured visiting a school in Upminster yesterday) turned up the heat in the standoff yesterday by insisting that there is a ‘moral duty’ to get all schools up and running in England in September, and it is the ‘right thing for everybody’

‘They ought to be facing difficult questions because we are in the middle of something extremely challenging.’

Mr Barton added: ‘We would like to see more thought given to blended learning as a back-up plan, which could be a rota system of children in for one week and then learning at home for one week. This would be better than children returning solely to remote education.’

Avis Gilmore, deputy general secretary of the National Education Union, called for a more robust test, track and trace system to be in place to ensure the welfare of pupils and school staff.

She said: ‘Government could do much more to assure schools and local authorities that, should a second spike occur, either nationally or locally, there is a clear Plan B in place.

‘This plan needs to spell out what action must be taken in a variety of situations, so that schools and colleges can make the preparations parents expect of them.’