‘The nation owes more than words can say’: Boris Johnson leaves wreath with hand-written note for Duke of Edinburgh as it is revealed PM will watch funeral on TV at Chequers

Boris Johnson left a wreath for the Duke of Edinburgh today saying the nation owes ‘more than words can say’.

A handwritten message was placed with the PM’s tribute outside St George’s Chapel in the grounds of Windsor Castle.

‘In grateful memory of a man to whom the nation owes more than words can say,’ it reads. ‘Sent on behalf of the nation. From the Prime Minister’.

Mr Johnson will watch Prince Philip’s funeral tomorrow from his Chequers country residence, after indicating he will not attend in person to allow more space for family.

Other official wreaths had also been left at St George’s Chapel today. One from Nicola Sturgeon read: ‘With deepest sympathy from the First Minister of Scotland and the Scottish Government.’ 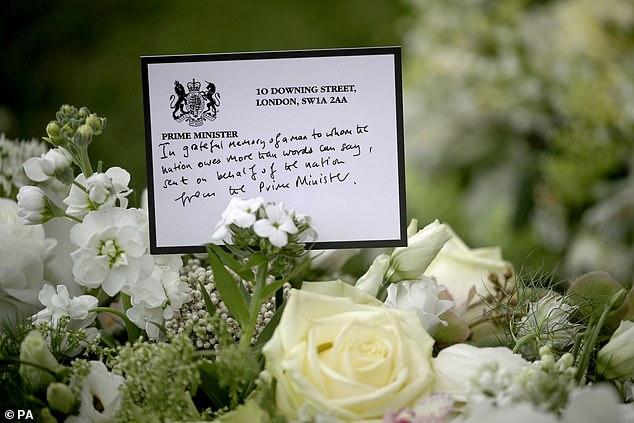 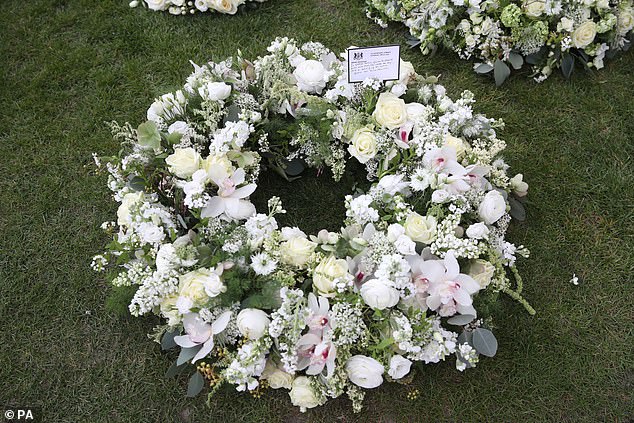 The message reads: ‘In grateful memory of a man to whom the nation owes more than words can say.’ 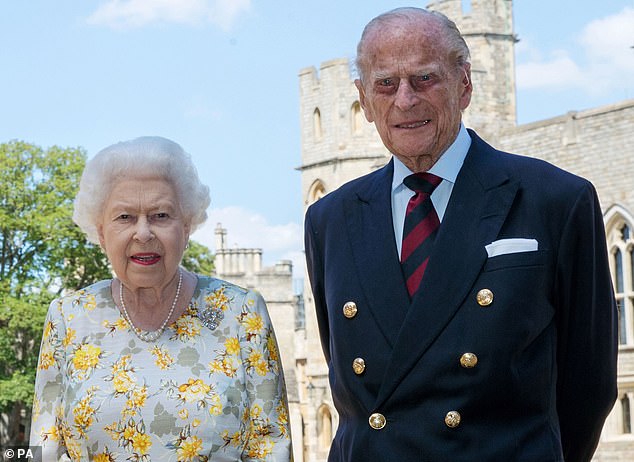 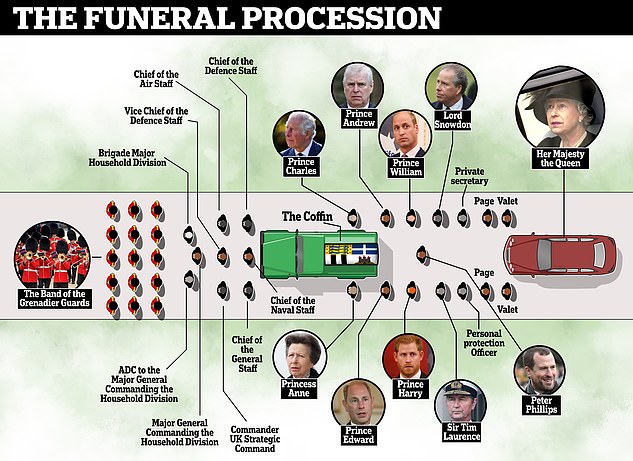 This is the funeral procession for tomorrow’s funeral, where William and Harry will not stand next to eachother with the Queen following behind in her car

The Royal Navy’s tribute read: ‘In gratitude for an exceptional life of service from all ranks of the Royal Navy.

The Queen is said to be ‘bearing up well’ as she signs off on the final preparations for her husband’s funeral, having ordered William and Harry not to walk shoulder to shoulder behind their grandfather’s coffin when he is laid to rest.

The estranged brothers are both in the small party of close family members – all male apart from Princess Anne – who will follow the Duke of Edinburgh’s body, but they will be separated by their cousin, Peter Phillips, on the eight minute walk from Windsor Castle to church.

The Queen will at the rear of the procession in the royal Bentley, and before it sets off, Her Majesty will have a moment of quiet reflection when her car draws up behind the coffin at the State Entrance to the castle and pauses for a moment.

And when the coffin borne on a Land Rover is carried into St George’s Chapel in Windsor, William will move ahead of his younger brother as they take their seats separately amongst the 30 guests.

The Queen is expected to sit alone due to restrictions imposed on the pared-back funeral due to Covid.

Meanwhile, calls to name a Royal Navy warship in honour of Prince Philip have been growing.

A petition to name a new military vessel after the late Duke of Edinburgh has rapidly gathered more than 12,000 signatures.

Tory MP James Gray suggested that one of the escort ships for the new Queen Elizabeth aircraft carrier could be named after the Duke.

‘It would be nice to have the escort ship named after the Duke of Edinburgh – quite fitting,’  Mr Gray said. 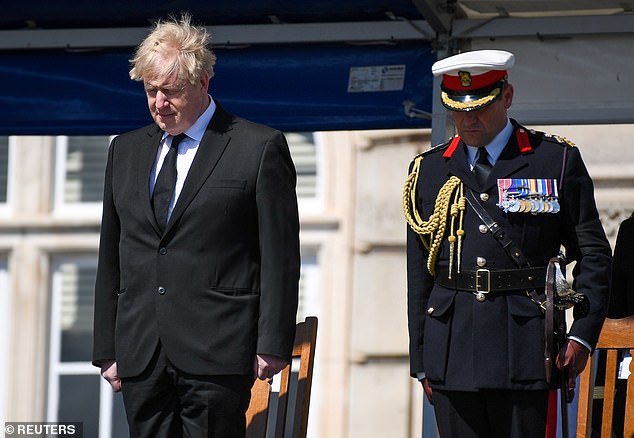 Mr Johnson (pictured on a visit to the naval college in Dartmouth yesterday) will watch Prince Philip’s funeral tomorrow from his Chequers country residence, after indicating he will not attend in person to allow more space for family