This is the shocking moment a 15-year-old boy, driving a car used in a gangland murder pulled over to allow his 19-year-old accomplice to blast a rival gang member, 19, with a pump-action shotgun.

The gunman and the driver, who cannot be named for legal reasons, were convicted of the gangland murder of Abdul Xasan in a drive-by shooting in Coventry on March 13.

Birmingham Crown Court heard the 15-year-old was driving a stolen VW Golf Type R. Both suspects were wearing court-ordered RBankle tags at the time of the murder which allowed investigating officers to link them to the crime scene. 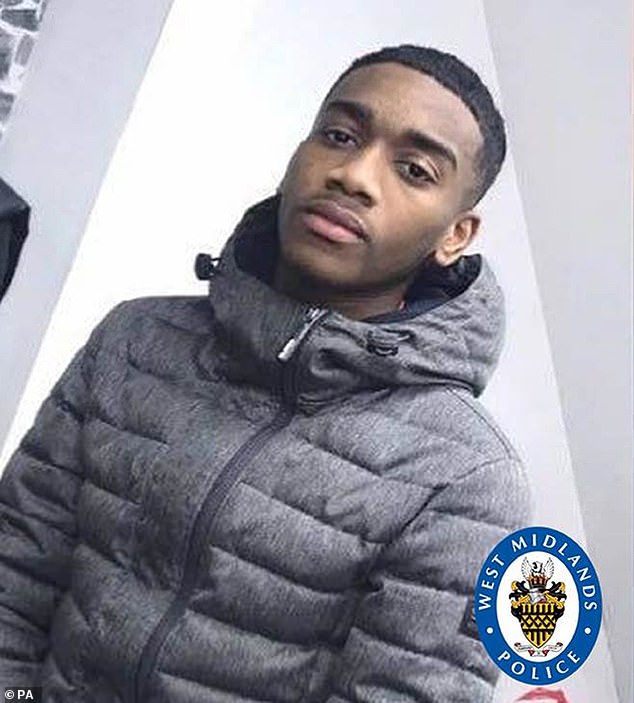 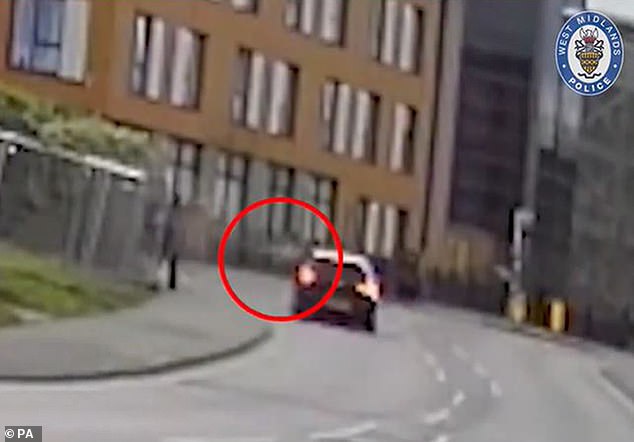 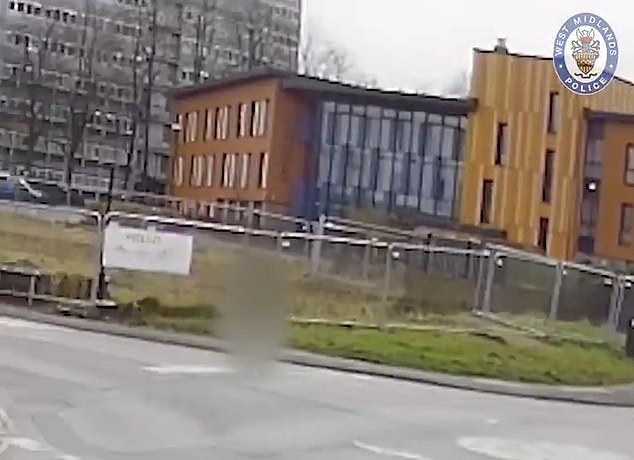 Xasan ran from his attackers, but was hit with the fourth round from the pump action shotgun 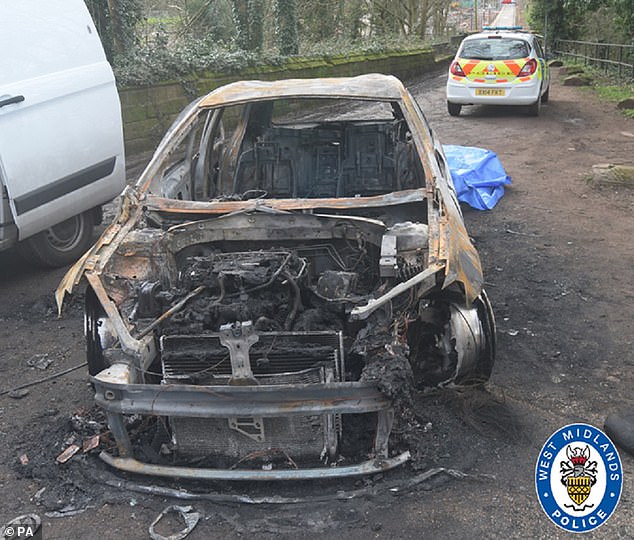 The two killers, who cannot be named for legal reasons, set fire to the stolen VW Golf Type R, pictured, were tracked down as they were both wearing electronic ankle tags, which put them in the area of the murder

The pair set fire to the stolen car after the murder in order to destroy forensic evidence linking them to the murder.

They were found guilty of the murder following a four-week trial and will be sentenced on December 22.

The court heard the two killers were members of the C2 gang in Coventry, while the victim was connected to a rival gang, RB7. The victim had been arrested a few days before his death on suspicion of possessing an imitation firearm.

He said: ‘There had been ongoing tensions between the two groups, including firearms discharges, in the lead up to the murder.

‘What happened was outrageous: a shotgun fired several times in a public street in the middle of the afternoon. It happened not far from a nursery. Other people not connected to either gang could easily have been injured.

‘It’s a really tragic case and a stark reminder of the consequences of getting drawn into gangs. One young life has been lost and the lives of two others, including a young child, have been utterly ruined.

‘We can help people who want to turn their backs on gang culture. Along with our partners including charities and support groups, we can help young people make better choices.

‘But for those who insist of affiliating themselves to violent gangs there is a very strong possibility they are going to be seriously injured, killed or spend much of their life locked up in jail.’