Boy, 17, dies hours after he was found breathing under a shroud placed by paramedics who thought he was dead from several shots to the head

A teenager has become the second victim of a Chicago shooting, dying in hospital hours after he seemingly came to life while lying on the road with a sheet covering him.

Erin Carey was hit several times in the head and paramedics who initially examined his body believed he had died at the scene only for signs of breathing as well as movement in his head and arms to be spotted.

Paramedics had placed the shroud over 17-year-old’s body as he lay on the road believing he was was dead after suffering ‘catastrophic’ head injuries. But witnesses spotted signs of life and medics began treating him once more.

A conversation recorded between the a police officer and a 911 dispatcher reveals signs of life were spotted in the man underneath the sheet.

‘The subject is a male, male black at 1304 West 13th Street. He is responsive, he just moved on the camera, moved his head from side to side and his arms, so he’s not dead,’ the officer said.

‘Okay you guys copy? Shows a male black at 1304 West 13th Street laying on the ground, he’s just moved so he’s not dead. Can we have a unit go down and check on that male.’

Carey was shot around 4.45am on Monday in the area of the 1300-block of South Loomis Street and died at 1.15am on Tuesday in Stroger Hospital. 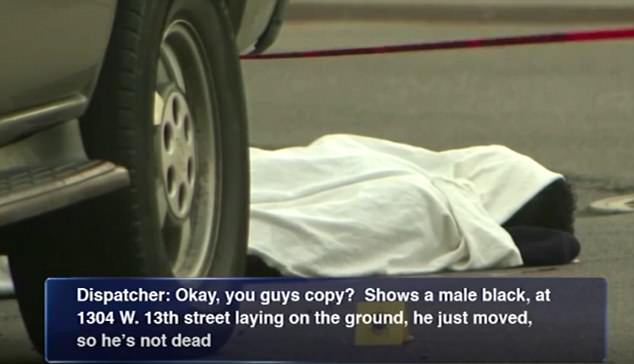 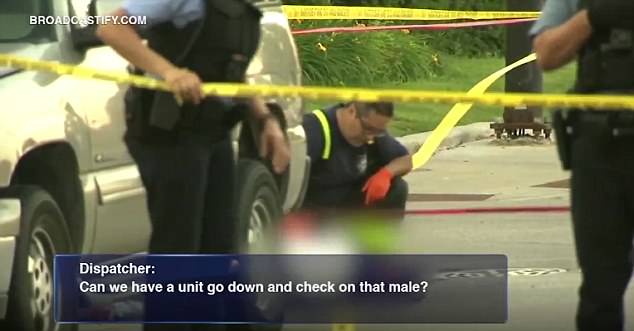 A paramedic was sent to the man’s aid. He is still alive despite being shot several times in the head

ABC Eyewitness News said its cameras were on the scene for at least 15 minutes before the sheet was removed.

‘He was shot in the head and the prognosis is not good.

‘I do understand that paramedics looked at him, believed him to be deceased, covered him with that sheet and moved on to another individual who was nearby who was also shot.

‘They saw motion, movement underneath the sheet. Officers who were present notified paramedics, this man is still alive.’ 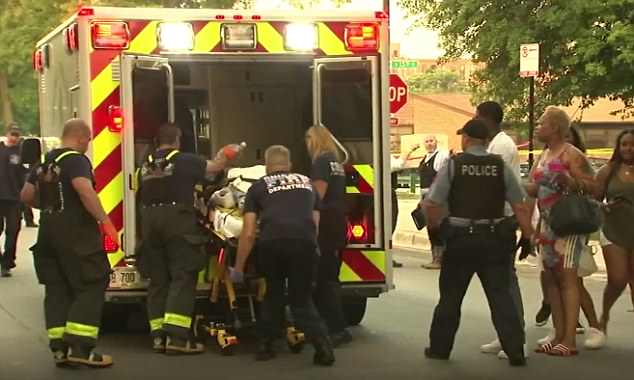 The 17-year-old was taken to the Stroger Hospital in very critical condition. According to police, his prognosis is ‘not good’ 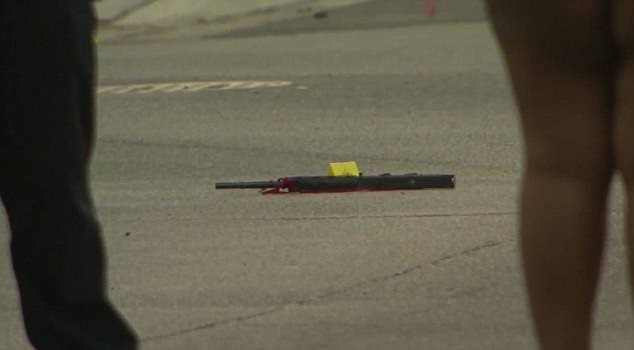 A weapon, possibly a Mac-10 pistol, was recovered from the scene of what is believed to be a gang related shooting 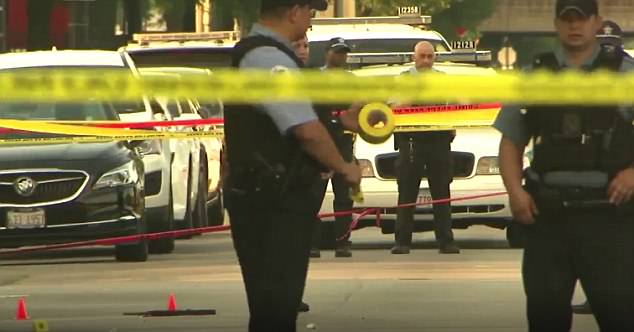 The incident happened in the University Village neighborhood of Chicago at 4.45am on Monday. None of the surviving victims are cooperating with investigators, police said

According to Chicago Emergency Medical Services protocols, paramedics triage patients when responding to a 911 call.

Carey was one of six people shot in the University Village neighborhood shooting incident that stemmed from a party.

Shots were fired from one of two vehicles which had been seen driving around the block several times.

The woman killed in the incident was identified as 22-year-old Shalonza E. McToy and she was pronounced dead at the scene with multiple gunshot wounds.

A sixth victim, a 21-year-old man, was discovered at Rush Hospital with a gunshot wound to the leg. He was treated and released. Area Central detectives are investigating and a weapon, possibly a Mac-10, was recovered from the scene.

Police said none of the surviving victims are cooperating with investigators and the shooting is believed to be related to an ongoing gang dispute in the area.