Boy, seven, who was kept awake by fears that police were ‘coming to get him’ is cured of his nightmares after officers make him a ‘certified friend of the force’

A seven-year-old boy who was so petrified of police he had nightmares has been cured of his fears after a group of officers spent time making friends with him.

For years James Glass would get anxious if he heard sirens or saw police officers nearby, fearing they were ‘coming to get him’ and his family, leading to sleepless nights.

After a recent episode his stepmother Stacie Davies decided to contact officers at Sussex Police to see if there was any way they could help. 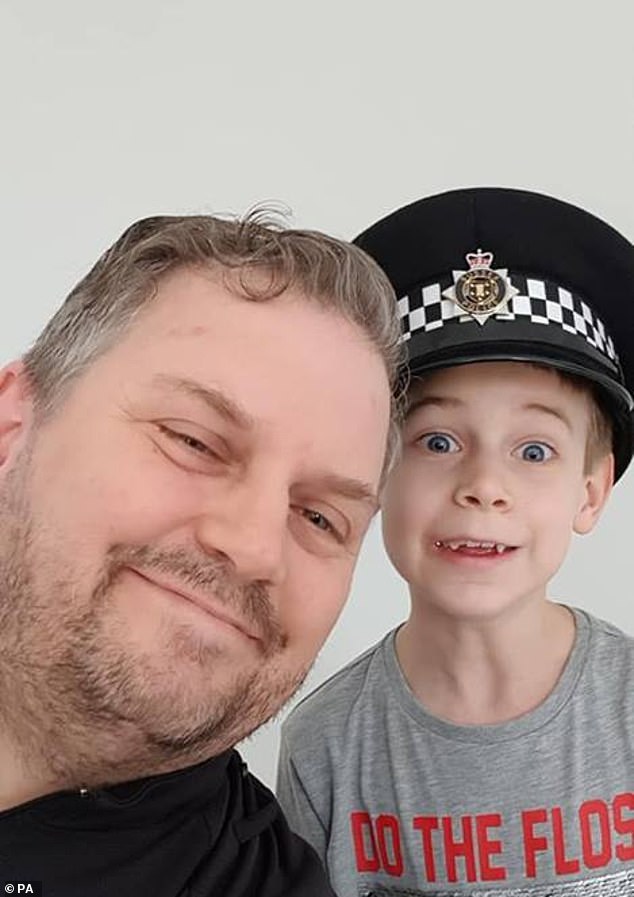 The 33-year-old said she was ‘bowled over’ by the response after being put in touch with Pc Mike Harvey at Horsham police station, in West Sussex, who invited James to spend time with him and the team.

Pc Harvey spent time talking to James about his job before arranging with colleagues to take him, his 10-year-old sister Isabella, their father Russell, and Ms Davies to the station for a tour.

They got to ride in a patrol car and a 4×4, venture into the back of a police van and Pc Harvey let James try on his hat. 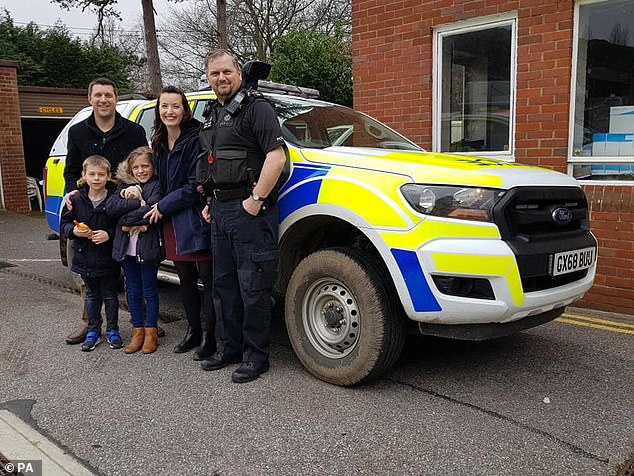 Astynomiaphobia: A fear of law enforcement

Although not a fully accepted term by psychologists, it has been used to describe an irrational fear of police and law enforcement.

Policophobia has been used more as informal term.

One of the possible reasons that the Greek term has not entered common use is the fact that it could be used as defence in prosecutions.

One researcher on the subject said: ‘Of course if such a specific phobia actually exists in its own right, then it would probably add to the burden of the government’s prosecutors, because defendants would be able to use (fear of police) as a defense in court under certain circumstances.’

Officers even presented James with a certificate to confirm he was a ‘friend’ of Horsham Police and does not need to be scared of them.

Ms Davies said: ‘James has been affected by these worries for years.

‘We don’t really know where it came from. It could have been TV.

‘I think he had a perception police were violent towards people.

‘Whatever it was it definitely put a fear into him.

‘If he heard sirens or saw officers in the street he became anxious.’

When Ms Davies decided to contact police to see if they could help, she said: ‘I wasn’t sure if it was the sort of thing they did or if they might be too busy.

‘But I really couldn’t believe the response. I was really bowled over.

‘They spent so much time with us. Everyone was so nice and friendly, and very sensitive to James and his worries.’ 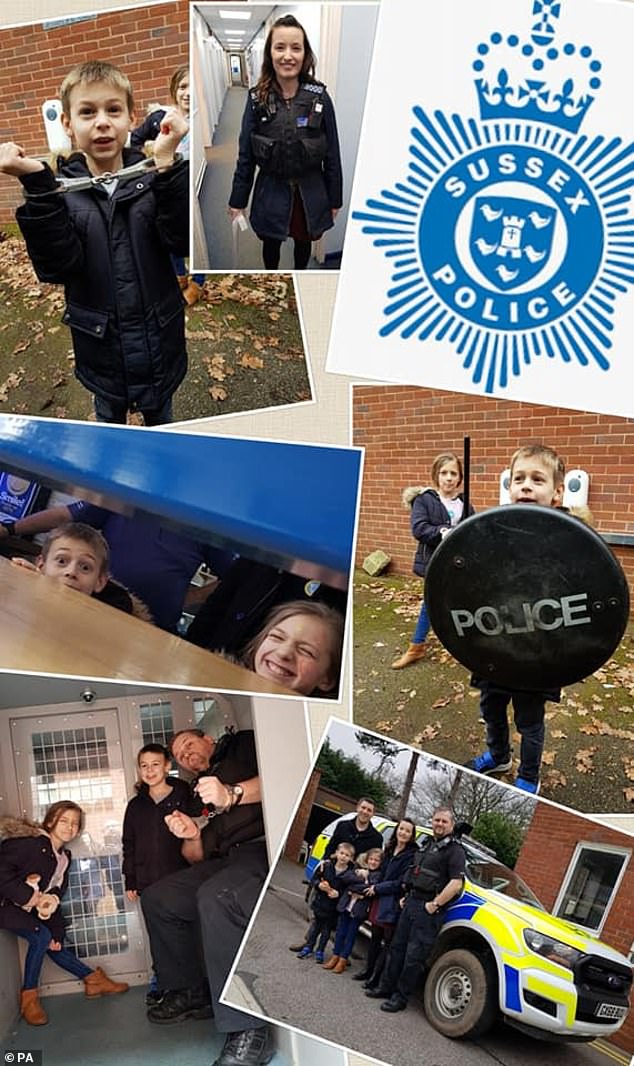 The certificate presented to James said: ‘This is to certify James Glass is a friend of Horsham Police and that he has been visited to make sure he is a brave boy.

‘He has been shown around a police car and now knows that he can say hello to the police with no need to be scared.

‘He knows that he can say hello to police should he get lost. 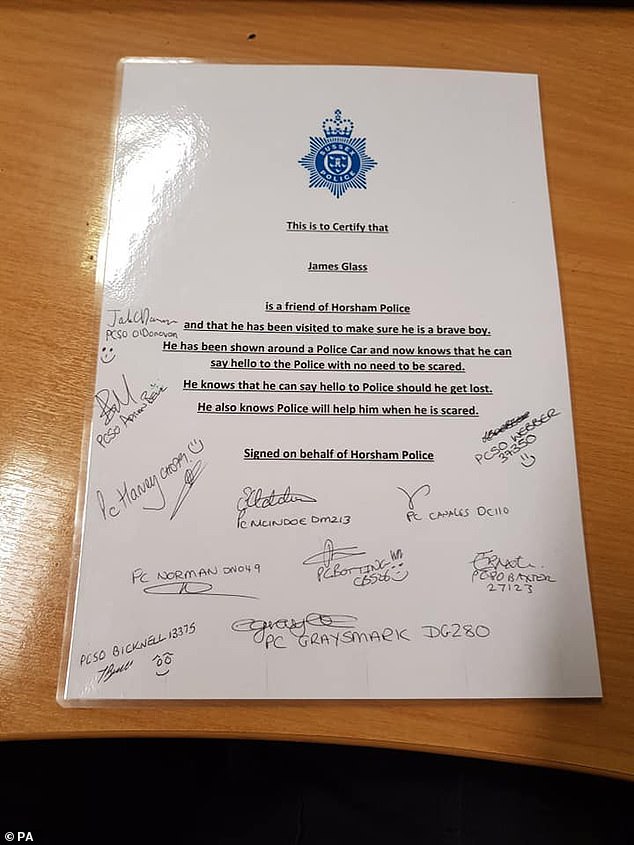 ‘He also knows police will help him when he is scared.’

This was signed by all the officers, many of which decorated their signatures with smiley faces.

Ms Davies said: ‘We are particularly grateful to Pc Mike – I think he set it all up and he spent a lot of time explaining what their role is and they are there to protect the public.

‘Now James is so excited when he talks about the police. He enjoyed the visit so much.

‘He was very pleased with the certificate and took it into school to show during assembly.’