Police are investigating after a brawl broke out just as the new James Bond movie was about to start, leaving a man with head injuries after an apparent mix up over cinema seats in Manchester.

The man had booked to be one of the very first to watch the new Bond movie No Time to Die at the 00.01 screening at the Odeon Cinema in the Trafford Centre on Thursday.

He had settled into his seats with three friends to watch the eagerly anticipated 007 thriller starring Daniel Craig, when he says Odeon cinema staff asked that the group moved seats over an apparent booking mix-up with the seat rows and numbers.

When he refused to move, showing a screengrab to prove that he booked the £13 seats he was in online, he claims a man started punching his head to his shock in the packed cinema.

The victim, who the Manchester Evening News did not name in its report, said: ‘It appeared to be that the cinema system had done something wrong with the bookings.

‘They were trying to move people and said my seats were the ones in front, but I took a screenshot of the seat numbers I’d booked so I knew I was in the right ones. 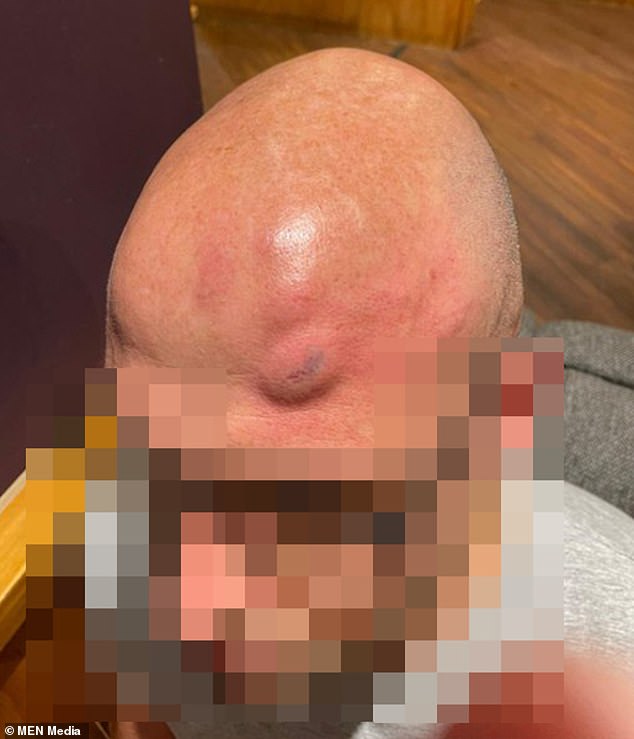 Police are investigating after a man (pictured) who has not been named, was assaulted just as the new James Bond movie was about to start after an apparent mix up over cinema seats

‘While the Odeon staff member started talking to me, this guy said that I needed to move, I was like: “I’ve waited two years to see this film, I bought those tickets as soon as they went on sale at 3am in the morning and I was very happy about that” but they were trying to tell me to move.

‘This guy popped round from the side of me and told me to move but I said: “excuse me I’m speaking to the staff member” and he was shouting “just get out of my seats”.

‘I told him to shut up and he went in and punched me, I was sat down, he was above me, I was looking at the staff from the Odeon, it was a shock.

‘I got hit a few times on the head and my hand as I put it up to protect myself before he got pushed away or pulled away.

‘Then they started to leave the cinema – we were all in shock and my friend asked the staff member “aren’t you going to stop them?” She then got on to radio to security, and they stopped them outside of the cinema.

‘In my head I was thinking I was ready to watch James Bond – but I then got told my head was hurt and basically I that I needed to get First Aid.

‘They took me to the Costa in the cinema who gave me some ice for the injuries on my head, but we were told there was no one on site to deal with it as they could only deal with cuts, bruises and burns.

‘My details were taken and I was told to go to hospital.’ 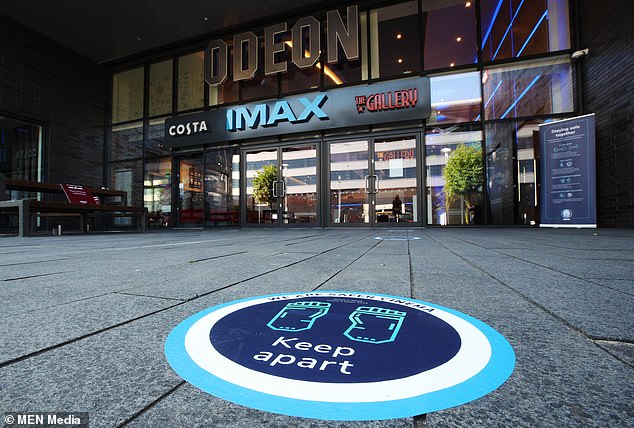 The unidentified man was assaulted at the Odeon cinema in the Trafford Centre in Manchester (pictured) at the 00.01 screening of the new James Bond movie, ‘No Times to Die’

The 41-year-old man spent the rest of the early hours waiting nine hours at A&E for an X-ray and to be examined before being able to leave at 10am on Thursday – but has still not been able to see the James Bond movie.

He says cinema staff at the time refunded the group’s tickets and food purchases, and gave them tickets to return to a showing at another time.

But the James Bond superfan says he remains upset over how he says the situation was handled by the Odeon.

He said: ‘We entered the cinema with our QR codes which were checked with our seat number and rows at the time and at no point did they say we needed to move until the lights went down in the cinema.

‘Film is a massive interest of mine, it’s massive escapism, but they’ve basically now ruined that for me because of their bad system and mismanagement.

‘Nobody should be assaulted full stop but one of the last places you expect it to happen is in a cinema.

‘We’d gone out of our way to see that showing, the 00.01 showing was the very first one after its release. 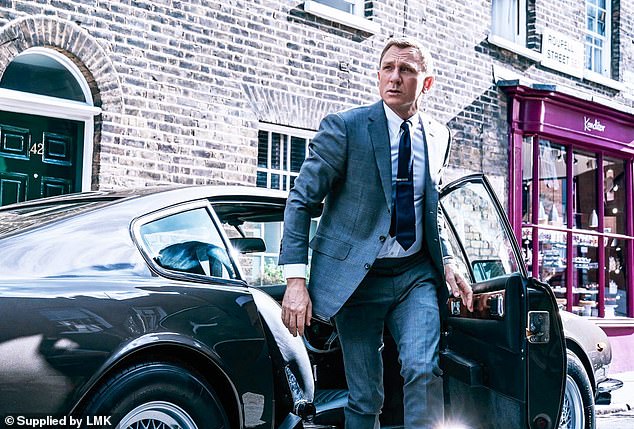 The man had settled into his seats with three friends to watch the eagerly anticipated 007 thriller starring Daniel Craig (pictured), when he says Odeon cinema staff asked that the group moved seats over a booking mix up, before being assaulted by another man

‘I’m a massive Bond fan and I also didn’t want any spoilers, you wait two years to see a film because of a pandemic, it was the most highly anticipated film of the last few years. I didn’t want anyone to ruin it, I wanted a nice experience, which is why we booked the recliner chairs especially.’

The man says the police have still not been back in touch with him about the incident, as they attended the cinema after he’d already been taken to hospital.

The Greater Manchester Police said: ‘We were called at around 12.15am on Thursday 30 September to a report of an assault in a cinema room at the Trafford Centre.