Brazil: 2017 one of 'bloodiest years' for land conflicts 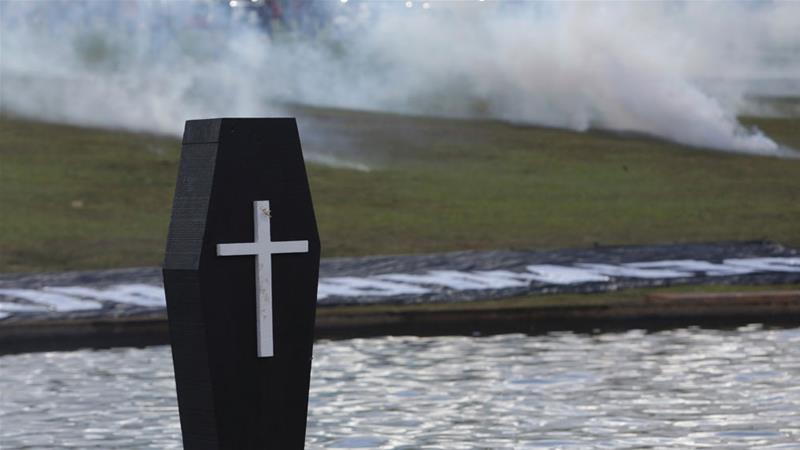 Sao Paulo – Data released this week by Brazil rural violence watchdog Comissao Pastoral da Terra (CPT) showed there had been at least 70 killings related to land and resource conflicts in 2017, the bloodiest year on record since 2003.

During April and May 2017, nine small farmers were killed by hooded gunmen, an indigenous tribe was attacked with guns and knives, and 10 agricultural workers were shot dead by police during clashes on a squatted farm.

The data comes nearly 22 years after the Eldorado dos Carajas massacre in the Amazon state of Para when 19 landless farmers were shot and killed by military police.

Land conflict killings spiked suddenly in 2015 when Brazil plunged into political and economic crisis, and the violence has grown steadily since, with most of the killings taking place in the Amazon states.

In their 2016 Defenders of the Earth report, NGO Global Witness noted: “the ruthless scramble for the Amazon’s natural wealth makes Brazil, once again, the world’s deadliest country in terms of sheer numbers killed”.

Brazil’s President Michel Temer, who took power in 2016 in a controversial impeachment process, is allied to a powerful conservative agricultural caucus that holds around two-fifths of seats in the lower house.

The block has pressured to give amnesty to land grabbers, roll back indigenous and forest protections and loosen the definition of slave labour.

Temer has not spoken out on the spike in rural killings.

“What we are seeing now is the direct result of policies that incentivise violence in the countryside,” he said.

Astrini said that for the past four decades, organised crime groups have operated in Brazil’s Amazon, plundering natural resources like precious timber and have grown so powerful they elect their own candidates. 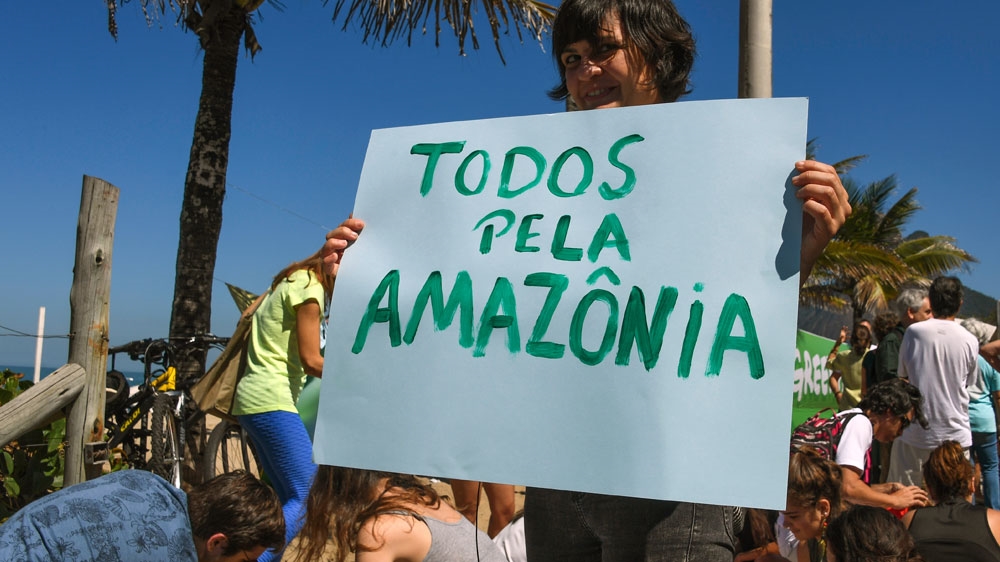 According to CPT, the number of killings is likely even higher, given that an investigation into a reported massacre of “uncontacted” Indigenous tribesmen in a remote part of the Amazon last year has not been concluded by authorities and that many other killings go unregistered or unreported.

Land ownership in Brazil is among the world’s most concentrated, which experts say is a main driver of conflicts as powerful groups look to expand, and traditional communities are left to resist.

Impunity is also a major factor, according to analysts and watchdog groups.

‘We will continue to fight for our communities’

There are few signs of any respite in the violence.

Last weekend, it was reported that Nazildo dos Santos Brito, leader of a Quilombo community formed by descendants of runaway slaves, had been killed in Para state. His body was found on Sunday.

Nazildo, 33, was involved in a long-running dispute with a local palm oil company that he had denounced for local environmental damage, after which had received death threats, Amazonia Real news agency reported. Police have launched an investigation, but no one has been charged.

“He was on the list of prized people to kill,” Parate Tembe, a local Indigenous leader and friend who campaigned with Nazildo told Al Jazeera.

“But the fight continues, we will continue denouncing, fighting for our communities.”

In March, community leader of the group Association of Caboclos, Indigenas and Quilombolas of Amazonia, Paulo Sergio Almeida Nascimento, 47, was killed in Para state. He was a very visible figure in a campaign denouncing a Norwegian-owned alumina refinery that was found to have leaked residue, polluting local rivers.

“We have total conviction that he was killed over his work,” said Ismael Moraes, a lawyer working on behalf of Nascimento’s group.