BRASILIA (Reuters) – Brazil’s Economy Minister Paulo Guedes threatened to step down in an interview published on Friday if his ambitious plans to overhaul the country’s social security system are watered down and diluted into what he called a “little reform.” 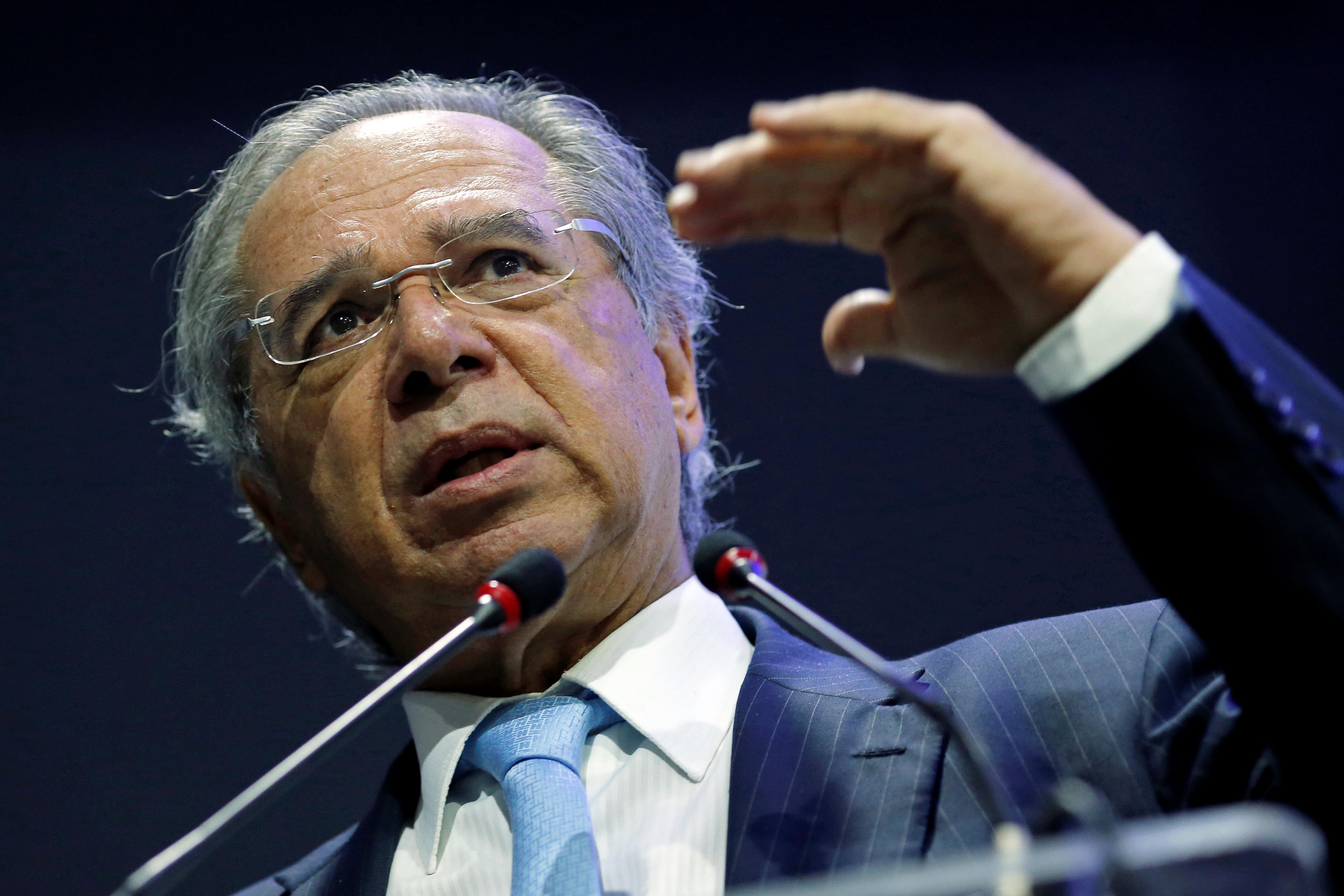 “I’ll get on a plane and I’ll live abroad. I’m old enough to retire,” Guedes said, in the interview published on magazine Veja’s website.

“If we do not reform, Brazil will catch fire. It will be chaos in the public sector,” he added, predicting that Brazil could go broke in 2020.

Guedes, who is seen as the economic heavyweight in President Jair Bolsonaro’s administration, has taken the lead on selling pension reform to the country, although with mixed results. The proposal is still unpopular with ordinary Brazilians and has yet to win the necessary support of politicians in Brasilia.

Bolsonaro, commenting on Guedes’ reported remarks, said, “Nobody is obliged to stay as cabinet minister.”

“Logically, he (Guedes) is seeing this as a catastrophe, and I agree with him, if we do not approve a reform that is similar to the bill we sent to Congress,” the president told reporters during a public event in the northern city of Recife.

The bill wending its way through Congress aims to save 1.237 trillion reais ($307 billion) over a decade by raising the retirement age and increasing workers’ contributions. The government says it is vital to reviving the lackluster economy.

Guedes said on Thursday he was confident the bill could be approved in 60 days, and that it would pack a heavy fiscal punch.

In his interview with Veja, Guedes acknowledged there will be room for negotiation, which could reduce eventual savings to 800 billion reais. But he warned that anything below that could send him to the exits.

The Economy Ministry did not immediately respond to a request for comment.

Link to interview in Portuguese: here