Brazilian man transforms himself into a ‘sinister human satan’ creature with tattoos, piercings and canine teeth – The Sun

A BRAZILLIAN man has taken self-expression to ink-redible new lengths, using tattoos and piercings to transform himself into a ‘human Satan’.

Michel Faro do Prado, 44, from São Paulo, in Brazil has undergone numerous body modifications, dozens of tattoos and piercings, and even customised his teeth to complete his devil-like image. 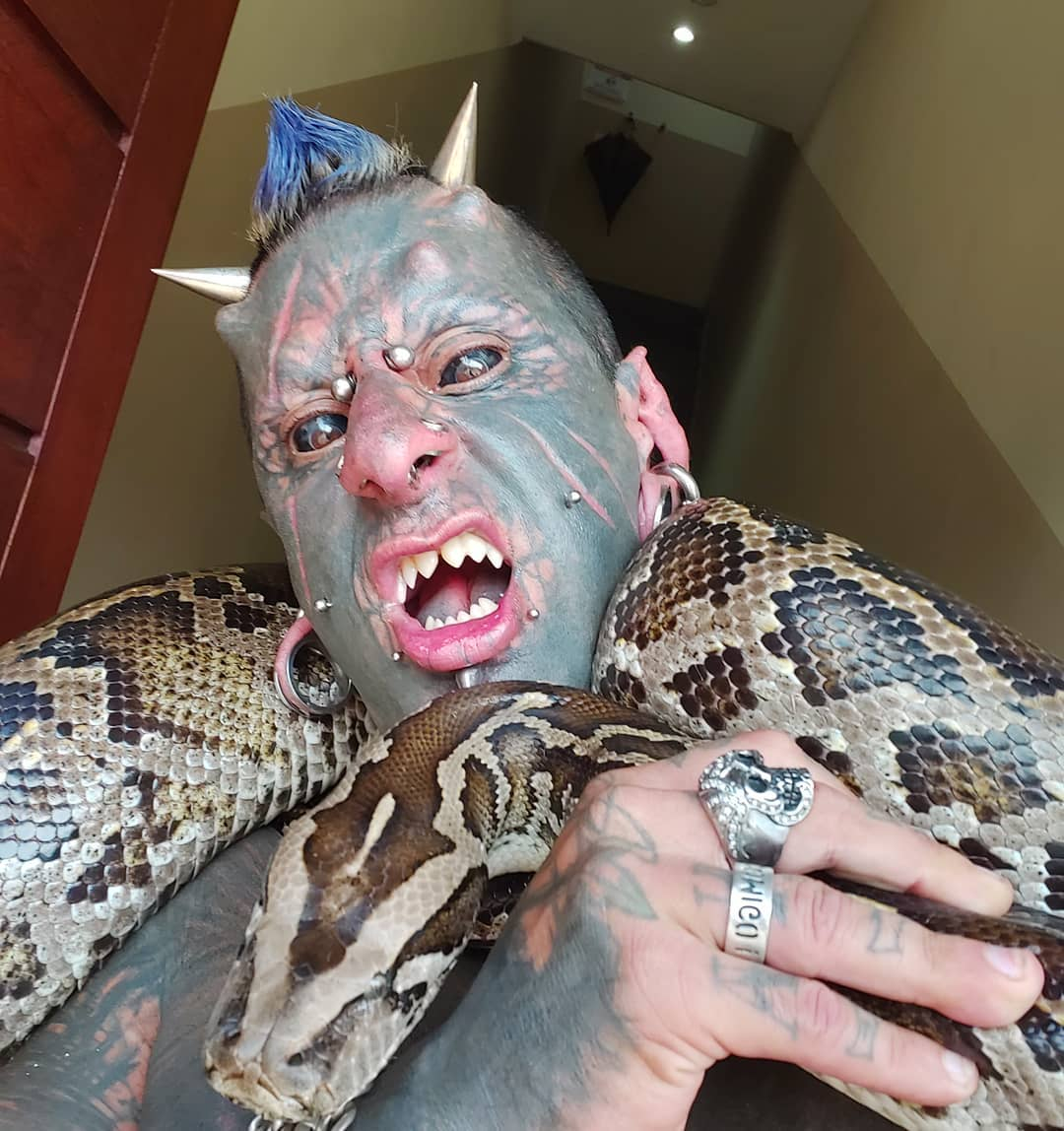 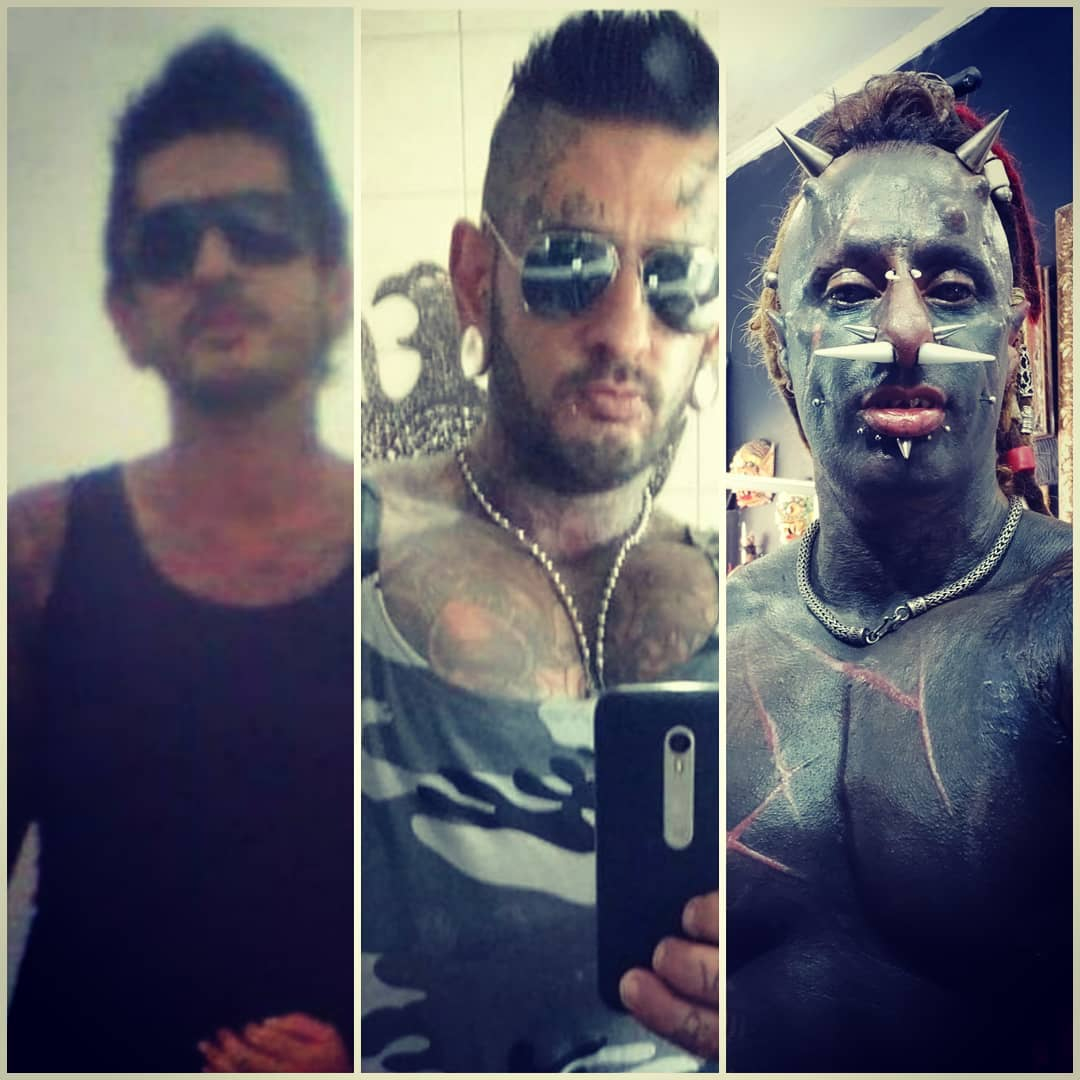 The tattoo artist of 25-years focuses on blackwork and brutal tattoos – where you ink a large part of your body.

He also enlisted a dentist to shape his teeth into canine-inspired arches, which he now plans to coat entirely in metal.

Michel claims to have a high pain tolerance and isn’t put-off by the thought of enduring even more pain to achieve his dream devil body.

In fact, he said he “suffers a lot more” in the post-procedures than during them, adding: “The truth is that there are changes that without anaesthesia would be almost impossible to be done.”

“If I have to feel pain, to achieve what I want, for sure I will face it!”

Michel often receives stares from people in public and is well-known in his town, taking pride in his nickname of “the human Satan.” 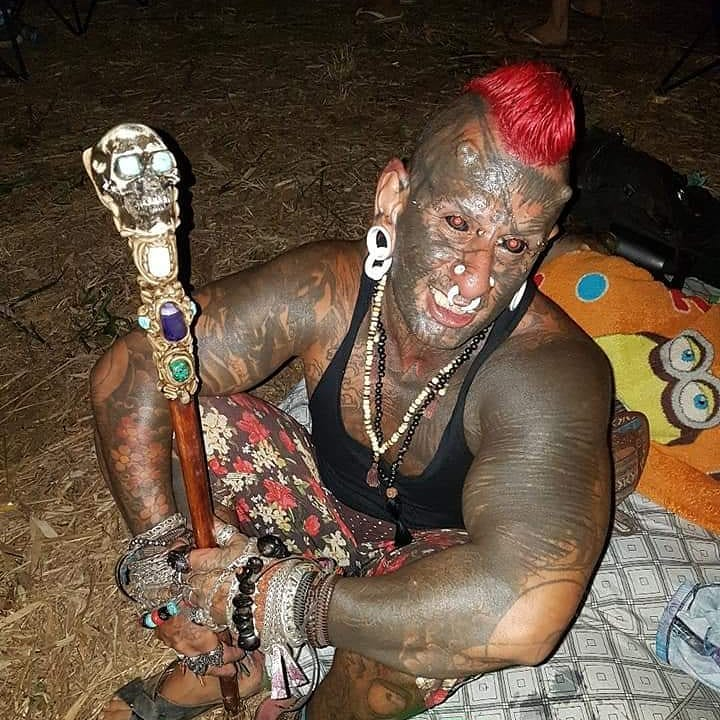 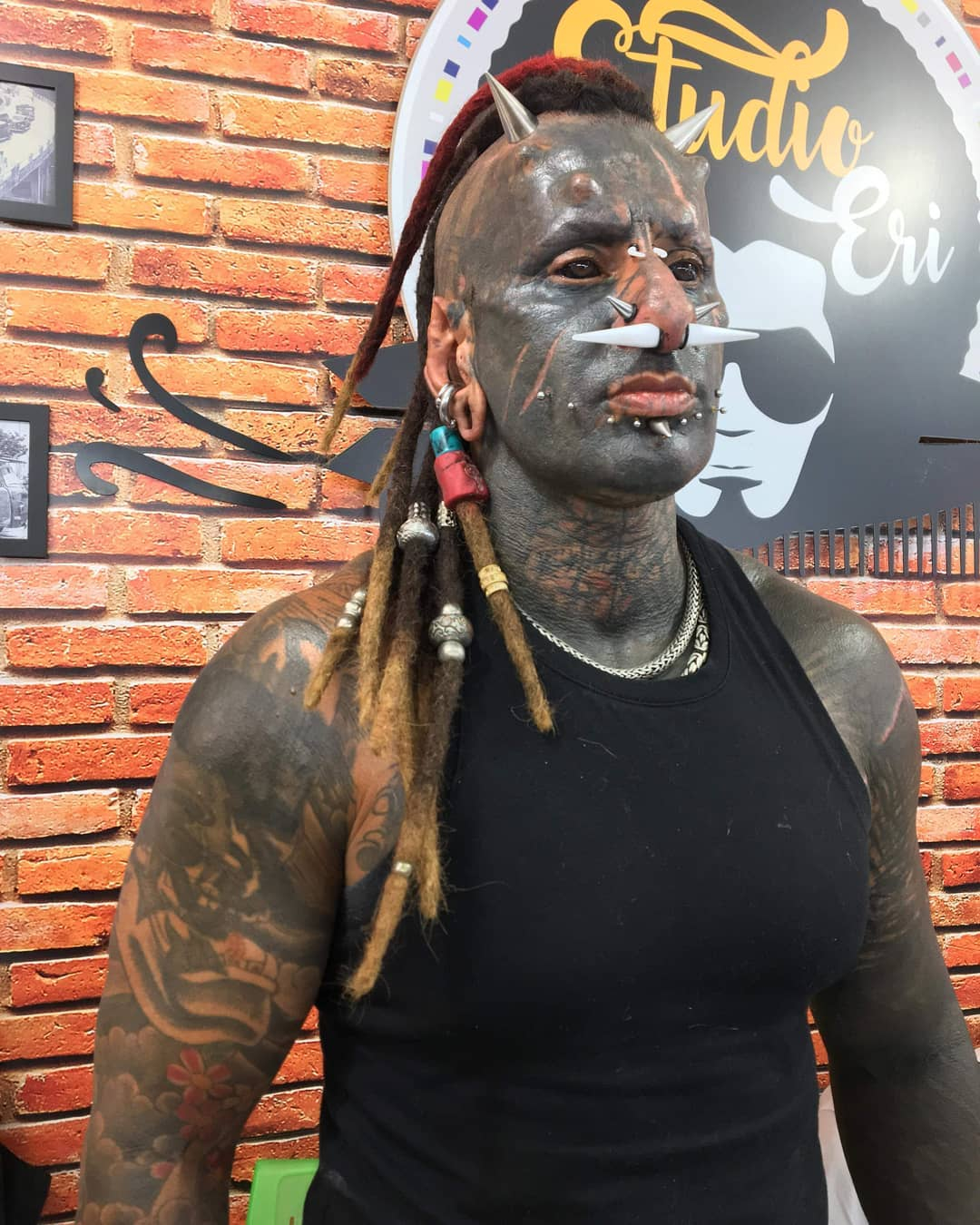 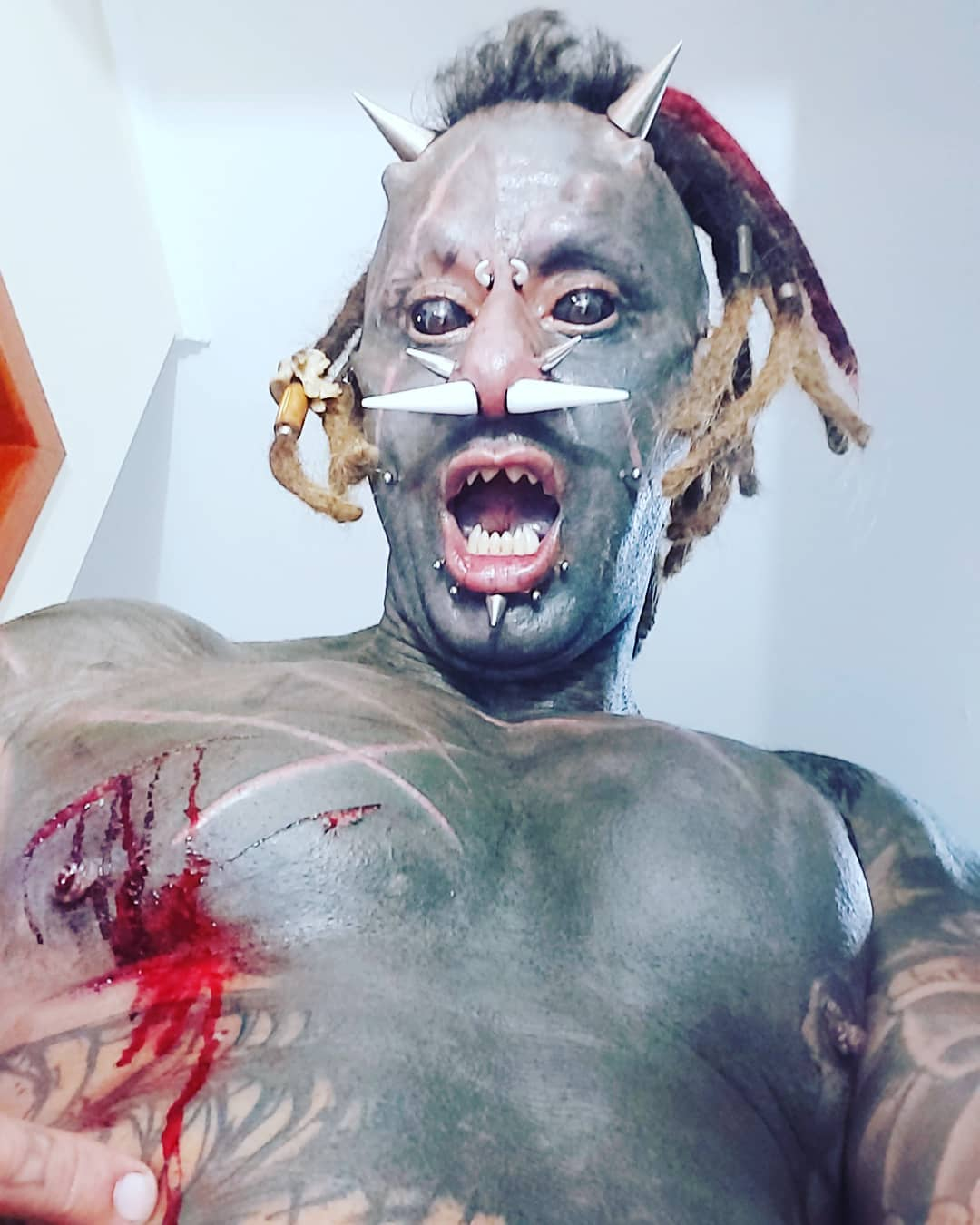 But while Michel claims he wants to look as “sinister” as possible, he actually worships God and is an active member of his church community – explaining that his image doesn’t necessarily match his character.

Michel said: “I believe that the true image of the ‘devil’ is beautiful, the Bible says this in Genesis and also the same way in the book of Isaiah, which says that says that Jesus was ugly that he looked like a dry root in the desert. “

“He did not inhabit any beauty, so if it is a matter of fiction that the Devil looks likes me more, in my heart I prefer God and doing good!”

He added that people who hear him speak of his love for God are often shocked and confronted by how he looks, however: “I believe in who I am – my family and I are loved by the majority.”

Despite his unconventional appearance, Michel said his family and friends have always supported him.

He said: “My family love it, which consists of my wife and my son and some people in my life have also become my family.

However, it doesn’t really matter to me what people say, I only demand respect.”

The idea is for Michel to become his wife’s masterpiece, as she specialises in body modifications and has helped him achieve his look.

Explaining how his appearance allows him to continuously break the mould and gives him the opportunity to express his true self, he said his exterior “has changed because of what I am and I am becoming.”

He continued to say his appearance represents the “internal freedom” he has to break the “paradigms and concepts” that are imposed upon us as a society. 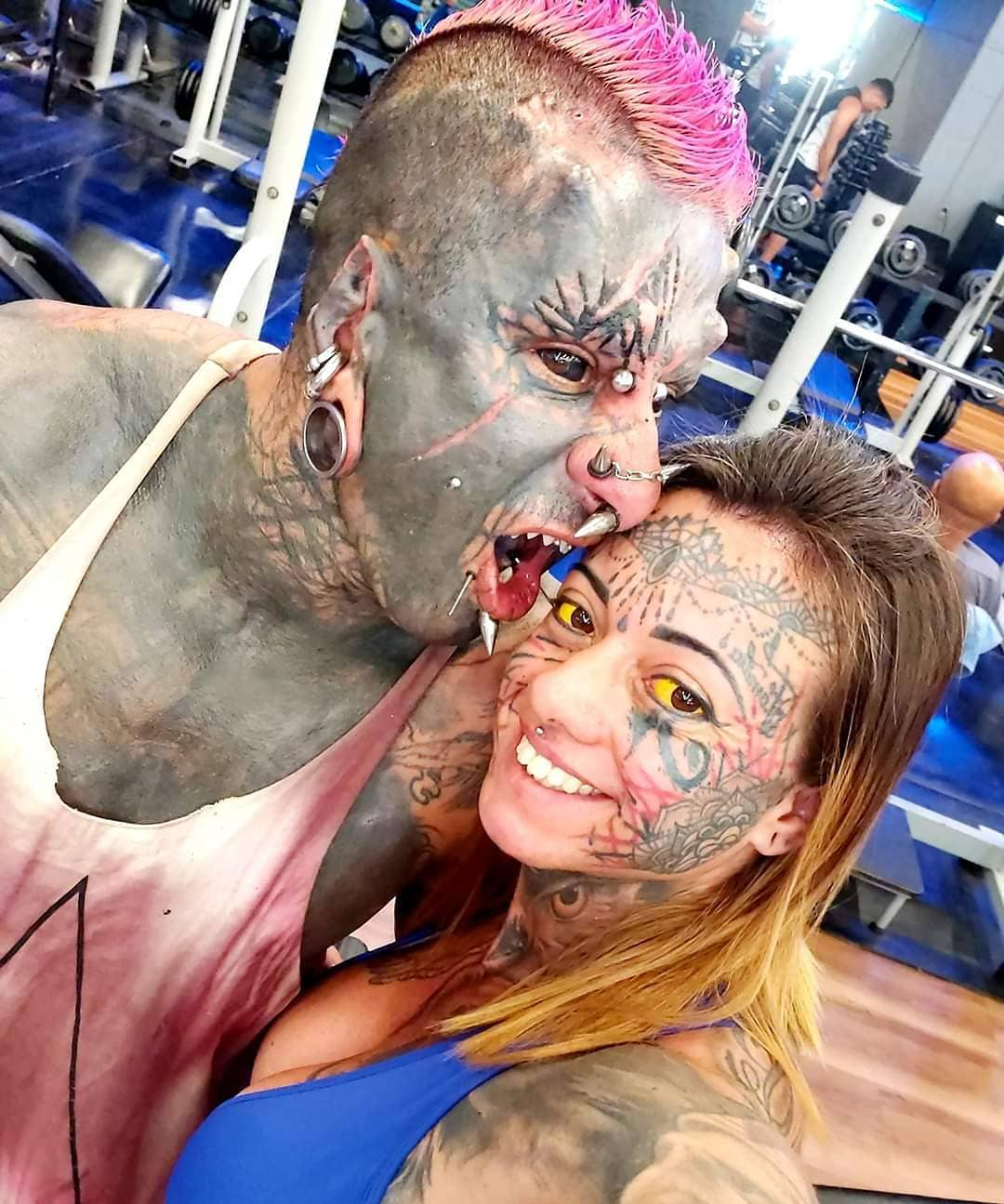 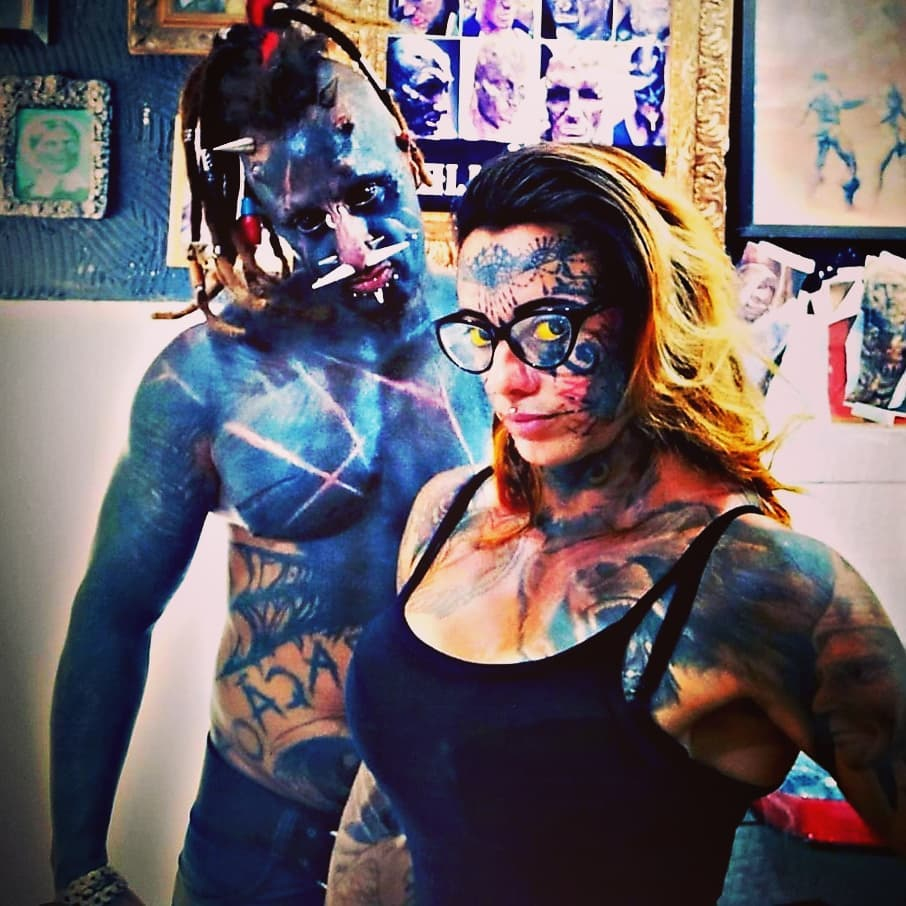