BREAKING: Girl, 15, mowed down in hit-and-run by driver ‘racing on wrong side of the road’

The teenager was crossing a road in Paisley, near Glasgow, when a speeding VW Golf smashed into her.

Greater Glasgow Police said they believe the car was on the opposite side of the road when it hit the girl and did not stop at the scene.

Det Insp Allan Kelly, from Greater Glasgow Police, said: “The young girl was with four friends when she stepped on to the road and was hit by the car which was driving at speed on the wrong side of the road in tandem with another car. 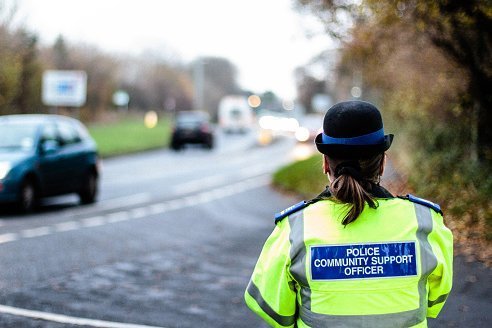 “The driver initially got out of the car but then went back in and drove off towards Gleniffer Rd, Paisley.

“We know that the car, a small hatchback, possibly a VW Polo, was damaged as a result of the collision. It had a cracked windscreen and bumper.

“I would appeal to the driver of the vehicle to come forward to police and to the occupants or the driver of either vehicle involved.”