Brit, 28, stuck in a well with broken leg for 6 days as locals thought his cries for help were a GHOST and ignored them – The Sun

LOCALS thought the shouts of a Brit stuck in a well was a ghost – and ignored them for FOUR days.

Guests heard the wails of stricken Jacob Roberts, 28, in the pit just 600yards from the house where they were staying and worried it was a spirit. 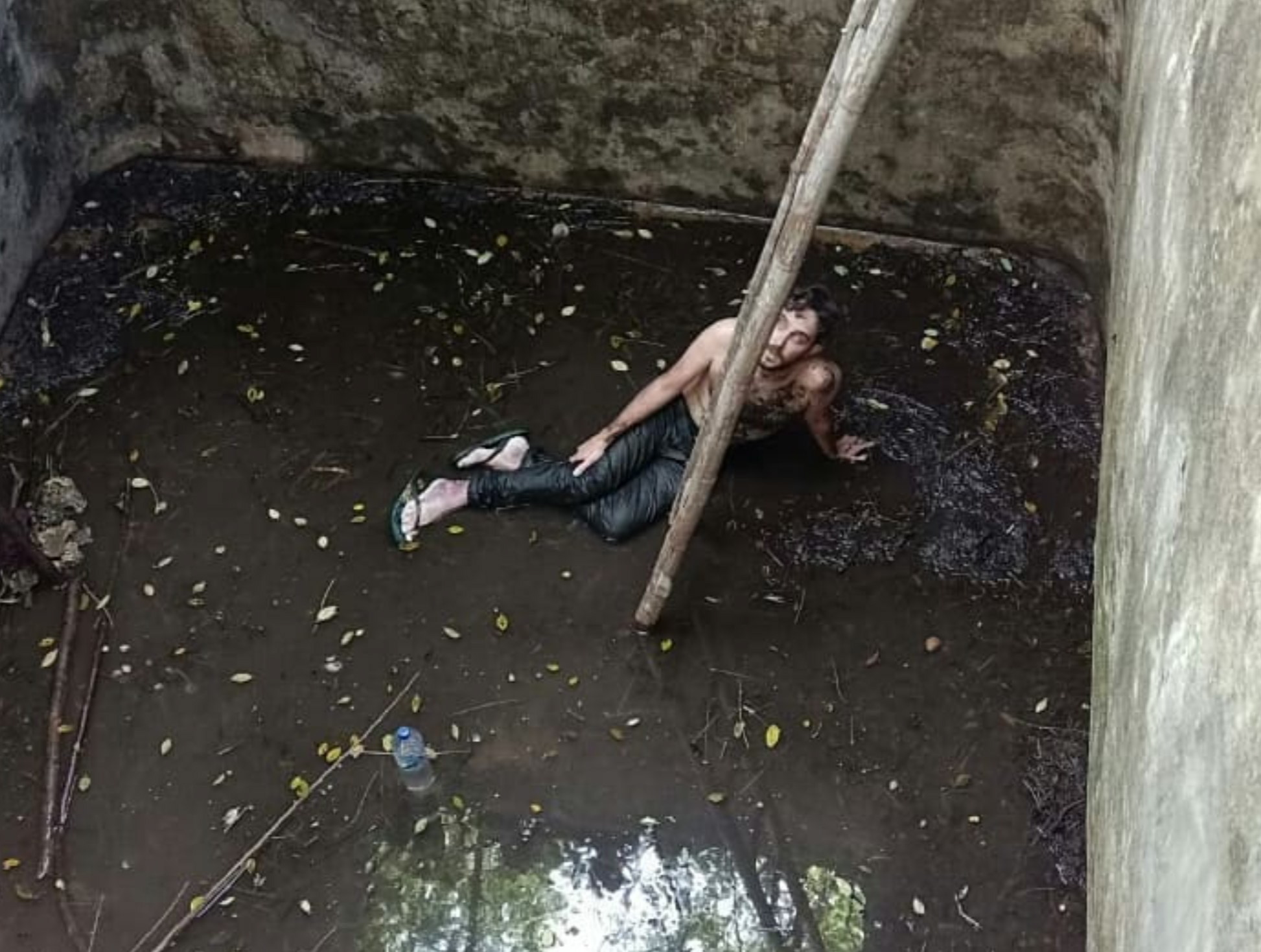 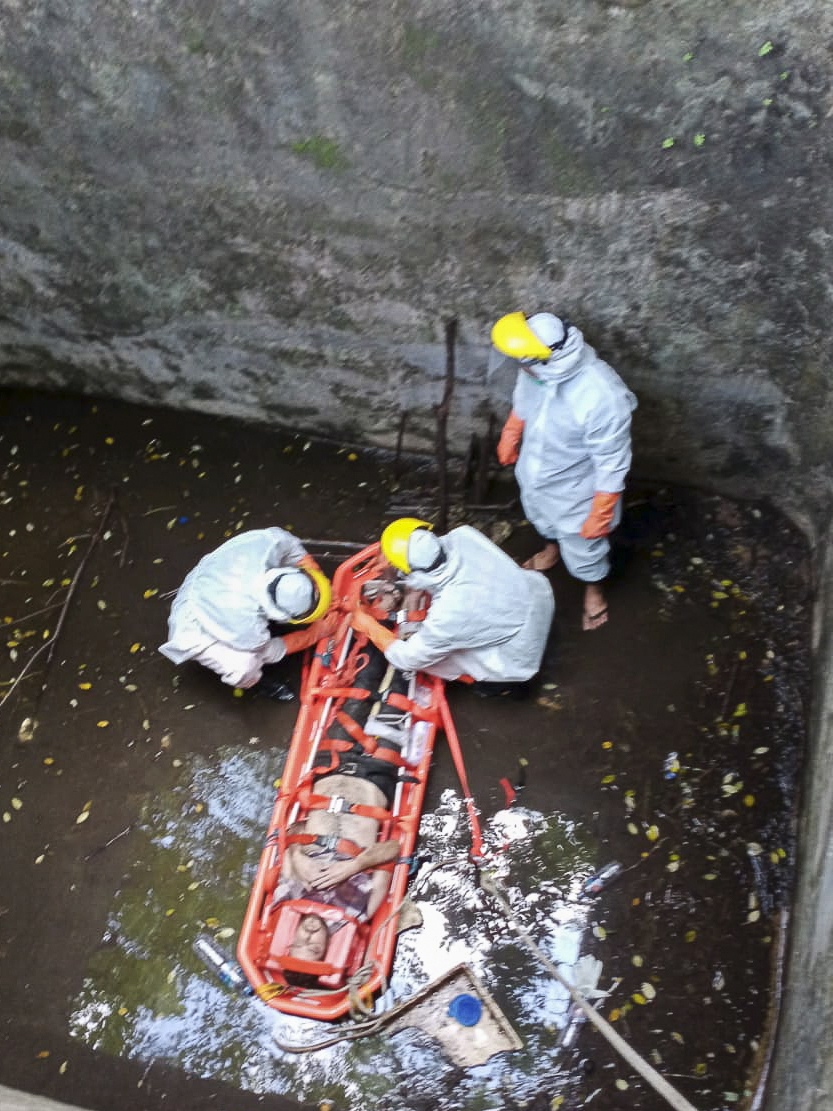 It was only when the farmer Wayan Suwiji, 57, forced her nephew to investigate with his cow days later they found a backpack, then the stuck Brit in the 14ft pit.

The family told yesterday how they threw biscuits and water and raced to get ladders but the casualty was too weak to climb out himself.

Kind villagers rushed to the spot with cakes and water to keep him alive until rescuers arrived.

It is understood the IT worker had been fleeing a Corgi-sized, fierce 'Bali dog', a breed which roams the island and can carry rabies.

Mrs Suwiji said: "I heard the sound ooh, ooh. I shuddered and trembled.

"I didn’t know whether it was the voice of a human, animal or ghost. I was very scared and ran home to tell people." 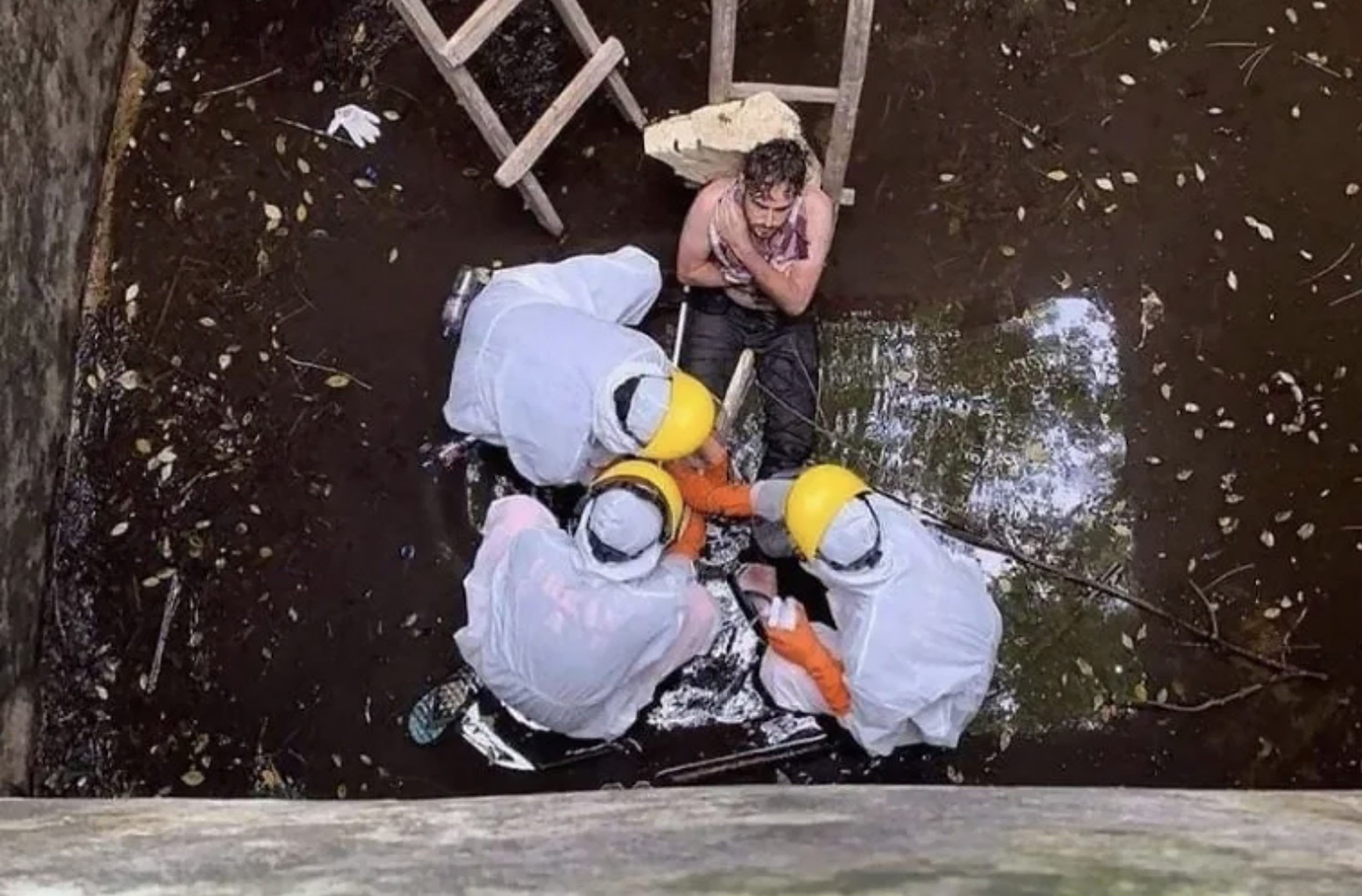 Nephew Mr Ketut Manik Astawa, who alerted Search and Rescue, said a guest at his homestay had heard Mr Roberts’ cries for help on Tuesday at 1am then 3am.

He said: "After a few days the sound was gone. On Saturday at about 11am, my auntie came and said that she had heard the sound of people screaming.

"We searched the location and it was true. I found a foreigner man at the bottom pool. 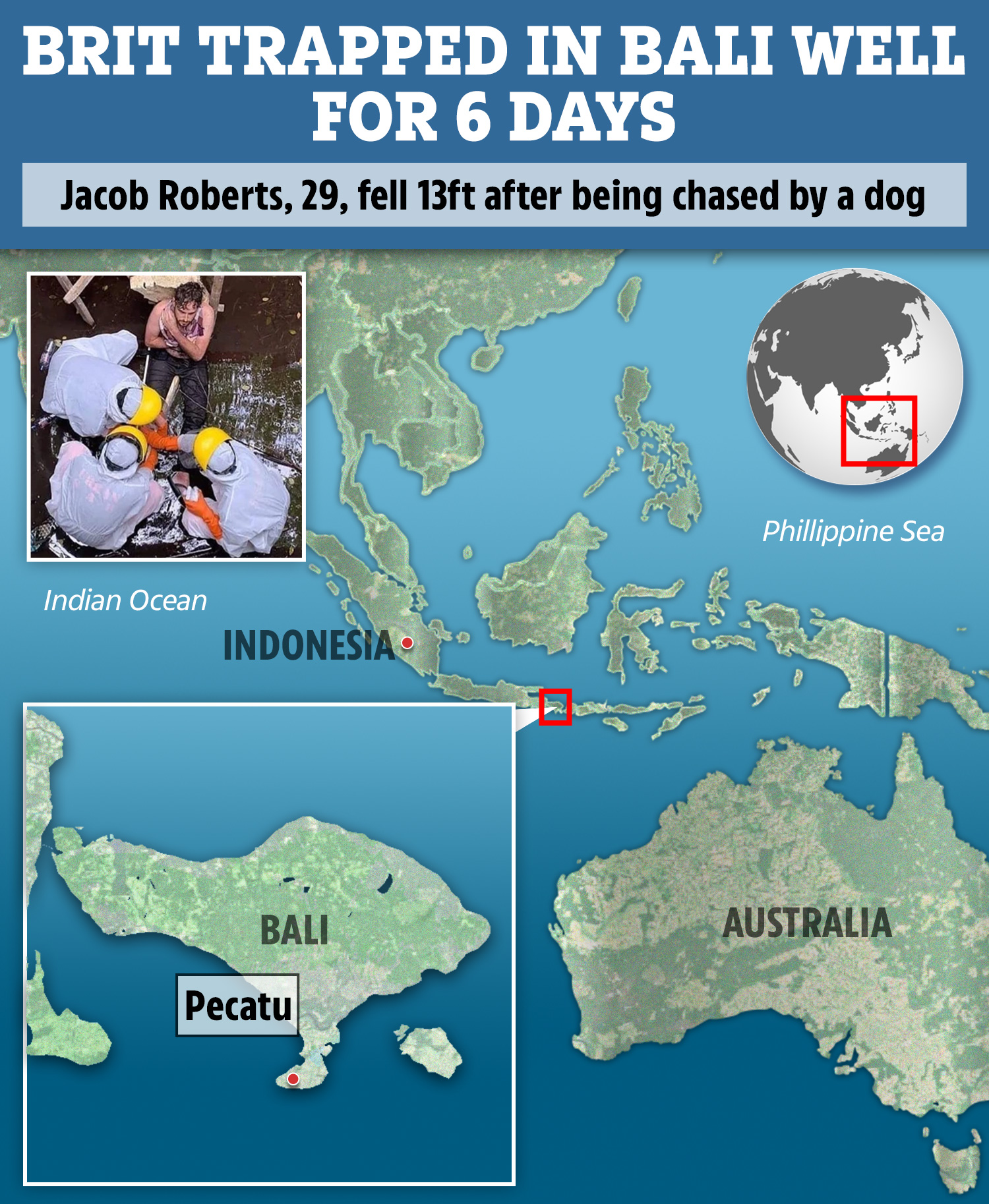 "He waved and unzipped his trousers and showed the wound on his leg. There was blood that had dried on his feet.

"From the top of the pool, I asked why he fell ad I only heard his answer, 'dog and chase'."

Mr Roberts, previously from Aylesbury, Bucks, had moved to Bali before lockdown and was working remotely from the paradise islands.

He had been walking near Jalan Belimbing Sari, Banjar Tampias, when he tumbled into the pit — a disused community source of water.

He was last night still in hospital with a broken leg but was expected to make a full recovery.

An FCO spokeswoman said: "We are supporting a British man in Bali and are in contact with the local hospital." 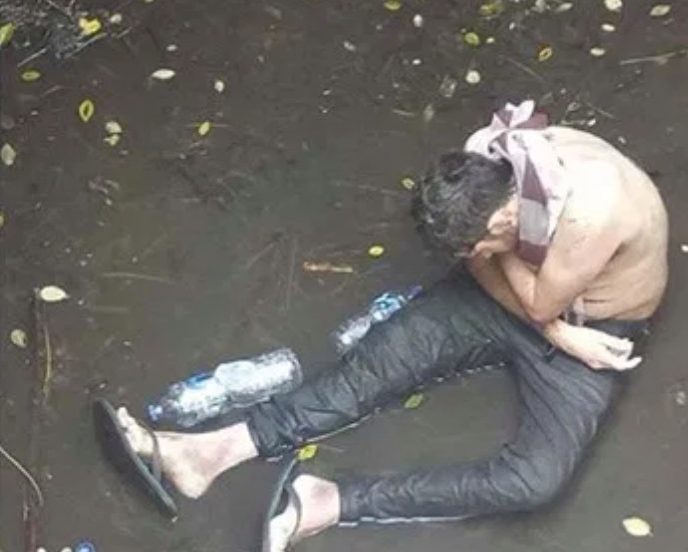 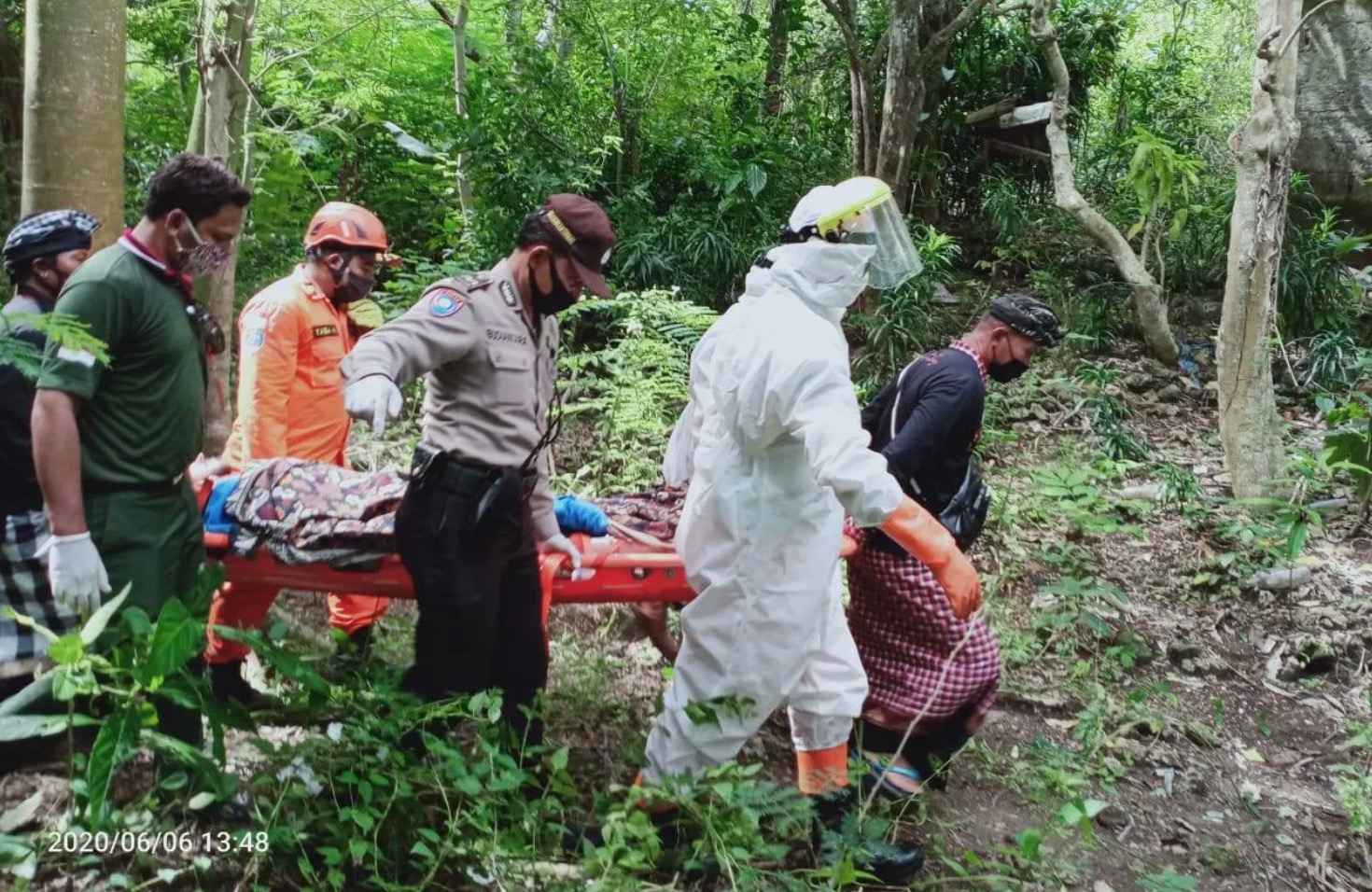 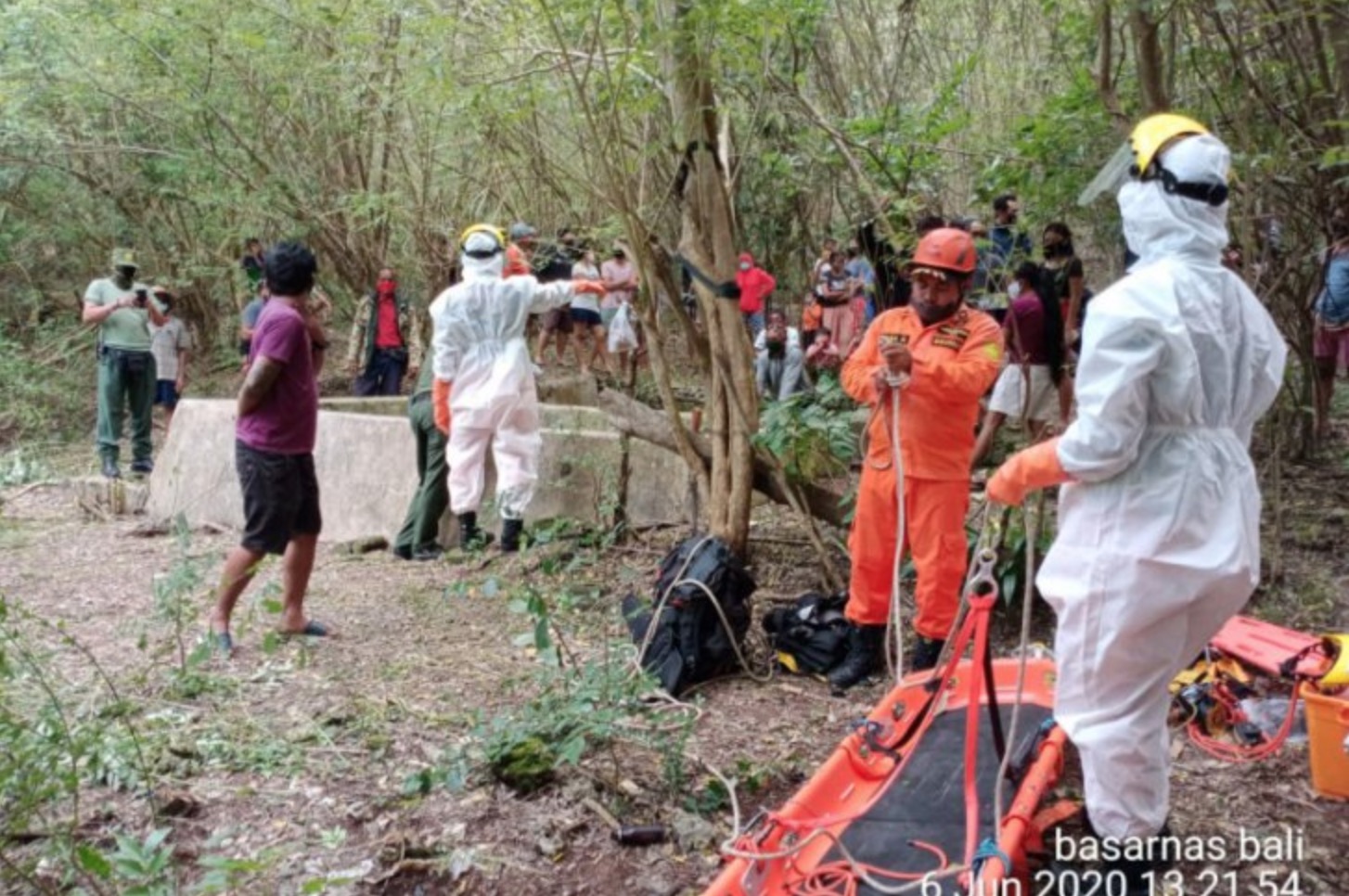