Britain’s former US Ambassador made a Lord by Theresa May

Theresa May handed a peerage to the British ambassador to the US who was forced to resign after leaked diplomatic cables revealed his scathing assessment of Donald Trump’s White House.

As is usual with civil servants, Sir Kim Darroch will sit in the House of Lords as a cross bench peer.

In the cables Sir Kim questioned whether the White House under Mr Trump ‘will ever look competent’ and described the administration as ‘inept’ and ‘dysfunctional’.

The leaks prompted a personal slapdown from the US President, who said Sir Kim had ‘not served the UK well’ and the White House would ‘no longer deal’ with him. 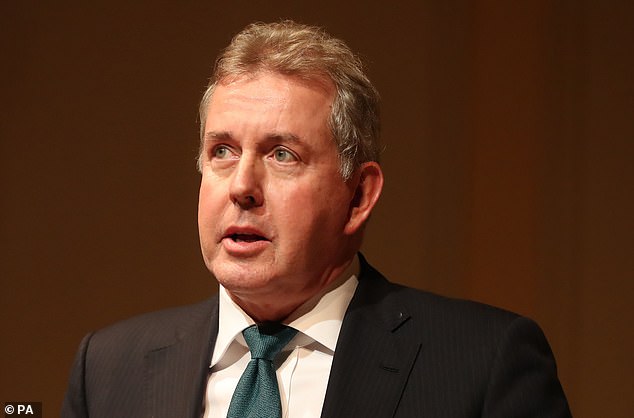 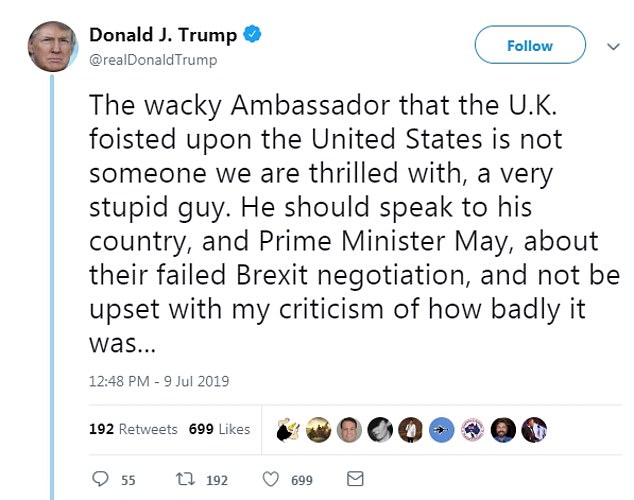 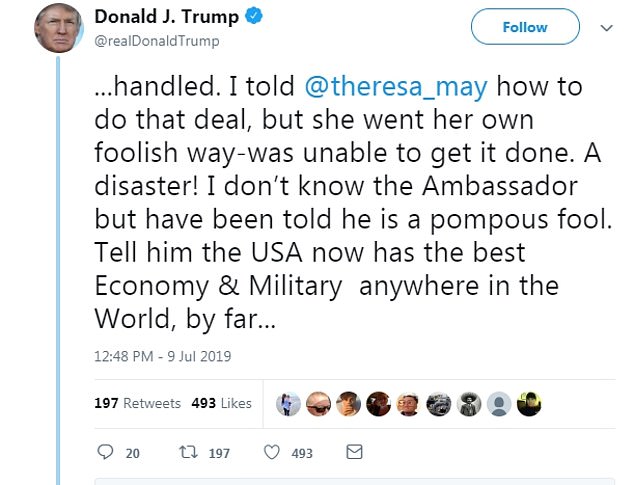 Mr Trump tweeted saying: ‘The wacky Ambassador that the U.K. foisted upon the United States is not someone we are thrilled with, a very stupid guy.

‘He should speak to his country, and Prime Minister May, about their failed Brexit negotiation, and not be upset with my criticism of how badly it was handled.

‘I told how to do that deal, but she went her own foolish way-was unable to get it done. A disaster! I don’t know the Ambassador but have been told he is a pompous fool.’

After Mr Trump’s comments came it emerged Sir Kim had been frozen out of two major events by the Trump administration in a brutal snub.

Sir Kim was excluded from a business meeting between Dr Fox and Ivanka Trump today after he was uninvited from a lavish White House dinner for a gulf potentate. 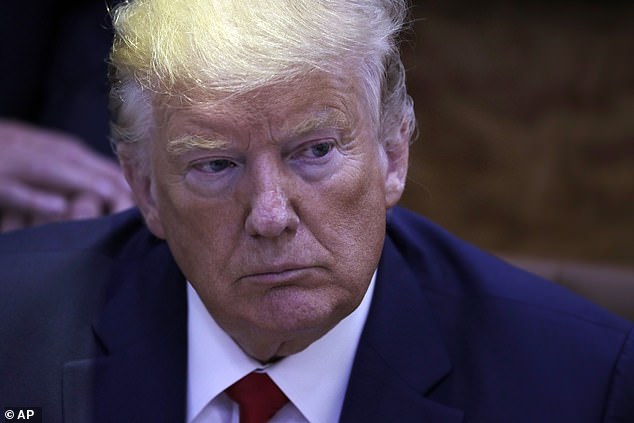 After Mr Trump’s comments came it emerged Sir Kim had been frozen out of two major events by the Trump administration in a brutal snub.

And he was barred from the glitzy event for the Emir of Qatar after the US President said that he will ‘refuse to deal’ with the UK’s ambassador because of what was said in the leaked cables.

The row blew up during the Tory leadership contest and Boris Johnson was accused of throwing Sir Kim ‘under the bus’ by failing to back him.

As he resigned from his position in July Sir Kim had said: ‘The current situation is making it impossible for me to carry out my role as I would like.

‘Although my posting is not due to end until the end of this year, I believe in the current circumstances the responsible course is to allow the appointment of a new ambassador.’

Police are still investigating the leak.

British ambassador’s waspish wit comes back to sting him

Sir Kim Darroch was handed one of the most prestigious jobs in the diplomatic service several months before Donald Trump entered the White House.

The Washington ambassadorship – with its lavish embassy parties – is far removed from the council flat Sir Kim grew up in on an Oxfordshire council estate.

Described as witty and humorous by those around him, he was a bright youngster and won a free scholarship to attend Abingdon School, a leading public school that charges £20,000 a year for day pupils.

‘I think I was the only person in the school uniform walking out of this council estate every morning to go to school,’ he recalled in a recent interview.

He joined the diplomatic service in 1977 after leaving Durham University with zoology degree.

From 2007 to 2011 he served in Brussels as the UK Permanent Representative to the EU.

Knighted in 2008, the 65-year-old was David Cameron’s national security adviser from January 2012 to September 2015 before going to Washington.

He is nearing the end of his diplomatic career. In an interview last year he said, ‘I don’t want to sound all Monty Pythonesque’, before adopting a mock Yorkshire accent to add: ‘I were brought up in’ paper bag.

‘But I grew up in a council flat . . . and perhaps because of my background I never feel like I’m in a gilded cage. This job is the privilege of my life.’ Sir Kim and his wife Vanessa soon settled into the private apartment in the embassy, widely regarded as the finest in Washington DC.

His name rose to prominence after the president’s election victory when Mr Trump called for Nigel Farage to replace him as the UK’s man in Washington.

No10 was forced to insist there was ‘no vacancy’ and praised Sir Kim as an ‘excellent ambassador’.

He had earlier hit the headlines when, soon after Mr Trump’s election win, The Sunday Times reported on a secret memo in which Sir Kim apparently suggested the UK could exploit Mr Trump’s inexperience in office.

The memo said: ‘The president-elect is above all an outsider and unknown quantity, whose campaign pronouncements may reveal his instincts, but will surely evolve and, particularly, be open to outside influence if pitched right… We should be well placed to do this.’