A British Airways flight to Verona made an emergency landing at London Heathrow today after passengers allegedly smelt burning and some crew members felt unwell.

Flight BA2596 to the Italian city returned to Heathrow Airport’s Terminal Five after what the airline described as a ‘technical issue’ on the Airbus A320-232 plane.

One witness tweeted a dramatic video of fire engines and other emergency vehicles at the airport after the plane returned to Heathrow having initially left at 7am. 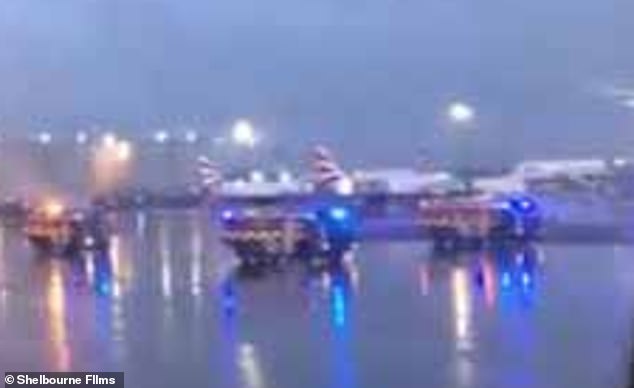 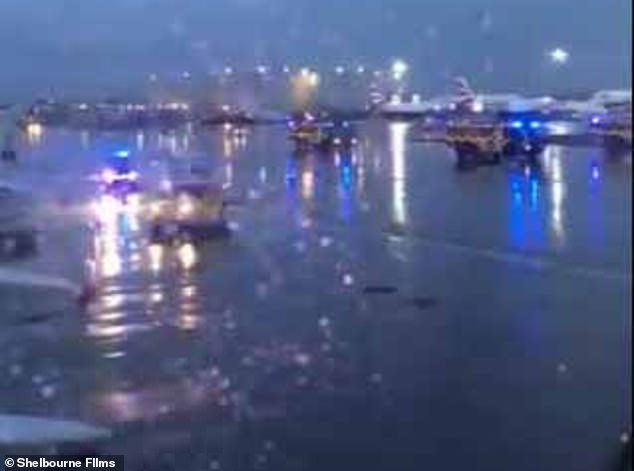 The Twitter account Shelbourne Films posted the clip today, saying: ‘That was a long ten minutes.’ It added: ‘There was a smell of burning and some crew felt unwell.’

BA told passengers in a message: ‘We apologise for the delay to your flight today. We had to return back to London Heathrow due to a technical issue.

‘Safety is our number one priority and we would never continue a flight unless it was safe to do so. We are currently in the process of arranging a new aircraft so that we are able to get you to your destination.

‘We now have a new estimated departure time of 12.20pm local time. Please make your way to Gate C55 where your flight will be boarding from.’ 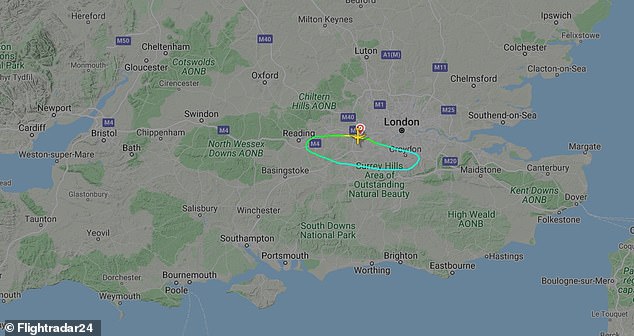 A BA spokesman told MailOnline: ‘The safety of our customers and crew is always our priority and the flight returned to Heathrow as a precaution due to a minor technical issue.

‘We’ve apologised to our customers and have organised a replacement aircraft so that we can get them on their way again as quickly as possible.’

Yesterday, a pre-departure rapid Covid-19 testing facility was launched at Heathrow Airport, with the facilities in Terminals 2 and 5 initially offering tests to passengers travelling to Hong Kong before they fly.

To start, the facilities will offer Lamp (loop-mediated isothermal amplification) testing and will expand to offer antigen testing in the coming weeks, the latter of which will be offered to passengers travelling to Italy.

Unlike PCR (polymerase chain reaction) tests, which are used by the NHS, Lamp and antigen tests can be processed without being sent to a laboratory. 'Predatory' NHS gynaecologist who secretly filmed sex is struck off