Tens of thousands of Britons who were born in America but only lived there for a few months or years face having their bank accounts frozen as part of a crackdown by the US tax authorities.

The Washington, D.C.-based Internal Revenue Service is ordering British banks to hand over the American tax identification numbers of dual nationals so they can be charged tax as overseas citizens.

This leaves thousands of so-called ‘Accidental Americans’ born before 1986 in a difficult situation, because they were never given US tax number or told they would be liable to US taxes for the rest of their lives. 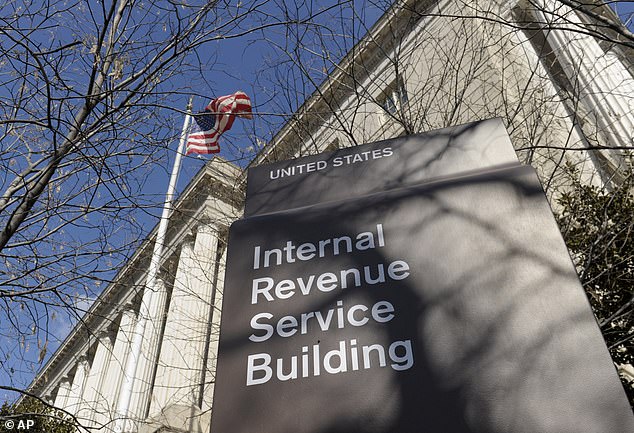 The Washington, D.C.-based Internal Revenue Service (pictured) is ordering British banks to hand over the American tax identification numbers of dual nationals so they can be charged tax as overseas citizens

One 74-year-old woman from Cambridgeshire is now being hounded by Barclays for her US tax number despite having left the country in 1947 aged 18 months.

The pensioner, who assumed her citizenship would have expired, told The Guardian: ‘I felt hounded … I didn’t understand US tax law.’

There are thought to be around 300,000 other ‘accidental Americans’ across the EU, although it is not clear how many are British.

The IRS has ordered British banks to weed out any dual nationals on their books before the end of the year or risk huge fines. 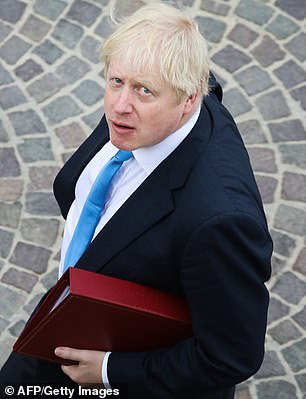 Some have appealed to Prime Minister Boris Johnson (pictured today) for help, who was born in New York but left five years later

This has prompted a backlash from people caught in the net, who insist they should not have to pay taxes to a country where they only lived as children.

Some have appealed to Prime Minister Boris Johnson for help, who was born in New York but left five years later.

He gave up his citizenship in 2017 after the US tried to tax him on the sale of his home in Islington, a move he called ‘absolutely outrageous’.

The US is the only country in the world apart from Eritrea that taxes non-resident citizens.

This led to reports earlier this year that Harry and Meghan’s new baby would be liable for US taxes if the Duchess of Sussex applied for him to have American citizenship.

Parents can obtain citizenship for their babies abroad if they report the birth to an American consulate.

US citizenship can be renounced at any time.