An opposition bill which would force Johnson to ask the European Union for an extension to Britain’s departure to avoid an Oct. 31 exit without a transition deal was approved by parliament’s appointed upper chamber, the House of Lords, on Friday.

Queen Elizabeth is expected to sign it into law on Monday.

The BBC said earlier that lawmakers, including moderate Conservatives expelled this week from their party for backing the bill, have lined up a legal team and are willing to go to court to enforce the legislation if necessary.

Johnson, a leader of the campaign to leave the EU during the 2016 Brexit referendum, took office in July after Conservative party predecessor Theresa May quit following three failed attempts to get a deal with Brussels through parliament.

The new prime minister vows to take Britain out of the EU on Oct. 31, with or without a deal with the bloc.

Johnson has said he has no intention of seeking an extension and would rather “die in a ditch” than delay Brexit.

Saturday’s Daily Telegraph reported that the prime minister is prepared to defy parliament’s instruction to request an extension to the Brexit process if he fails to agree a new deal.

The newspaper quoted Johnson as saying he was only bound “in theory” by the new legislation.

But a former director of British public prosecutions (DPP) told Sky News that Johnson could face prison if he refuses to delay Brexit in the face of court action.

It quoted Ken MacDonald, DPP in 2003-2008, as saying that legal action would result in a court ordering that the law should be followed: “A refusal in the face of that would amount to contempt of court, which could find that person in prison.”

Corbyn said Labour was not as a party taking legal action but was aware of lawmakers’ maneuvers on the matter. 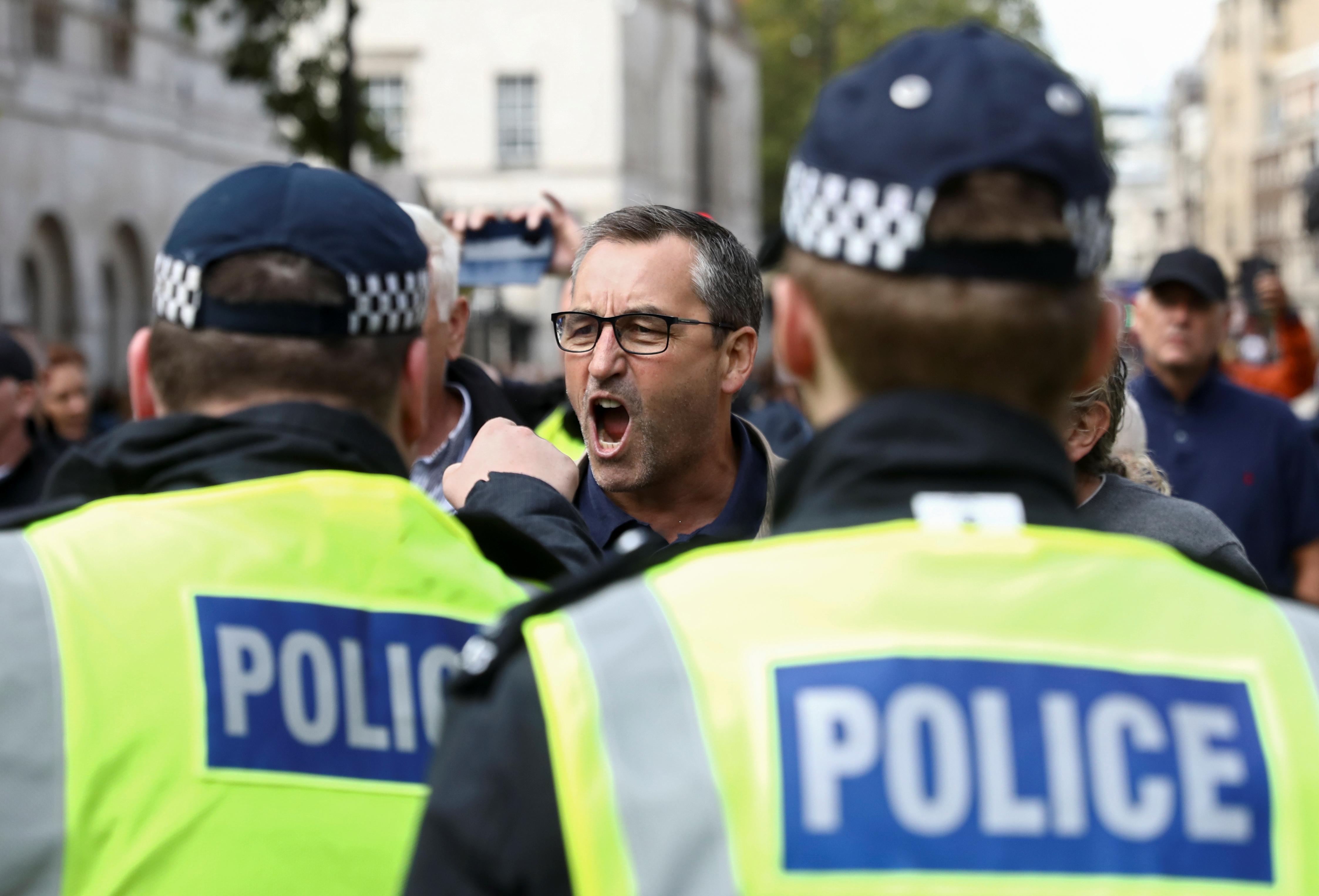 “The courts making a decision to try to make a prime minister abide by the law, made by a parliament, of which he is a member. These are strange times for democracy,” Corbyn told BBC television.

An opinion poll on voting intentions, carried out by Survation for the Daily Mail, put the Conservatives on 29%, down 2% from the previous poll, with Labour unchanged on 24%. The pro-EU Liberal Democrats were on 18% and the Brexit Party 17%.

David Lidington, who was deputy prime minister under May, said that obeying the rule of law was a fundamental principle of the ministerial code. “Defying any particular law sets a really really dangerous precedent,” he told BBC radio.

Johnson says the only solution to the Brexit deadlock is a new election, which he wants to take place on Oct. 15 and could give him a new mandate to quit the EU on schedule.

Two-thirds of parliament’s lawmakers need to back an early election, but opposition parties, including Labour, said they would either vote against or abstain on this until the law to force Johnson to seek a Brexit delay is implemented.

“We need a clear statement from the prime minister that he is going to abide by that act of parliament,” Corbyn said.

Johnson failed to win enough support in a vote on Wednesday for an election. Another vote is scheduled for Monday. 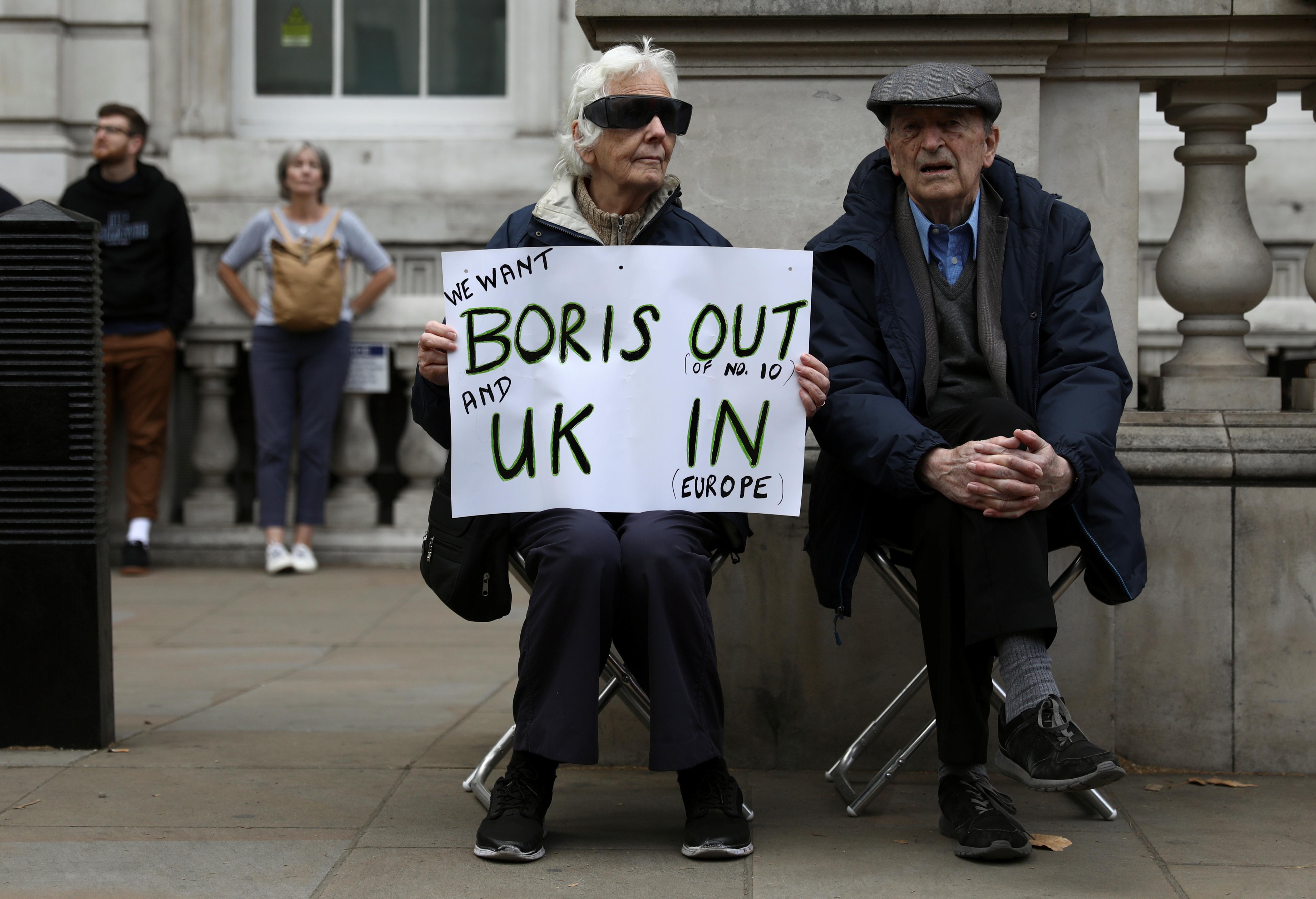 Separately on Saturday, the British Chambers of Commerce (BCC) said a “concerningly high number” of firms in the country are not ready for a no-deal Brexit.

The BCC said its survey of 1,500 firms found 41% had not even done a Brexit risk assessment. “Our evidence yet again reinforces the importance of averting a chaotic exit on Oct. 31,” director general Adam Marshall said.