British man, 26, killed after plane crashed down in to fields in Spain

British man, 26, is killed after his plane span out of control and crashed down in to fields during training flight in Spain

A British man has died after his plane span out of control and crashed down in to fields during a training flight in southern Spain.

The 26-year-old is believed to have died instantly after the light aircraft came down in a field by a main road near the town of Pinzon, 25 miles south of Seville.

The Briton, who has not been named, was the sole occupant of the plane, which had taken off from nearby Jerez Airport on Wednesday.

Local reports say he was a pupil at Fly-in-Spain, one of the two training schools based at the airport. 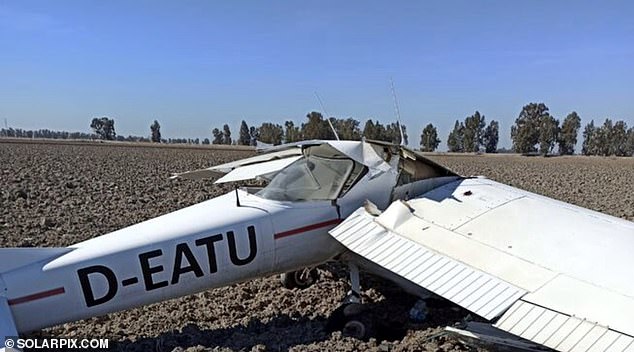 A British man has died after his plane span out of control and crashed down in to fields during a training flight in southern Spain. Pictured: The wreckage from the crash

The tragedy occurred around 12.15pm on Wednesday. A witness phoned the emergency services to say the plane had crashed onto farmland 300 metres from the SE-9020 road which runs between Pinzon and the nearby town of Los Palacios and Villafranca.

Police, firefighters and paramedics were mobilised but could do nothing to save the pilot, who was pronounced dead at the scene after his body was removed from the wreckage of his light aircraft.

Footage showed it spinning dangerously out of control as it plunged towards the ground and an onlooker yelled: ‘It’s going to crash.’

Fly-in-Spain, which describes itself on social media as one of the leading flight training schools in southern Spain with ‘over two decades of consecutive operations and satisfied clients’ has yet to make any official comment. 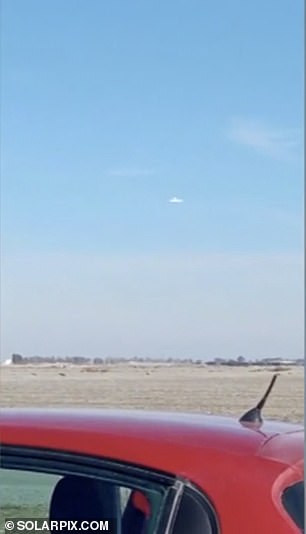 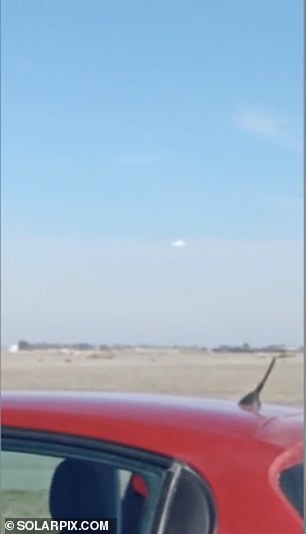 Footage showed the plane spinning dangerously out of control as it plunged towards the ground and an onlooker yelled: ‘It’s going to crash.’ 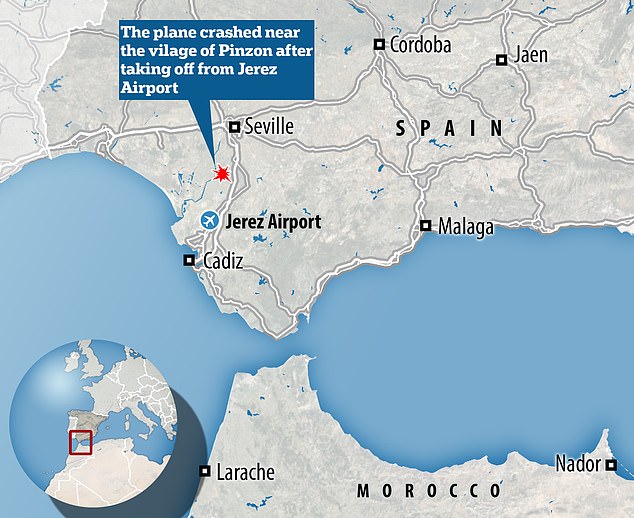 The 26-year-old is believed to have died instantly after the light aircraft came down in a field by a main road near the town of Pinzon, 25 miles south of Seville

A spokesman for a regional government-run emergency services co-ordination centre confirmed: ‘The sole occupant of a light aircraft has died after his plane crashed over a rural area near to Utrera in the municipality of Seville.

‘The accident occurred at 12.15pm on Wednesday with a witness alerting the emergency services to the spot where the plane came down which was a field 300 metres from the SE-9020 road near the town of Pinzon.

‘Paramedics were mobilised along with firefighters, Civil Guard, and an environmental officer who was in the area when the accident happened.’

The plane is said to have started leaking fuel after coming down, sparking a fire risk which the emergency responders also had to deal with.

Police sources told local media the flight had been registered and previously programmed in line with standard procedure.

In May last year British expat Paul Lowry died after his plane plunged into the sea off a beach near the Spanish port city of Cartagena.

The 66-year-old, originally from Smethwick near Birmingham and a former worker at Birmingham’s Queen Elizabeth Hospital before he moved to Spain with his wife Anne, was described at the time as an experienced pilot. 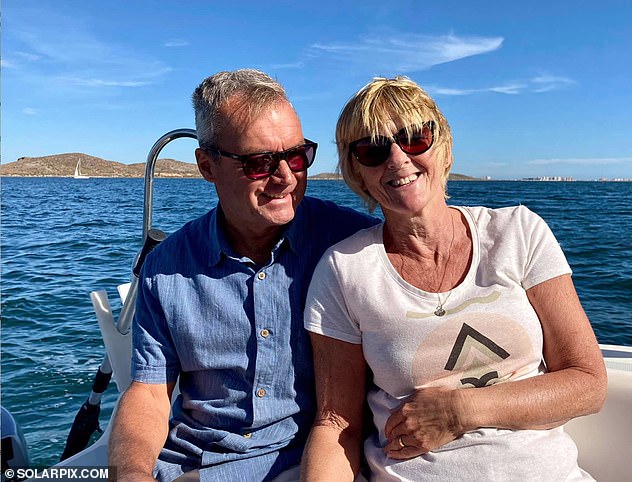 Pictured: Paul Lowry, 66, who died instantly when his plane crashed into the sea off the west coast of Spain after he hit a ‘freak’ bank of thick marine fog that caused him to lose control of the aircraft

Javier Martinez Pacheco, head of flights at Totana Airdrome where Paul took off from shortly before his light aircraft came down, said at the time: ‘He was a very experienced pilot who had been flying for many years.

‘He was also a very serious pilot who never did anything silly with his plane when he was in it.

‘You know there’s risk attached to a hobby like flying but what’s happened is obviously very regrettable and tragic.

‘We are mourning the loss of a companion and suffering with his family and feeling absolutely devastated.

‘Other people were going to fly with him but ended up staying to do maintenance work and he went out alone.’

He added: ‘It appears he could have come across a bank of coastal marine fog in an area where it doesn’t normally form and got into problems because of that.’

In December 2017 a former rally champion credited as Colin McRae’s mentor died in a horror air crash at Mutxamel Aerodrome near the Costa Blanca capital of Alicante.

A damning report later concluded Aberdeen-born tycoon Donald Milne performed banned acrobatic stunts and also failed to respect the normal aerodrome circuit before coming in to land and smashing into the back of a helicopter he had not seen.

Mr Milne was a well-known figure on the motorsport circuit, where both his sons Quintin and Freddie have competed.

He lent Colin McRae, who died himself in a helicopter crash in Lanark in 2007, cars early in the future world champion’s rally career before he went on to win two British titles and the 1995 world title.