Dramatic moment pubgoer, 82, realises a knife has plunged into his heart during scuffle with a drinking buddy over an unpaid bar tab – as his mate is cleared after nine months in jail

Dramatic footage captures the moment a pair of drinking buddies scuffled over a bar tab before one realised a knife had plunged into his chest.

Mark Coughlan and Robert Stewart, 82, got into a confrontation at the Camelia Grove Hotel in Alexandria, in Sydney’s inner-city, in June last year.

Mr Coughlan had just collected his lunch from the bistro and was holding a steak knife in one hand.

Neither man seemed to notice the knife plunged into Mr Stewart’s chest during the brief scuffle.

Mr Coughlan was refused bail and spent nine months in jail before police withdrew charges of wounding a person with intent to cause grievous bodily harm. 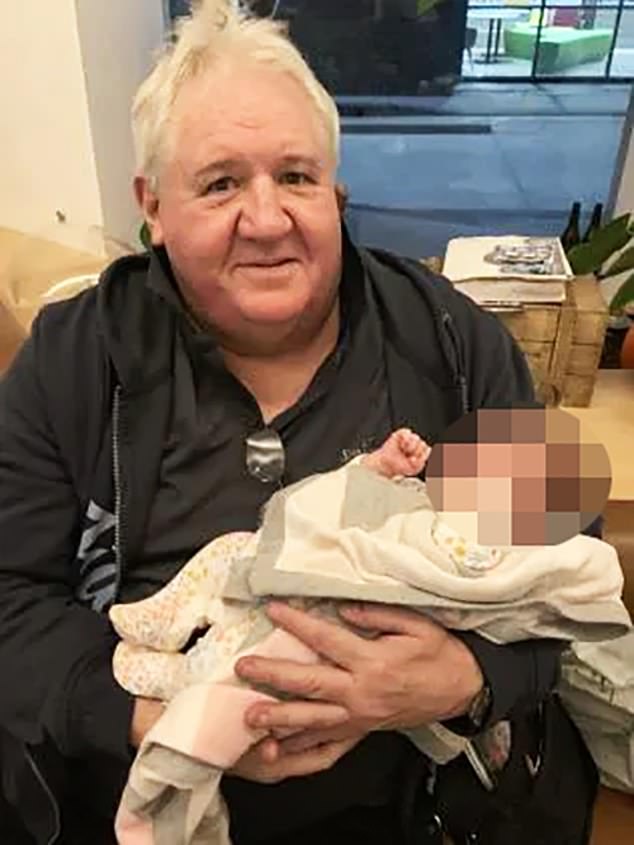 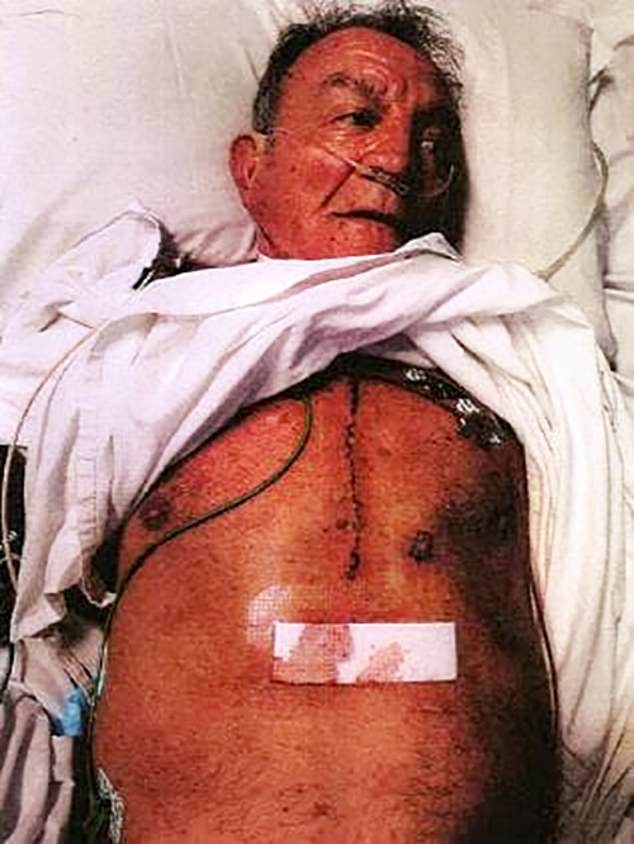 Mr Coughlan and Robert Stewart, 82, got into a confrontation about an unpaid bar tab – with neither noticing at first a steak knife had plunged into Mr Stewart’s chest

CCTV footage inside the pub showed the pair arguing over the unpaid tab, before Mr Coughlan’s lunch went crashing to the ground.

Mr Coughlan then left the pub while Mr Stewart could be seen backing up holding his chest.

Paramedics can then be seen treating him for the wound.

Mr Stewart was taken to Royal Prince Alfred Hospital for emergency surgery, and a court heard he told police Mr Coughlan was to blame, The Daily Telegraph reported. 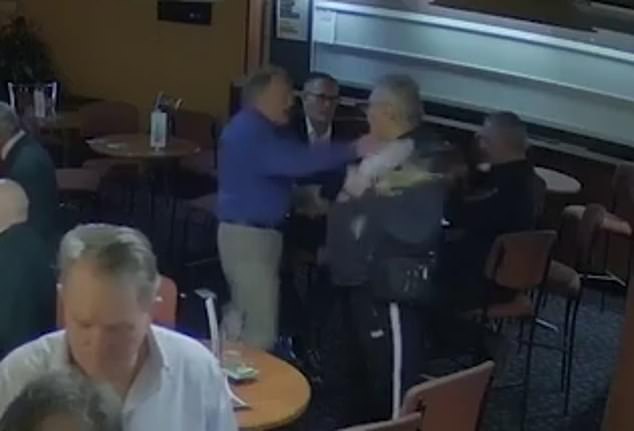 After being arrested and charged, Mr Coughlan was refused bail.

He was released last week after charges were withdrawn by prosecutors and he has now hit out at the charges laid against him.

‘I was portrayed as a knife-wielding maniac when all I was doing was simply about to dig into my steak,’ Mr Coughlan said. 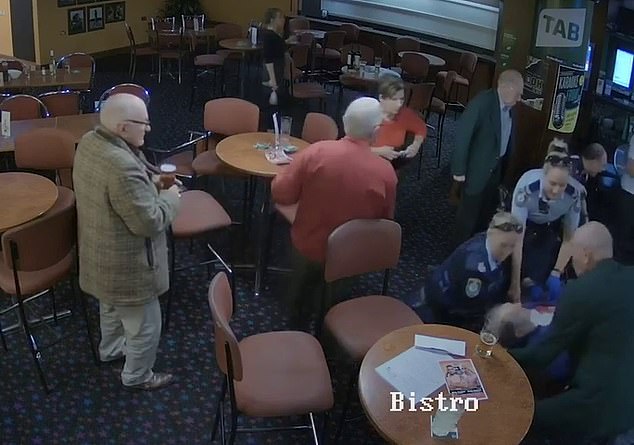