Can you spot the drowning child in this packed swimming pool? Eagle-eyed lifeguard saves the day as he plucks kid to safety

Footage shows dozens of people enjoying the water in the outdoor pool, believed to be somewhere in the USA. 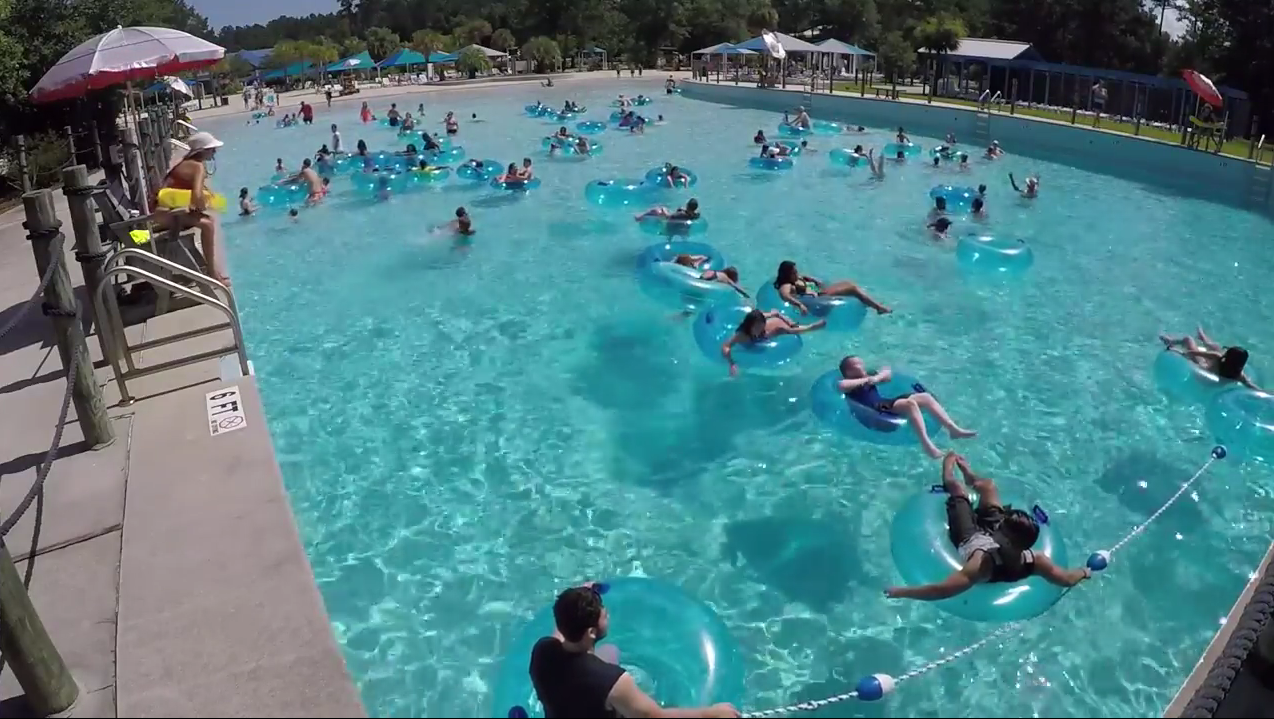 All seems well in the pool as children and play in the sun drenched outside swimming area.

But suddenly the lifeguard leaps to her feet and loudly blows her whistle.

She then launches herself into the water and paddles though a wall formed by rubber ring using children.

Two thirds of the way across the large wave-pool a child can be seen thrashing in the water have gotten out of their depth. 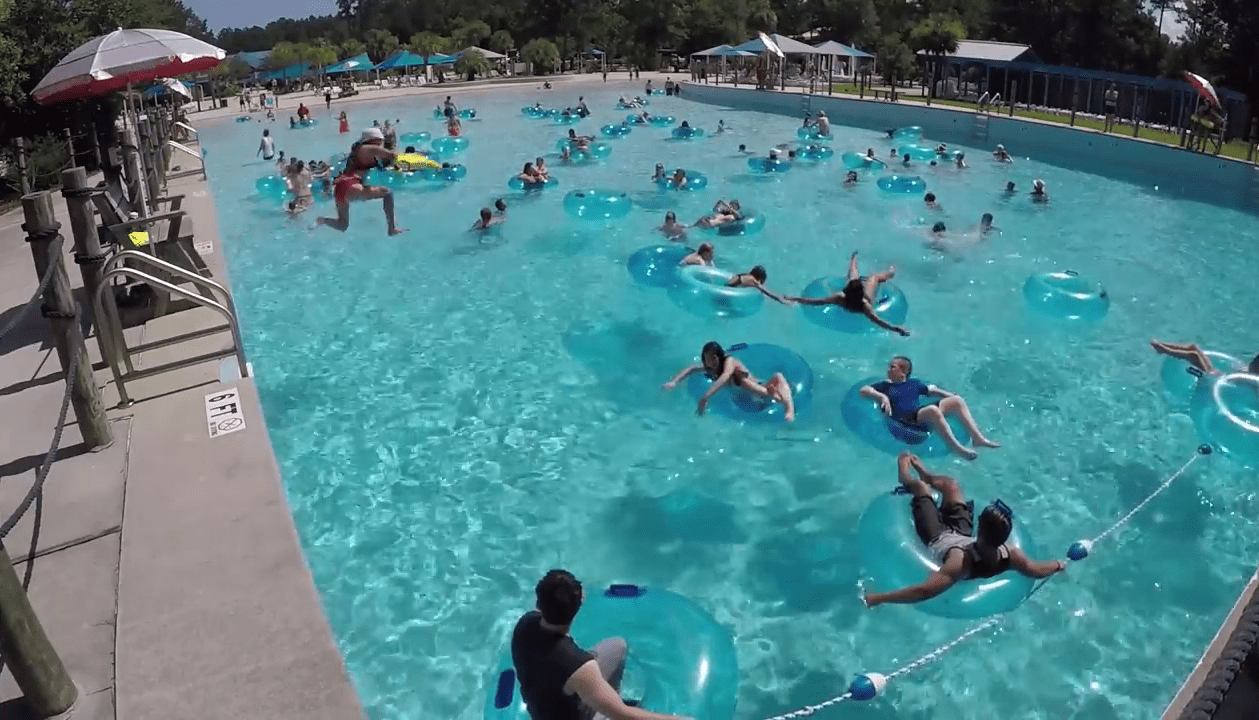 Just before the lifeguard reaches the child a yelp can be heard.

Within seconds she has grabbed onto the panic stricken kid and begun hauling them to safety as they cling on to her float.

Last week a similar incident was captured at a pool, also believed to be somewhere in America.

A little girl was seen thrashing her arms around and barely touching the floor of the pool as she uses it to launch herself above water to try and catch her breath. 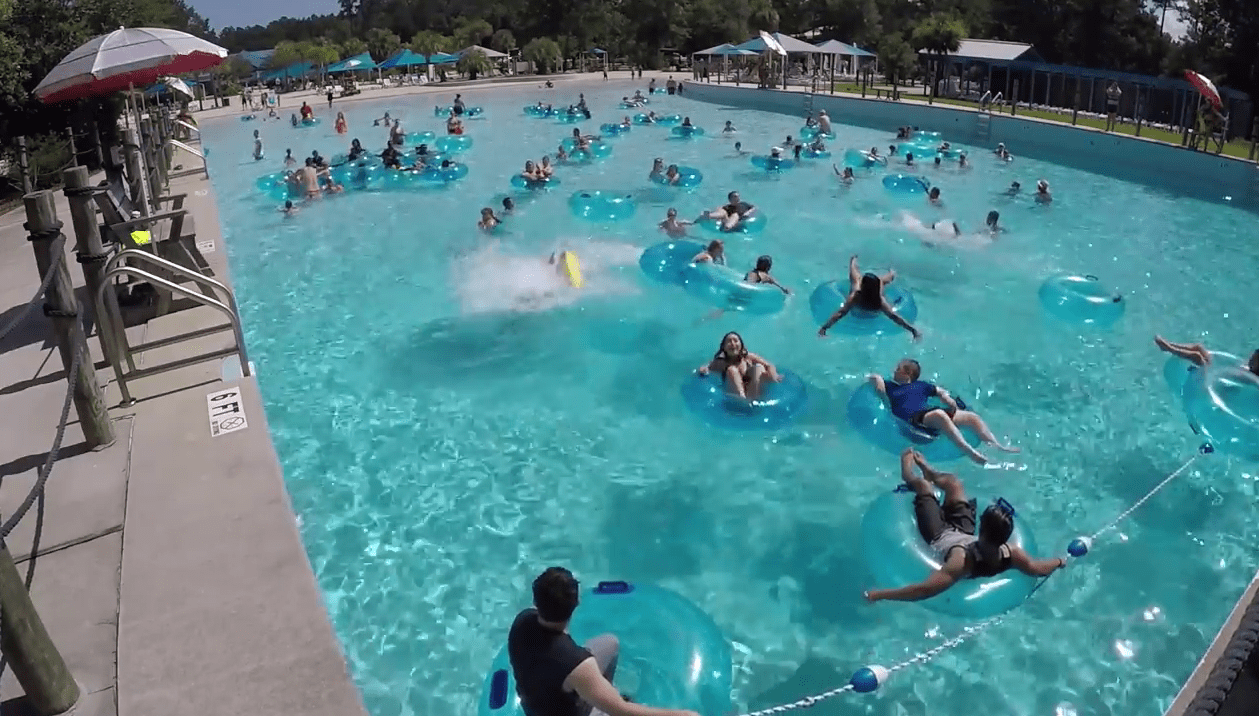 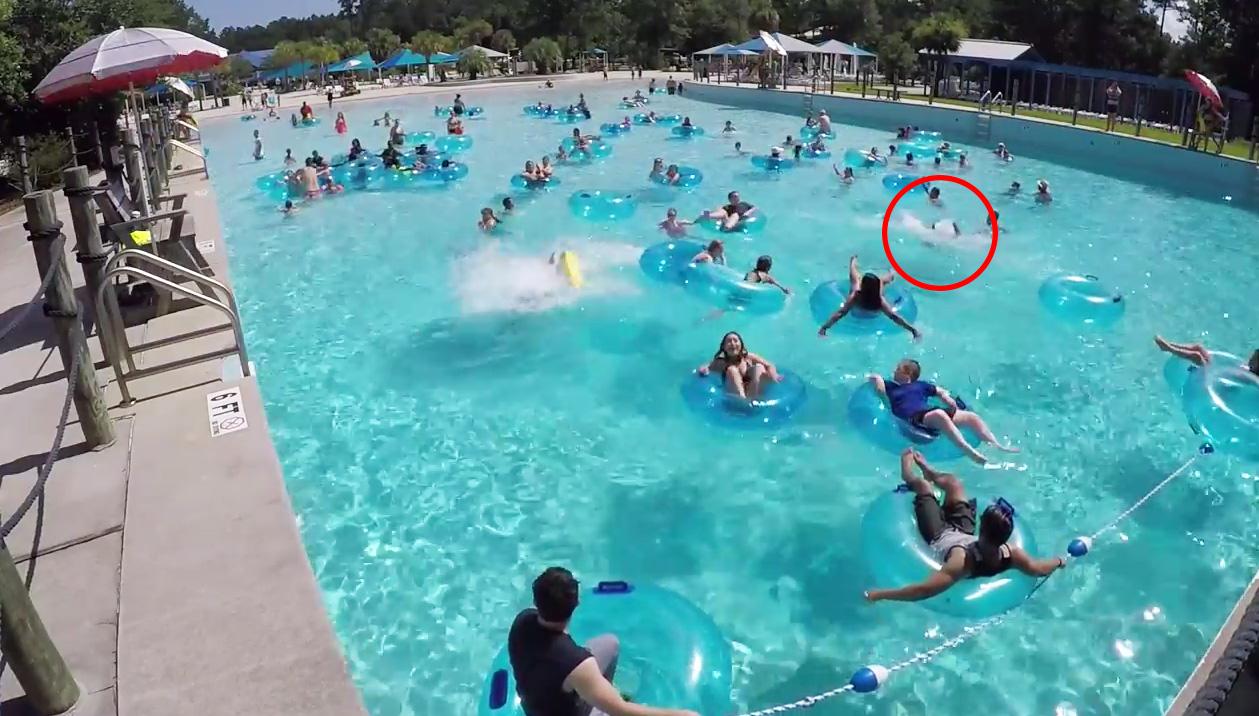 Swimmers around her were oblivious to her distress for around 30 seconds before the quick-thinking lifeguard spots her fighting to stay afloat.

Both clips posted on YouTube by a group named Lifeguard Rescue, which showcases the amazing work lifeguards do.

According to the Royal Life Saving Society UK, around 400 people needlessly drown every year in Britain and thousands more suffer injury, some life changing, through near-drowning experiences.

Nearly 60 of these are children and young people and drowning is also the third highest cause of accidental death of children in the UK, the charity says.

But they note accidents tend to occur more often on holiday and warn people to be vigilant when using swimming pools.

Remember the SAFE code when getting in the swimming pool

Ensure you and your family know the SAFE code when swimming this summer: