The bizarre image features a football entering a vagina with the caption: “We’re going to eat it up this month.”

The satirical magazine – subject to a terrorist attack in 2015 after depicting the Prophet Muhammad – released the cartoon as France hosts the World Cup.

US midfielder Samantha Mewis told Reuters: “It’s obviously not the kind of news that we would have wanted to see.

“I hope that through our play, people can kind of catch up to the times and understand that what we’re doing is awesome, and that we deserve a lot of respect.” 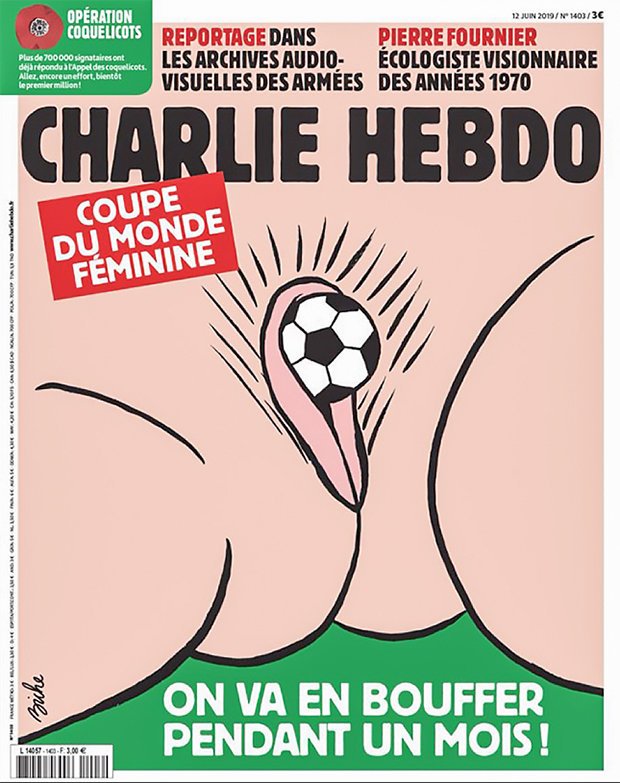 “This is outrageous and disgusting”

A third added: “It’s sad and disappointing to see how sexist and cowardly this newspaper is.”

But others backed the magazine and demanded people respect its freedom of expression.

One bloke tweeted: “It amazes me how many people that are calling for #CharlieHebdo to apologise and retract their latest cover are the ones that applauded them for depicting the prophet Mohammed and had Je Suis Charlie all over their profiles.”

Another asked: “What happened to your so called freedom of speech when it comes to Charlie Hebdo?”