CHINA'S dangerous and irresponsible virus research could lead to another devastating pandemic unless the West holds them to account over the Wuhan lab leak, a leading investigative journalist has said.

Sharri Markson is a multi-award winning reporter who has been on the trial of the origins of Covid for 18 months – and has now penned a bombshell new book, What really happened in Wuhan. 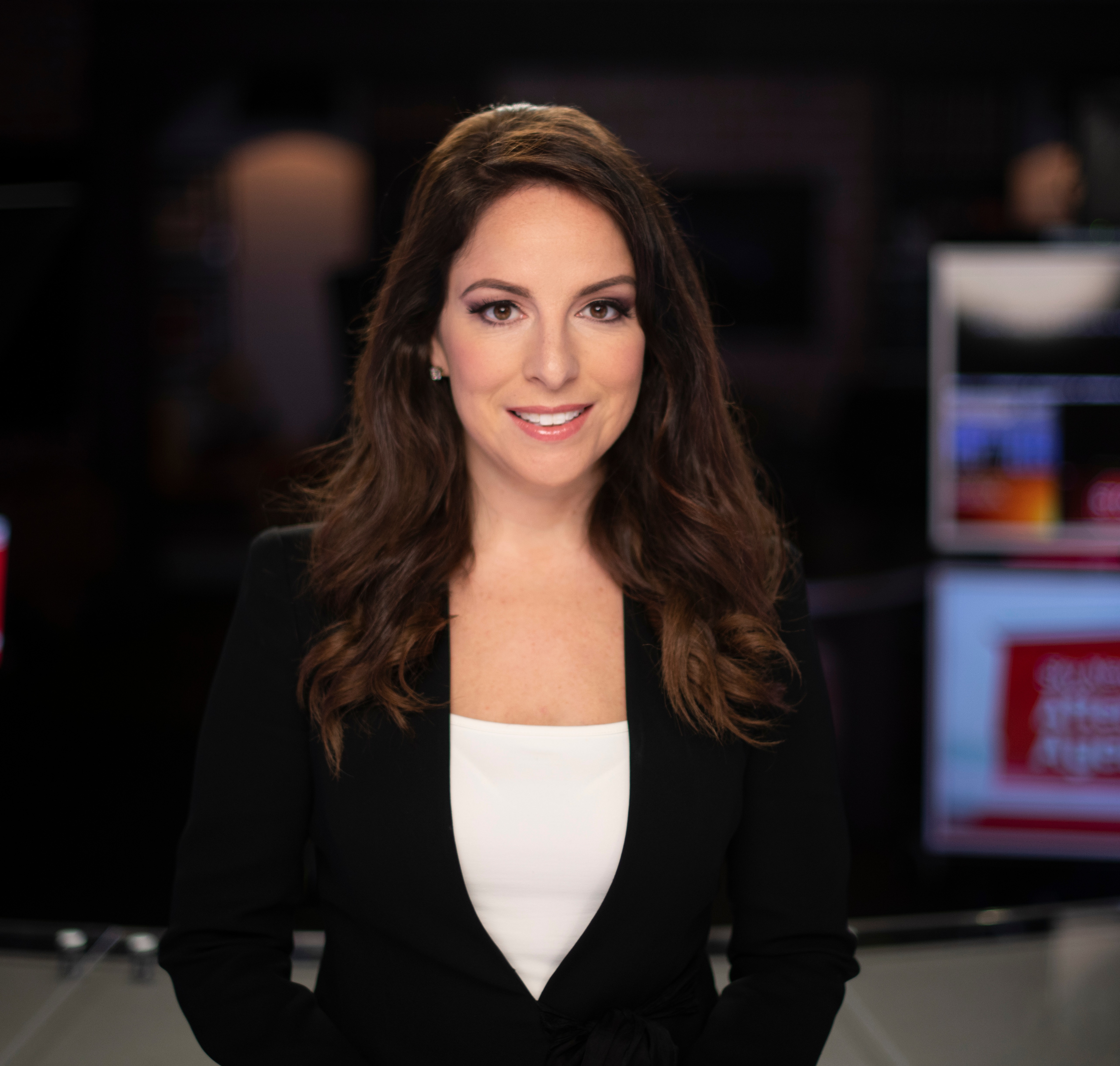 Markson spoke to The Sun Online as the book hits the shelves today and lays out the bombshell and compelling case that Covid came from the Wuhan Institute of Virology (WIV).

WIV is known to have carried out risky research by souping up bugs in Frankenvirus experiments, was considered a world-leading authority on coronaviruses, and is just a stone's throw from the outbreak's epicentre.

The author has laid out the evidence including genetic clues within the virus itself, suspicious activity at WIV months before China admitted there was a problem, and the "ongoing" efforts to stage an international cover up.

For the reporter it is now "beyond doubt" that the virus – which has killed more than 4.7million people worldwide – came from the lab.

"There is not one single thing that is a smoking gun – but when you put all the evidence together it is beyond doubt there was an incident at WIV and the Chinese authorities stepped in to cover it up," she told The Sun Online.

Markson went on: "This is so important, this has not only claimed 4.7 million lives – it has shut down our lives as we know it.

"People have lost their jobs, businesses have shut down, kids aren't in school, all our lives have been turned upside down.

"To prevent another pandemic, we absolutely need to know how this started.

"And the fact is there has been dangerous biological research undertaken in labs in China which are not up to the same standards as Australian, British and American labs and where there is no oversight."

She also accused the West of being just as complicit in the cover up as China.

WHO failed to act in the first days of the pandemic, the origins debate became "politicised" in the US, and partisan China-linked scientists were allowed to frame the debate on the lab leak, she argues.

Markson has been dealing with a storm of criticism as she has investigated the virus's origins – at first being attacked as a "conspiracy theorist" even in her home country Australia.

The more I dug into it, the more it was clear there was this enormous cover up so I just stayed on the story – and it kept unravelling

Chinese state media and propaganda has also been targeting her personally, with hit job articles accuses her of stoking "anti-China" sentiment, being a "bugler for lies", and being part of a "misinformation campaign".

But undeterred she continued on and in her book now presents interviews with numerous scientists, officials and whistleblowers to build the case for the lab leak in the book.

And she is driven by the millions who have died of the virus, including her own grandmother Stella.

Only since the start of 2021 has the allegations of a lab leak started to gain mainstream attention after long being publically dismissed by officials, politicians and scientists.

And last month, the US intelligence apparatus confirmed their agencies were split down the middle as to whether the virus did come from WIV.

China aggressively denies any allegations of a lab leak and any improper behaviour over its handling of the early days of the pandemic.

And the Communist Party have attempted to deflect blame, suggested the virus may have even come from a lab in the US. 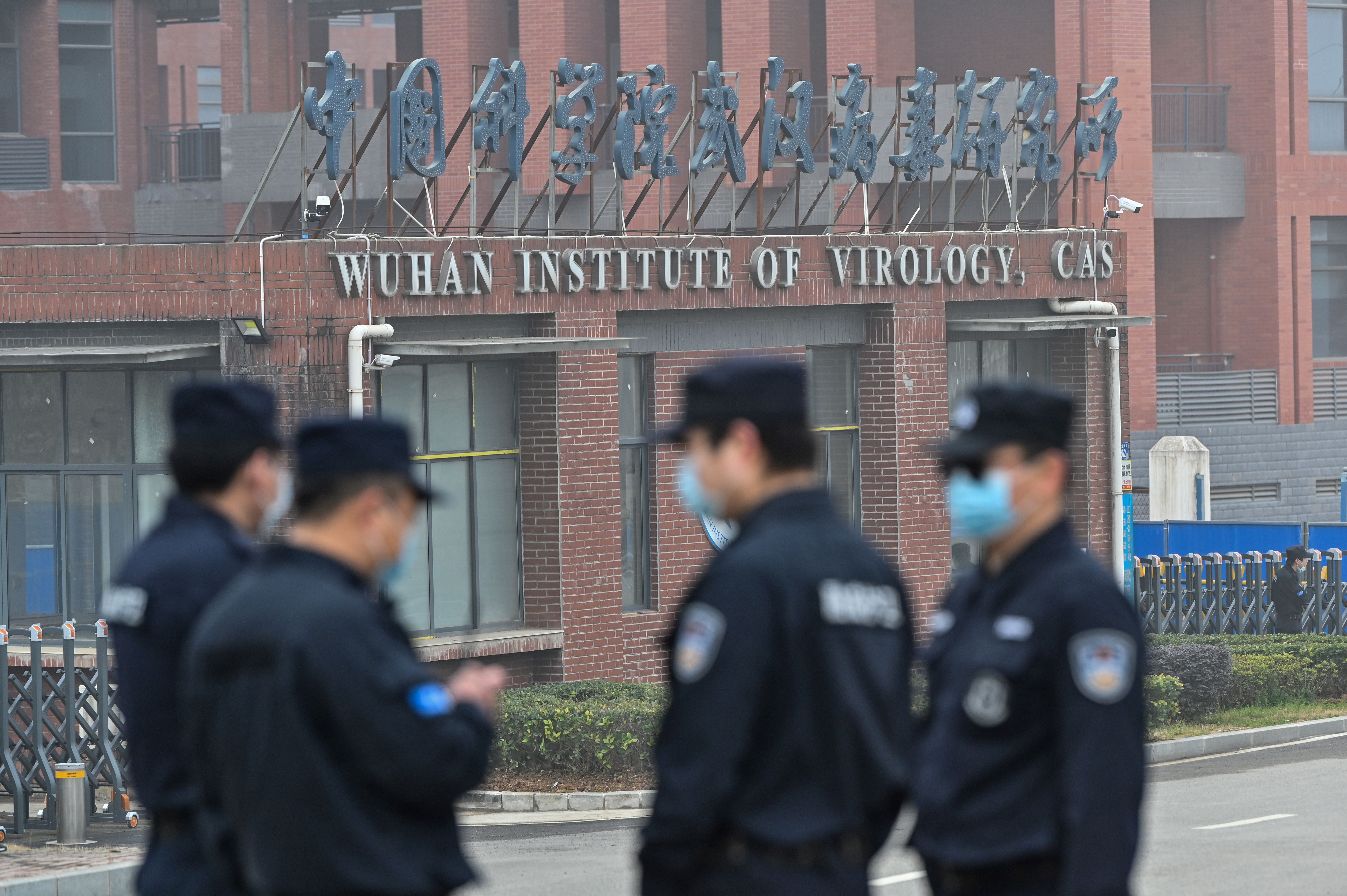 Markson told The Sun Online: "Because the theory was being treated as a conspiracy and a debunked conspiracy, I really wanted to put the story together.

"It's so complex, this was covered up by both the Chinese Communist Party and in the West."

She went on: "WIV had the world's largest collection of coronaviruses.

"The more I dug into it, the more it was clear there was this enormous cover up so I just stayed on the story and it kept unravelling."

And she believes China will "never" admit what happened, but questions why there is no formal inquiry into the origins in the West.

Western scientists and agencies that worked with WIV – such as the EcoHealth Alliance that received US funding for bat virus research- should be issued subpoenas to reveal more details their dealings with the lab, she said.

However, the West also needs to have the courage to face the idea the Communist Party may be responsible for the deaths of up to 4.7million people across the world.

"How do you handle that? It is too difficult to even comprehend. What measures could even be used?" she said

"And that is one of the reasons why we haven't seen pressure from the US and UK."

Markson believes that WHO allowed itself to be kowtowed to China's narrative on the virus even as the bug was spreading, with director Dr Tedros Adhanom Ghebreyesus "reinforcing the Communist Party's lies".

Dr Tedros eventually did come around to acknowledging the lab leak theory, but only after a much derided WHO "fact finding" mission to China which Shari branded a "farce investigation". 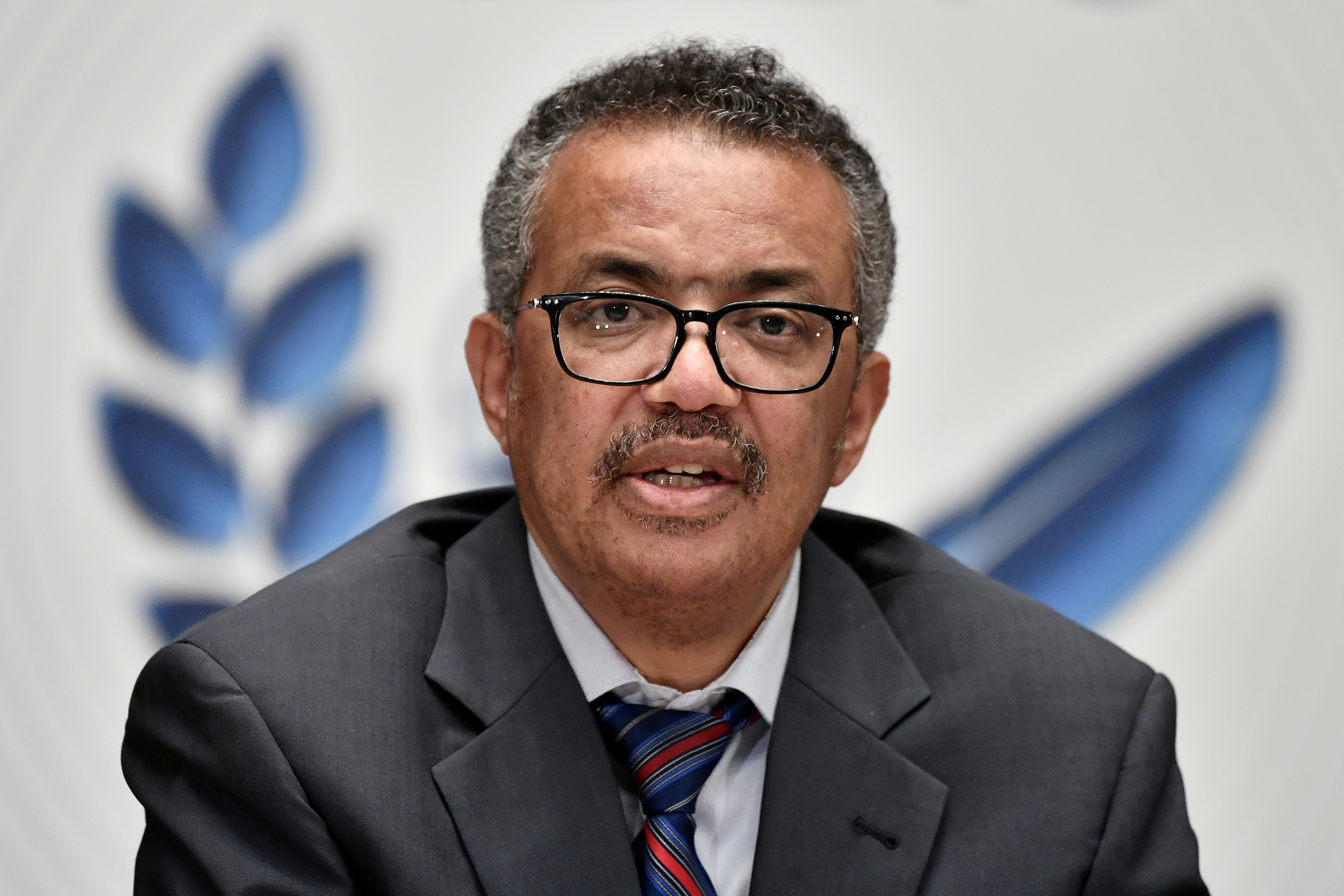 And the intelligence community allowed itself to be guided by "politics, hesitation and bad advice", giving China an ample opportunity to pull off its alleged cover up.

EcoHealth Alliance director Dr Peter Daszak, who was a key critic of the lab leak theory and was closely linked to WIV, and top US medical advisor Dr Anthony Fauci, who still serves with Biden, both have key questions to answer – says Markson.

Meanwhile, US President Donald Trump was an early high profile backer of the lab leak.

Markson believes his loud support for it during an election year meant people felt they had to go against him for political reasons as Biden's campaign gathered steam.

Her books lays out the dossier of evidence which appears to suggest a lab leak – such as a spending spree by WIV on security gear and a new coronavirus testing machine.

The lab beefed up its security, replaced its air vents, and bought a new medical incinerator in the lead up to China confessing to the outbreak on December 31.

And as they were spending, the lab also deleted its virus database containing the genetic sequences of 22,000 coronaviruses – which remains lost.

Markson reveals reports of doctors who attempted to raise the alarm beingsilenced and tortured while the virus was circulating in China as early as October.

And in the book she presents scientists who believe the virus is covered in the fingerprints of potential genetic manipulation. 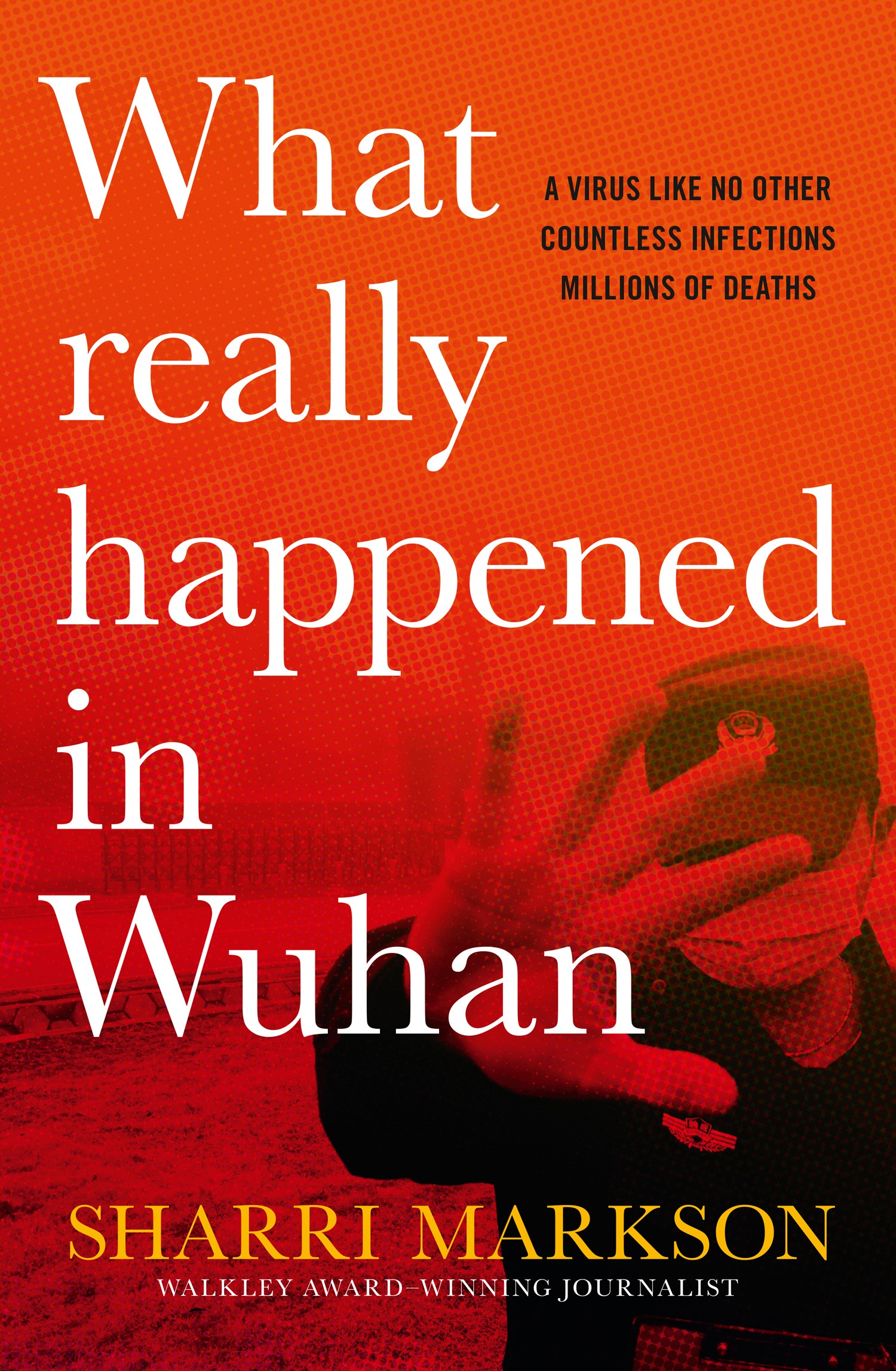