Beijing: The Chinese media has called Marise Payne's move from defence minister to the foreign affairs portfolio a signal that "Australia hawks" will have a bigger impact on foreign policy.

Tensions between the Trump Administration and Beijing have been rising as a trade war escalates, and China retaliates in-kind to billions of dollars in tariffs being imposed on Chinese goods. At the weekend, President Donald Trump accused China of halting cooperation on North Korean denuclearisation, which Beijing angrily denied.

China appears to be in two minds about how Prime Minister Scott Morrison’s ascension will affect the relationship.

The verdict on new Prime Minister Scott Morrison appears to be out in the Chinese media.

Australia-watchers have pored over Morrison's track record as treasurer, pointing out positive statements on economic and trade ties, but also his role in blocking some high profile Chinese investments in Australia on national security grounds. 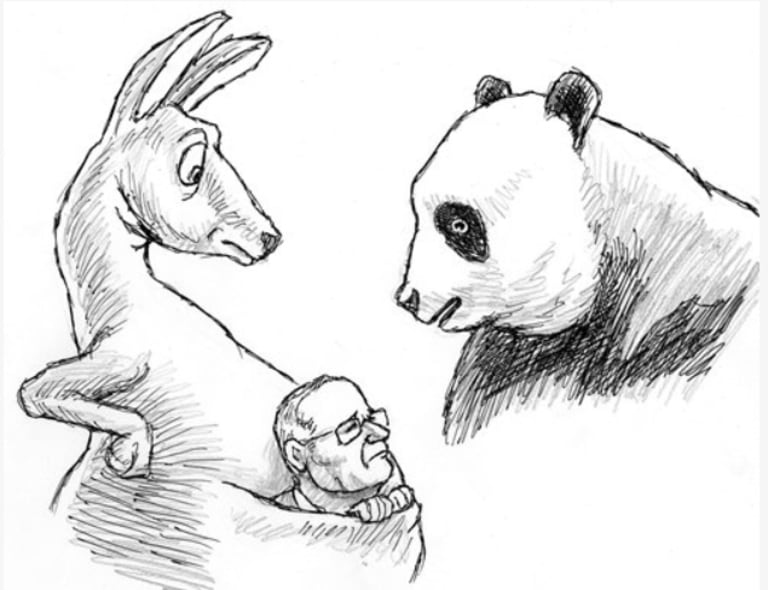 How China’s Global Times depicted the rise of Scott Morrison.

Chen Hong, the director of the Australian Studies Centre at East China Normal University, wrote in an opinion piece for The Global Times that Malcolm Turnbull's legacy had "set a new precedent of antagonism toward China".

Chen said Morrison had "repeatedly denounced economic isolationism and populism, and championed more positive engagement with China" and he would "hopefully break the diplomatic ice by visiting China".

November's APEC summit and G20 are the most likely venues for Morrison to meet the Chinese leaders.

The Institute of World Economics and Politics researcher, Xu Xiujun, told a state website The Paper that Morrison was a "pragmatic politician" who had expressed his desire to promote China-Australia relations as treasurer.

But The Paper reported there were "twists and turns" in the investment relationship, as Morrison blocked a Chinese company from buying the massive Kidman pastoral property or bidding for the NSW power company Ausgrid on national security grounds, yet approved a Chinese company buying Australian Tasmanian Land Company.

Zhou told The Global Times that Morrison and Payne are hawks on China.

It was Morrison who had announced the Australian government's decision to block Huawei from the 5G network, which the Chinese government has slammed as "wrong".

As a former treasurer, Morrison would attach importance to Sino-Australian economic relations, the newspaper reported. "But it does not rule out that the Morrison government will continue to criticise China to attract people's hearts," Zhou said.

The United States is Australia's security ally, while China is Australia's largest trading partner. The diplomatic relationship between China and Australia had frozen under the Turnbull government, and was showing the first signs of thaw after a recent "reset speech" by Malcolm Turnbull at the University of NSW.