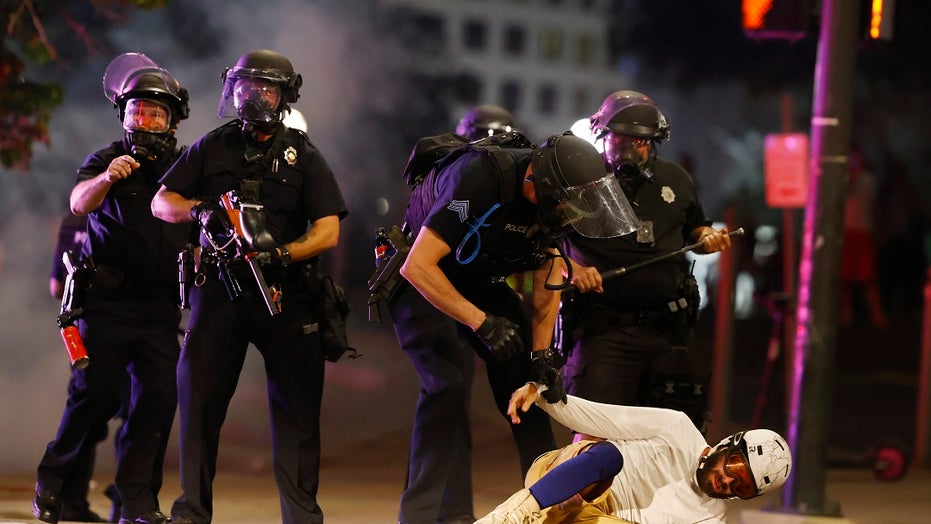 A Colorado jury on Friday awarded a $14 million judgment to 12 protesters after finding Denver police officers violated their constitutional rights amid chaotic demonstrations in 2020 over police brutality and racial injustice.

Jurors found Denver violated the First and Fourth Amendment rights of protesters, who claimed police officers injured them during the gatherings that were sparked by the death of George Floyd, the Denver Post reported. They heard testimony about the alleged failure of police to coordinate during the law enforcement response during the three-week civil trial. 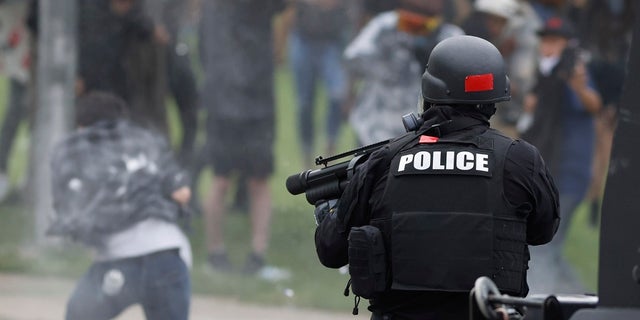 FILE – In this May 30, 2020 photo, a Denver police officer shoots a pepper ball toward a man as he retreats during a protest outside the State Capitol over the death of George Floyd in Denver.
(Photo/David Zalubowski, File)

The 12 plaintiffs were injured with bean bags and pepper-sprayed during several days of gatherings in downtown Denver. At the end of the trial, attorneys asked the jury to award $17.5 million in damages.

“I think we established that when there are people committing acts of violence, what the police should do is take action against those people.  What you can’t do is take it out on the peaceful protesters,” Tim Macdonald, attorney for seven plaintiffs, told Fox News. “The acts of violence against peaceful protesters by the police were so extensive, I think that’s what persuaded the jury.

He added that the city never presented evidence or argued that the plaintiffs had acted violently.

“The Denver protests in the aftermath of George Floyd’s murder were unprecedented – the city had never seen that level of sustained violence and destruction before,” the Denver Department of Public Safety said in a statement to Fox News. “We were prepared for a worst-case scenario, but we weren’t fully prepared for what transpired.” 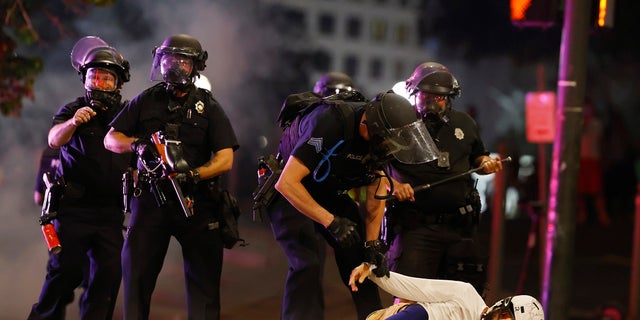 Denver Police Department officers clear a man who fell to the street after they used tear gas and rubber bullets to disperse a protest outside the State Capitol over the death of George Floyd on May 28, 2020, in Denver.
(AP Photo/David Zalubowski, File)

The agency said it recognizes “some mistakes were made” and that all officers have received additional training on crowd control response and rapid deployment tactics.

High-ranking officers testified about the police department’s response, with some saying it was difficult to discern who was throwing projectiles or causing property damage.

“In 40 years I never saw such anger against police,” Patrick Phelan, the now-retired Denver police commander who oversaw protest response, said during his testimony, the Post reported.

One plaintiff claimed she was bruised during protests and was targeted by police for recording them with her cellphone, Fox affiliate KDVR reported.

“It shouldn’t be a weapons-first policy against peaceful protesters by the police and unfortunately, at least in significant respects, that is what happened here,” Macdonald said. 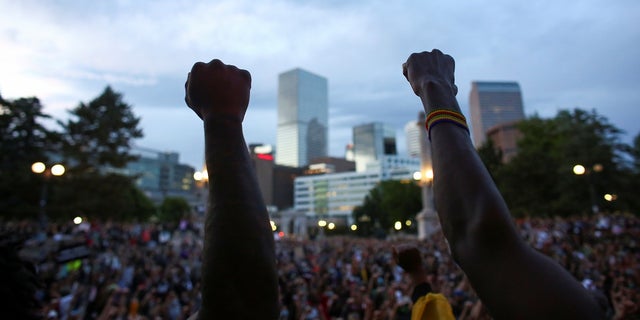 Demonstrators raise their fists at a protest against racial inequality in the aftermath of the death in Minneapolis police custody of George Floyd, in Civic Center Park, Denver, Colorado, U.S., June 3, 2020.
(Reuters/Kevin Mohatt)

Denver has already paid out $1.3 million tied to lawsuits over protests.