Truthers even say an "absence of soot" inside the country's pyramids and temples is more evidence they were never lit by traditional fires. 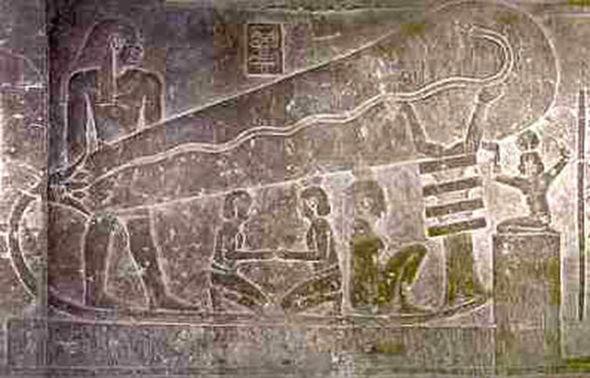 Their wild theories are based 4,000-year-old wall carvings inside the Temple of Dendera which they say "show" Egyptians using what they believe is electricity.

Some even say the use of the modern power source – "passed to them by time travellers or aliens" – is the reason why the artists were able to produce the hieroglyphs in the first place.

The single-minded theorists say although flame torches are convenient, they need an opening for the smoke to escape and keep people from suffocating to death.

Many crevices in pyramids and other ancient buildings do not have this opening, so the hieroglyphs there would have to be drawn with a different light source illuminating the walls. 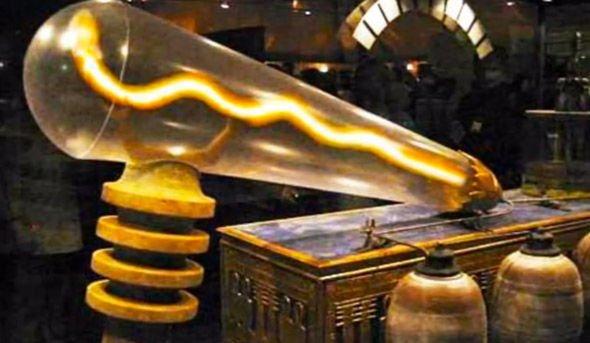 And later reconstructions did prove that the device depicted in the carvings was capable – in theory – of creating electricity. 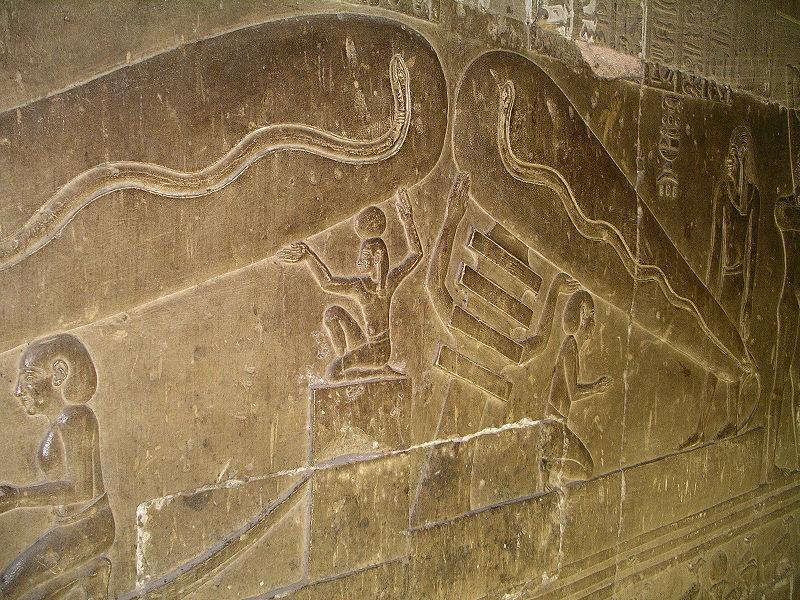 In a documentary on the YouTube channel 'Strange Mysteries', one theorist said: "Hieroglyphs depict the ancient Egyptians using electricity with a light bulb..

"How could electricity have existed over 4,000 years ago?"

He adds that inside the temple of Dendara: "Lies some fascinating hieroglyphic pictures on the wall, pictures that uncannily point to the Egyptian’s using electricity.”

Amazingly, scientists have found real evidence that ancient peoples may have experimented with electricity, reports the Express.

In 1936, a clay pot was discovered that suggests that the first batteries may have been invented over 2,000 years ago. The clay pot contained copper plates, tin alloy, and an iron rod.

It could have been used to create an electric current by filling it with an acidic solution, like vinegar.

No one knows what the device was used for, but it sheds some light on the fact that people may have been learning about electricity long before  Humphry Davy invented the first electric light in 1802.