Bolivia’s capital La Paz was rocked by violent clashes overnight as buildings set on fire in apparent retaliatory attacks following the resignation on Sunday evening. Mr Morales said he would step down after facing pressure following a report from the Organization of American States (OAS), which was released early on Sunday saying the October 20 election should to be annulled and a new vote held after it had found “clear manipulations” of the voting system that called into question. Bolivia’s legislative assembly has now received the resignation letter from Mr Morales after the leftist leader announced that he would step down on Sunday, an official at the Vice Presidential office confirmed on Monday.

After the resignation was announced, the Labour leader quickly condemned the “appalling” decision.

Mr Corbyn wrote on Twitter: “To see Evo Morales who, along with a powerful movement, has brought so much social progress forced from office by the military is appalling.

“I condemn this coup against the Bolivian people and stand with them for democracy, social justice and independence.”

But Mr Corbyn’s words did not go down well online. 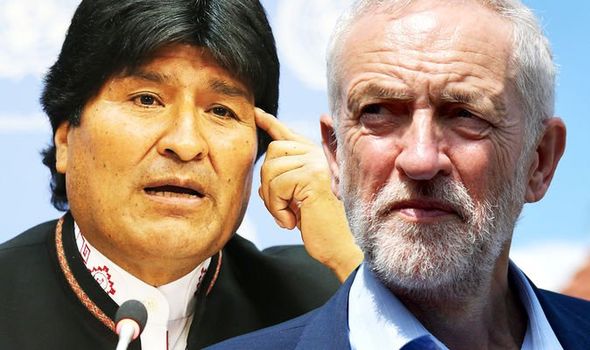 “The fact that The Organisation of American States refused to certify the election results after finding “clear manipulation” should be enough for anybody to ask questions about the validity of the democratic process.

“But as ever, not Jeremy Corbyn.”

Bolivia’s military chief had spoken on television on Sunday to call for Mr Morales to quit. 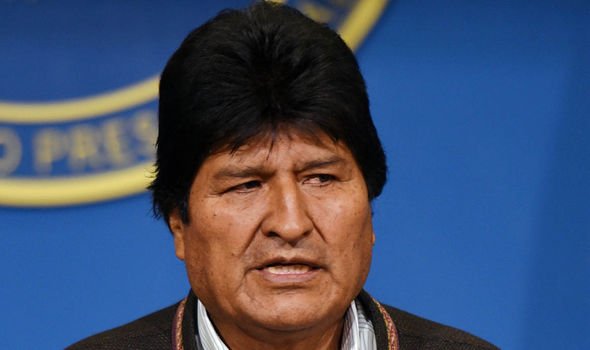 In his TV appeal, General Williams Kaliman said: “After analysing the situation of internal conflict, we ask the president to resign, allowing peace to be restored and stability to be maintained for the good of our Bolivia.”

Juan Carlos Huarachi, leader of the Bolivian Workers’ Centre, added Mr Morales should stand down if that would help end recent violence.

He said: “If it means resigning to bring peace to the Bolivia people, then Mr. President we should do it.”

Mr Morales, who came to power in 2006 as Bolivia’s first indigenous leader, had defended his election win but said he would adhere to the findings of the OAS audit. 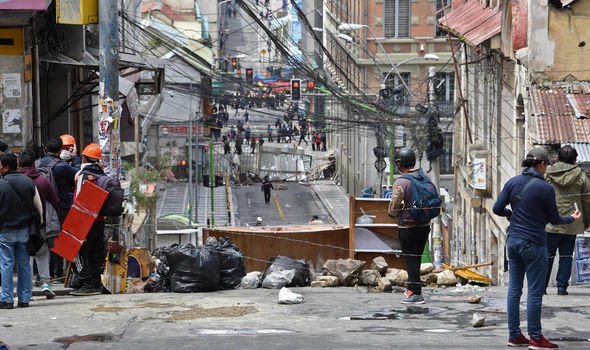 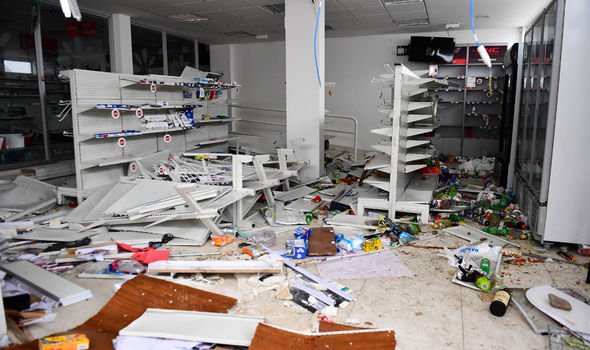 The preliminary OAS report said: “The manipulations to the computer systems are of such magnitude that they must be deeply investigated by the Bolivian State to get to the bottom of and assign responsibility in this serious case.”

“The first round of the elections held on October 20 must be annulled and the electoral process must begin again,” the OAS added in a separate statement.

Only 24 hours after the preliminary count stopped, the government released updated results showing they had counted 95 percent of the vote.

Concerns were raised about a day-long gap in reporting results from the poll, before there was a spike in votes for Mr Morales. 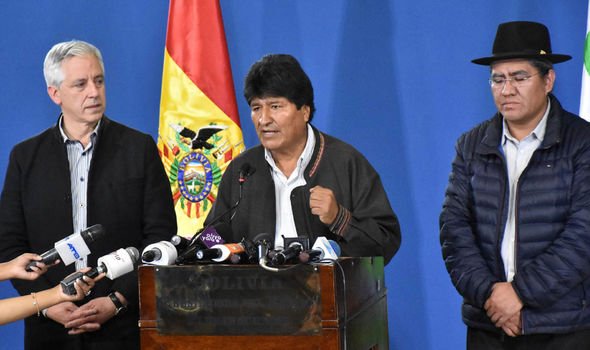 Final results claimed Mr Morales had 47.08 of the vote, just over 10 points more than his closest rival, former President Carlos Mesa, who was on 36.51 percent.

The 10 point difference meant the President would not need to compete in a runoff, which added to the claims Mr Morales’ party manipulated the results.

Other South American countries have since defended Mr Morales.

Argentina’s President-elect Alberto Fernandez declared Mr Morales’ decision to step down was the result of a “coup” against a President who “called for a new electoral process.”

Venezuelan President and close ally of Mr Morales Nicolas Maduro said on Twitter: “We have to take care of our brother Evo Morales.

“We must declare a vigil in solidarity to protect him.”