A couple who met when they were stranded in Newfoundland by the 9/11 terror attacks are celebrating 20 years together.

Nick Marson, 72, and his now-wife Diane, 80, said they will never forget the kindness shown to them by strangers during the tragedy and said it has made them better people.

They were flying from London Gatwick to Houston, Texas, when their flight, along with dozens of others, was redirected to Canada on September 11, 2001. 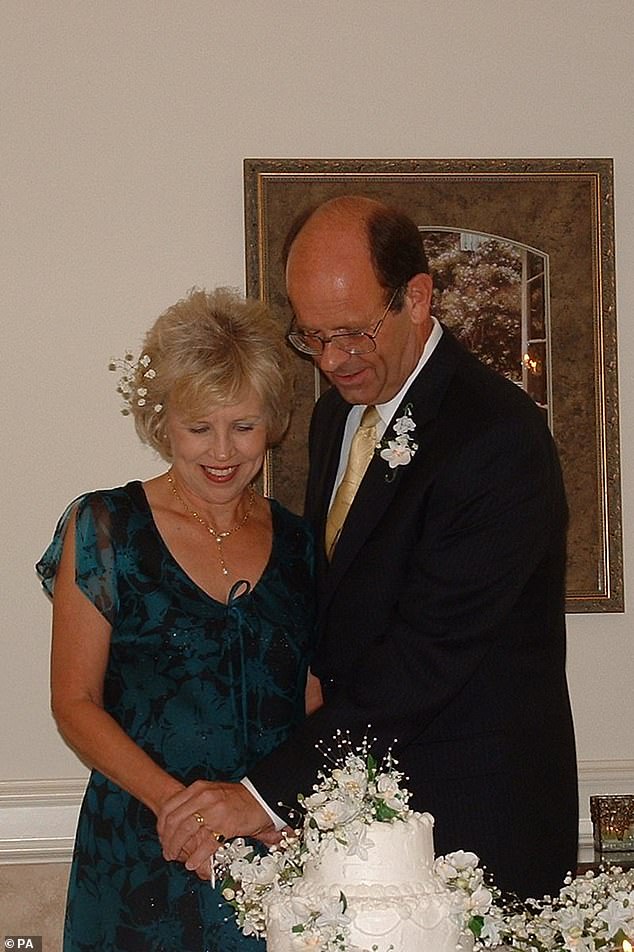 Nick Marson, 72, and his now-wife Diane, 80, met when they were stranded in Newfoundland by the 9/11 terror attacks 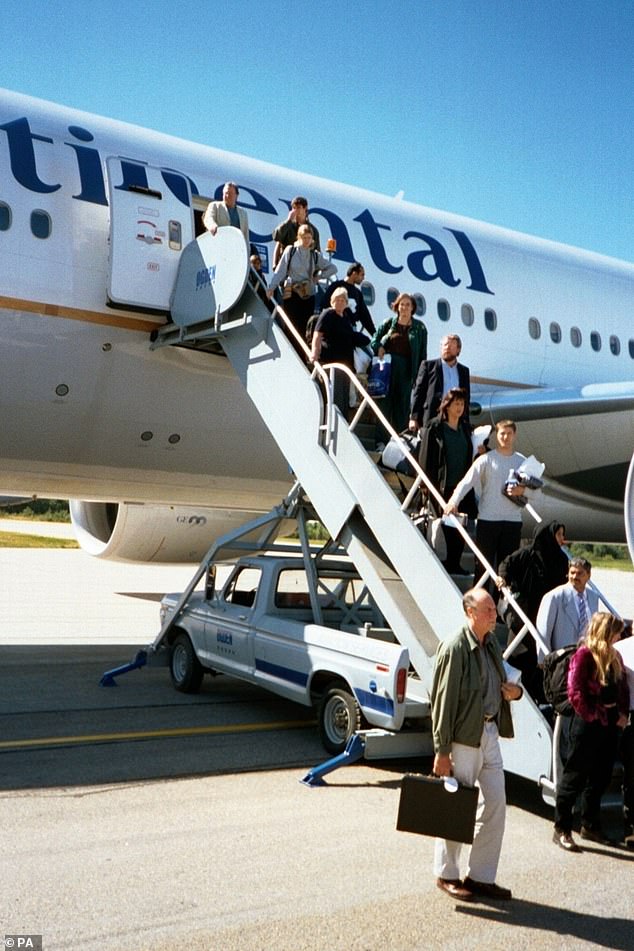 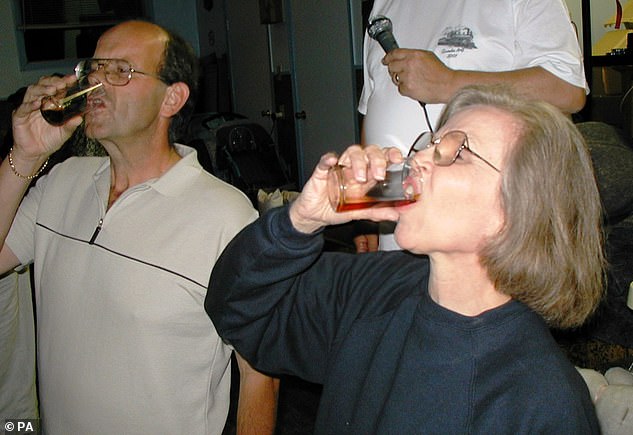 They said the experience, which saw them stranded in Canada following the 9/11 attacks has made them better people. Pictured: The couple taking part in a tradition screech ceremony 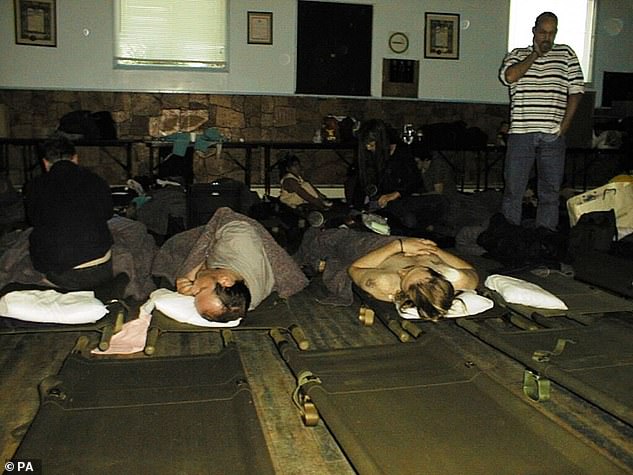 They were flying from London Gatwick to Houston, Texas, when their flight, along with dozens of others, was redirected to Canada on September 11, 2001. Picture: Passengers sleep in Society of United Fisherman hall where displaced plane passengers stayed

The couple were two of the 7,000 people that landed in Gander, a rural town in Newfoundland with a population of just 10,000, after US airspace closed in response to the hijacking of flights.

The townsfolk scrambled to welcome the arrivals, who they dubbed ‘the plane people’, and offered them shelter, clothes and food.

They even inducted them into their community as ‘honorary Newfoundlanders’ in a local tradition known as a ‘Screech-In’.

Twenty years on from landing in Canada, the Marsons have described how the experience changed them. 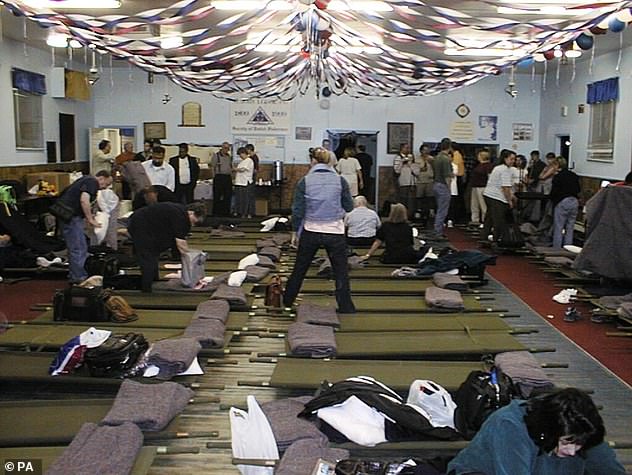 The couple were two of the 7,000 people that landed in Gander, a rural town in Newfoundland with a population of just 10,000 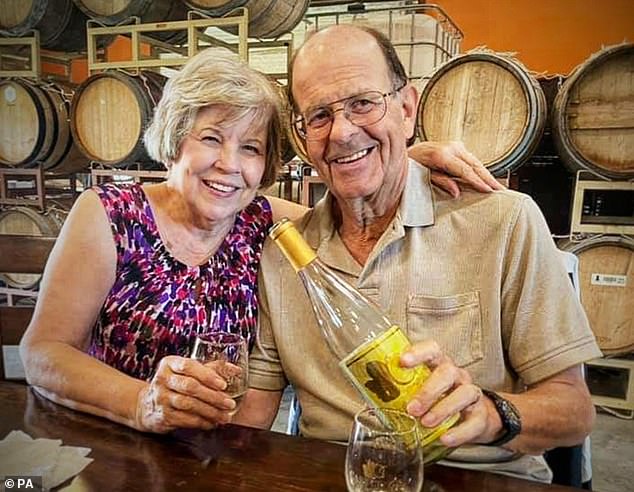 The townsfolk scrambled to welcome the arrivals, who they dubbed ‘the plane people’, and offered them shelter, clothes and food. Pictured: The couple celebrate Diana’s 80th birthday in August 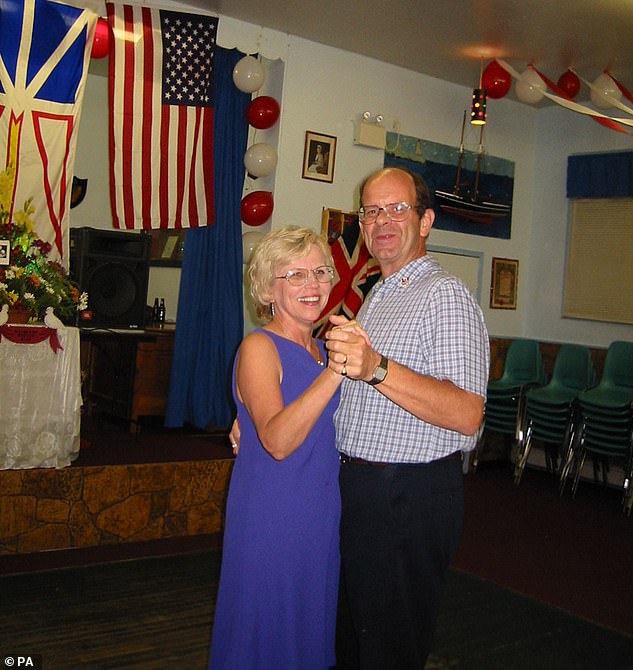 Twenty years on from landing in Canada, the Marsons have described how the experience changed them. Pictured: The couple at their wedding reception in Gambo in 2002 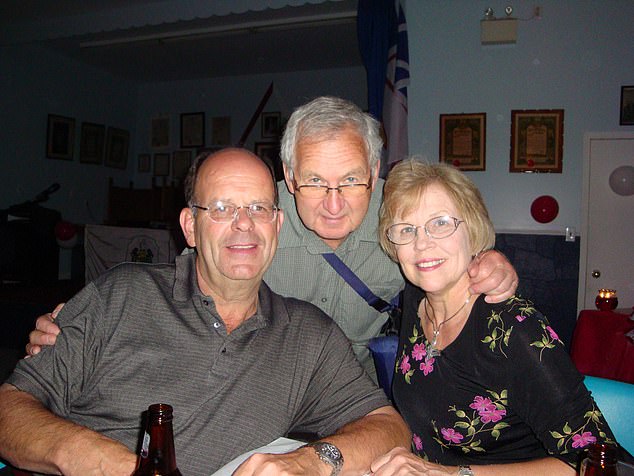 The pair reflected on how the experience changed them as people. Pictured: Diane and Nick Marson with the Mayor of Gambo, Lloyd Noseworthy

Mr Marson said: ‘I think it’s made me a better person. I try to be my best self every day, be happy, make other people happy and make them laugh.

‘We need a world full of Newfoundlanders right now because there’s a lot of tension everywhere. People are shooting each other, it’s ridiculous.

‘They need to get a helping of Newfoundlander [attitude] and be nice and smile, be their best self and think about the other person.’

Mrs Marson added: ‘You never know what the other person is going through. Give them a little leeway.’ 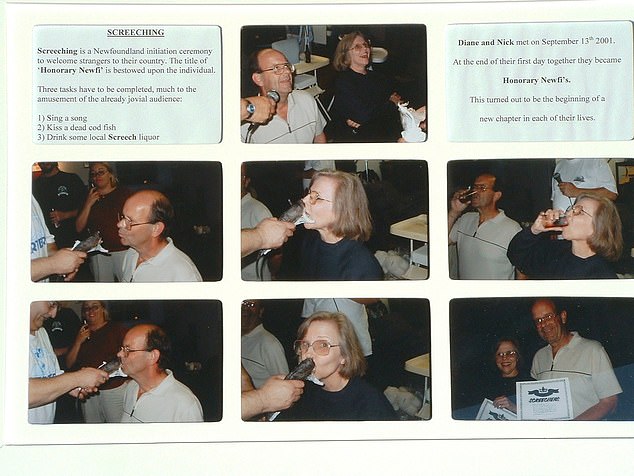 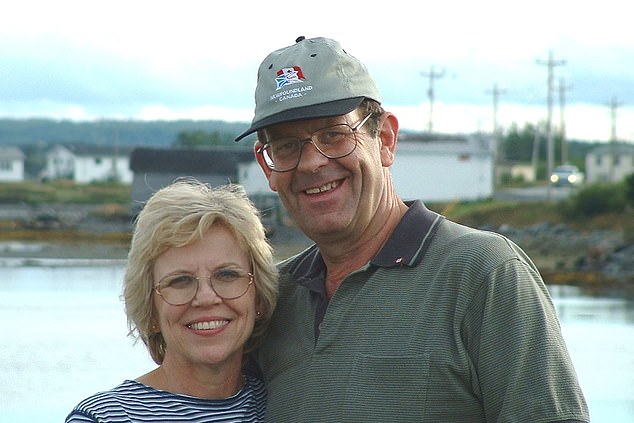 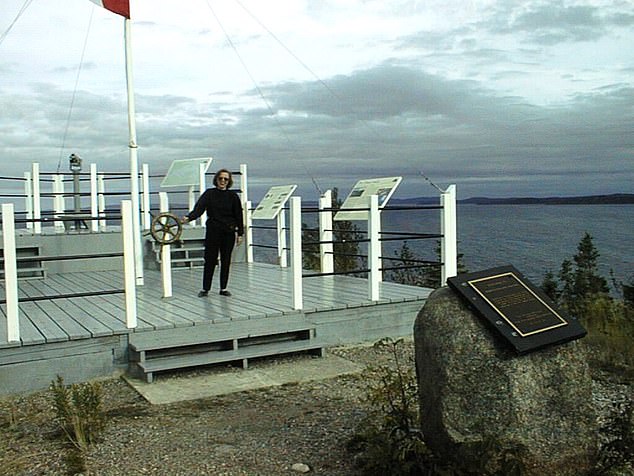 Diane posed for a picture at Dover Fault on September 13, 2001 – the first picture Nick took of her

Mr Marson, a former British product engineer, and the-then Ms Kirschke, a former fashion buyer, met in a shelter in the town and bonded during their five-day stay.

Operation Yellow Ribbon was commenced by Canada to handle the diversion of civilian flights during the September 11 terror attacks.

The operation saw aircraft ground in various spots across the country, including Nova Scotia, Newfoundland and Labrador, British Columbia and Yukon.

It was hoped by doing so any more potential threats could be contained and neutralised.

None of the aircraft proved to be dangerous and thousands of passengers were left stranded in Canada until the US airspace reopened on September 13.

Prior to landing, most pilots did not inform their passengers of the attacks to avoid fear and panic. In some cases even the pilots were unaware.

They later flew back to their respective homes in the Cotswolds, Gloucestershire, and Houston, Texas, before Mr Marson proposed on the phone two months later.

He moved to the US soon afterwards and the couple married on September 7, 2002 and had their honeymoon in Newfoundland.

Their relationship has now been immortalised in the musical Come From Away, a Tony and Olivier award-winning show which documents the landing of the 38 planes in Gander.

They have kept in touch with those who helped them and hope to go back again to the town next year for a 10th time to mark their 20th wedding anniversary.

Mr Marson said: ‘It only seems like a few weeks or maybe a couple of years ago since 9/11 happened. The thing that keeps it fresh in our minds is the show.’

Mrs Marson added: ‘It doesn’t seem like it’s been 20 years since we’ve met. It’s gone by in the blink of an eye. When we watch the show it reminds us of how we met and how exciting it was.’

Despite the couple’s joy at finding love in an unlikely place, they refused to discuss their story with people outside of their circle for several years due to survivor’s guilt.

Mr Marson said: ‘We thought, “Why should such a wonderful thing happen to us when nearly 3,000 families suffered a death in their family?”

‘For the longest time, we were not that comfortable with that idea and we wouldn’t talk about it…even now, [the tragedy] is still very raw.

‘It was only until Tom Brokaw’s documentary about Operation Yellow Ribbon in 2009 that we decided we would talk about it as a tribute to the people of Newfoundland.’

Outlining their future plans, Mrs Marson added: ‘We try to make the most of each day because in all reality, none of us know how long we have on this earth. We can all do something wonderful each day.’