Mother Frances Cabrini will get the respect — and the statue — she deserves, Gov. Andrew Cuomo announced Saturday night.

In a video address to the Columbus Citizens Foundation, Cuomo said that on Columbus Day, he will unveil a new statue honoring Cabrini.

The Post snapped pictures early Saturday of the Cabrini statue on a pedestal — covered in blue tarp in Battery Park City’s South Cove — waiting to be uncovered.

Cuomo stepped in to build the Cabrini statue with state funds when controversy erupted after City Hall failed to include the beloved patron saint of immigrants on the list of famous women to be honored with statues as part of first lady Chirlane McCray’s “She Built NYC” program.

The snub came even though Cabrini received the most nominations for a monument from the public.

Palminteri later apologized during a heated exchange with Mayor Bill de Blasio on the radio last year, but the actor persisted in arguing that excluding Cabrini just didn’t make sense.

The Cabrini statue will stand behind the Museum of Jewish Heritage, facing the sweeping views of the Statue of Liberty in New York Harbor.

Cuomo told the Columbus Citizens Foundation that the unveiling of the Cabrini statue will highlight New York’s Columbus Day celebrations, which were forced to go virtual because of safety protocols amid the coronavirus pandemic. 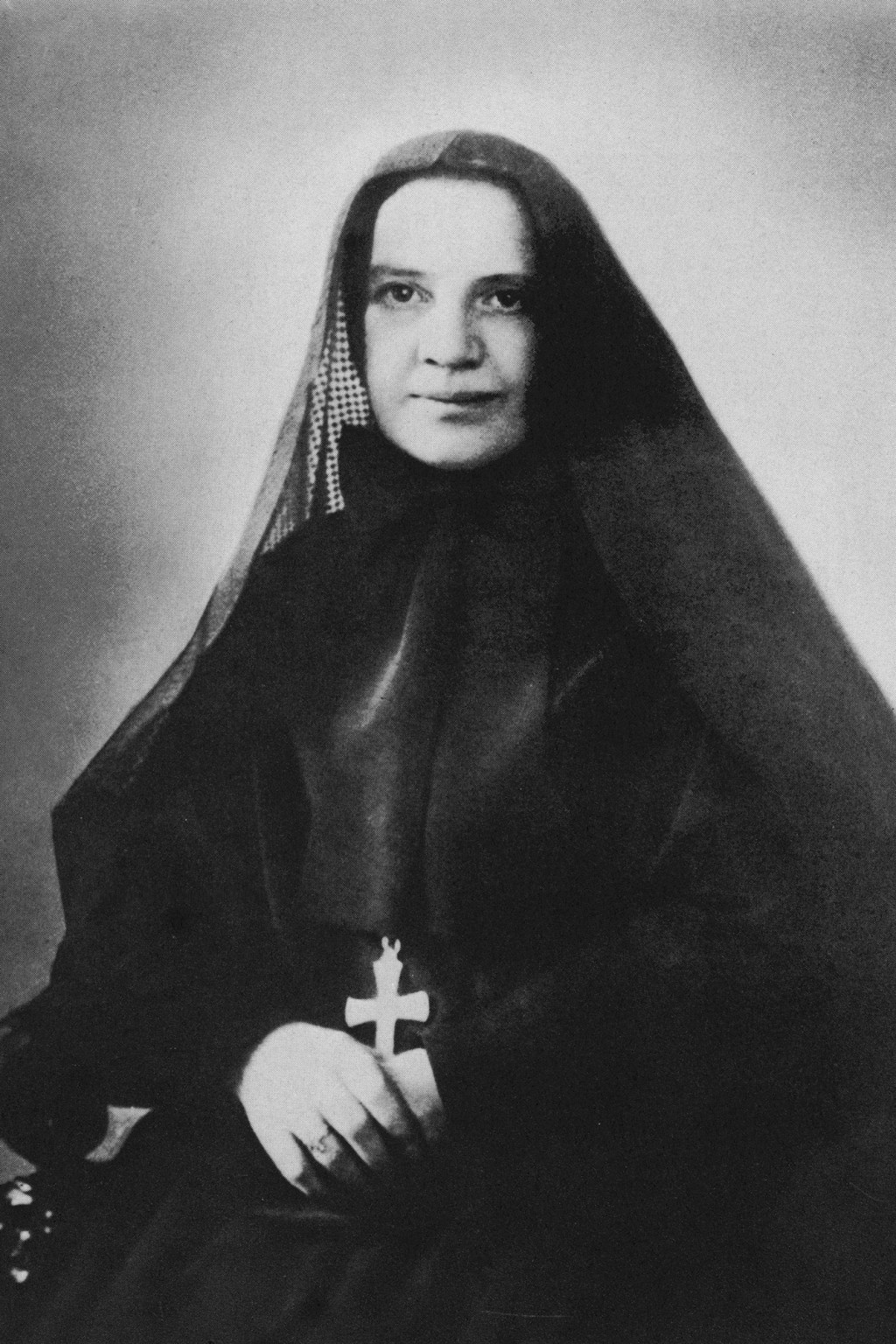 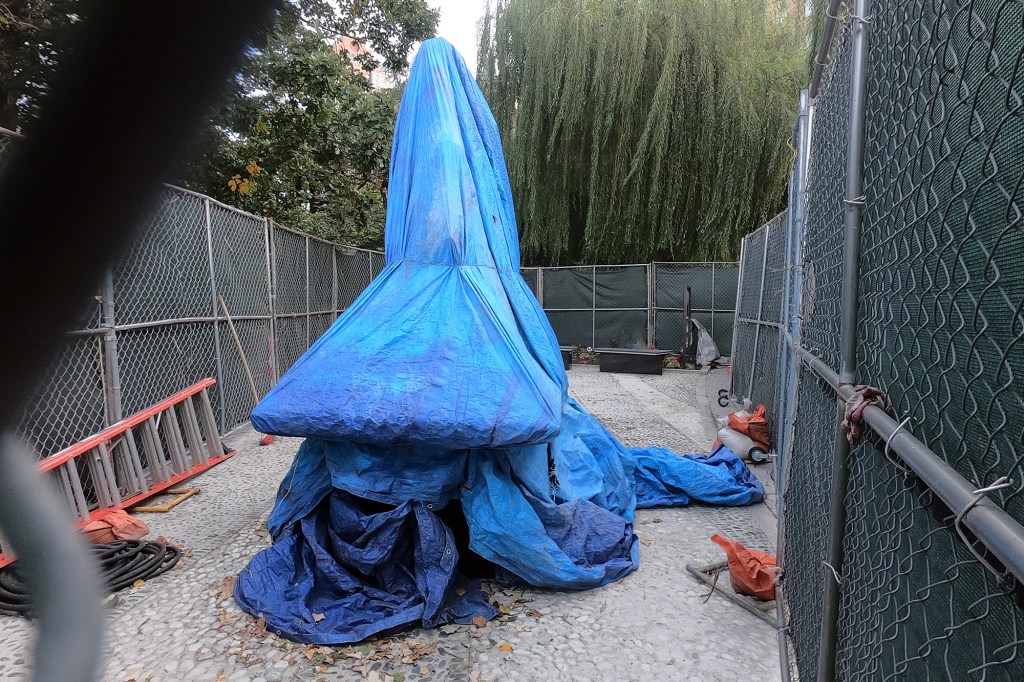 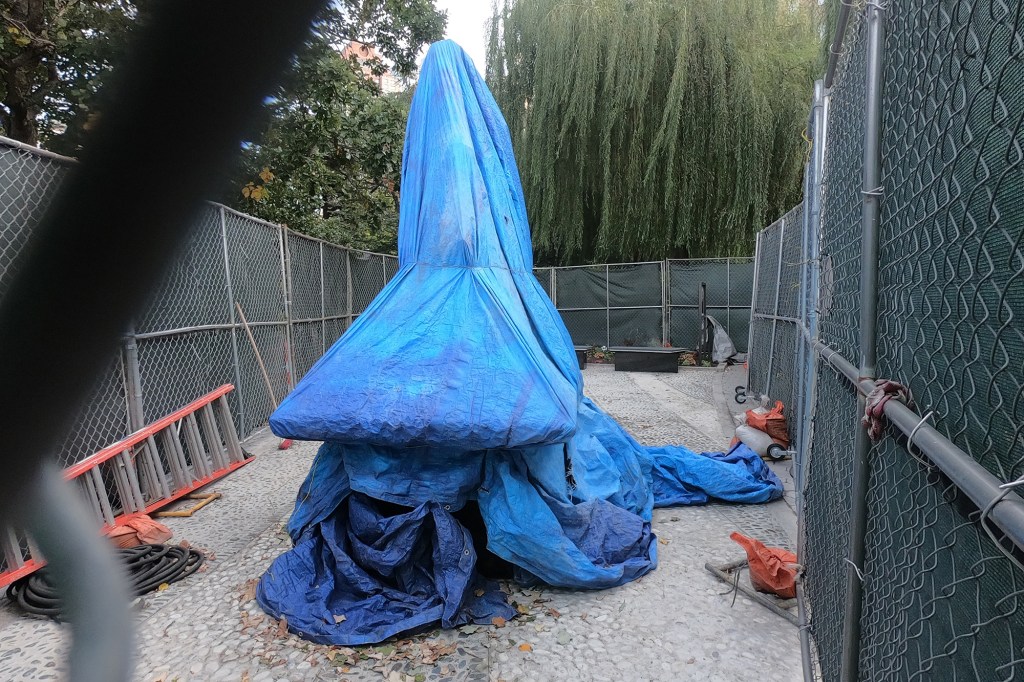