A RECORD-BREAKING tunnel of fire stunt almost ended in disaster after a daredevil motorbike rider was engulfed in flames.

The Indian Army's Captain Shivam Singh rode 127 metres through a tunnel of fire at the army's grounds in Bengaluru to set a new world record. 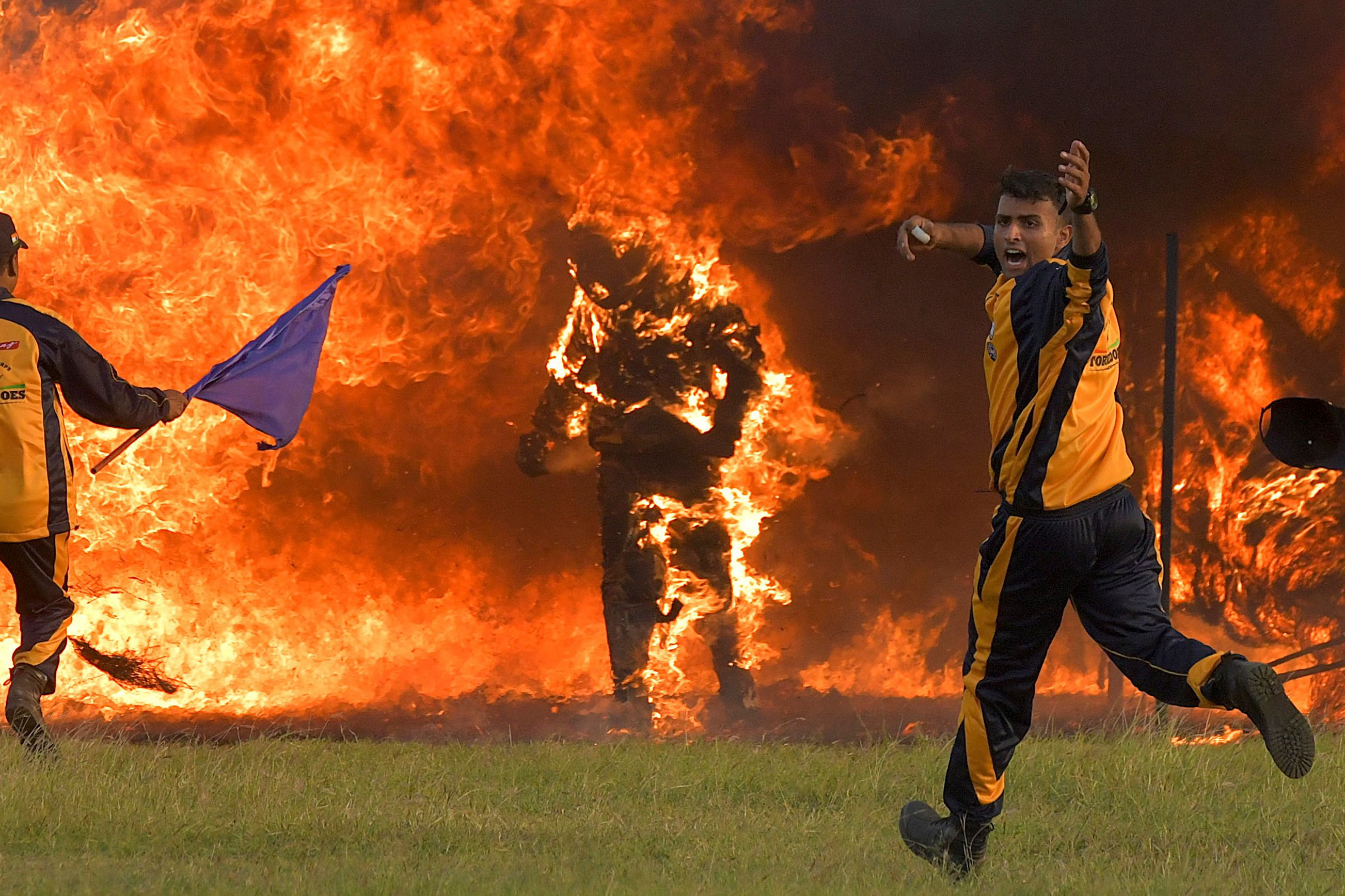 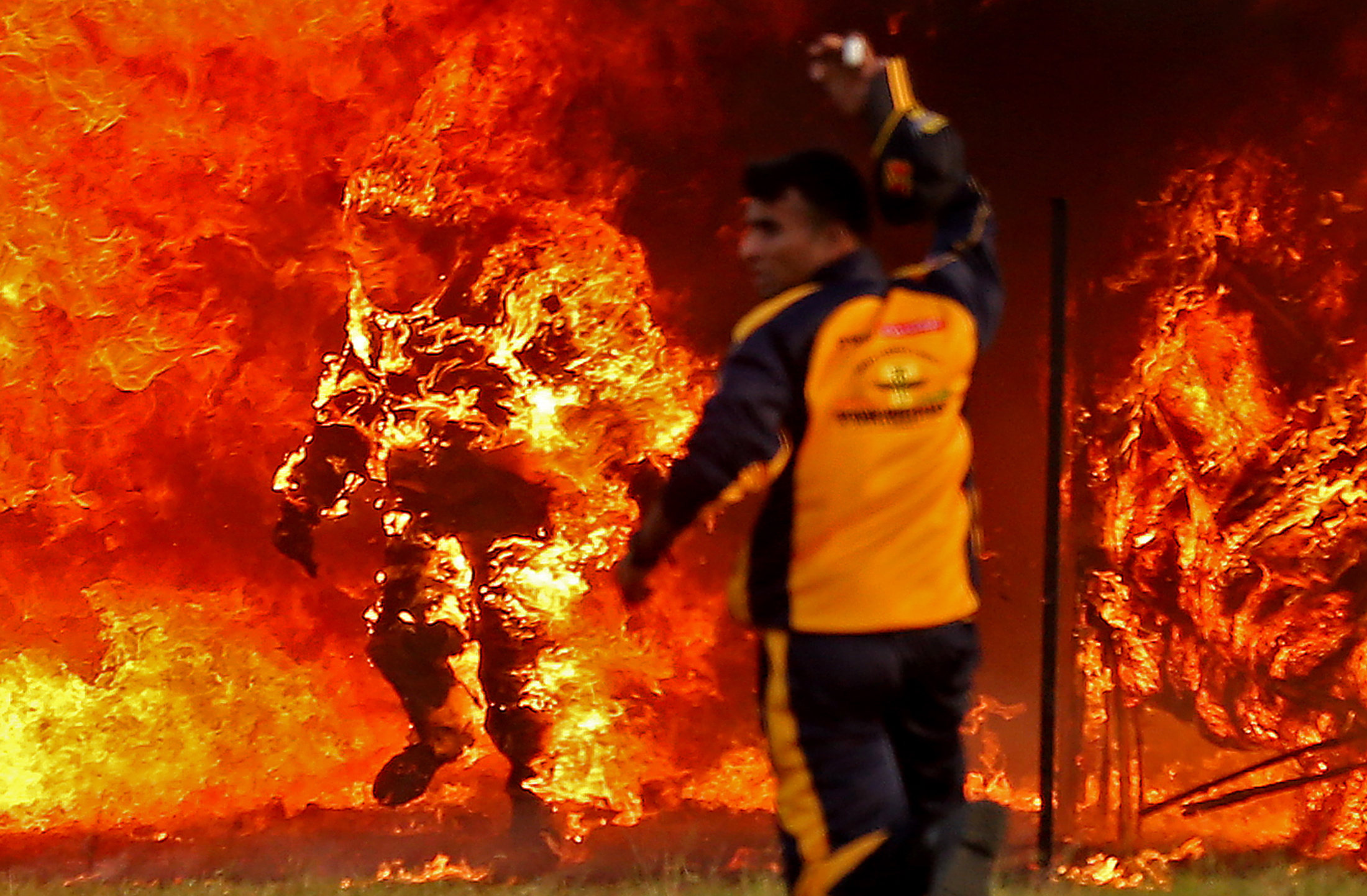 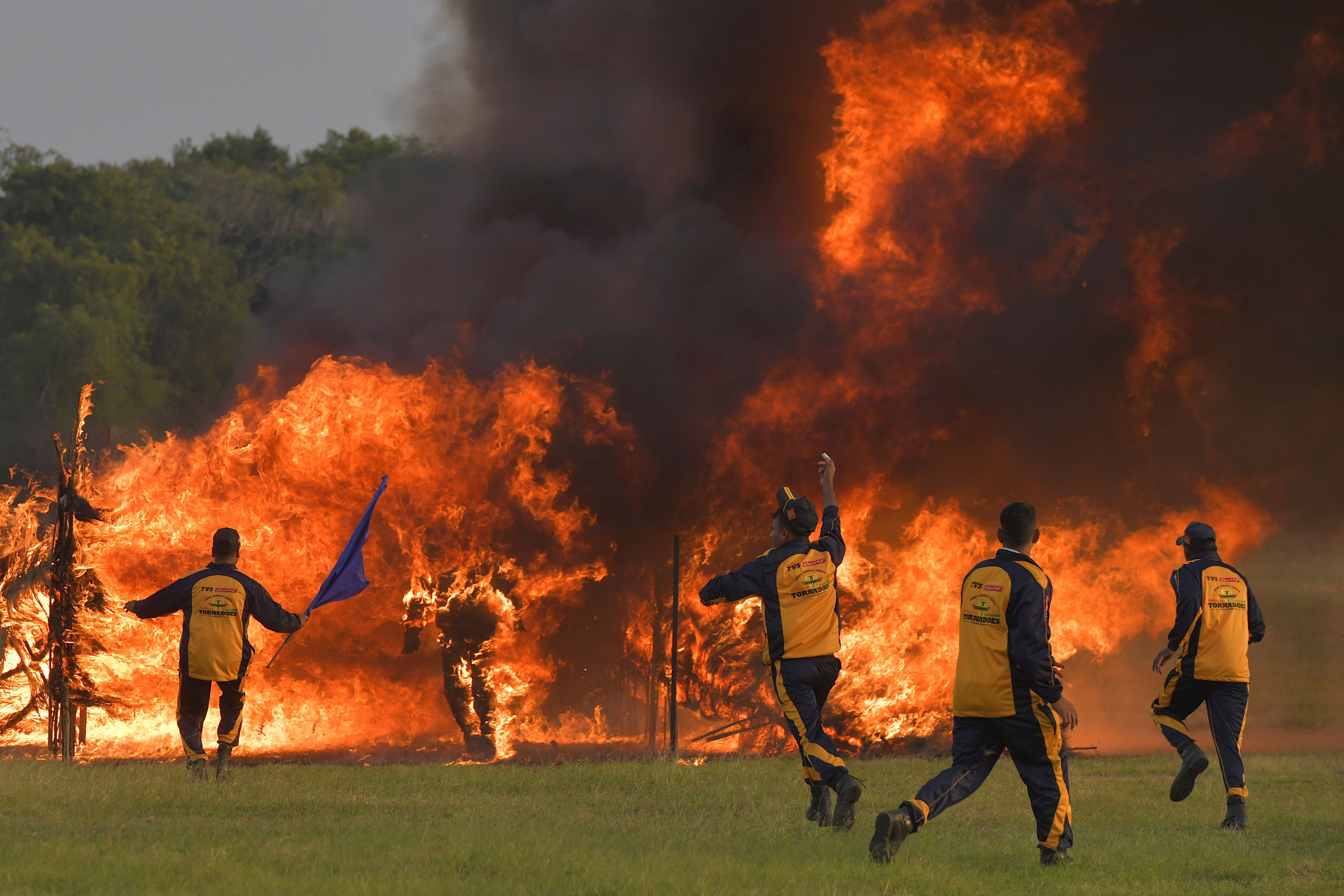 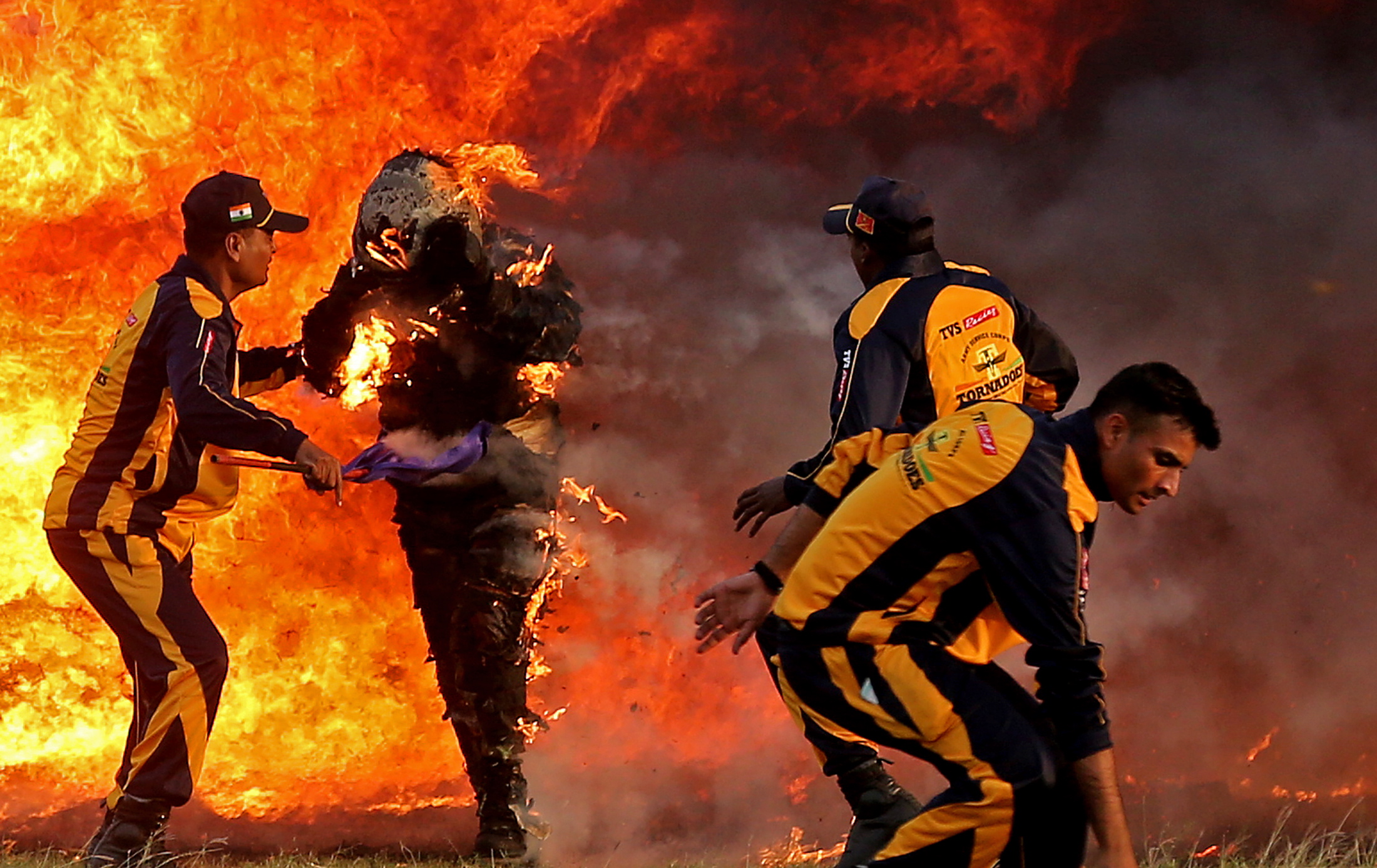 After the daredevil stunt, pictures show Captain Singh engulfed in flames as he emerges from the tunnel on foot, as his colleagues race towards him to extinguish the flames.

He suffered minor burns, but he was rushed to hospital in an army ambulance after completing the ride, Times Now News reports.

The motorbike was destroyed by the flames.

It is presumed Captain Singh was wearing a fire-proof suit – designed to protect firefighters.

Th official account of the Ministry of Defence in Bengaluru shared a video of the record-breaking ride showing the courageous motorcyclist entering the tunnel as it is set on fire.

The earlier record for the longest ride through a tunnel of fire was reportedly 120.7 metres, set by South Africans Enrico Schoeman and André de Kock in 2014. 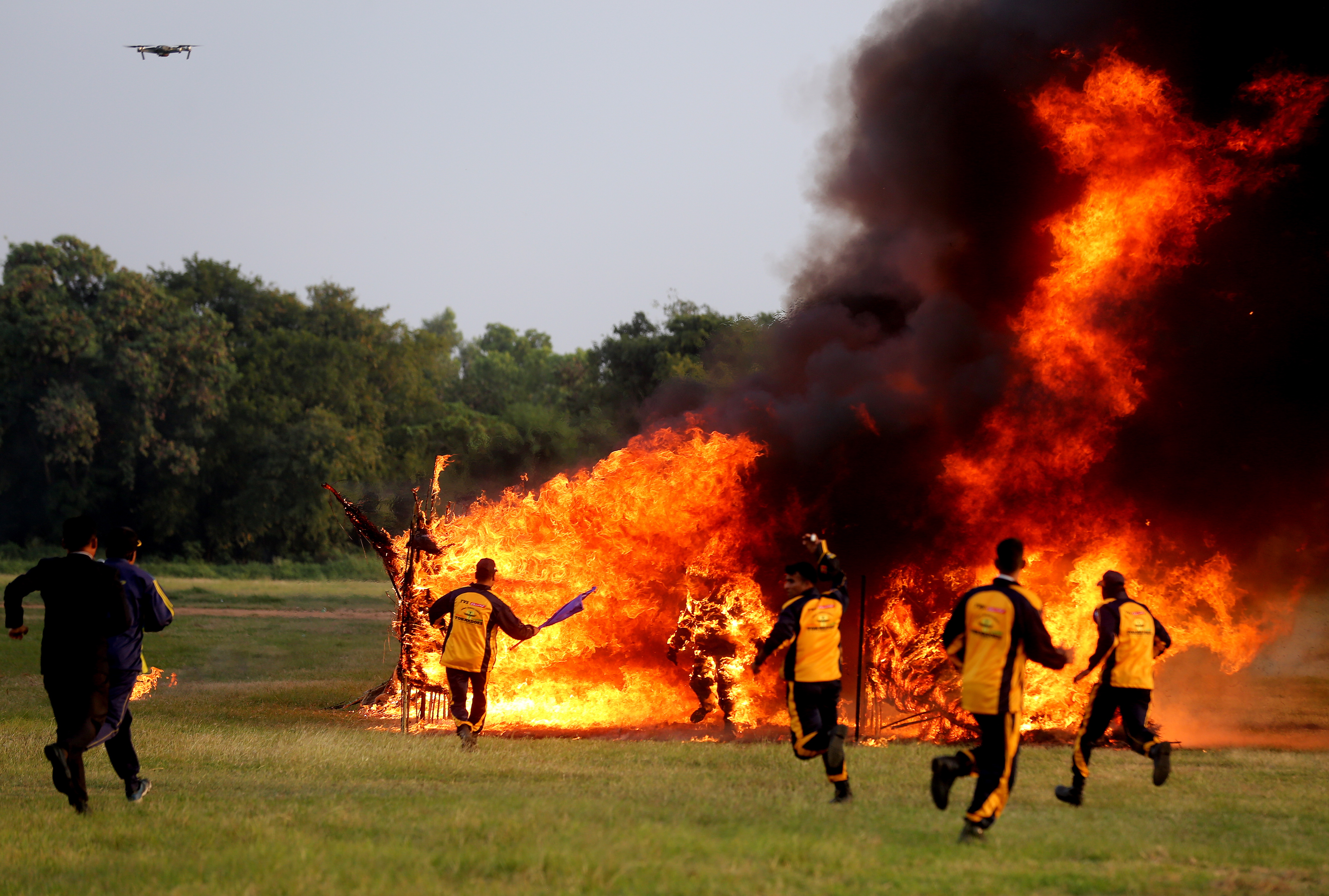 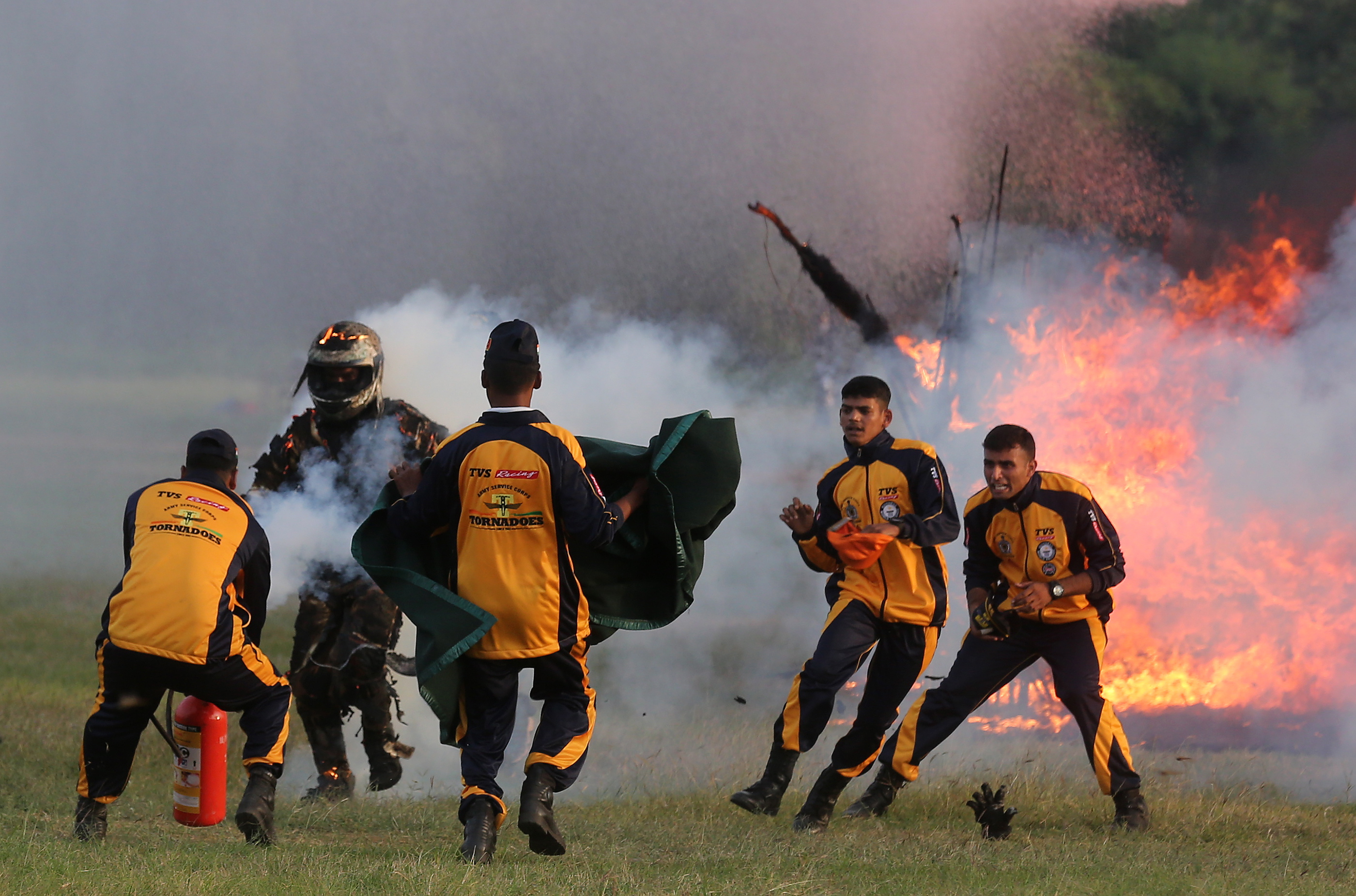 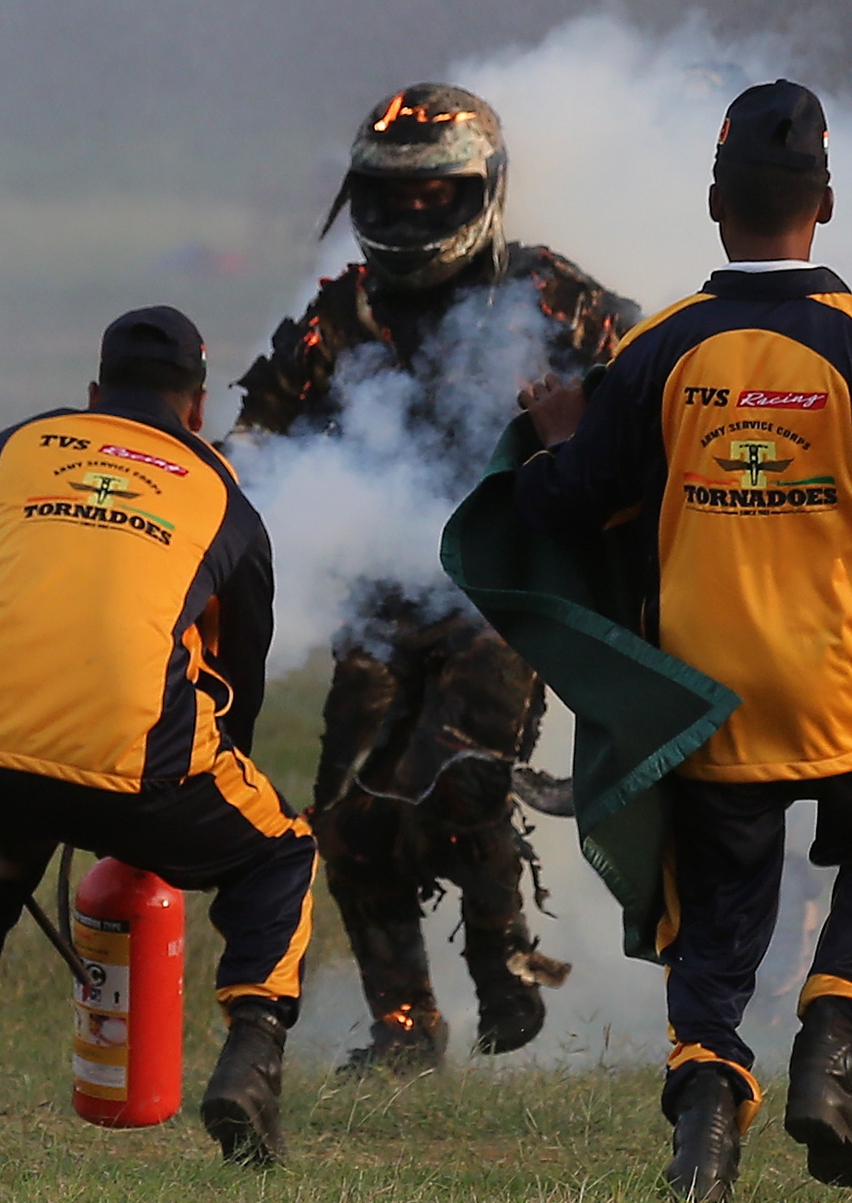 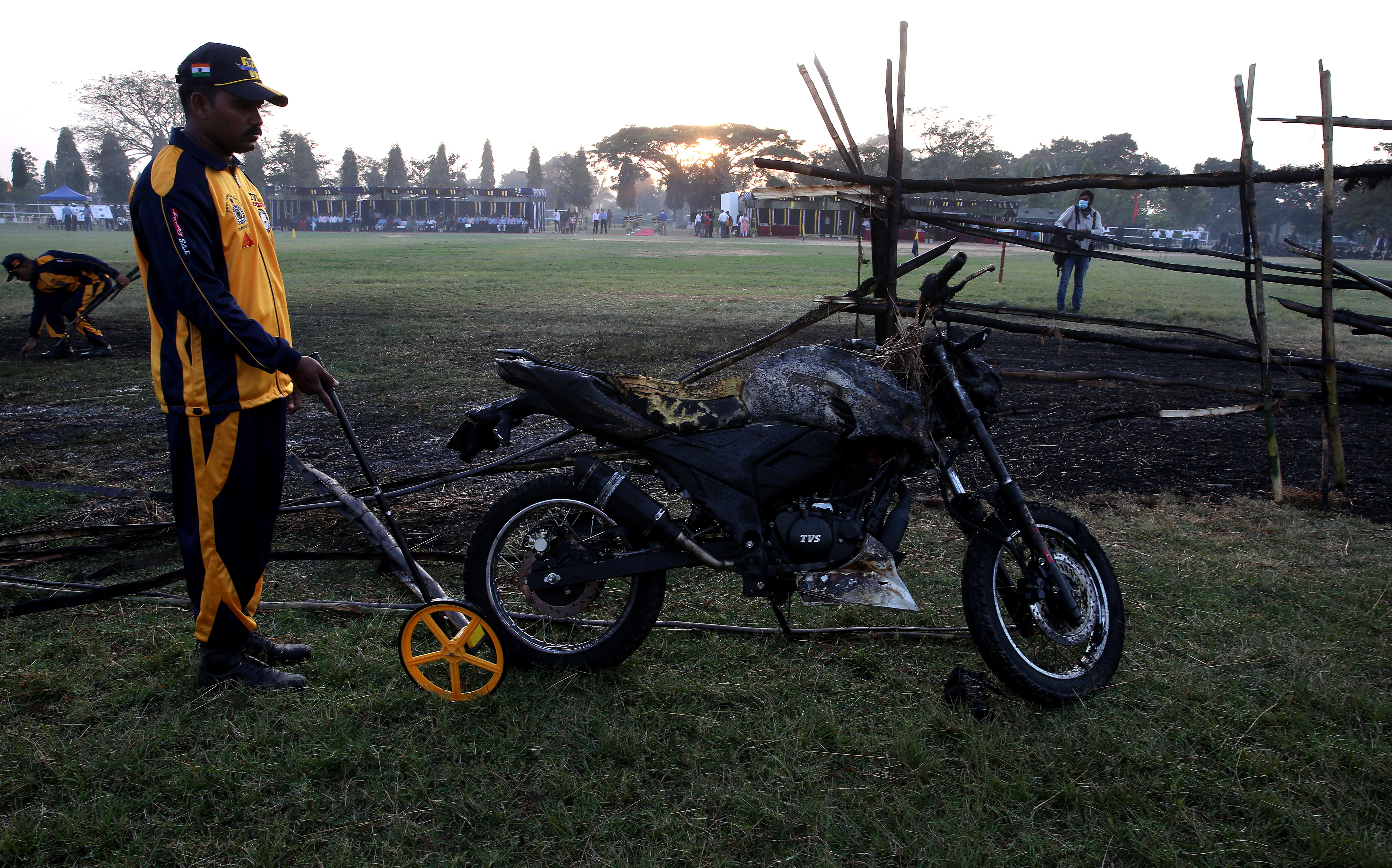 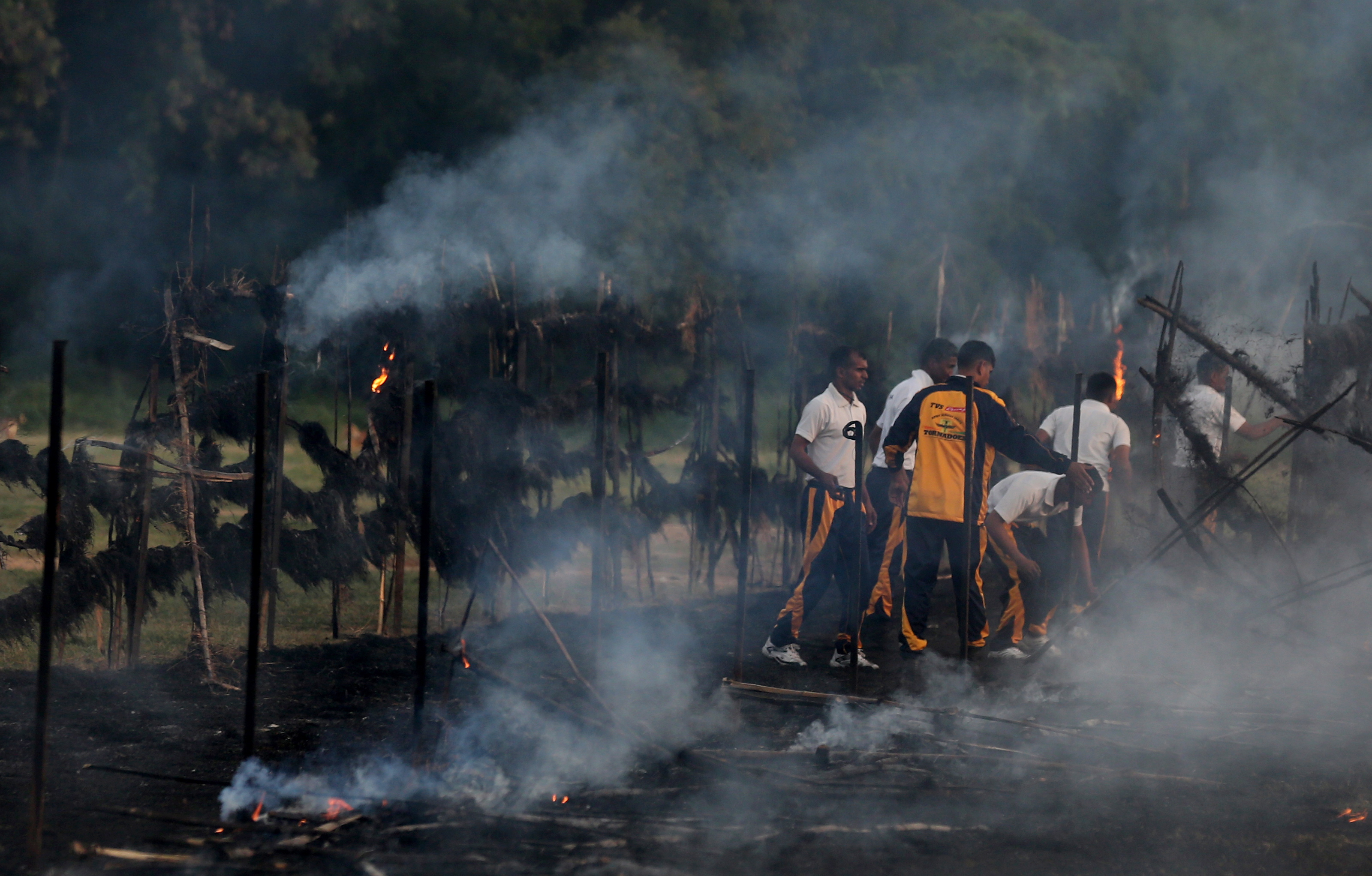 It's not the first world record set by the Indian Army's Tornadoes.

In 2017, the stunt group set a new world record after 58 men rode on a single motorbike.

Dressed in the colours of the Indian flag, the men flanked either side of the moving 500 cc Royal Enfield and rode 1.2 km at Yelahanka Air Force Station in Bengaluru.

According to local media, the stunt was performed for the Guinness Book of World Records, Limca Book of Records and Unique World Records.

It took the team three attempts to successfully pull off the stunt after rigorous training for six months.

The Tornadoes team was formed in 1982 and the team's name has been synonymous with the record-breaking stunts it performs.

The crew have performed more than 1,000 shows.

Clint Ewing, from the United States, was awarded a Guinness World Record for the longest motorcycle ride through a tunnel of fire in 2008.

But he crashed in 2013 while attempting to break his record and suffered third-degree burns on his hands and back which required surgery at a burn clinic in Los Angeles. 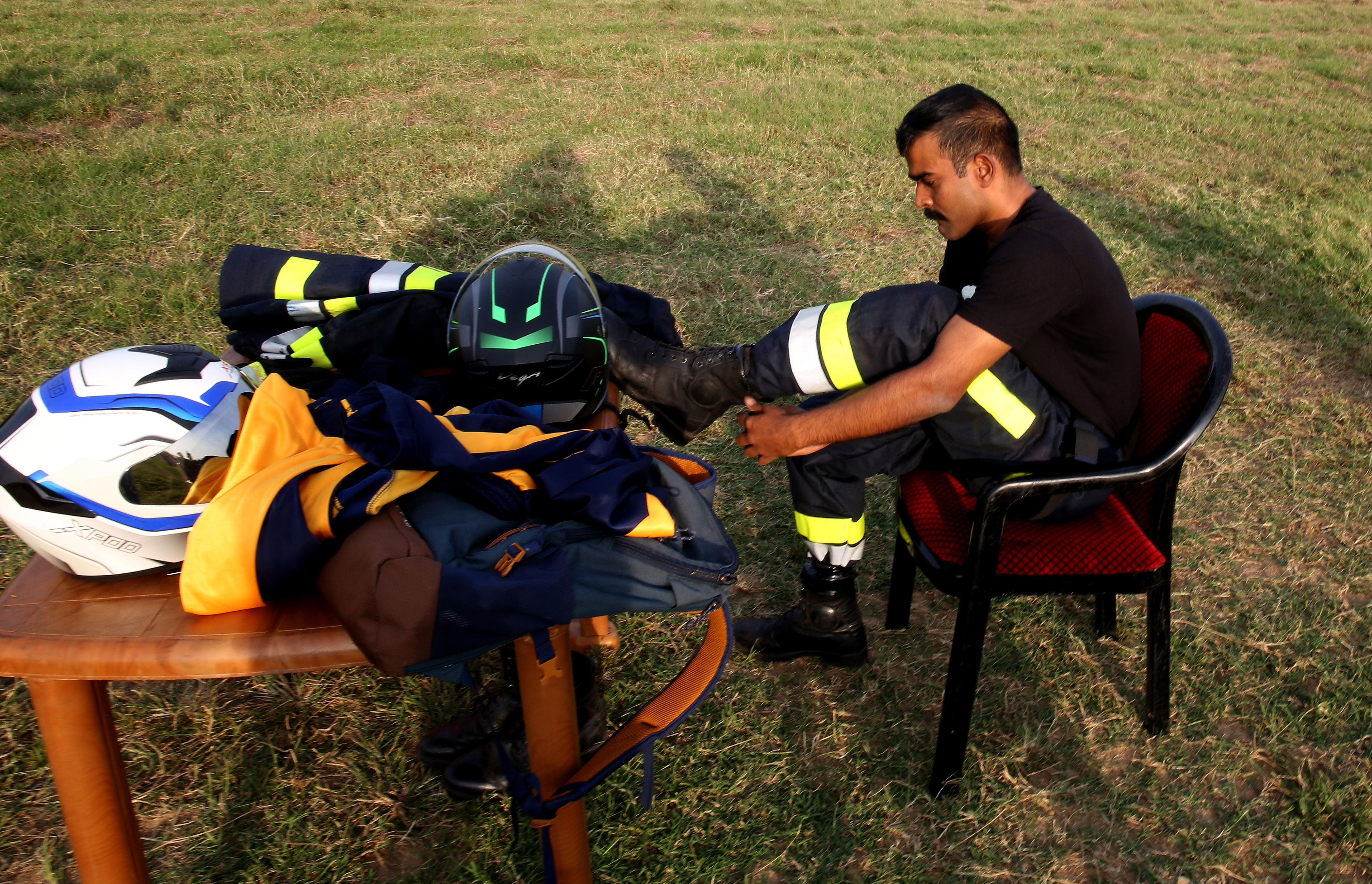 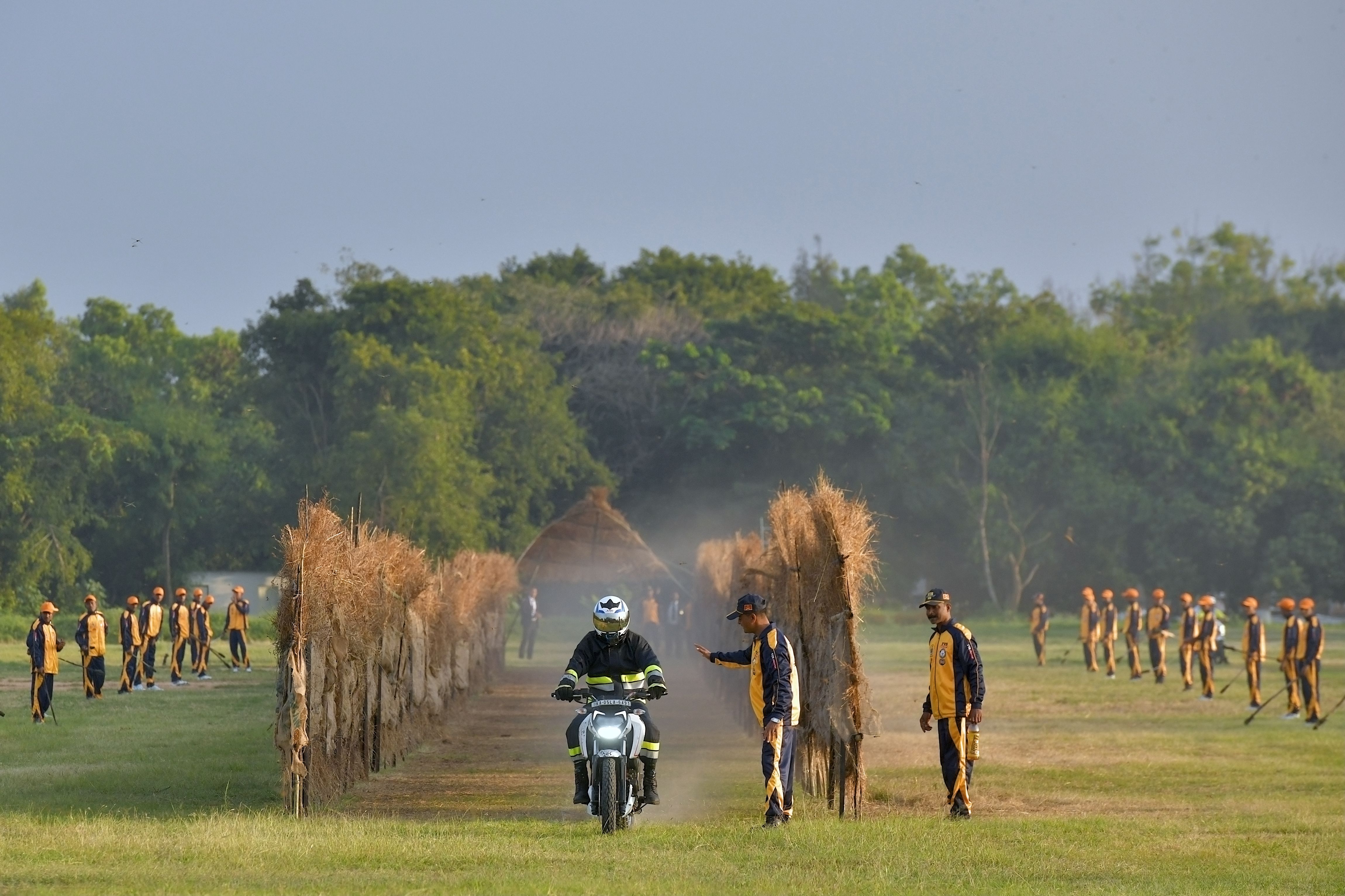