David Davis today became the first Tory MP to publicly warn he will vote against Rishi Sunak’s Budget if it includes tax hikes.

The Chancellor is expected to deliver a financial address either next month or in November as he sets out the Government’s plans to balance the books in the wake of the coronavirus crisis.

Mr Sunak gave a stark warning earlier this week that tax rises could be in the pipeline as he told Tory backbenchers that the Government needed to be ‘honest’ with the public ‘about the challenges we face’.

He insisted that ‘doesn’t mean a horror show of tax rises’ but Tory MPs are increasingly concerned that the Chancellor will move to increase at least some levies.

Amid growing disquiet among Conservative figures, Mr Davis, the former Brexit secretary, said he had never previously voted against a Budget but ‘if it’s a tax-raising Budget I will’. 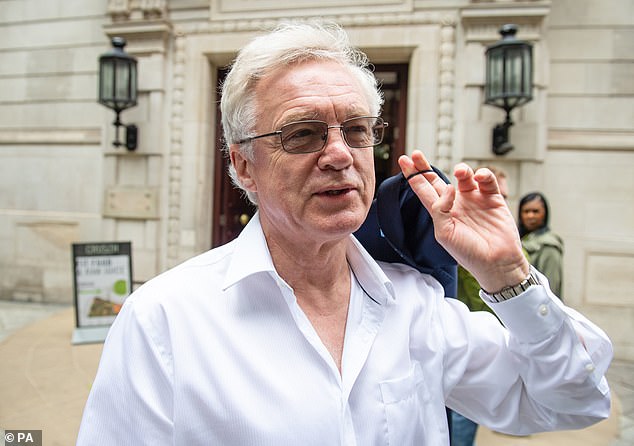 David Davis, the former Brexit secretary, has said he will vote against the Budget if it includes tax hikes 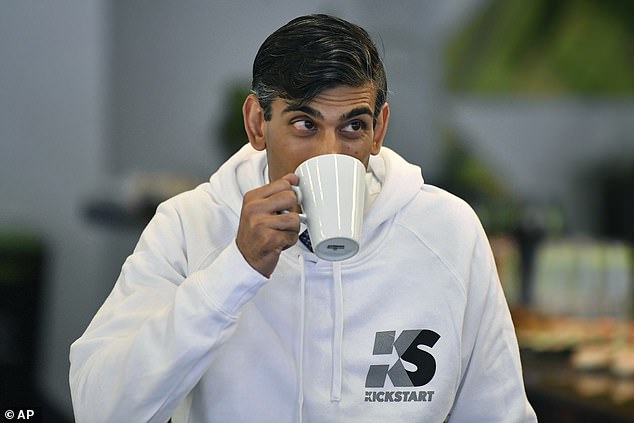 In comments first published by the HuffPost website and which are due to be aired on the BBC Radio 4 Week in Westminster programme tomorrow, Mr Davis said: ‘It’s entirely possible that with a sort of tax-the-rich Budget they could get through on Labour numbers I suppose.

‘But it would be a very sorry day for a new Tory chancellor, losing God knows how many Tories.

‘I’m not exactly the most virtuous person in terms of not voting against my party.

‘But I’ve never voted against a Budget in my life. If it’s a tax-raising Budget I will.’

His comments came after a former Conservative minister told the Telegraph that they ‘won’t be voting for the Budget’ if it proposes putting up taxes.

‘Tory MPs are going absolutely insane in the backbench WhatsApp group,’ they said.

Downing Street has been playing down rumours of a 5p increase in fuel duty, and increasing corporation tax in the Autumn Budget.

The Treasury has also reportedly been drawing up plans to raise Class 4 NI contributions that are paid by the self-employed.

The Chancellor revealed his tough message to MPs on Wednesday after he failed to cover up a sheaf of speaking notes when he was leaving Downing Street.

Mr Sunak’s notes for his address to ‘Red Wall’ Tory MPs said: ‘We will need to do some difficult things, but I promise you, if we trust one another we can overcome the short term challenges.

‘Now this does’t mean a horror show of tax rises with no end in sight.

‘But it does mean treating the British people with respect, being honest with them about the challenges we face, and showing them how we plan to correct out public finances and give our country the dynamic, low-tax economy we all want to see.

‘This is what we will deliver for you.’

Boris Johnson also addressed the gathering of MPs from the 2019 intake as he said the coronavirus crisis had ‘been tough’ but was ‘about to get tougher’.

‘The waters are about to get choppier,’ he reportedly said.