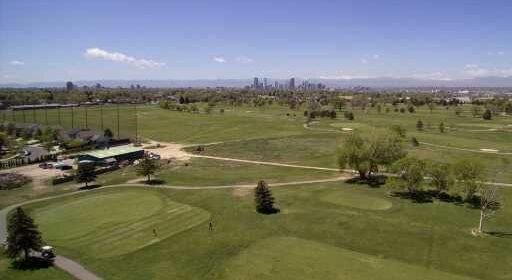 Denver leaders this week are launching a planning process for the 155-acre former Park Hill Golf Club site that has been protected as golf-related open space under a legal restriction that blocks development.

City officials on Monday told The Denver Post their “visioning” process is necessary to explore how this conservation easement could be changed.

But a coalition of residents ramped up their opposition, saying city officials are wasting time and money planning for development that cannot be done.

At a forum Monday, opponents urged city leaders to use $5 million in open space tax funds to buy back the land developer Westside Investment Partners purchased for $24 million in 2019. They said this is a last relatively inexpensive chance to preserve open space near the city center, casting it as a battle for justice and the soul of the city.

Low-income north Denver residents along Interstate 70, just north of former golf club, increasingly feel impacts of air pollution and climate warming, “and access to nature and green space is even more important for less well-off residents who do not have the easy access to our beautiful mountains,” Elyria and Swansea Neighborhood Association president Drew Dutcher said at the forum.

Some neighborhood residents are posting red “Save the Park!” lawn signs in what has emerged as a flashpoint in a broader citywide collision of demands for closer access to nature with city interests in developing open land.

The Park Hill land stands out as the largest open parcel and the only one already protected legally under a conservation easement. In 1997 under Mayor Wellington Webb, Denver paid $2 million to place the restriction perpetually preventing development.

Denver green space hasn’t kept pace with population growth as developers install residential and commercial buildings. The city has fallen behind other major cities in park space, with about 8% of Denver designated as parks compared with 20% and greater in other large American cities.

City Councilman Chris Herndon, representing residents east and south of the open land, has supported the development of at least a portion, adding “amenities” such as a grocery store along with new housing and other businesses. There’s already a Park Hill Supermarket a couple of blocks from the land on the west side of Colorado Boulevard — a low-income neighborhood represented by Councilwoman Candi CdeBaca, who on Monday weighed in for preserving open space.

“This city, especially our area, needs not only recreational green space but the pollution buffer of a green space next to the expand highway (I-70),” said CdeBaca, who last year tried unsuccessfully to refer a measure to the November election ballot that would have given voters a say before city officials could convert protected open space.

“The city is paying for an illegal planning process,” she said. “Green space in Denver is falling as we grow, and I believe there is a first step to plugging the hole and that is not developing current green spaces — especially ones we paid to stop from being developed.”

The conflict may turn on legal interpretations of the conservation easement. It refers to “open space” purposes and says the land must be preserved for golf and “such unrelated recreational uses such as ball fields, tennis courts, etc.”

Colorado’s law governing easements says they cannot be changed without court approval. Under a 2019 amendment to that law, easements can only be changed if a judge finds continued conservation of the land is impossible.

Denver Mayor Michael Hancock and City Attorney Kristin Bronson declined to discuss this matter directly. Bronson responded to questions by email, suggesting that the city could invoke “home rule” authority as a basis for the City Council to change the restriction without court review.

“Any changes to the easement would require action by City Council,” Bronson said. “The easement is subject to any applicable state laws and the city’s home rule powers. In order to determine the applicability of such laws, it would be necessary to first establish, through the planning process, what specific changes, if any, might be proposed.”

City officials said they’ve heard from residents who support a city-led process to explore future uses of the land “as an alternative to the inaccessible and obsolete golf course,” Bronson said. “The city feels an obligation to help facilitate that public process.”

Westside Investment Partners officials intend to be involved in the planning.

“We are very much looking forward to working with the neighbors during the city-led Visioning Process on what they want and need in their neighborhood and together coming up with a shared vision that can be so much better than just a golf course,” Westside principal Kenneth Ho said.

The opponents have accused city officials of stonewalling and contend a 26-member planning “steering committee” is stacked in favor of developing at least a portion of the land. Ho in the past has suggested 60 acres could remain as open space.

The Clayton Foundation owned the land from the 1980s through 2019. When the golf course run by a contractor closed in 2018, Clayton sold the land to Westside for $24 million — far less than other land around the central city due to the conservation easement.

Information on the city planning department’s website provided for Tuesday’s kick-off meeting declares that the conservation easement restricts use of the land to “a daily fee, 18-hole golf course” and that a 2019 legal agreement between Denver and Westside allows up to three years for a public process to determine whether “the community wants to continue limiting the future use of this property to a golf course.” Hancock is quoted as saying his priorities “have always been preserving open space and extensive community input.”

Hancock and city officials argue that neighbors living closest to the land should guide future use.

Save Open Space Denver member Woody Garnsey challenged that narrow focus. “The conservation easement is a city-owned real estate asset acquired by all Denver taxpayers for the health, environmental and recreational benefit of all Denver citizens.”

At the virtual kick-off of the “visioning” process at 5 p.m. Tuesday, city officials say, participants will be asked whether they would like to see restoration of the golf course, public park amenities, neighborhood stores and services, simply open space, a bank, entertainment, housing, after-school programs, community gardens, some combination, or “something completely new.” The city hired a consulting firm, the Holleran Group, to run a “small-area planning process.”

To register to attend the kick-off event, visit bit.ly/2NcURXx.