I am leaving the border region between Myanmar and Bangladesh with a sober assessment of the situation here. I travelled to the northern parts of Rakhine State, in Myanmar, where people fled violence in huge numbers in August 2017, and to the camps of Cox’s Bazar in Bangladesh, where they found refuge.

I met those who stayed and those who left and it is clear that people are suffering on both sides. People lack secure housing, electricity, latrines, medicine and health care. There are few options for people to earn an income to allow them to move beyond aid and emergency conditions. 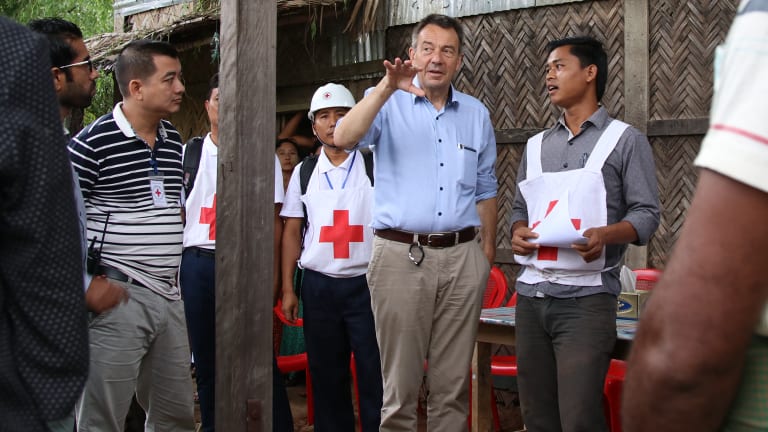 Peter Maurer visits Nga Khu Ya village in Myanmar, where those who did not flee violence are now also relying on basic aid to survive.

More than a million people live in misery, held hostage to a profoundly unsettling contradiction. Those sheltering in the camps of Cox’s Bazar live in shocking conditions that violate human dignity. With the monsoons arriving, their lives will only get worse. They cannot stay and they cannot return.

I cannot claim that life for those in Rakhine State is significantly better. In this remote, rarely-visited area, we drove through the areas where villages once stood. Little remains now and the vegetation is rapidly reclaiming the land. In other parts, former schools and health centres stand empty.

In one village I visited, only 2,000 of the original 9,000 villagers remain. I spoke with all communities – Muslim, Buddhist and Hindu. They described how the social fabric and local economy have been destroyed, making people entirely reliant on humanitarian aid.

The conditions are simply not there for large numbers of people to return home.

If I look at the landscape today, I cannot help but question whether in 20 years we will find ourselves in exactly the same place, with huge numbers of people still scratching out a desperate existence in these camps. The children I met deserve a better future. They must not become a new generation living in "emergency" conditions. 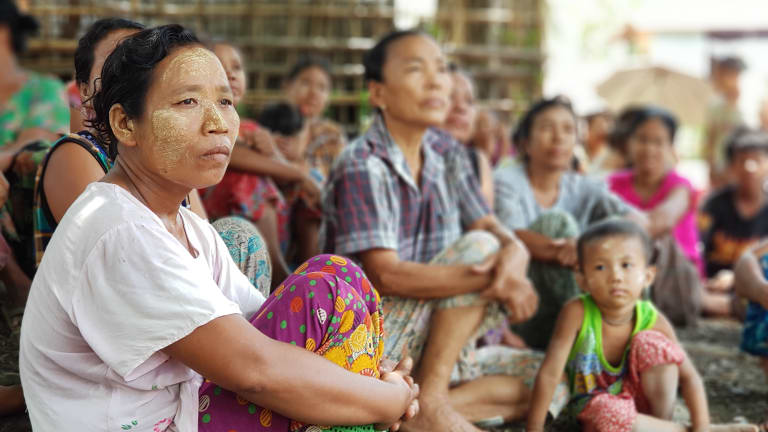 Our collective best efforts must break this intractable situation and address its root causes.

As one of the first responders in Cox’s Bazar, the International Committee of the Red Cross has been able to meet the most urgent needs of people living along the border areas, including those of the host communities. In Myanmar we are doubling the distribution of food rations to help communities during the monsoon season, as many areas become inaccessible.

These are lifesaving measures but they are not long-term solutions. People need sustainable answers and they need hope for the future. They need inclusive political solutions, environmentally sustainable economic investment and a strong commitment to humanitarian law and human rights.

If those who have fled are to return to their homes in Myanmar, they require effective political steps towards ensuring freedom of movement; access to basic services; freedom to undertake economic activity and access to markets in Rakhine; and most importantly trust in security arrangements made for them.

I am not here to apportion blame. There has been no shortage of initiatives to solve the problem. Both governments are making efforts and I’m convinced of their goodwill. During my visit I met with defence and political leaders in Myanmar and Bangladesh.

But so far, despite all the talking and all the efforts, too little has changed for the people. The ICRC will continue to play its part in responding to this humanitarian crisis in both Myanmar and Bangladesh. We also need urgent political solutions enabling families here to have a much more safe and dignified future.

Peter Maurer is president of the International Committee of the Red Cross.